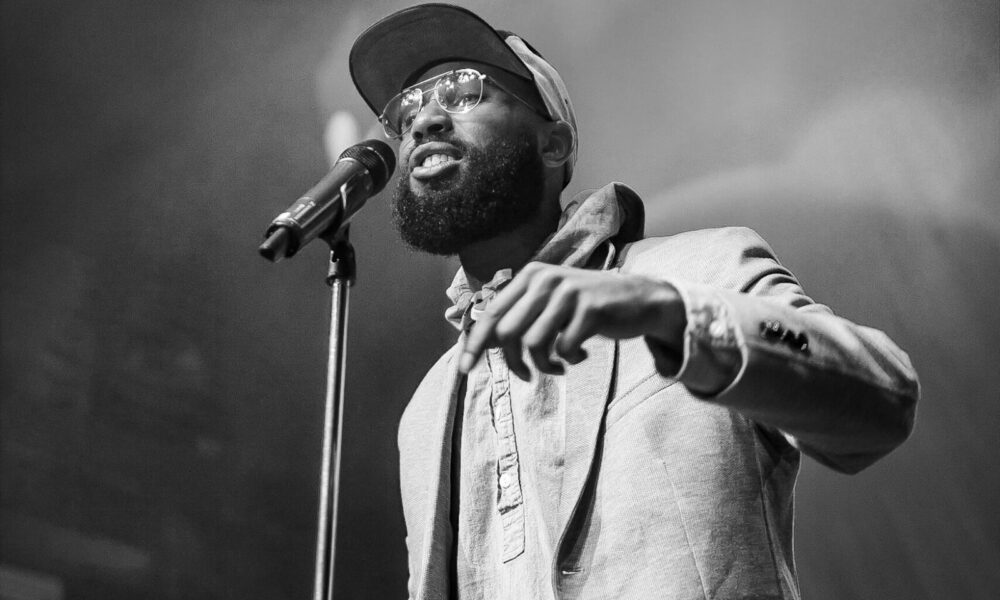 Today we’d like to introduce you to Tripp Fontane.

Tripp, we appreciate you taking the time to share your story with us today. Where does your story begin?
I’ve always been in love with music and storytelling. Growing up on Funk, Soul, and Blues will do that to you. In elementary school, though, Rap music stole my heart. Groups like Outkast and Bone Thugs n Harmony made music sound ways that I had never heard or experienced before. I wanted to make sounds like that. I wanted to give people the feeling they gave me. I wanted to give people the feeling Hip-Hop gave me. So, I wrote my first song in 1998. Oddly enough, it wasn’t Rap. Instead, it was a parody record of Backstreet Boys’ “I Want it That Way.” Being a massive fan of comedy, Weird Al inspired me to make music that entertained people differently. I performed that song for my mom and her friends, and they loved it.

The year was 2002. The Smack DVD Battle Rap series was taking over the streets. The bootleg man used to sell them at the barbershops, which was how my classmates and I got ahold of them. We, a group of Black boys fresh into puberty, saw these rappers as the mighty giants we wanted to become. Every day for the next three years, we would have freestyle Rap battles in the bleachers. Every day we would test our might and refine our skills. Those battles would set the foundation for the artist I was to become.

By the time we were freshmen in high school, Rap had revealed itself to be just a phase for most of my classmates. Whereas I was beginning my journey into the culture we call Hip-Hop. I knew nothing about making music but quickly aligned myself with other kids who considered Rap to be more than a hobby. I ended up rolling with a crew of guys that inspired me to take the craft of rapping seriously. I was in the studio almost every day in high school. Even if I wasn’t the one making records, which was most of the time, I was there to learn. For the next four years, I worked tirelessly. I wrote every single day. Binders of records. Most of which I knew I’d never record, but I knew I needed to improve. With great practice came significant improvement. I dropped two LPs in high school and sold both on burnt CDs around the school. I climbed the ranks and became known as one of the best rappers in the school. And, of course, I was still willing to battle anyone that thought otherwise.

Even with all that work, there was another seed planted that would give way to where my art career would take me. Mrs. Watkins was my writing teacher during junior year. It was an easy class for me as I already enjoyed writing. The poetry unit, however, was the coursework that altered my journey. After submitting all the required work that Friday, I went on about my weekend as usual. Musically. That Monday, Mrs. Watkins asked me to stay after class. Naturally, I’m thinking the worst. But, on the contrary, she gave me high praise for my poetry portfolio, a list of authors to explore, and a word of encouragement. That encouragement picked me up at a time least expected.

When I got to college in 2008, regional sound in Rap music was beginning to fade from the airwaves. Trap music was well on its way to becoming the standard for production. However, I was still heavily influenced by Midwest and east coast music, and my mixtape reflected that. Consequently, no one wanted to hear the “miracle lyrical spiritual” Rap music anymore. I couldn’t move my music to save my life.

Spring semester rolls around, and the annual NAACP Open Mic is coming up. I figured this would be as good a time as any to perform some of my music and see what type of response I could get live. I had no idea what to expect because this was my first open mic event, and I was amazed. I had only seen Spoken Word on Def Poetry as a kid. Up and to that moment, I never considered how close it was in relationship to Rap. That sparked it. I was going to do one of my songs, acapella, so they would have to listen to ME instead of the “outdated” production. Everyone started calling me a poet, so I ran with it. Mrs. Watkins had been right all along.

The following year a few friends and I entered a talent show as a group cleaned house! We were a hit. From there, we went on to get booked for the campus step show and just about every other major event that year. I even had the opportunity to open for Black Thought.

From post-college to now

After a few slow months and bad contracts, I decided to throw my own shows. It felt like the only way to be heard AND treated fairly as a “local” artist. That put me on the same stages as legends like Black Ice, Huggy Bear, and Sunni Patterson. Along with hitting every slam and open mic possible, producing shows gave me the foundation I still stand on to this day. We went from cafe to theatre to an international tour in 5 years. I released multiple projects during that time, from instrumental albums (Love & War) to a book (All is Fair).

Since then, I’ve made history as a poet in Cuba, becoming the first American Spoken Word poet in the Biennal celebration. I was the face of the 100-year commemoration of the Harlem Renaissance. In addition, I was featured in multiple exhibits at museums around the country. As far as shows go, I do more producing and hosting these days as my focus has been the equitable treatment of Black artists. I don’t want those who lack connections and resources to spend ten years just to get to ground zero. If we aren’t doing well, then I’m not doing well.

I’m sure you wouldn’t say it’s been obstacle free, but so far would you say the journey has been a fairly smooth road?
It’s by no means been a smooth road. But a smooth road would be boring, wouldn’t it? I come from poverty and a dangerous environment, so there’s not much that one could classify as smooth. Some of the hardest things to deal with are inconsistent funds, lack of resources, and folks who are more than willing to take advantage of you. Personal issues roughen the road a lot too. Overthinking, lack of confidence, and learning to evolve past your experiences.

Appreciate you sharing that. What else should we know about what you do?
Spoken Word Poet and Event Producer

I am most known for my poetry and ability to freestyle for extended periods of time. I specialize in performance and show hosting.

I am most proud of having toured internationally as an independent artist. Up and to this point, I have never had a major label or publication cosign me or my work. It’s all been off faith and work.

Can you share something surprising about yourself?
I still get nervous before shows. I meditate a lot, so I know how to use the energy, but I’m definitely always nervous. 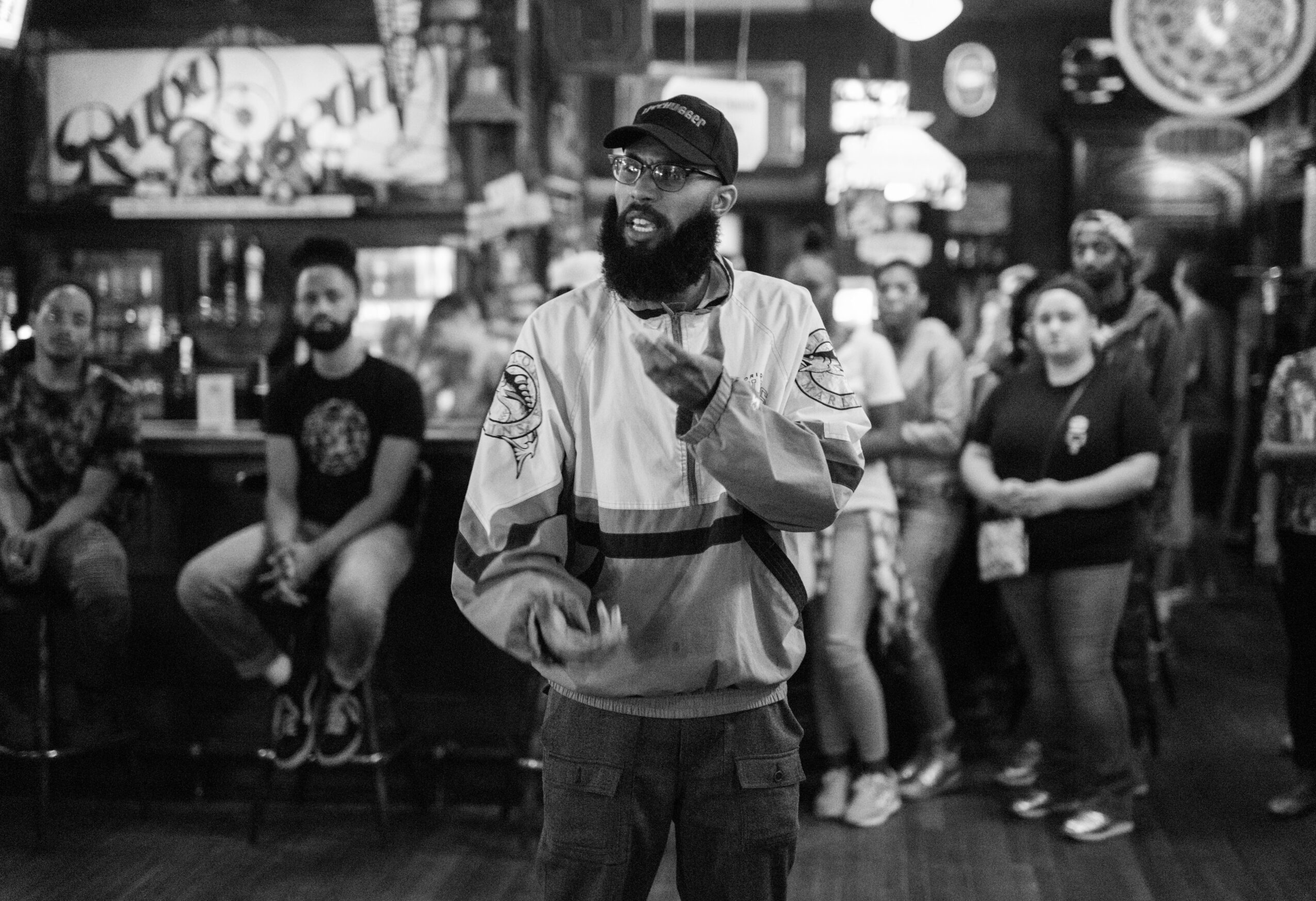 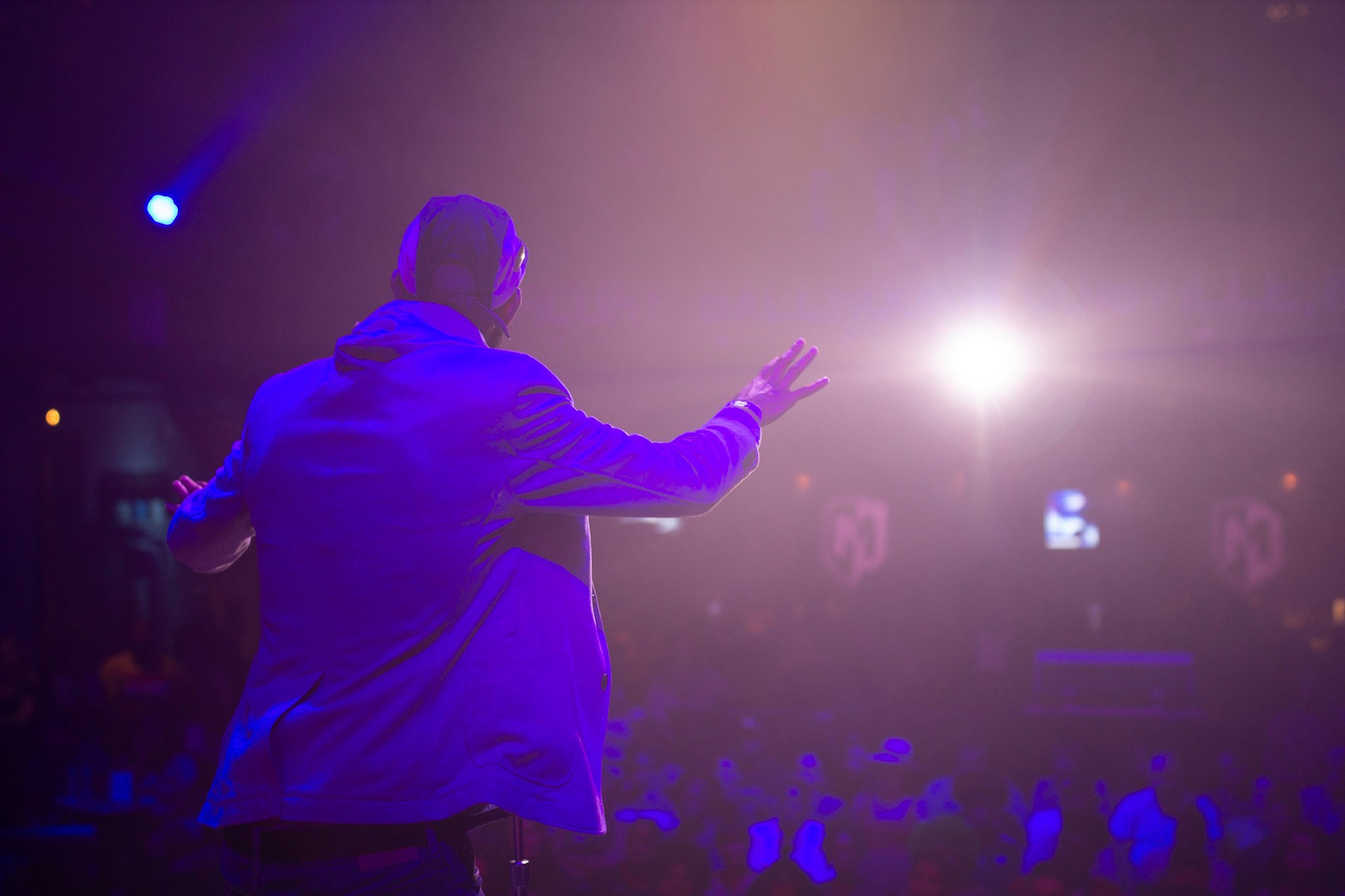 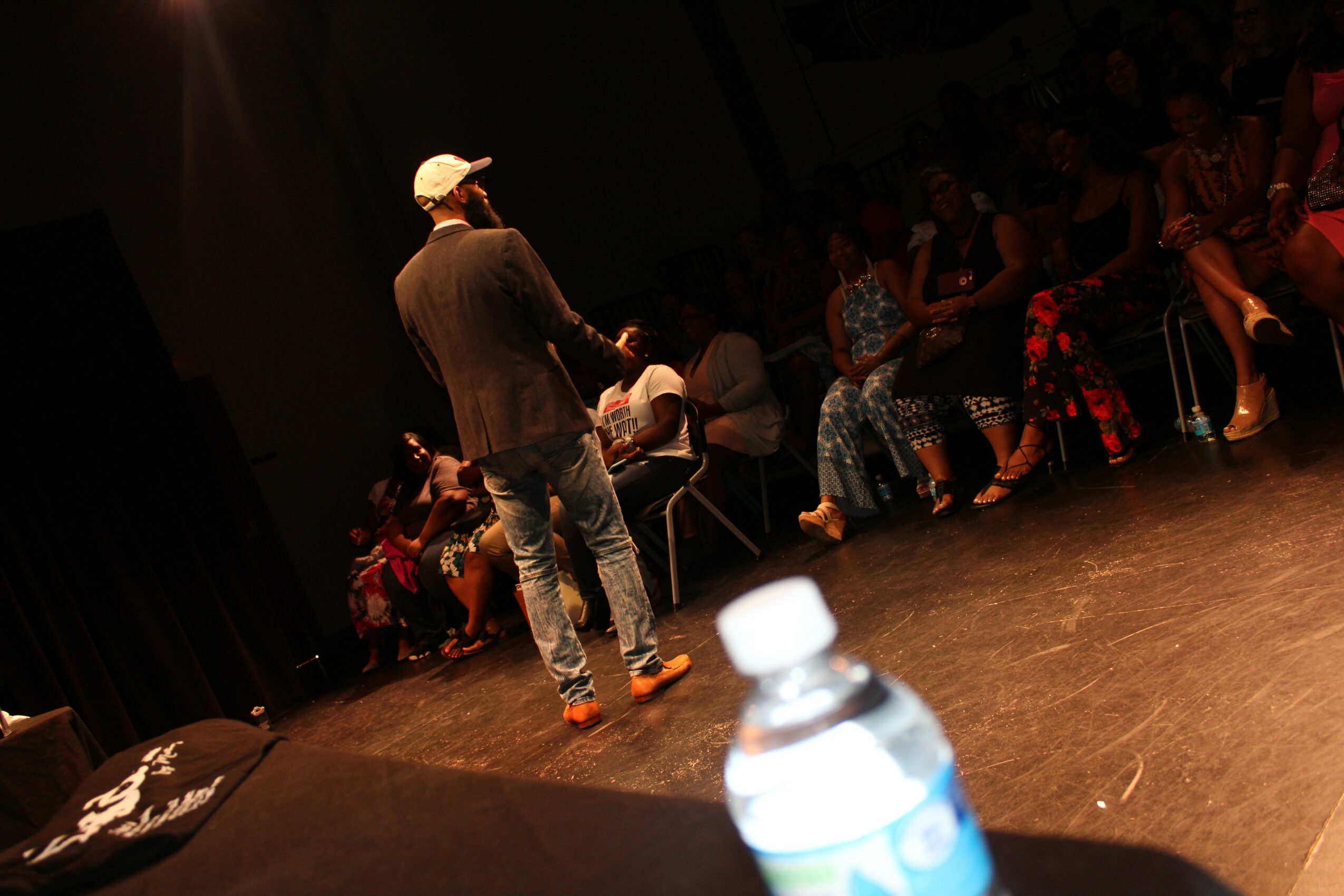 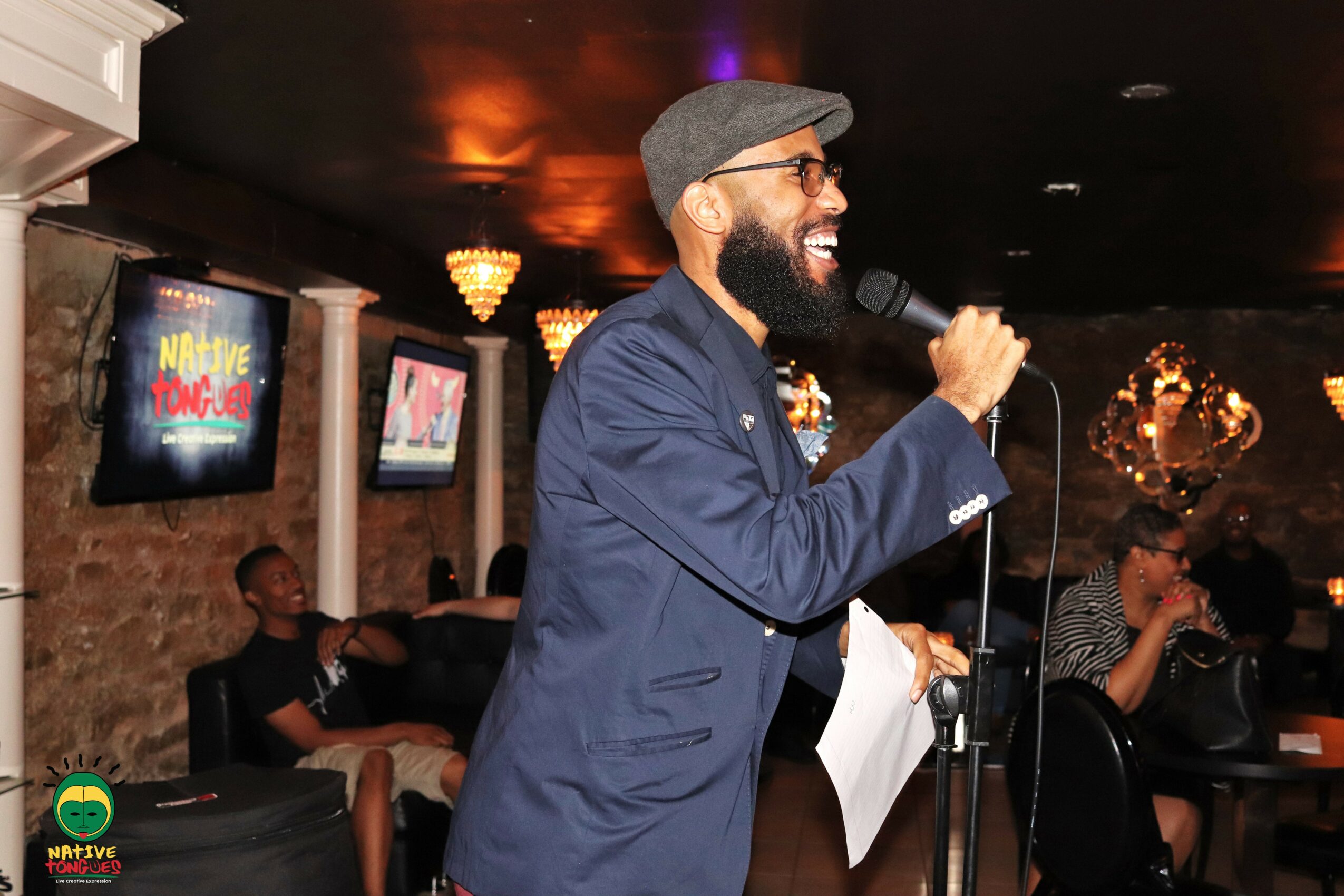 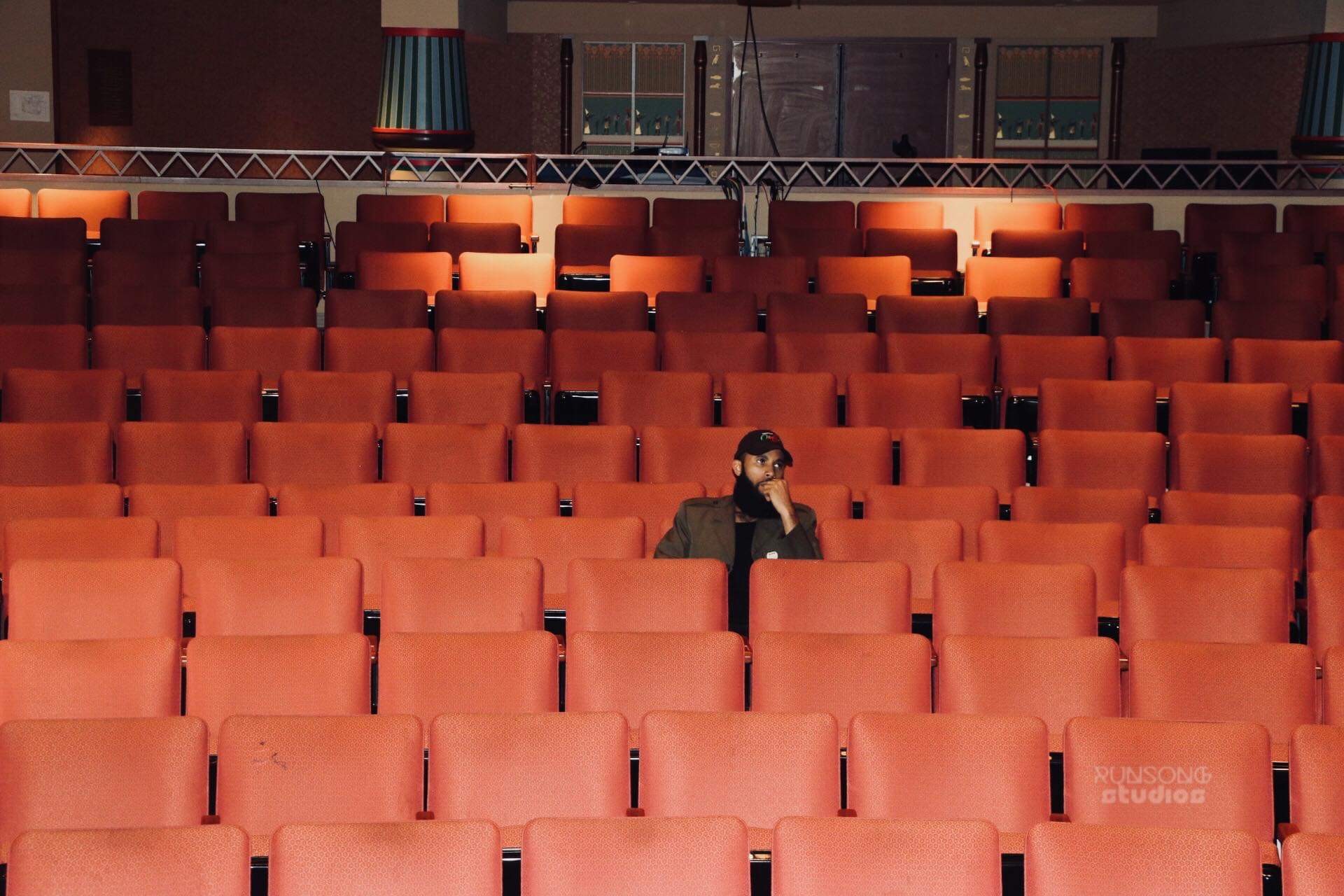 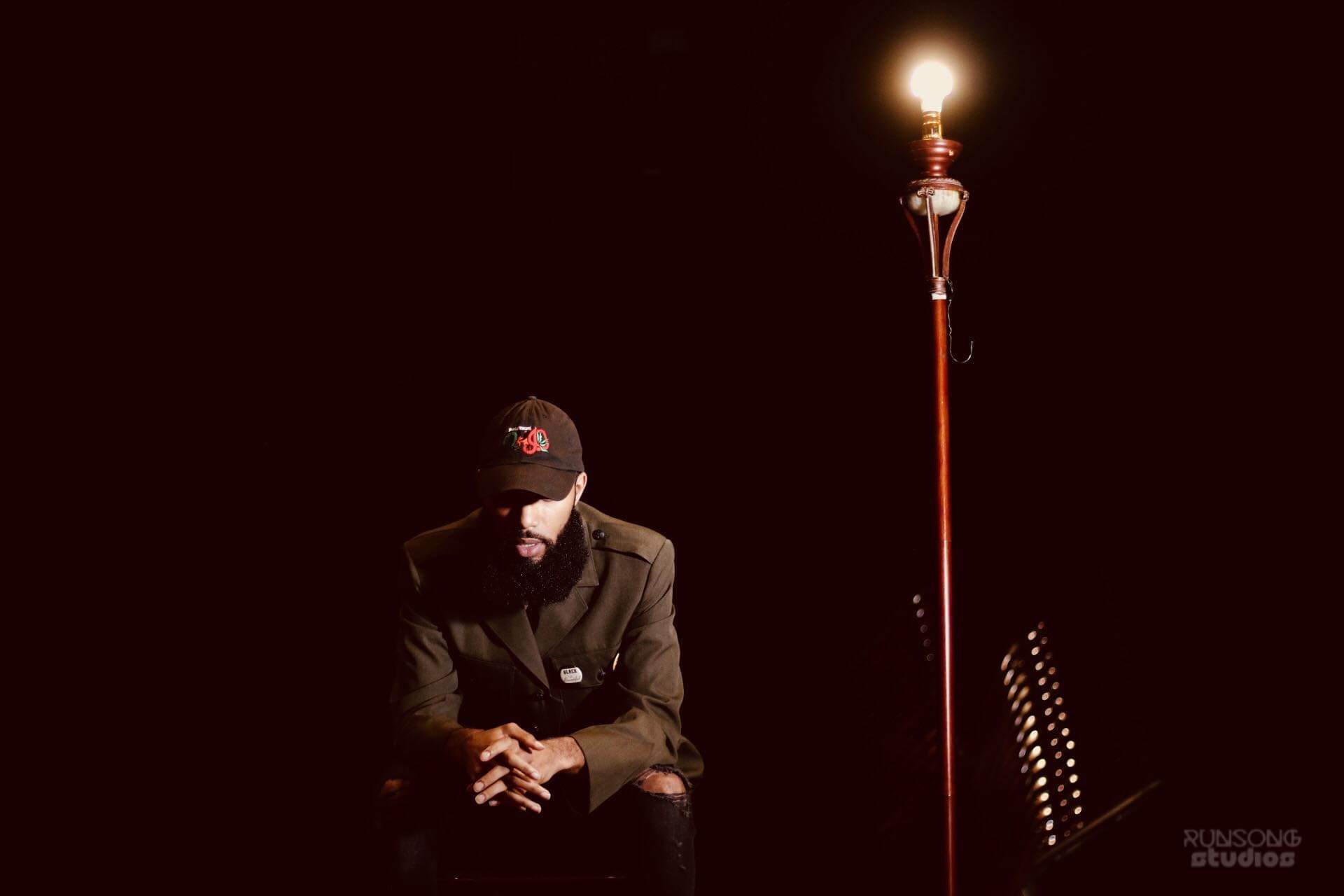 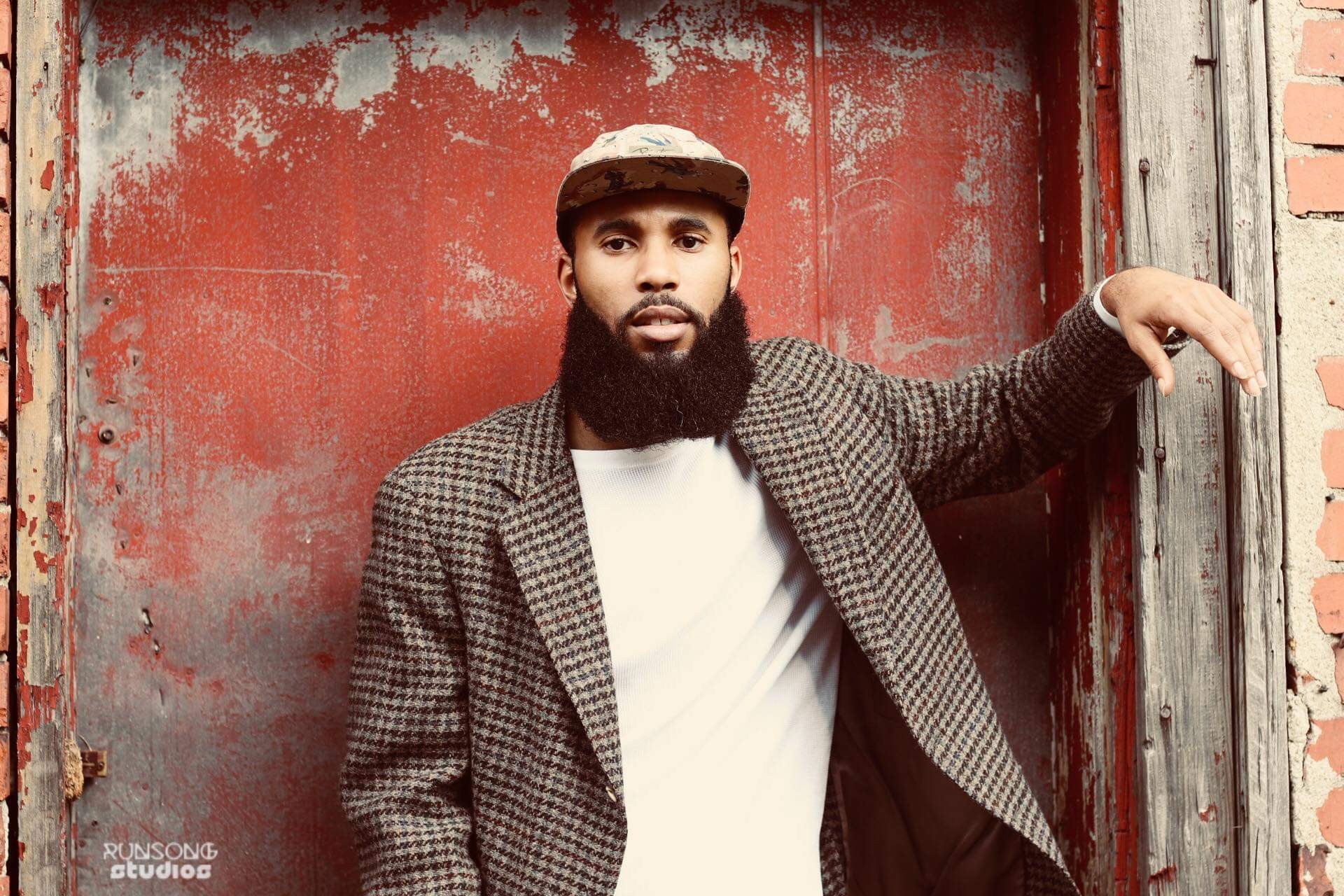 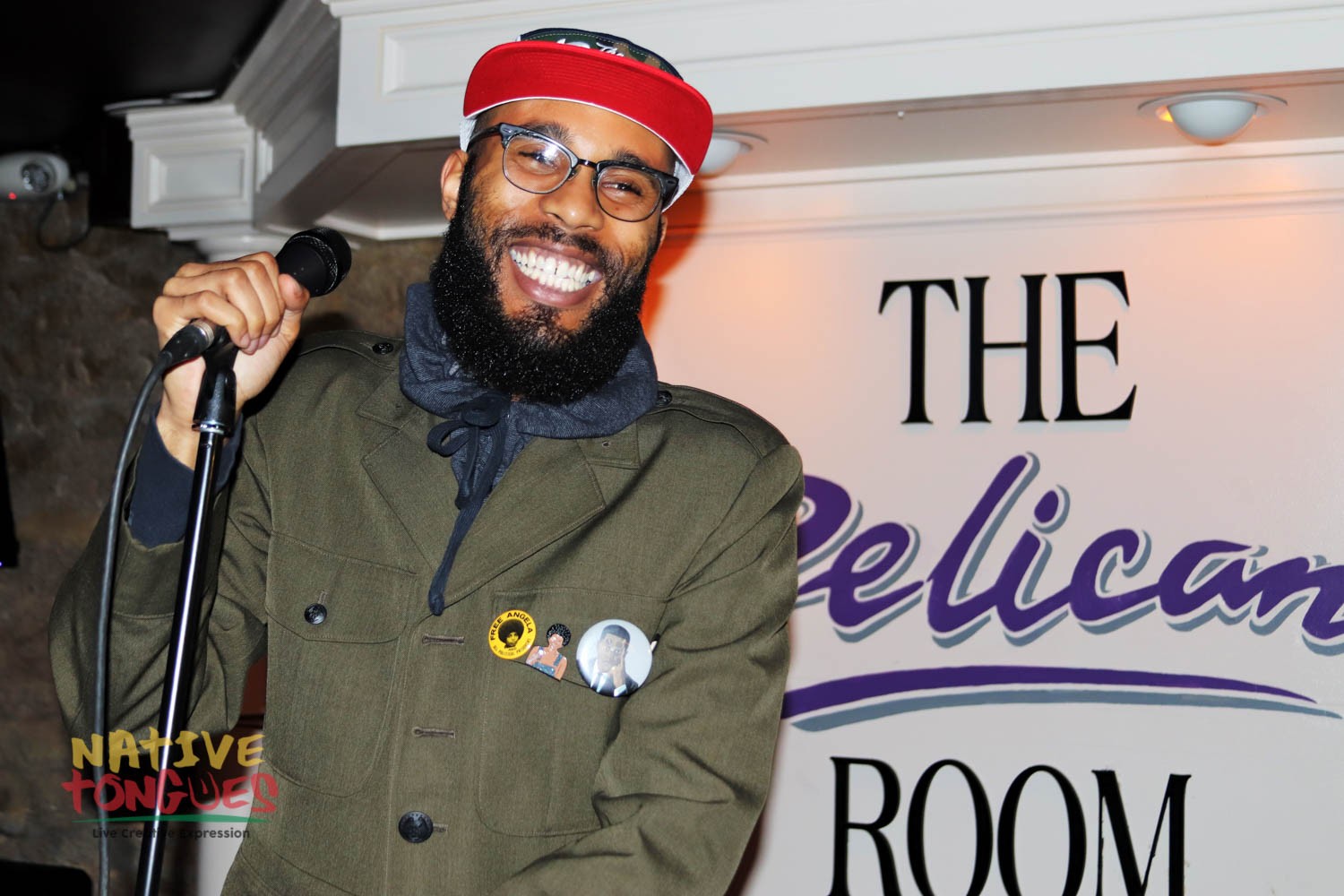