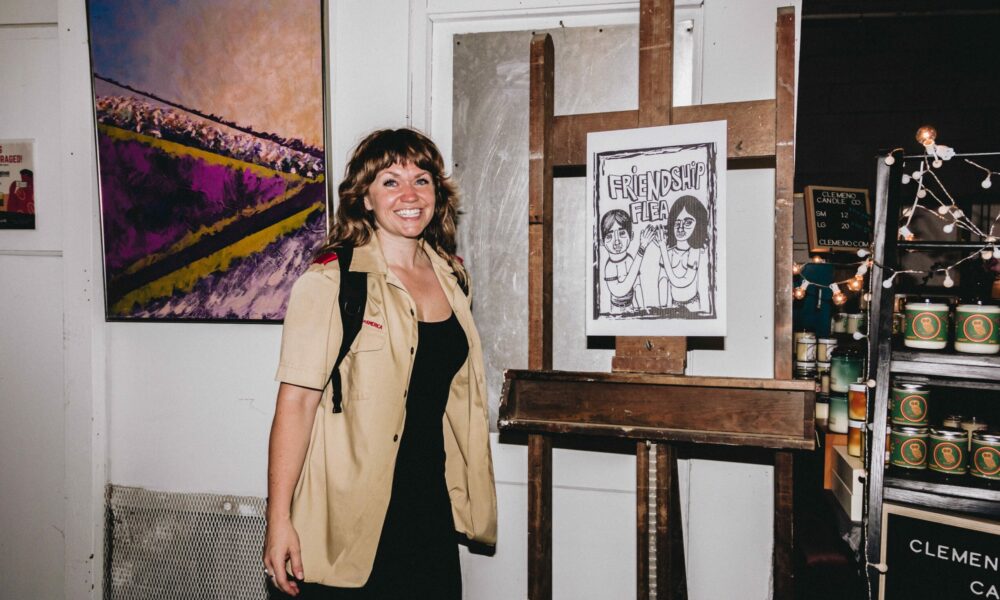 Today we’d like to introduce you to S-J Smith.

Hi S-J, so excited to have you on the platform. So, before we get into questions about your work-life, maybe you can bring our readers up to speed on your story and how you got to where you are today?
I’m originally from Mobile, Alabama and relocated to Columbus for a work promotion from New Orleans, Louisiana in December of 2018…about one year before Covid. I spent most of my life in Mobile and had a child at the age of 16. Most of my life was spent simply “surviving” and doing my best as a young, working single parent. I studied psychology and history in college, and my professional life has been a bit colorful over the years. I spent many years in the service industry, ending up in restaurant management, spent a few interesting years in the world of promotional marketing and film and television background acting even worked on a taco truck, managed a sales team at a beer distributor, and most recently (pre-covid), managed a small fulfillment warehouse for a startup company, which is what led me to Columbus. I’ve been a bit of a “jack of all trades”, to say the least. Like many in 2020, I ended up on that unemployment train, but I thankfully had the good sense to put much of my time to good use. I had started a side gig in 2019, selling vintage clothing. I think I had just been looking to do something “more” and to feel a bit more fulfilled. My full-time position took up the majority of my time, so not much came of it until Covid. As terrible as this may sound, Covid ended up being good for me in some ways. It gave me a chance to focus on that side gig (I don’t love that term, but it fits). I spent many hours doing webinars and learning about how to grow that business. My biggest struggle during Covid and throughout all of this, was my lack of friends and lack of connections in Columbus. I wanted to do so much and all the information I had been absorbing for months during isolation left me empowered yet still kind of alone and at a loss for where to take things. I decided to splurge on a space in a local co-working arts community, and my sole mission with that was to force my fairly introverted self to network and meet people. It worked, and I began doing local markets and selling my vintage and antiques. I wasn’t rolling in the dough by any means, but I had gained a newfound confidence in my abilities and had found a creative outlet that I believe had been missing for most of my life. After experiencing the thrill of meeting and connecting with people who liked what I was selling, I fell in love with the concept of the local flea market. I’ve always been a supporter of shopping small and shopping local, but to actually experience it on the other side…it really made me happy. This led to my somewhat impulsively creating Friendship Flea. The name actually was a joke, initially. I remember making a comment to someone that I was going to create my own flea market community and find some friends. It ended up being not too far off. That decision has led to so much growth and connection for me, and I have really been able to see what I’m capable of over this last year. In March of 2021, I created the Friendship Flea website. Less than a week later, a local arts community filled out the contact form on the site inviting the flea to pop up at their community. That first flea in April 2021 was donation-only and I had to scramble to find 15 vendors. I ended up forming a mutually-beneficial partnership with that community, 400 West Rich, and the neighborhood embraced the flea with open arms and grew fairly steadily over the following months and year to become a bit of a neighborhood staple. I now sometimes have over 100 applications for a single event, and I have over 50 vendors at each monthly flea. It has been a whirlwind and I struggle quite a bit to keep things going, mentally and financially, but I am thankful for where I’ve ended up and I hope to keep growing and finding ways to collaborate with and help others at the same time.

We all face challenges, but looking back would you describe it as a relatively smooth road?
It has not been a smooth road. I have quite a few mental health issues I battle daily, including C-PTSD, depression, ADD, and a sometimes quite-debilitating anxiety. It’s always been a battle for me, but spending COVID isolation in a new city with no support network, friends or family nearby really took it to a new level. I honestly don’t know how in the world I managed to create Friendship Flea during these crazy times and to have still kept it going for nearly a year. I think the friends I’ve made along the way, have really helped me from having a nervous breakdown… because I’ve come close more than a few times. The stress of running a business on my own is unlike any stress I’ve ever experienced. It’s in a class of its own. There’s such a weight I sometimes feel, and it can get to be too much if I’m not careful and if I don’t actively fight to keep my mental health in check.

As you know, we’re big fans of Friendship Flea. For our readers who might not be as familiar what can you tell them about the brand?
Friendship Flea is I guess what you would call a more artsy, curated flea market. I initially created it as a “pop up flea market” with the idea of finding all kinds of different local businesses to pop up at with a variety of vendors, bringing foot traffic and promotion to each of those businesses. I still do look for new pop-up venues, but the monthly flea at 400 West Rich in Franklinton, during Franklinton Fridays, ended up growing quite a bit and has been my main focus over the last year. I have popped in Clintonville and will be doing that three times this year as well after a successful pop-up last October. I take pride in have a unique and eclectic variety of vendors. I like to feature more alternative artists, dealers, and makers when I can, especially in the oddities and curiosities realm. I don’t want you to come to Friendship Flea and find the exact same vendors you’ve already seen at the last couple of markets you went to in Columbus. I think having a healthy mix of Columbus vendor-regulars along with vendors you don’t normally see is something unique about Friendship Flea. Another thing I have been passionate about from the get-go is making sure to include brand new first-time vendors—not just choosing my vendors based on their clout or social media. Not only do I offer a standard 10×10 tent space, but I also offer the option of a 10×5 shared tent space on my vendor applications. That has enabled me to include more “newbies” and also people who may not be able to afford the full vendor fee. I believe this has also created a unique sense of community. I pair the shared space vendors together and it’s a been a pretty cool thing to see. I’ve also noticed some other local markets have started taking this approach, and it’s really cool to see that my ideas have been adopted by others because it really benefits everyone. After Friendship Flea began to grow, I created a “sister market” which is an oddities market called “The Cult of Curiosities”, which has become its own thing and I am looking forward to growing that market this year as well

What quality or characteristic do you feel is most important to your success?
I think I have a resilience and determination and a level of resourcefulness that I really didn’t know I had. I mean, I always excelled in my professional positions in the past, working for others…but I always had someone at the top giving me directives and some form of guidance and goals. I have never been so completely in charge of something, from creation to execution along with everything in between, including creating goals and deadlines, creative strategy, the financial side, event production, and logistics, etc. I have been having to learn a lot of things on the fly over the past year, as I navigated doing something I’ve never really done before, and I have somehow been able to keep it going. My southern grandmother calls it “gumption”. 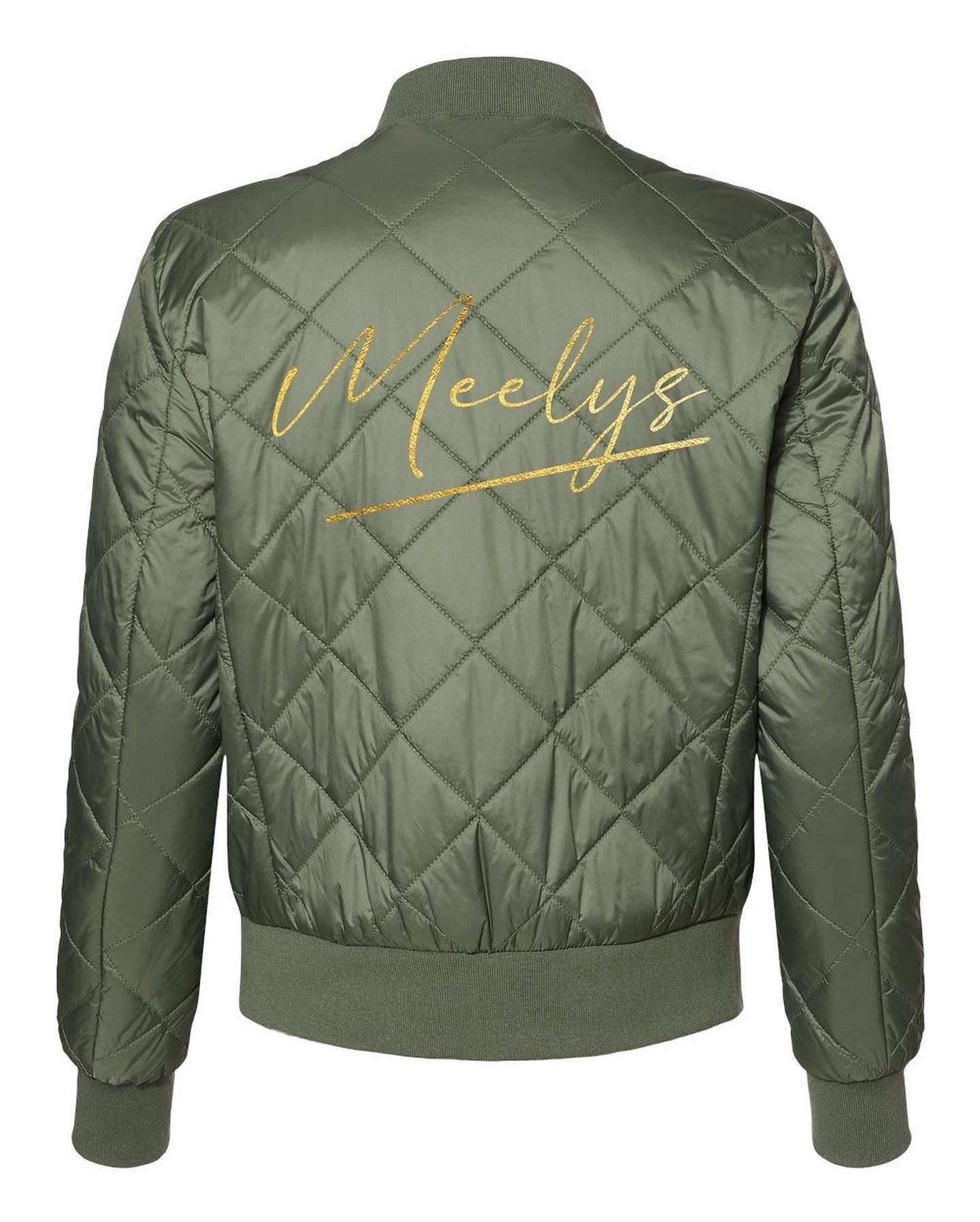 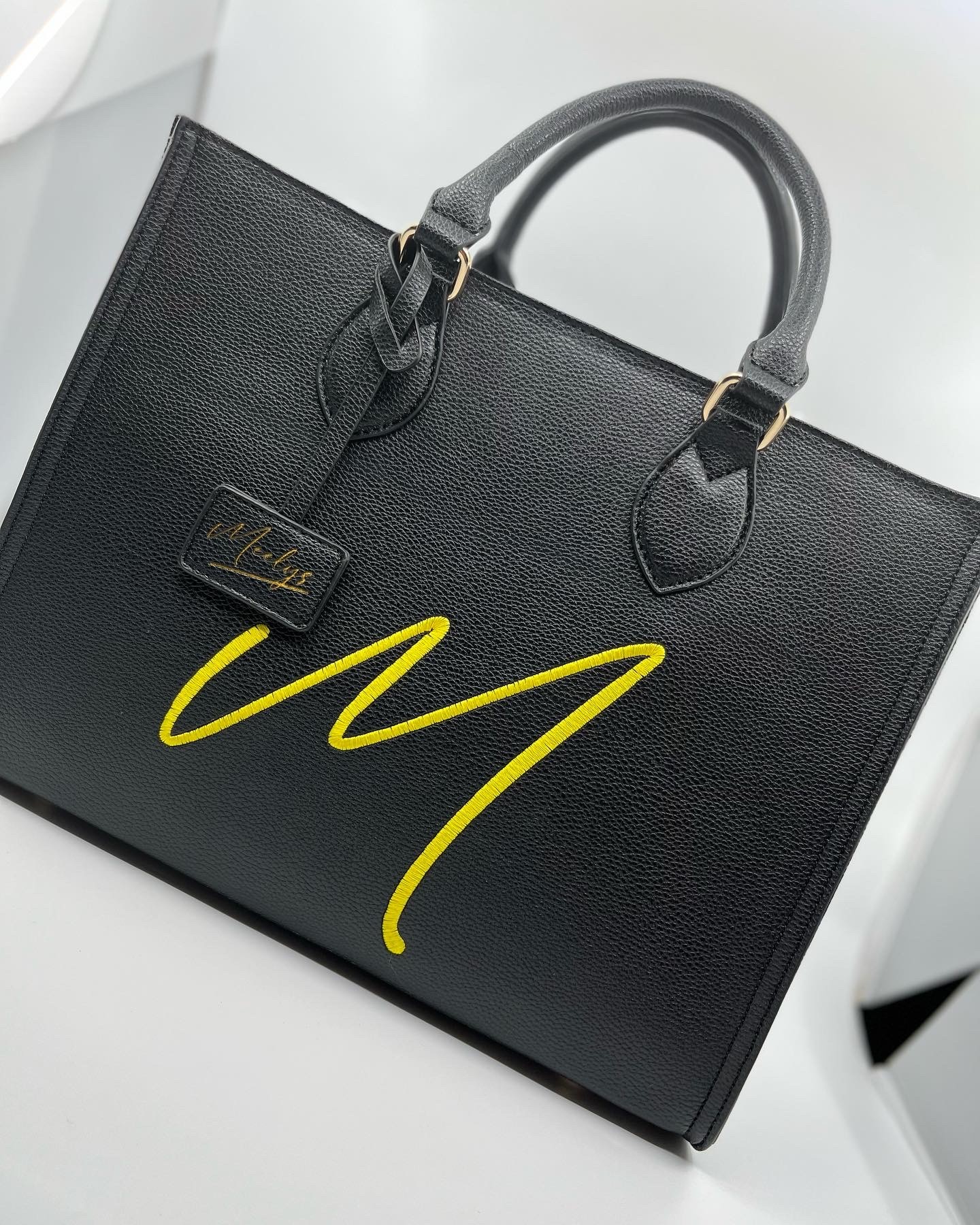 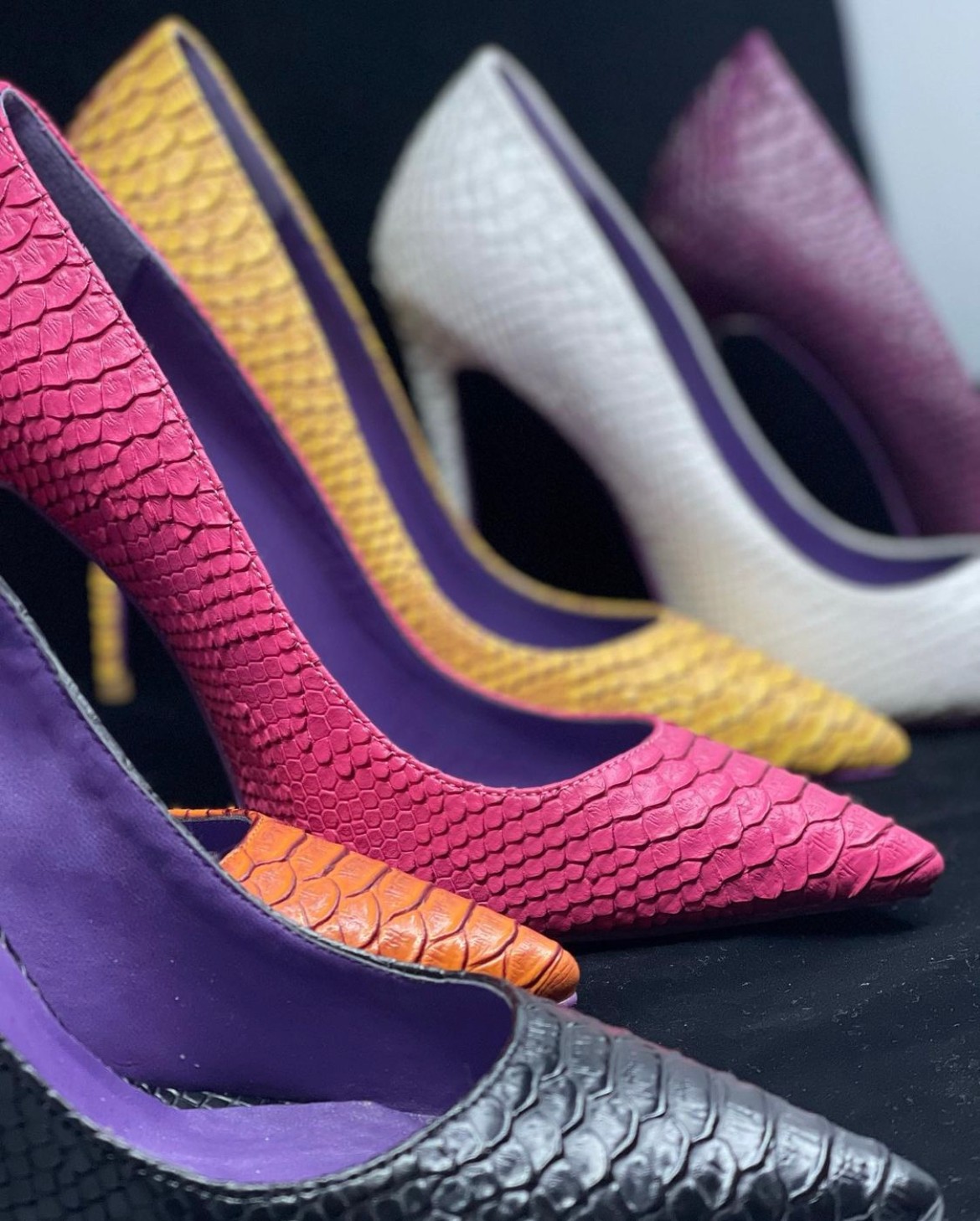 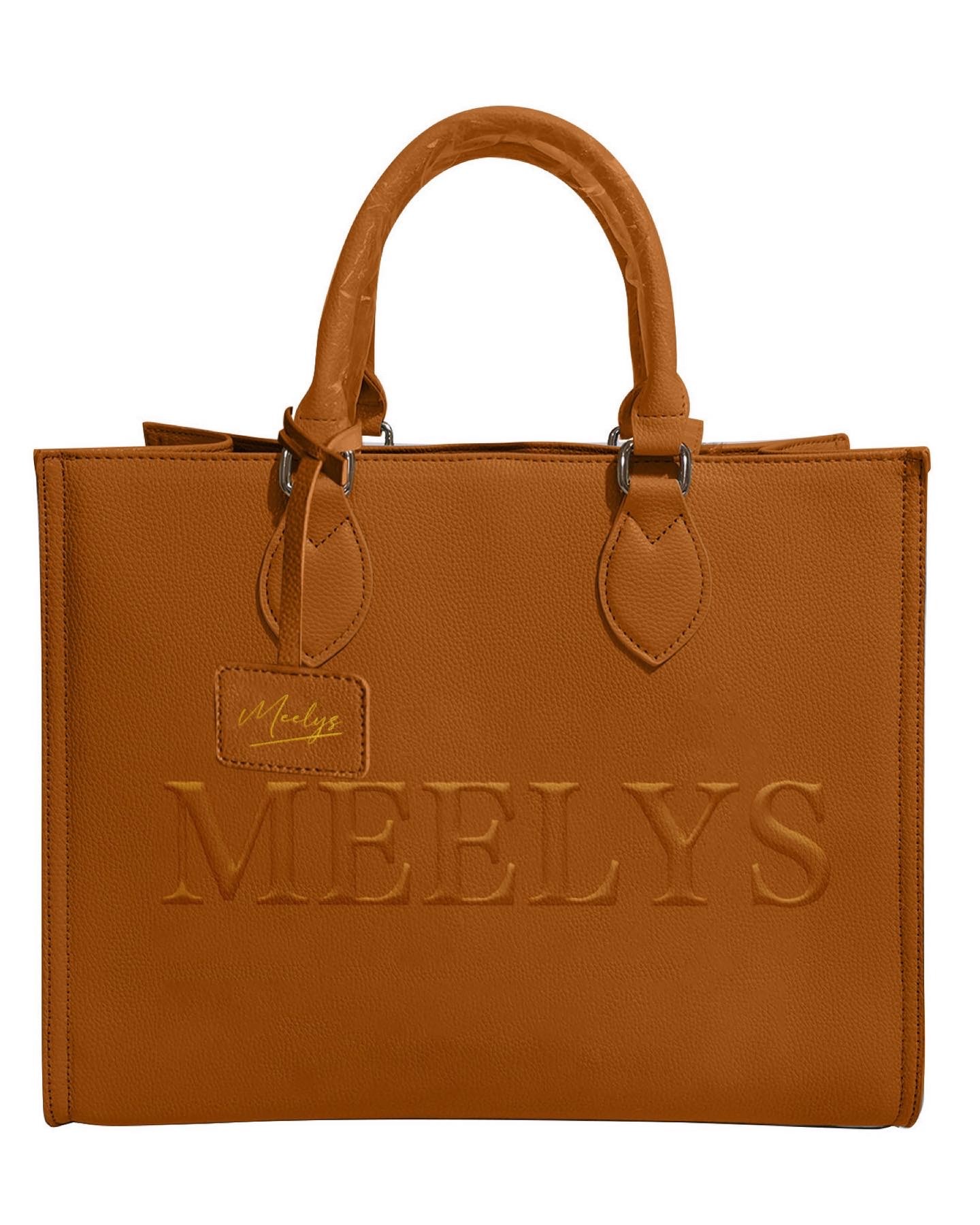 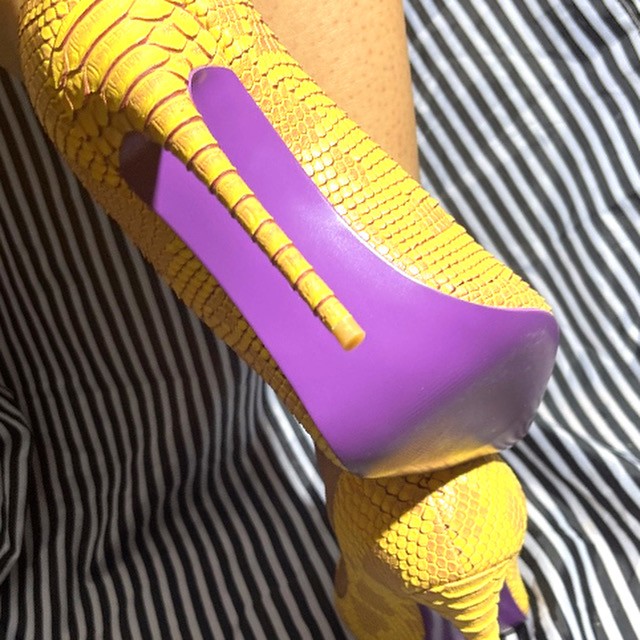 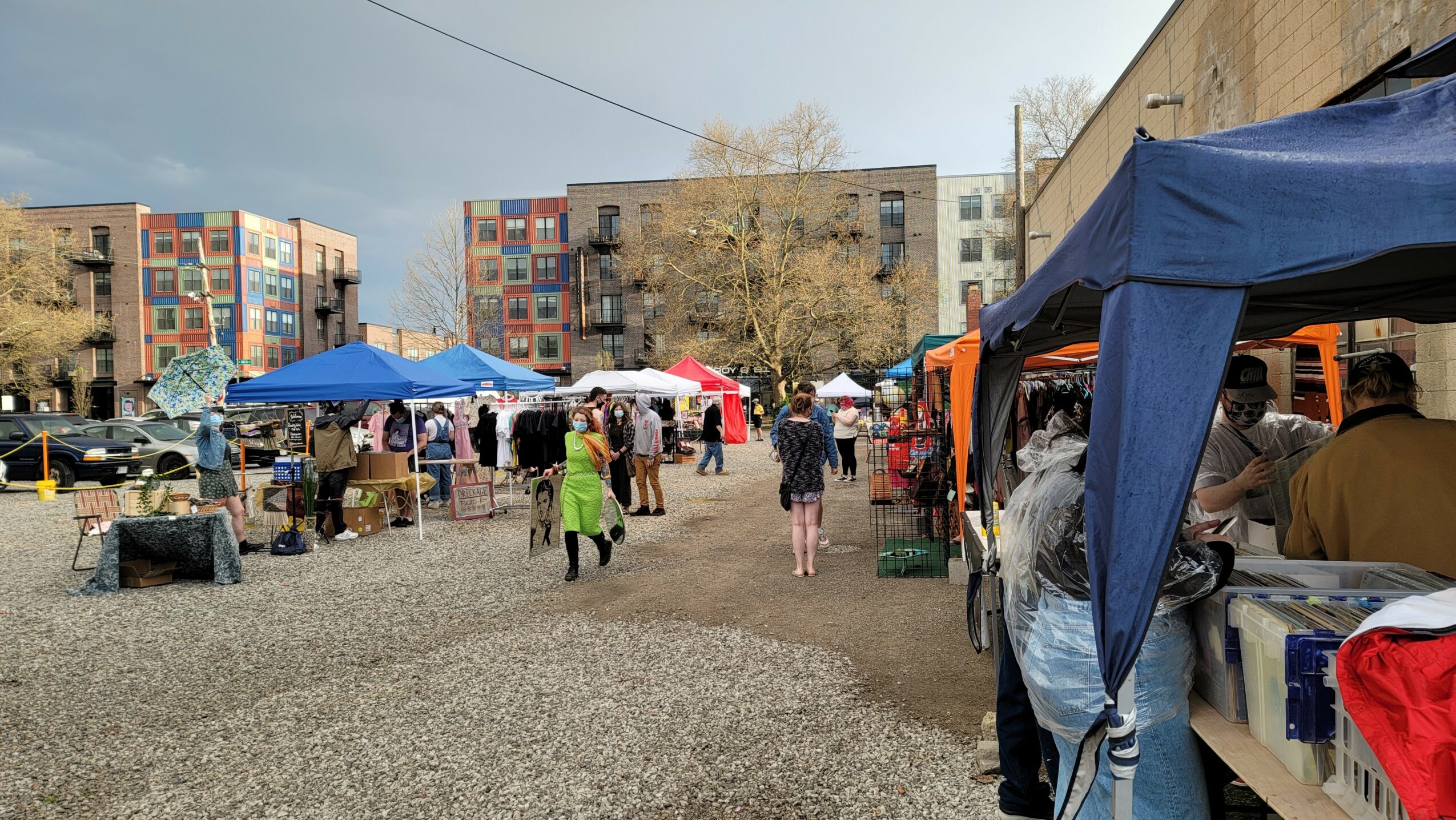 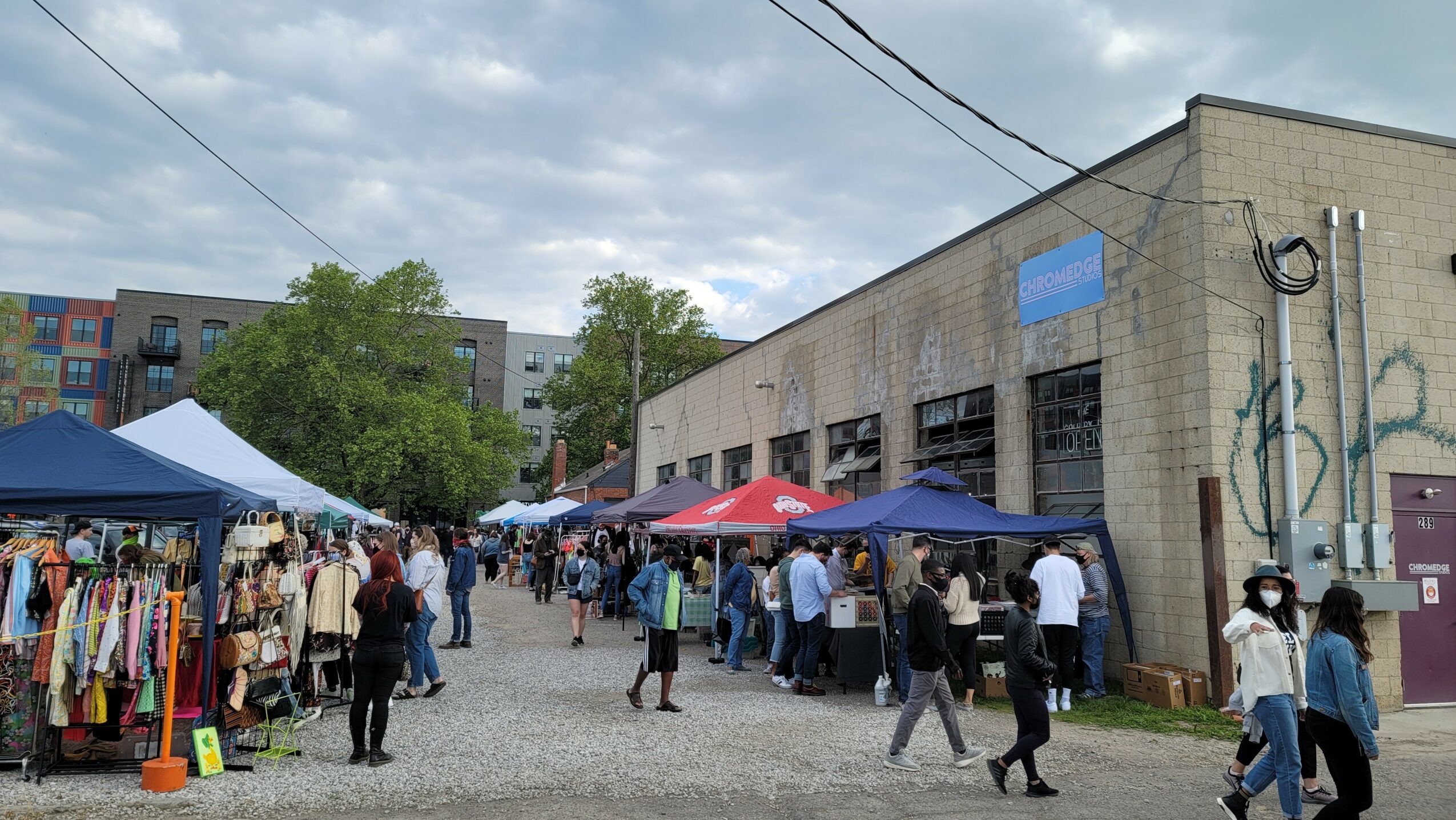 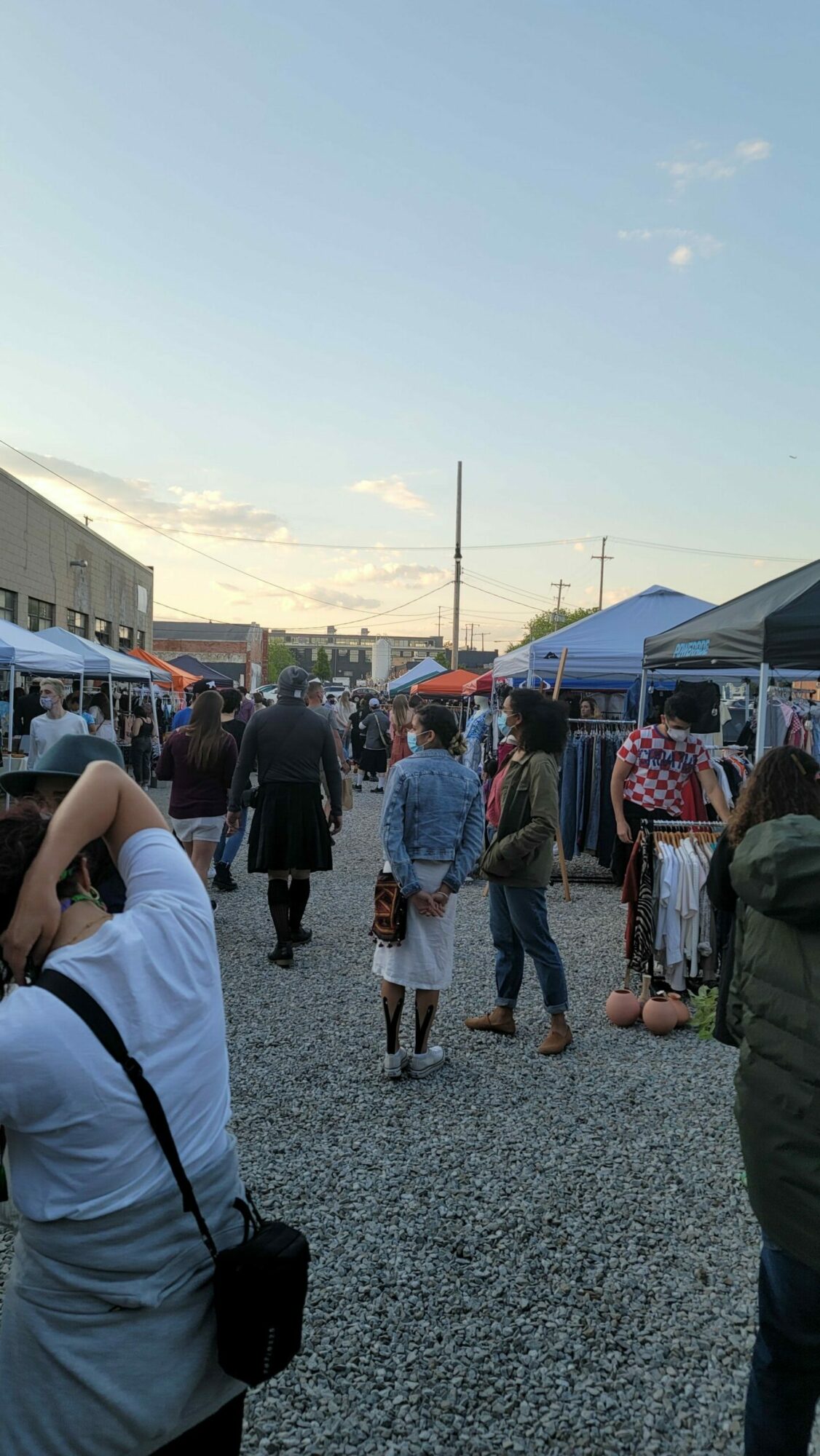 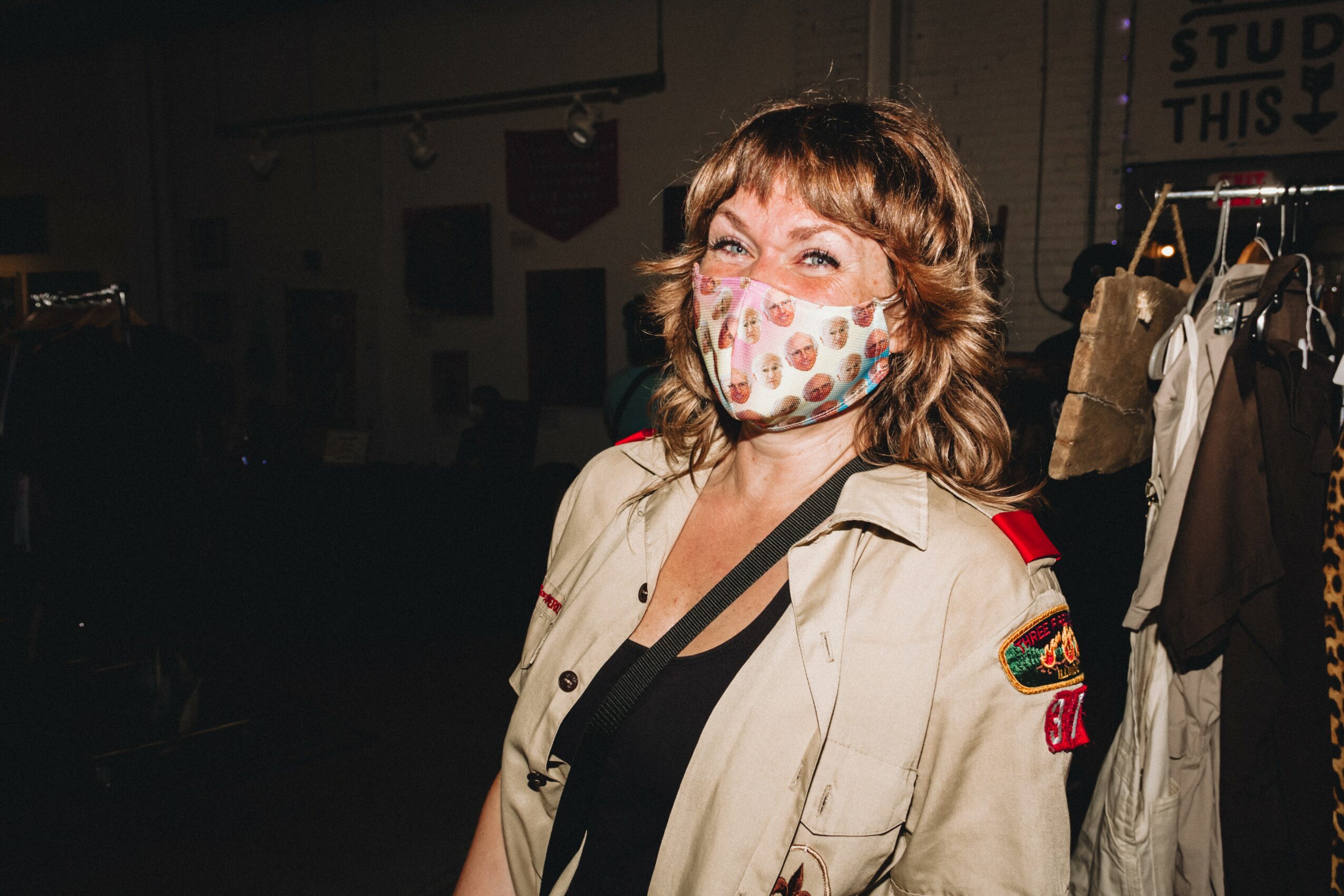 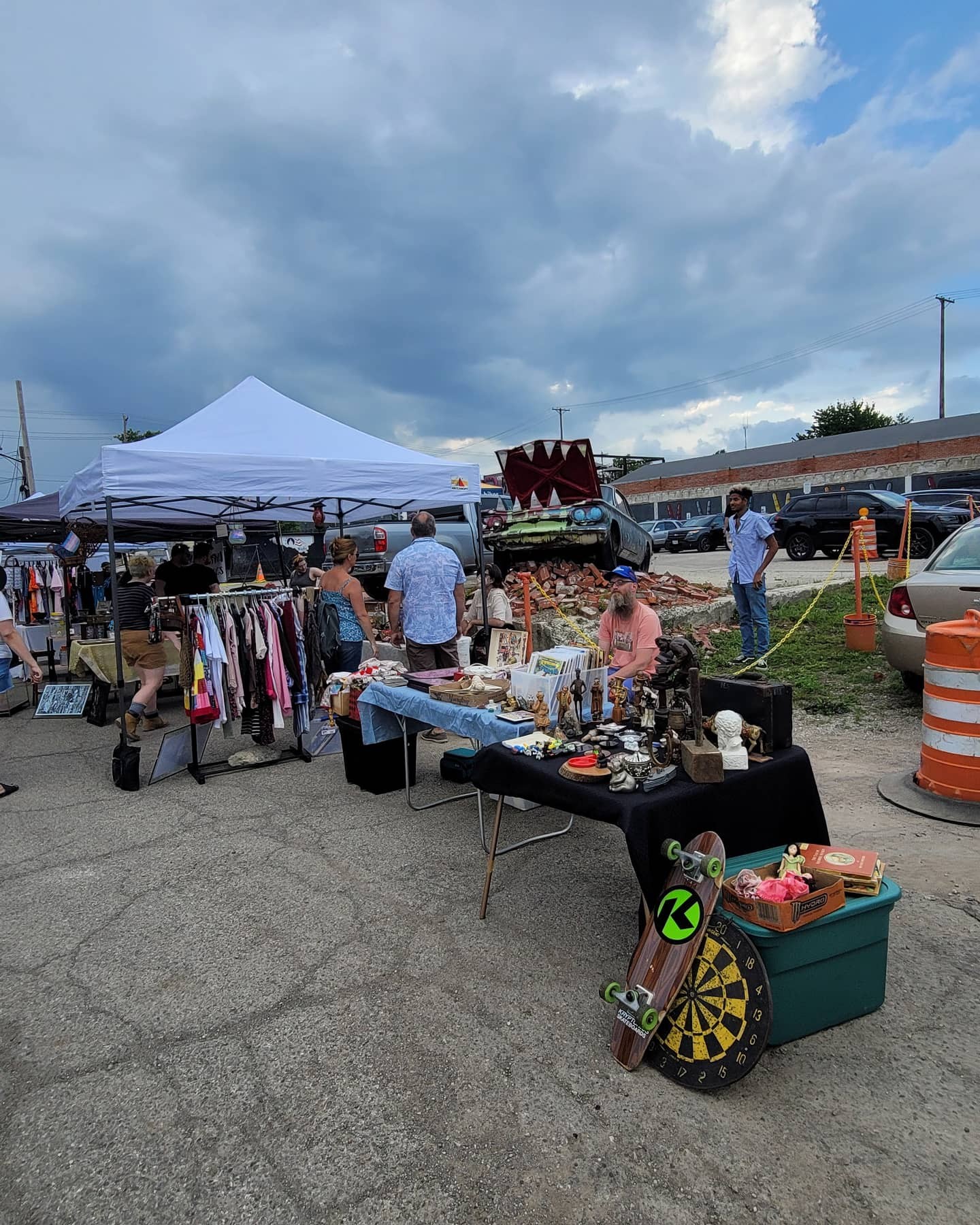 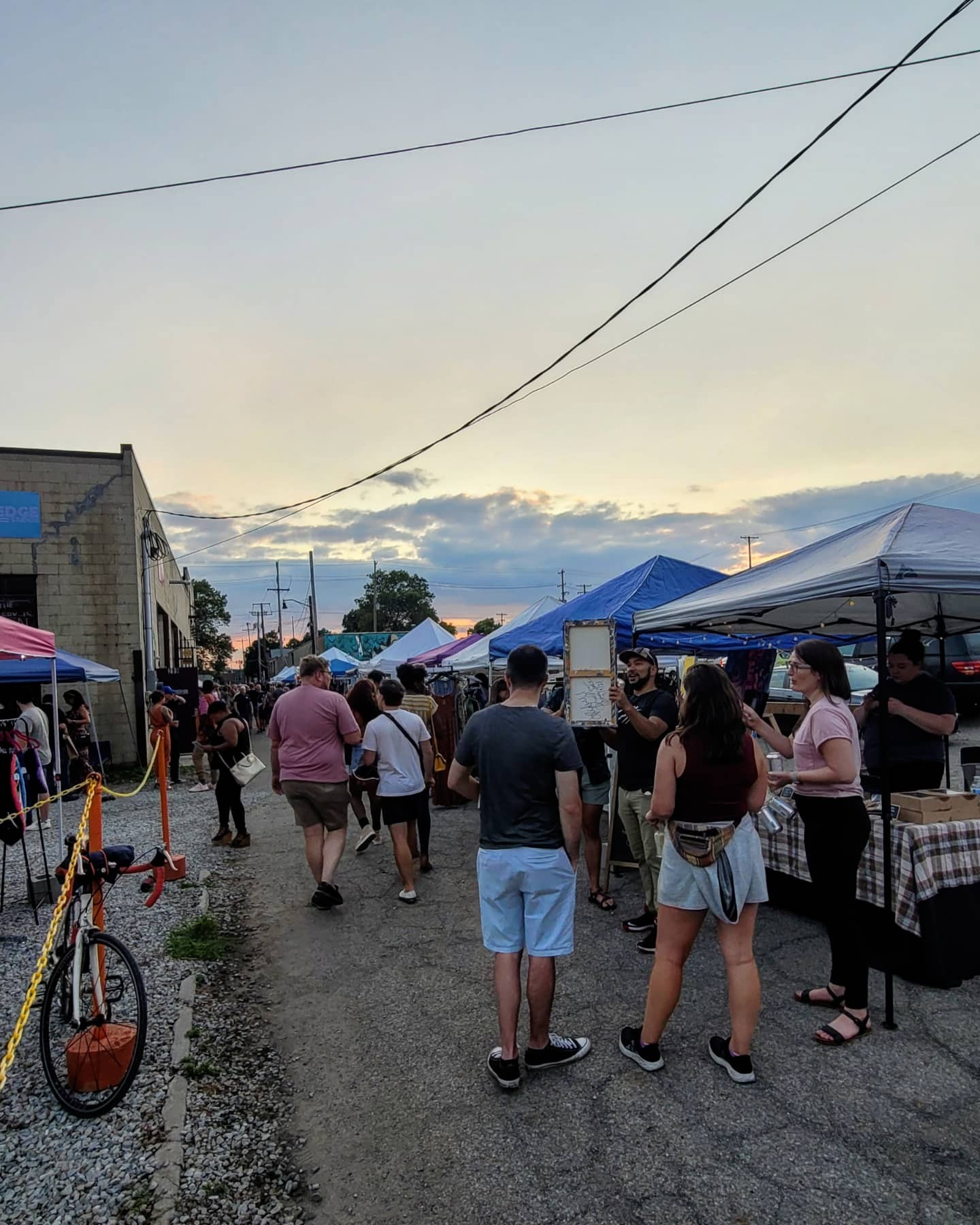 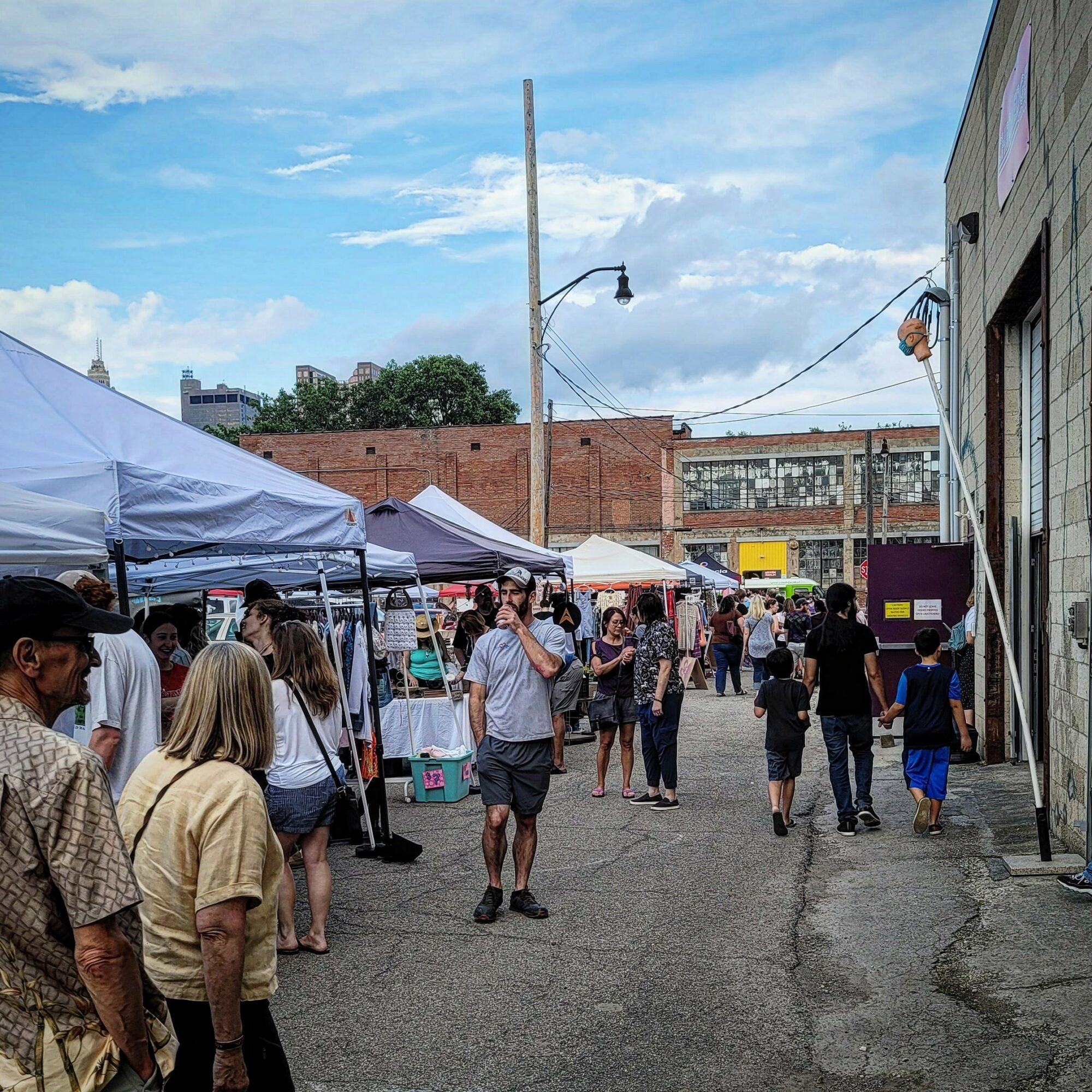 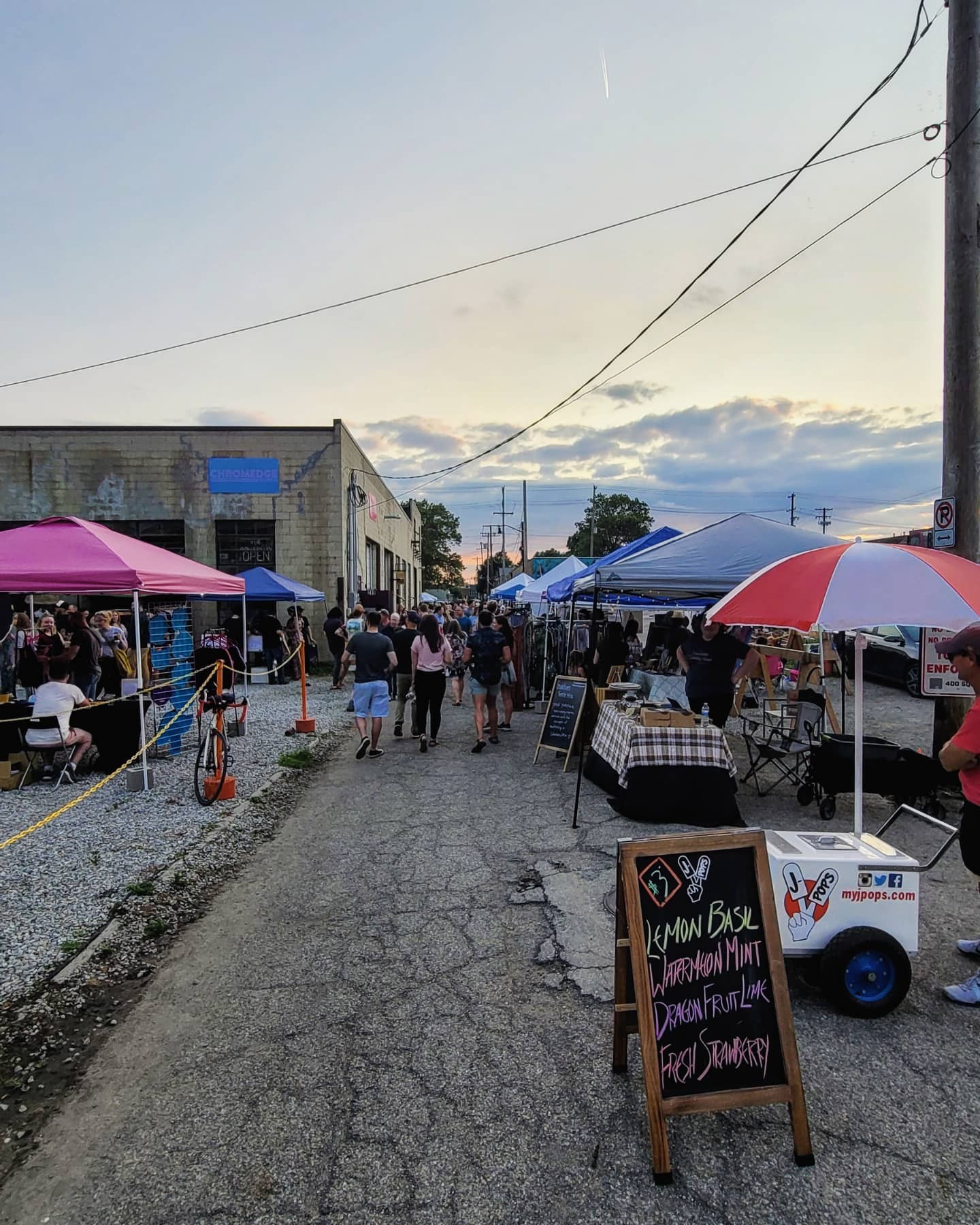 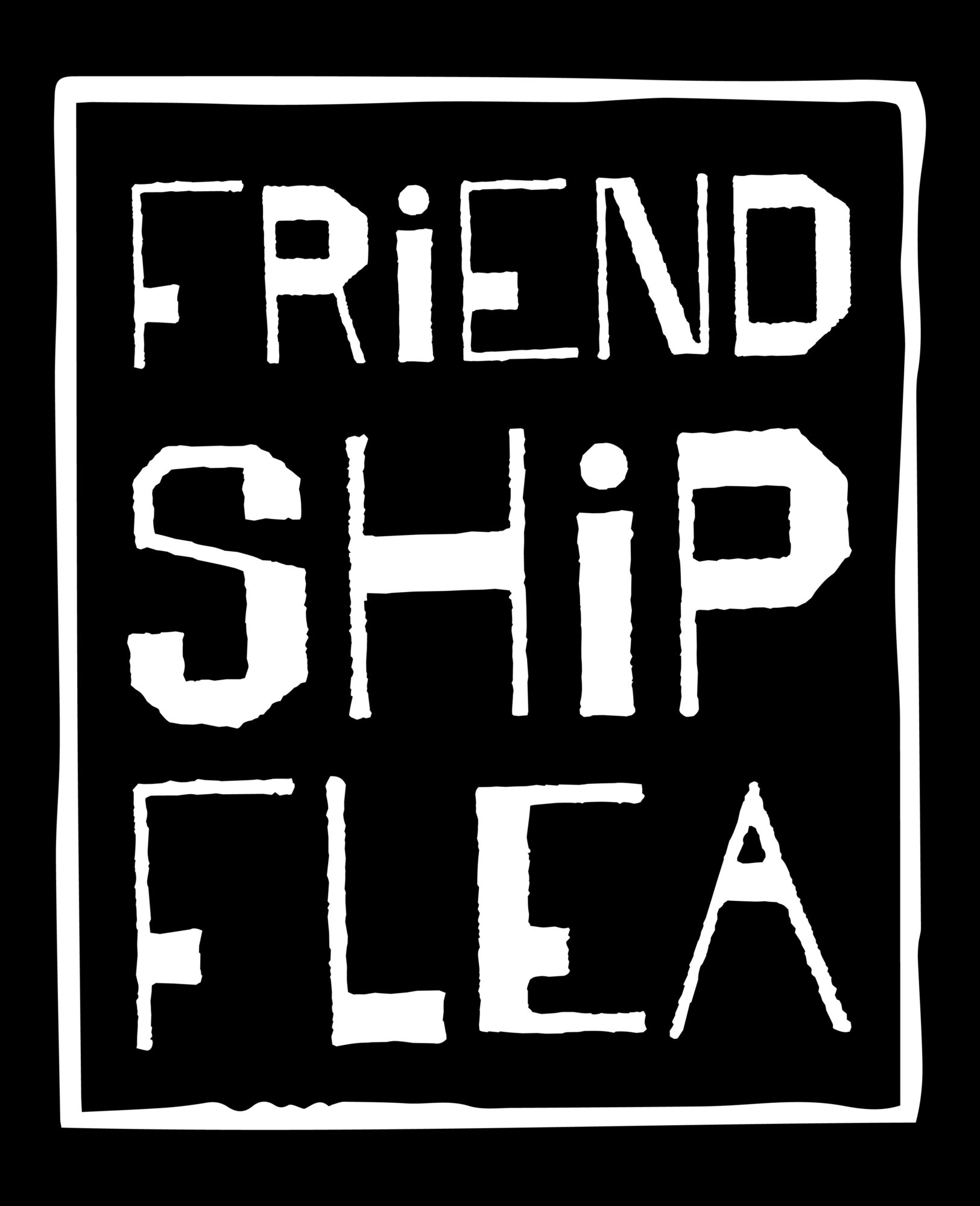