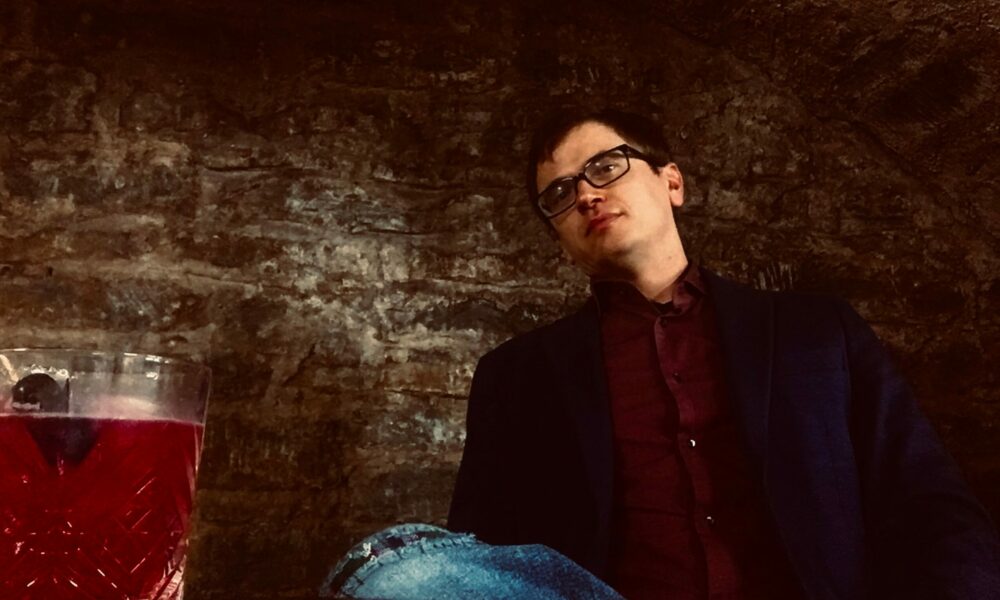 Today we’d like to introduce you to Jason Branscum.

Hi Jason, so excited to have you with us today. What can you tell us about your story?
I always loved music and grew up with the radio music of the 80s and 90s. At the same time, my parents listened to the oldie’s stations of that era, which was mostly 50s and 60s soul and rock music. Growing up in the Dayton area, I loved cross-over funk groups like Parliament but didn’t know how many of the important 70s and 80s funk groups came from the city. I was mostly going to rock shows when I found out Dayton’s small but incredible jazz scene at the time. At that point, none of the jazz clubs allowed minors, so I was constantly trying to sneak my way in. Around then, and for a brief period thereafter, jazz was my one and only musical love. The real-time communication between the musicians was such an inspiration. I had already played a little bit of trombone in a school program and decided to see if I could develop these skills if I took my practicing on the instrument seriously.

In 2000, I moved to Columbus for college and had practiced enough to be a part of the music scene myself. I was working on a degree in political science with a focus on the developing world. My vision of working for an NGO was discouraging as I learned more about the politics that shape macroeconomics. At the same time, I was meeting more and more of the older generation of funk musicians. By 2005, I had been working an entry-level job at a bank and had been debating moving to New York to apprentice with my favorite trombone player. During that year, I had an amazing spiritual awakening and went from an atheist to a follower of Jesus in just a short months. The discouraging outlook I had on the world was replaced with a passion to be involved on a local level. I stayed in Columbus to give and volunteer with various hospice, anti-child trafficking, and hunger relief groups.

That same year, I was able to quit my day gig and play full-time. The funk scene had led me back to Dayton. I was still living in Columbus but driving there to perform alternately between the local juke joint or large festivals on the road. Meanwhile, I still played trombone with Columbus jazz and rock groups. The groups I put together myself ranged from jazz fused with electronic dance music elements to quirky, satirical punk/jazz. This era was fast-paced and full of creative flavor. This is also when I realized that the same interactive joy, I loved in jazz was really a hallmark of all African American music (which is really what all American music is). Some of my mentors were the same musicians who had wrote the songs I grew up listening to on the radio and others were ones who never left their local scene. Both the commercially successful ones and the local ones alike were equally absurdly talented and (usually) incredibly wise.

By 2011, both through a number of tragic deaths, and turmoil in my personal life, the gigs dried up. I picked up a part-time day gig as an ironworker and spent the next two years working about 36 hours a week in a factory and 4-5 nights a week performing odd local musical jobs. This included everything from big arenas to just next to the sushi bar at the local Kroger. In this era, I got married, lost my mom, and questioned what I was doing professionally all in a few years. I was back to music full time by 2013, but a lot had changed! My wife and I were considering moving to Europe for a number of reasons and wanted to spend a couple of years close to her family in Cincinnati. I used it as an excuse to try to get a music degree.

In 2015. we moved to Cincinnati. Music school proved incompatible with performing full time and I ended up starting a local branch to an event band company I had previously worked for in Columbus. As that took off and we began having kids, the roots grew firm in Western Ohio. I’m back to just playing full-time but have also picked up a part-time teaching job at one of the local Universities. This coming semester, I’ll even be starting a new general education class that chronicles the midwestern funk scene’s role in the development of West-coast hip-hop. I still give and volunteer as inspired by my faith at a local level, am enjoying being a family person, and am excited about a number of the jazz projects I have in the works!

We all face challenges, but looking back would you describe it as a relatively smooth road?
Certainly, my life could have been significantly harder. I’m grateful to come from a loving family. There are some characters, but I was shielded from any sort of childhood trauma. I’ve struggled financially at various times, but not in any sort of way that I was ever afraid of where my next meal might come from. I’ve definitely lost some opportunities trying to take a stand on issues that I find important, but never in a way that required sacrifice folks might find dramatic.

What’s probably been the biggest struggle for me in terms of my vocation is watching true creators die in obscurity and sometimes even in poverty. There’s a saying you hear regularly in the music world when the going gets tough. “Time to get a real job.” I actually find it appropriate. An artist should have the freedom to pursue their craft, and society needs to have the freedom to ignore it. But I’ve also seen another scenario – and more than once. I’ve watched artists slowly (and sometimes quickly) kill themselves while society is reaping the fruits of their labor. It’s not been a barrier for me. But watching that in a colleague or even a mentor has been like drinking poison. I grief regularly for the injustice in this vocation.

Thanks for sharing that. So, maybe next you can tell us a bit more about your work?
I’m primarily known as a trombone player. I’ve collaborated with Slave, The Hughes Corporation, Mike Gordon, Dr. John, 10,000 Maniacs, J.D. Allen, Kim Deal, Jonathan Nelson, Sugarfoot and Marshall Jones of the Ohio Players, George Clinton and the P-Funk All-Stars, Gladys Knight, Rick James’s Stone City Band, Al Wilson, Lewis Johnson, Umphrey’s McGee, and Roy Hargrove. I led the bands Pooma and metalbaby. Both of these projects features my compositions as well as a medium in which to improvise with my favorite musicians.

I also compose and am probably most proud of my work as a composer. Last year I released a 90-minute double-album titled “Beyond the Walls of the World”. It’s a concept album inspired by the essay, “On Fairy Stories” by JRR Tolkien. The compositions on it encompass a number of jazz styles and are separated by a series of strict canons in the baroque musical sense of the term but in a bebop style. The goal is to create a vehicle for moving between these very different instrumental fairy tales. I also wrote string accompaniment after the fact to interact with the jazz improvisation that had been recorded for the record.

Cincinnati has a thriving big-band scene, and they perform modern music! It’s been a fun thing to be involved in. As a result, the past few years, I’ve been writing music for larger ensembles as well.

I also create small jazz ensembles for restaurants and private events. It’s such a thrill to be able perform the music I love and also be able to provide a client with the perfect ambiance for their venue or event at the same time.

I grew up in the golden era of alternative rock and am proud to still be involved in that world. I perform with and write some of the horn parts for Matt Waters and the Recipe. That’s been a joy as Matt leads a rock band with funk sensibilities. The level of talent is staggering and the tunes are amazing.

I should add, as a performer, I’m most proud of my years with Shaun Booker. That’s certainly where I learned the most. Shaun tours Europe and places like that these days, but I was the kid in the band when she led a motley crew at juke joints and chitlin circuit clubs. This was in the 2000s and these were places that still literally served chitlins. I did that gig again a little later with Dean Simms and the Funky Gurus. Dean now works primarily as a Louis Armstrong impersonator, but he played trumpet with the Ohio Players back in the day and had gigs at those same type of clubs. There’s a certain energy that comes from people making music in a small room to a tough crowd and you actually win them over. There’s a different energy that comes playing to a big easy crowd, and that’s neat too. But there’s something extra special about that small, loud, difficult bar gig.

Can you share something surprising about yourself?
I love the Ohio Hopewell culture and have a fascination with archaeoastronomy in general. I regularly visit sites and enjoy learning about all of the developments they had made in mathematics, astronomy, and architecture. I hope the Chillicothe sites get the approval for World Heritage status as well as relations improving between the United States government and First Nations groups. 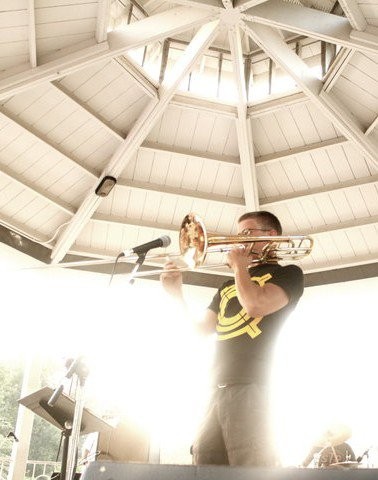 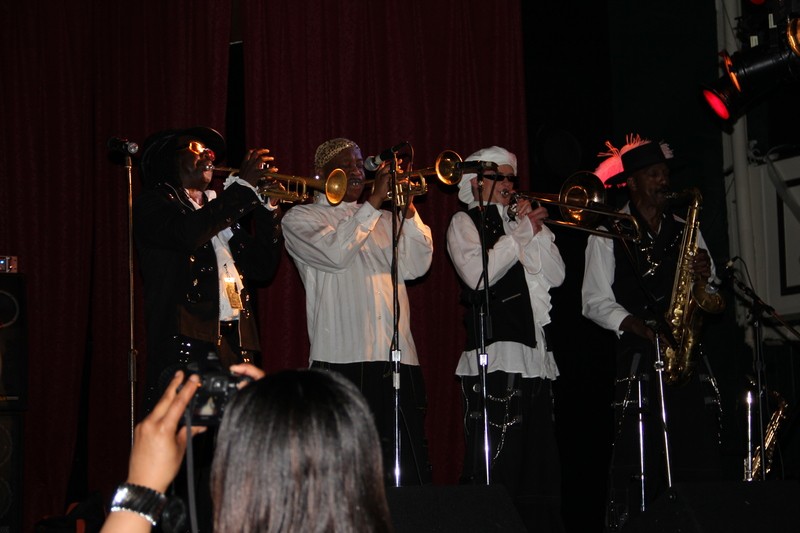 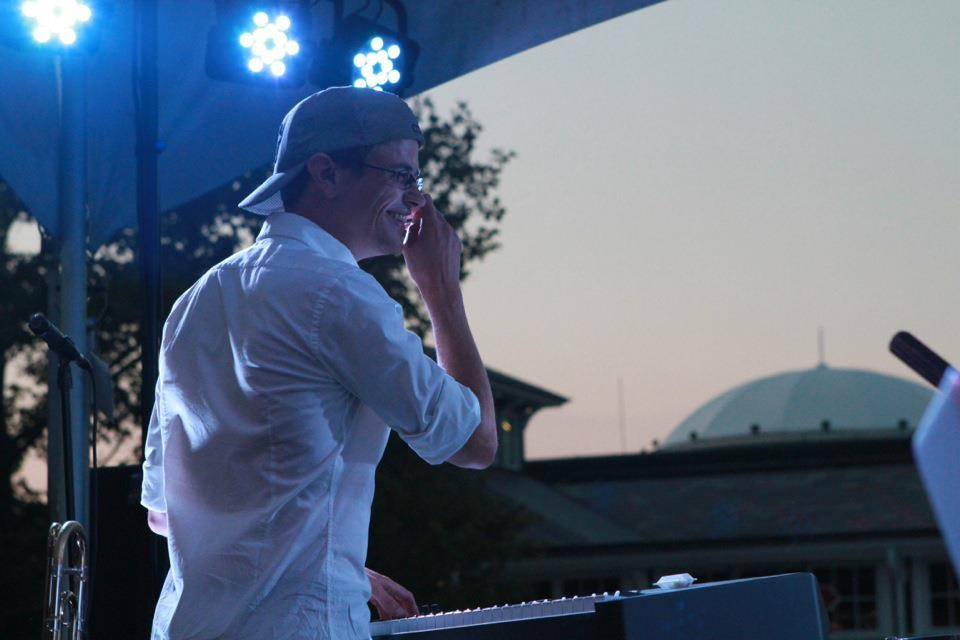 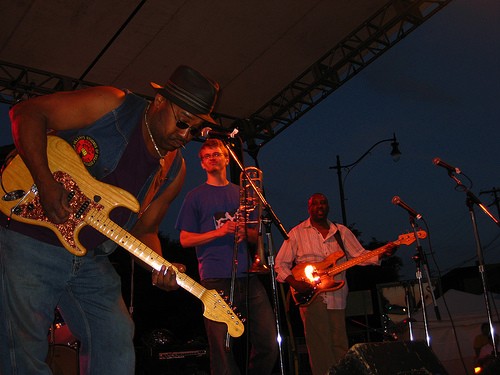 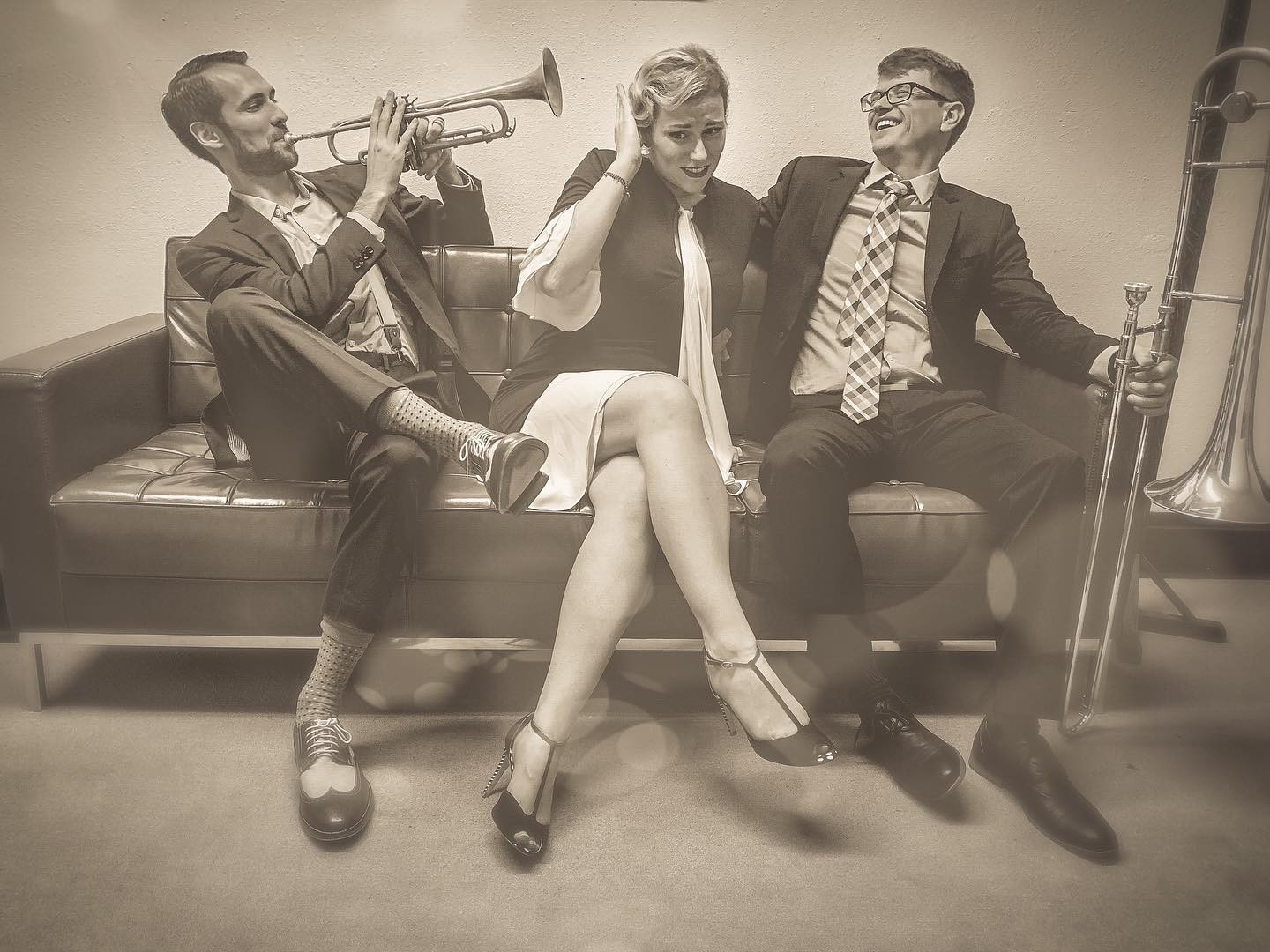 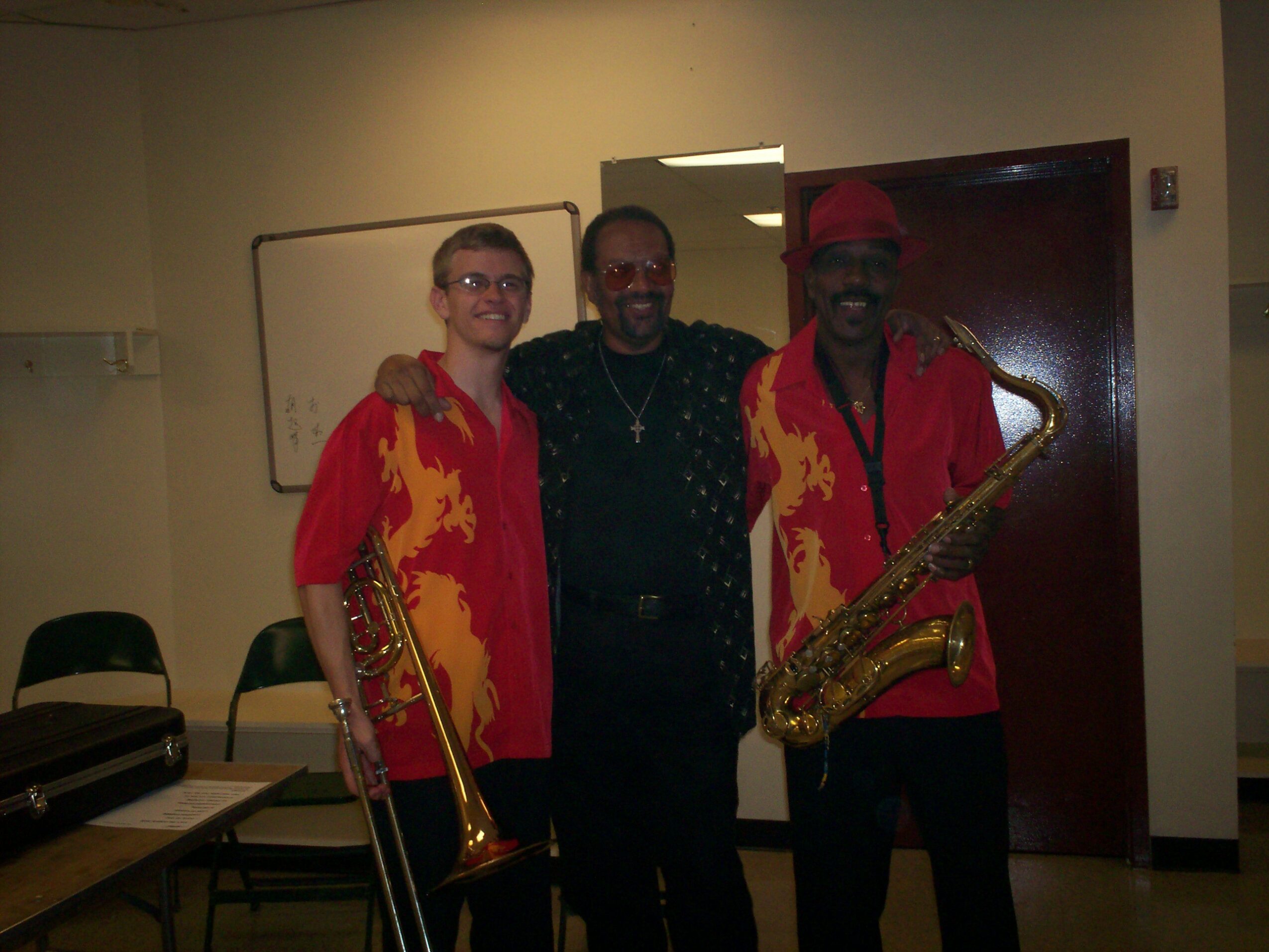 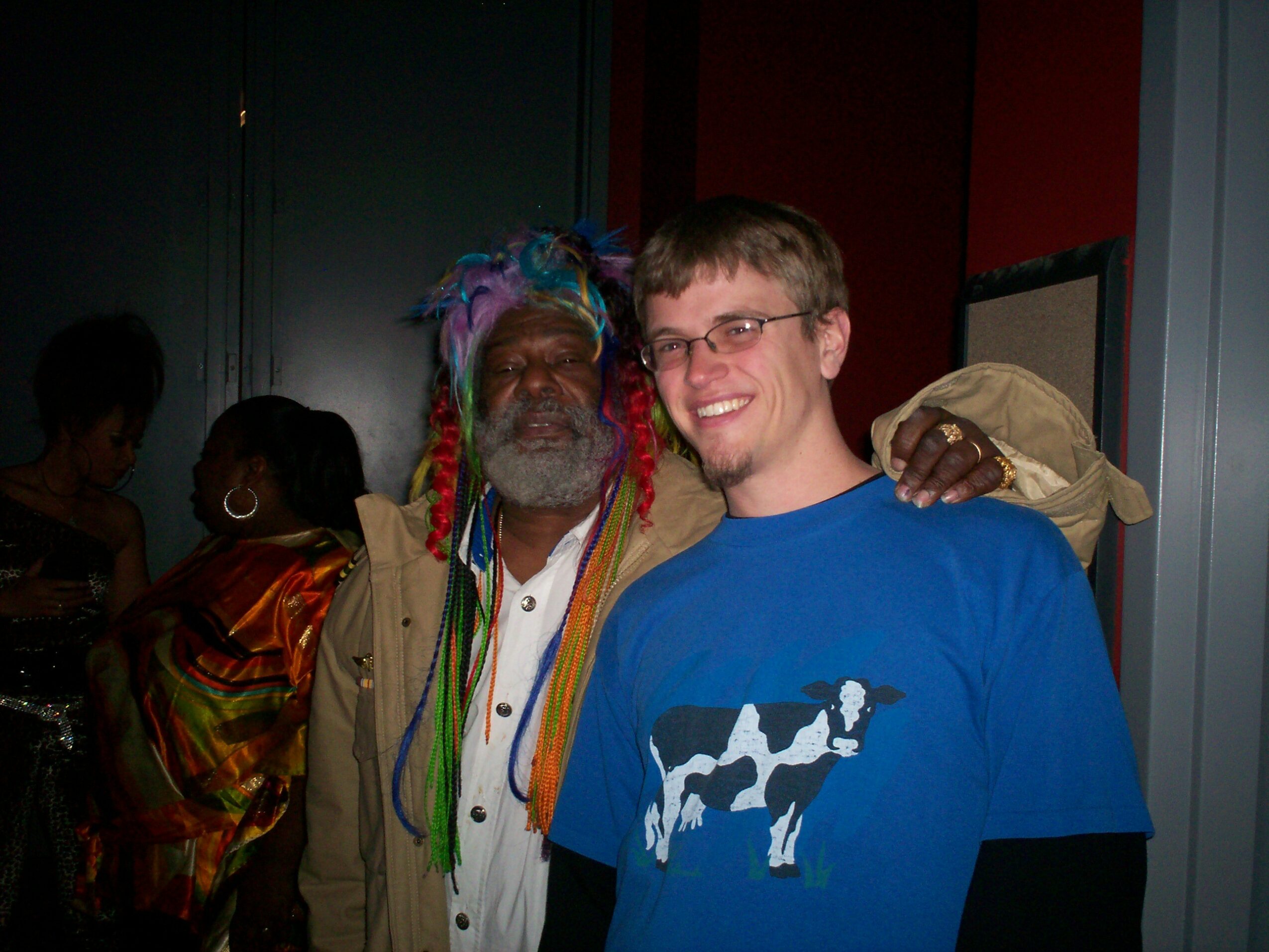 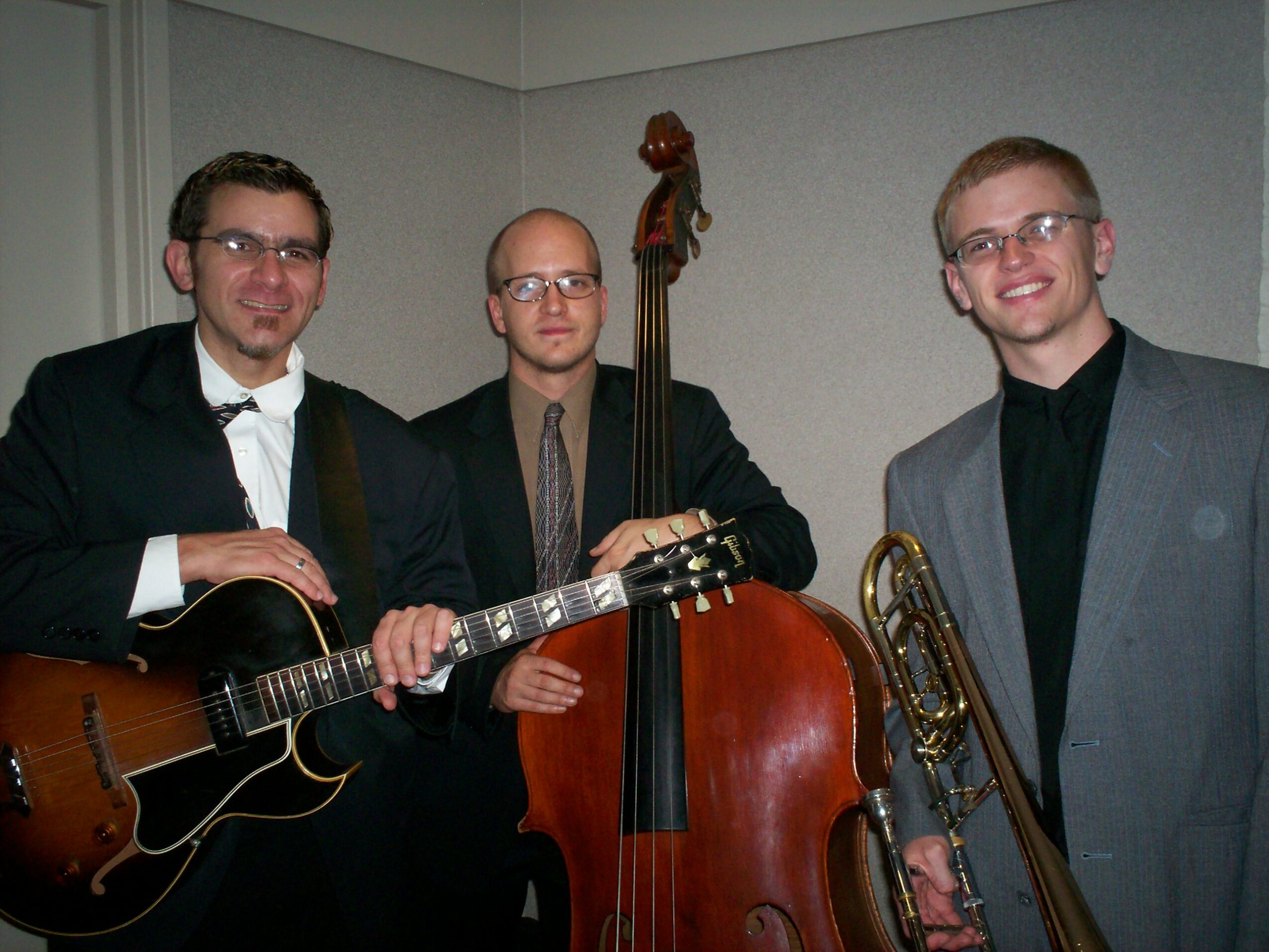