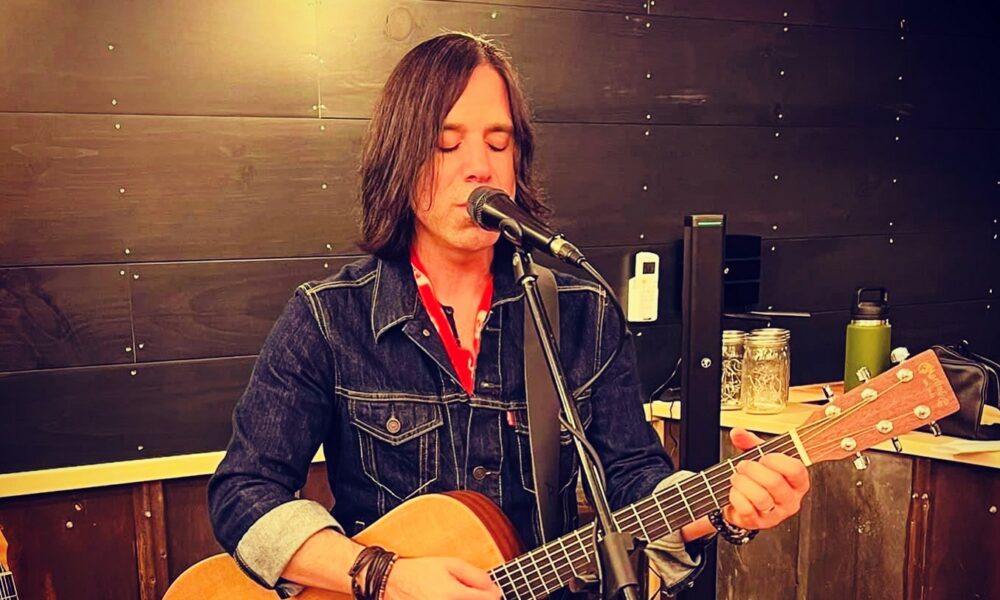 Today we’d like to introduce you to Evan Abood.

Hi Evan, so excited to have you with us today. What can you tell us about your story?
I grew up in a small town in east central Ohio named Coshocton to a musical family. My father was a music teacher and my mother was a singer and a pianist as well. Music has always been a part of my life and I knew at the age of 15 that I wanted to pursue a musical life. I began writing poetry and lyrics and soon after joined a band which soon became an original alt-rock band called “Outlet”. We were kids writing songs and caught the ear of some industry professionals. We auditioned for a couple of major labels and were eventually signed by a now-defunct independent label out of Green, Ohio called Kardina Records. We toured the Midwest and even got open for the legendary rock band Rush on a stop in Columbus, Ohio. After a couple of years, we parted ways and began to do our own things. I began playing more guitar and writing songs feverishly. My confidence as a player grew and formed a new 3-piece band called “The BlackBird Project”. The name comes from the town of Coshocton. In the fall, Crows would come to roost in this little town by the hundreds; that leaves an impression on you, lol. first poet I came to really love reading: Edgar Allan Poe. We enjoyed a good run and my skills as a songwriter really grew.

I was (and still do) writing songs mostly with my acoustic guitar and began to perform solo as an acoustic artist and things really launched! I really found the space where I can express myself musically and personally with the acoustic music and feel like it really connects with fans. There isn’t a performance much more intimate that a singer and their guitar; It’s both terrifying and exhilarating at the same time. Lol.

Stumbling into the singer-songwriter acoustic things Is the best thing, musically, that’s ever happened to me. I feel so lucky to be able to do this. Being able to do what you love as a “job” is one of the greatest blessings in life…

I’m sure you wouldn’t say it’s been obstacle free, but so far would you say the journey has been a fairly smooth road?
It’s certainly been a ride and, yes, there have been bumps on this road. I remember in my first band that our manager just sort of disappeared for a while right in the middle of contract discussions with a major label subsidiary. They were very interested in signing us and he just flaked out and went silent. Needless to say, that deal fell through, and then we found out that a second manager had bootlegged our album and was selling it on his own Private label without our knowledge. There were some very interesting discussions, lol, and we decided to part ways with he and that label. We kind of just fell apart after that and had some inner disagreements and eventually the group

split as well. They are a great group of guys and most of us stay in contact pretty frequently in our current lives. When you spend that much time with people and grow up together like we did there is a special connection that really does transcend time. I love those guys; there’s no me without them.

Alright, so let’s switch gears a bit and talk business. What should we know about your work?
What separates me most from other artists is probably my voice. I’ve worked very hard to get it where it is today. There is always more work to do and it has taken a lot time for me to be able to say that. I am also gaining confidence in my songwriting. I feel like I’ve been able to curate a unique style and sound and while I think you can definitely hear my musical influences; I think I’ve got my own thing going. I love soul, blues, metal, rock and when I write, just let whatever come through the song. I usually don’t sit down to write a certain type of song; I just let whatever’s in there come out. Sometimes it even works, Lol.

Do you have recommendations for books, apps, blogs, etc?
Oh, for sure. I read and listen to music constantly. I love to read poetry and prose from the classics to writers of today. One that I subscribe to is from Poets.org “poem a day”. It’s so inspiring to read new poets’ take on their own journeys and how they sort through life. That’s what writers do. At least that’s what I do… I use writing and songwriting to sort through the world around me: to make sense of this life. If that’s even a thing these days, haha. 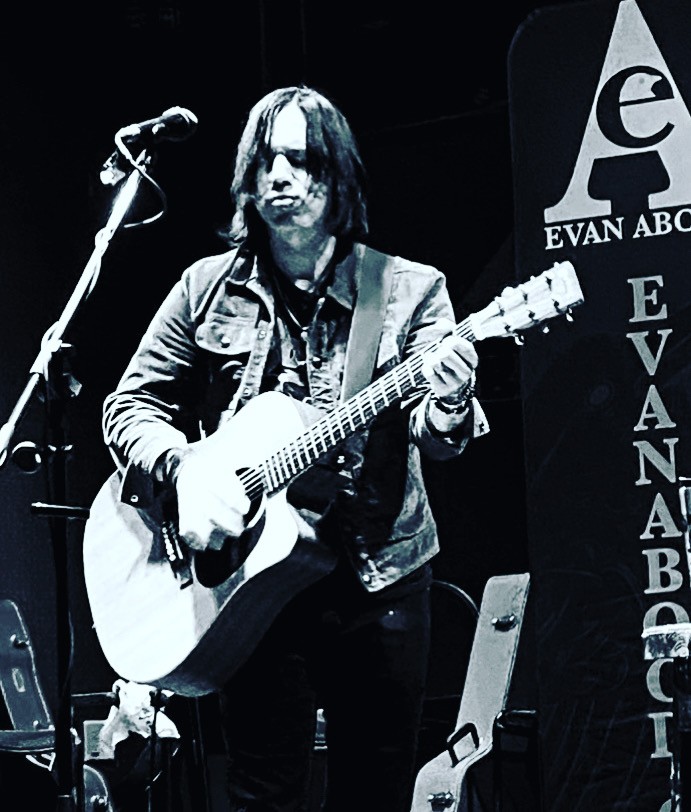 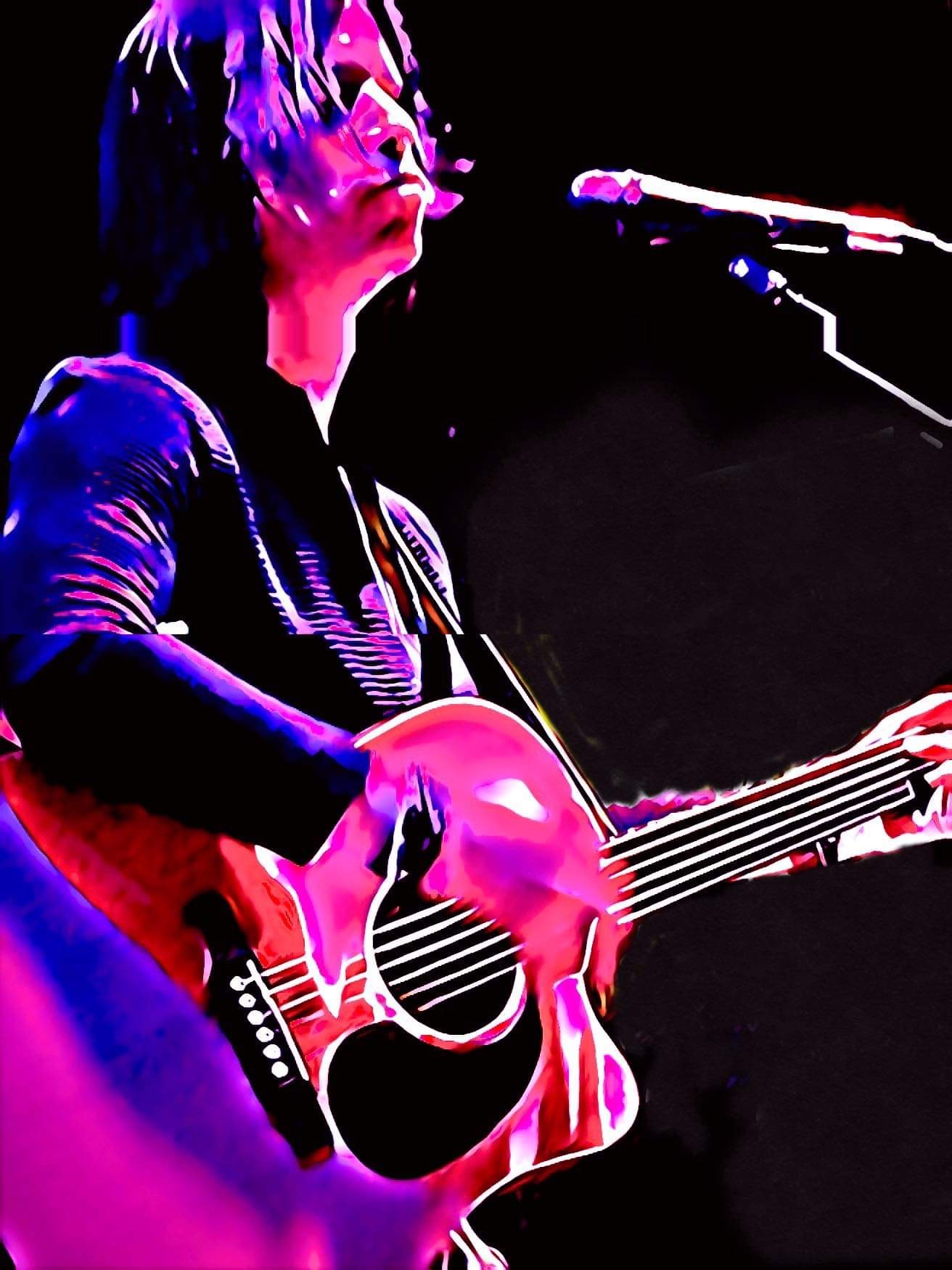 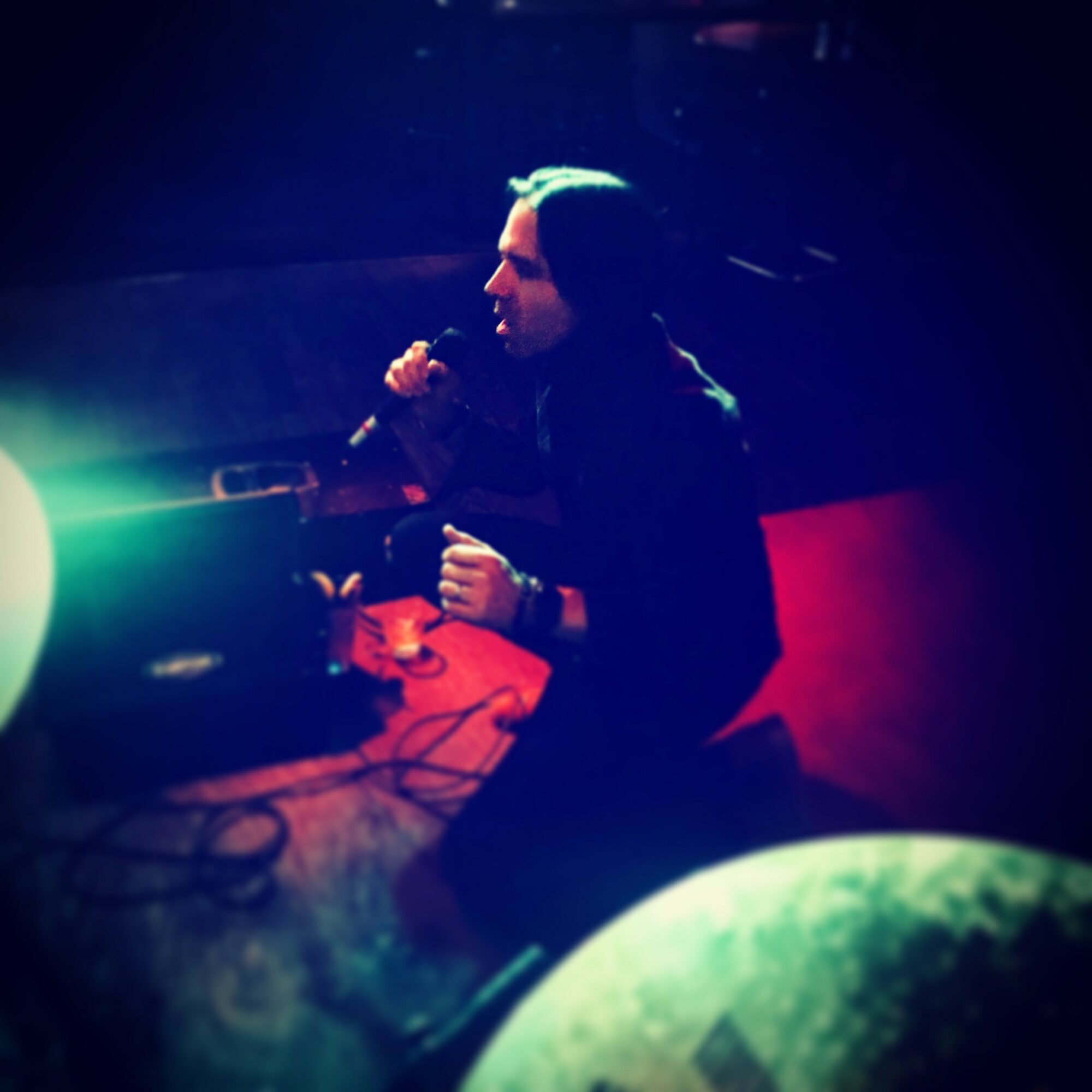 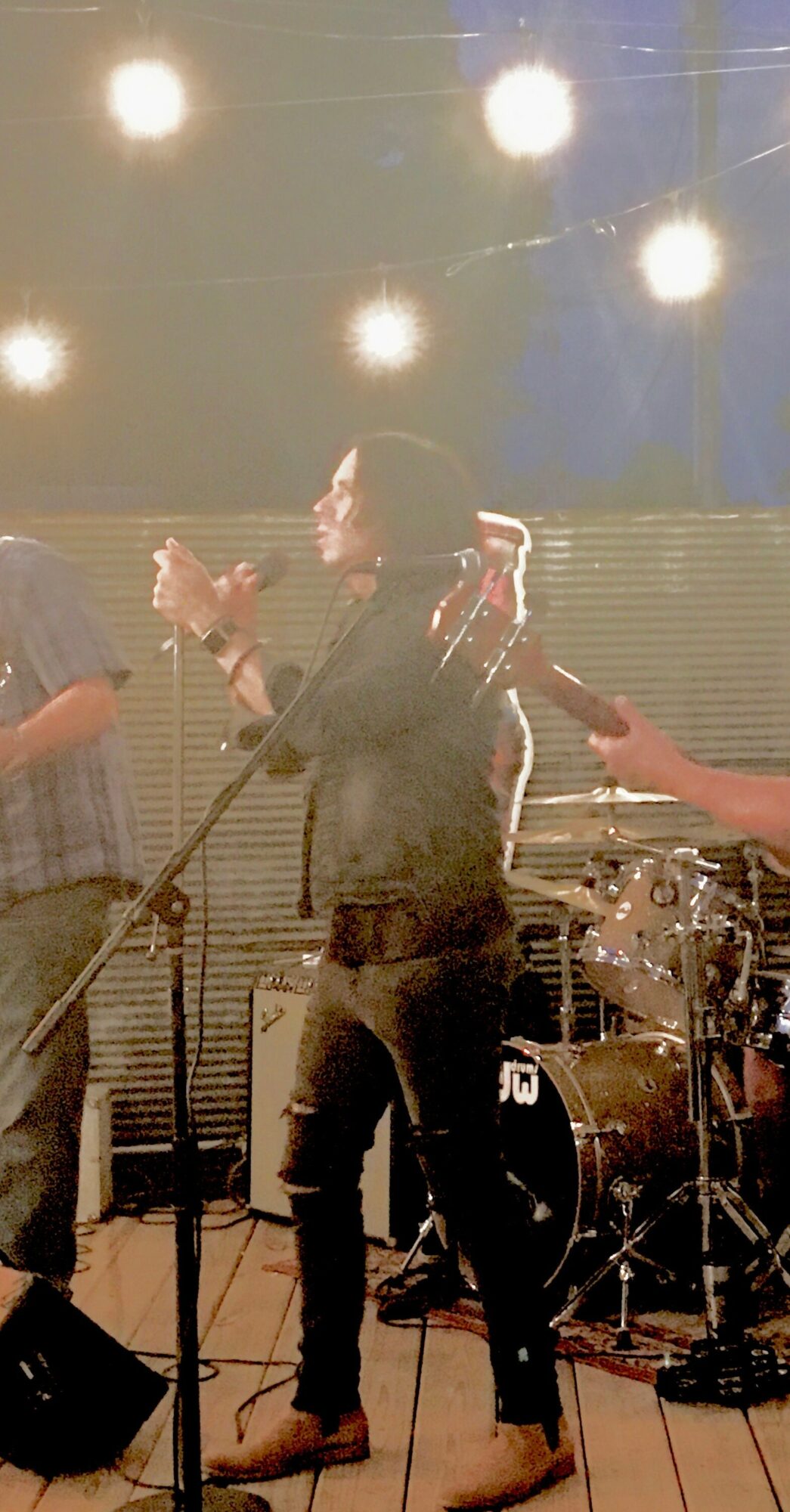 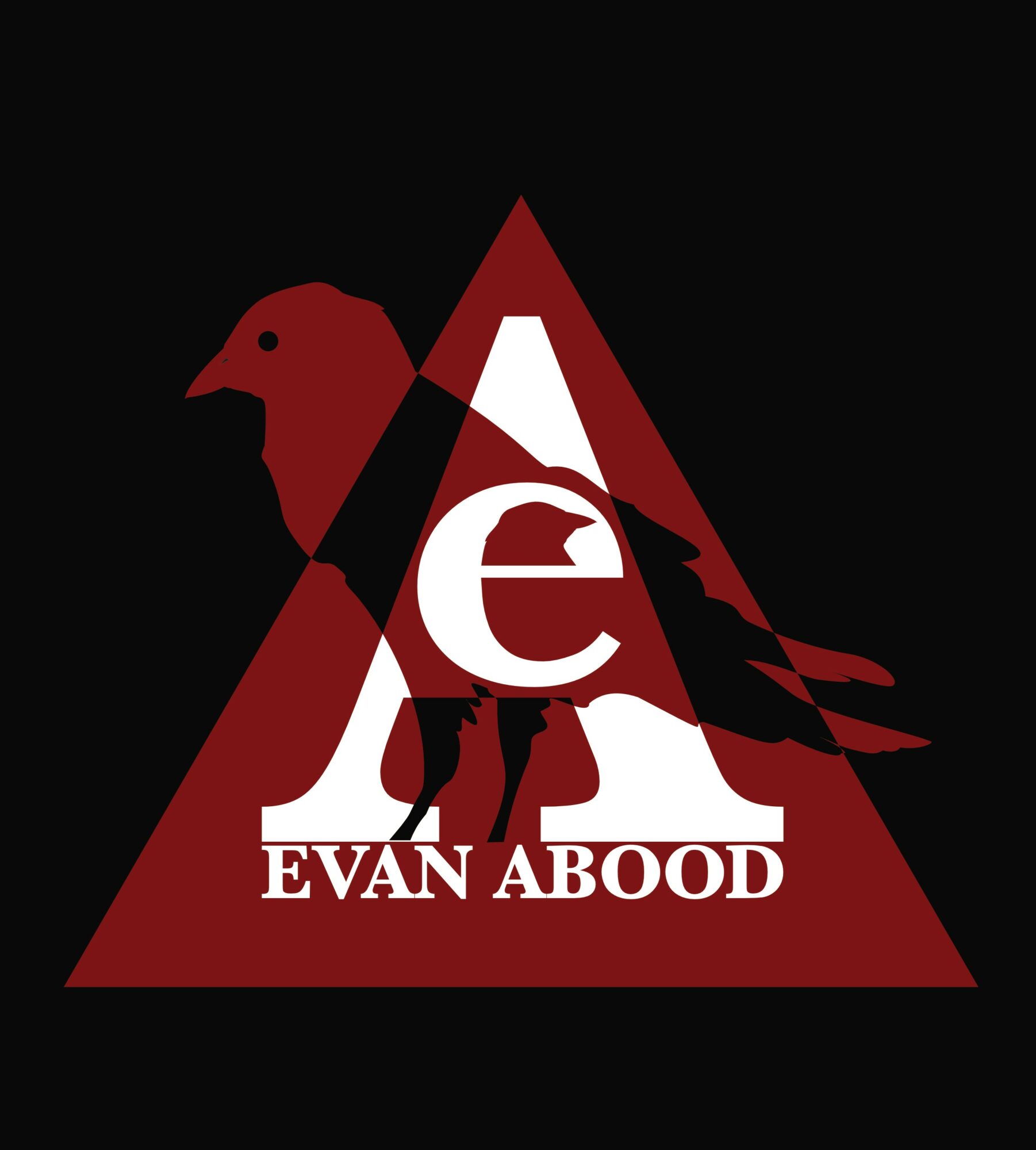