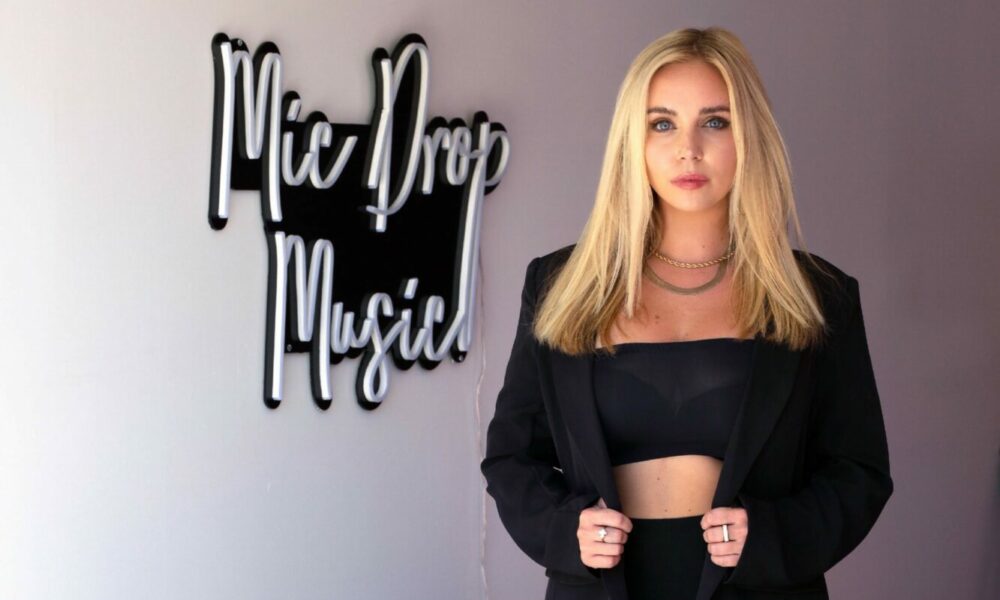 Today we’d like to introduce you to Jessica O’Connor.

Hi Jessica, it’s an honor to have you on the platform. Thanks for taking the time to share your story with us – to start maybe you can share some of your backstory with our readers?
Oh man! Where do I begin? I felt called to Hollywood and the entertainment world for as long as I can remember. When I was really young, I dreamed of being an actress. I loved to write plays and act them out for my family. Even as a kid I was very creative and expressive, a free spirit. However, there has always been a duality to my personality. There is another side of me that is extremely goal oriented and business minded. The same little girl that would sing, dance, and act was also an entrepreneur.

Most normal 8-year olds spend their summer’s playing tag and hide and seek. When I was 8, I started my first “business”, a cheerleading “camp”. I had only two years of cheer experience at this point and wasn’t much older than the girls I was recruiting to be clients, but that didn’t stop me. I printed out flyers and put them in my neighbors’ mailboxes promising a weeklong camp to be hosted in my parent’s backyard. I think I charged $10 a person. I crafted a whole schedule, provided snacks, taught a routine. I even invited the parents to come watch a performance at the end of the week to showcase what we learned. It’s so funny for me to look back and think my neighbors actually humored me and sent their kids to my “camp”. But it was a great success, and I did it two summers in a row.

As I got older my interests shifted from acting and sports, to music and writing. I played violin in the school orchestra and took guitar lessons. I spent most of my teenage years battling internally on my future path. To be an entrepreneur or to be an artist? It wasn’t until around the end of college I realized I could do both. I became a festival reporter for a blog called Alternative Nation after cold emailing them for the opportunity. They said no at first, but I convinced them by sending them mock interviews. I went to Lollapalooza 2016 and walked up to festivalgoers and asked them music related questions to basically prove I could do it and was good on camera. After that, they took me on, and I got my first real experience doing press work. I got to go to music festivals for free to interview artists on site. Talk about a dream job for a college kid. I really credit that experience as being a turning point for me, it helped immensely with my direction.

I graduated from Florida State University in December 2017, a semester early. I got a vision for the idea to start a blog in one of last college classes. The name “Mic Drop Music” literally came to me out of nowhere and I remember writing it down because I felt it might be important. I graduated with no job or solid plan lined up, so I made Mic Drop mostly as a hobby in the beginning. I thought it would be a good way to keep writing and gain experience while most of my friends were finishing up school. The free festival’s part didn’t hurt either. I launched my website on January 31, 2018, originally as a solo project, and I was shocked by the response.

It wasn’t long before people started reaching out to me wanting to be a part of the team. I thought about if that was something I wanted. I realized collective voices from different perspectives are so much more powerful than just my own, I started by adding just a few writers, I’ve now had over 30. I truly never saw this as being anything more than a silly, little creative outlet for myself. So, it’s actually mind blowing what we have accomplished and how much we have grown and evolved. If you would have told me when I launched, I’d still be doing it almost five years later I wouldn’t believe you.

Our latest evolution is the inclusion of a video podcast, hosted by me at our studio in Hollywood. Mic Drop Music Talk is a one-on-one interview style show where I spotlight independent artists. I usually am the one asking the questions, but I remember one of my guests asked me, “Why music? Why all of this?” It was in that moment I realized Mic Drop is all of my passions blended together. I get to be on camera and host interviews, I get to write articles, I get to listen and talk about music, and I get to connect and share. I love creating content and I am so proud of the evolution so far. I’ve worked really hard to fulfill the dreams of my inner child and it has been a long but rewarding journey. I like to think 8-year-old Jess would be proud of how she turned out.

Would you say it’s been a smooth road, and if not what are some of the biggest challenges you’ve faced along the way?
Anything but a smooth road! I started my blog in my childhood bedroom at my parent’s house in Florida. I had just graduated and was feeling really lost and directionless, just looking for a creative outlet. Even after I launched, I went through a lot of personal changes and moved across the country to LA, all while trying to keep a new business a float. I think 2020 was the biggest challenge of all. I lost both of my day jobs due to Covid and was forced to go on unemployment for six months. It was not the “California Dream” I had in mind at all. Leading up to the pandemic I was struggling with extreme burn out due to being overscheduled, so it was a shock when it all stopped. All I was left with was Mic Drop and at that time I wanted nothing to do with it. How can you have a music blog when there’s no concerts? No festivals? Part of me also felt like it almost seemed tone deaf to post about music and celebrities like nothing else was going on. There was so much darkness and uncertainty in the world. I stuck it out as editor in chief so my writing interns could finish their semester, but around May 2020 I abandoned the blog completely. It felt like the creative light inside me had dimmed, maybe gone out forever. I didn’t touch Mic Drop again until around February 2021. I had a miracle of a break. During Covid times LA rent was at record lows, landlords were offering multiple months of free rent if you signed a lease. I found my dream duplex that was in my budget came with a private garage. This is pretty much unheard of in Hollywood. As soon as I saw the garage, I knew I had to sign the lease. I once again was hit with a vision. I could see the space as my creative studio. I could see my show. I spent a couple months renovating the space and by March 2021 I relaunched the blog and by October 2021 we recorded the first episode of Mic Drop Music Talk. It’s really beautiful to look back on. I remember in the moment I went through months of feeling so defeated, even wondering if I should call it quits and move home. But I now realize old things fell apart so new things could come together perfectly.

Thanks – so what else should our readers know about your work and what you’re currently focused on?
I am probably best known for the content I create for my blog, Mic Drop Music. However, I recently started creating content for myself. I launched my TikTok about 6 months ago and it has been such a fun ride. I love coming up with content ideas, video editing, and curating a community. The whole thing is so fun for me. I’m usually the interviewer asking the questions, so TikTok is a fun switch up of people wanting to ask me questions. TikTok is the outlet I feel most authentic and true to myself. We are so lucky to be born in a time where you don’t have to be cast on a TV show to be seen or heard. You can create your own. I realize what a golden window I’m in as a creator and I don’t intend to waste it. I think my time studying on camera journalism at local news stations and red-carpet hosting prepared me so well for this. It got me very comfortable in front of a camera and made me a good storyteller, which is what the app is all about. I challenged myself on January 1st to put myself out there by posting at least one TikTok a day, every day, for all of 2022. I haven’t broken the streak yet. I’ve already doubled my following since I started in January, so I’m excited to see how it progresses by the end of the year!

Do you have any advice for those looking to network or find a mentor?
I haven’t really had a mentor. I wish I did. Maybe I wouldn’t have made so many mistakes along the way if I had a model to follow. But maybe that is what helped me too. I didn’t really let anyone influence me or have an opinion when it came to my business. I think that helped me really stayed true to my vision, goals, and morals. However, I realized quickly after launching it would only be successful if I let other people in. I think the best decision I ever made was making Mic Drop a collective. Every writer and intern I’ve had over the years have been so valuable and are very special to me. I think as a leader, it’s important to assess your strengths and weaknesses. Then recruit good, talented, aligned people to fill those gaps. I personally was struggling running our social media accounts on top of my personal accounts, that was a weakness. So, I hired Sohee my social media manager and that changed everything. She helps me tremendously by running our socials. I knew I wanted to start a video podcast. Interviewing and being on camera is my strength. But I knew I wasn’t capable or talented enough to host, film, and edit. My strength is producing the show, coming up with the questions and games. I recruited Hakim my camera man, and Erik my editor, and together the three of us make a show I’m extremely proud of. It wouldn’t be the same without them. Their unique talents and spin on things make the show what it is. I know if I tried to do it all on my own, it wouldn’t be 1/10th as good. I would say trust your vision, get a solid foundation, and let people in when you’re ready. 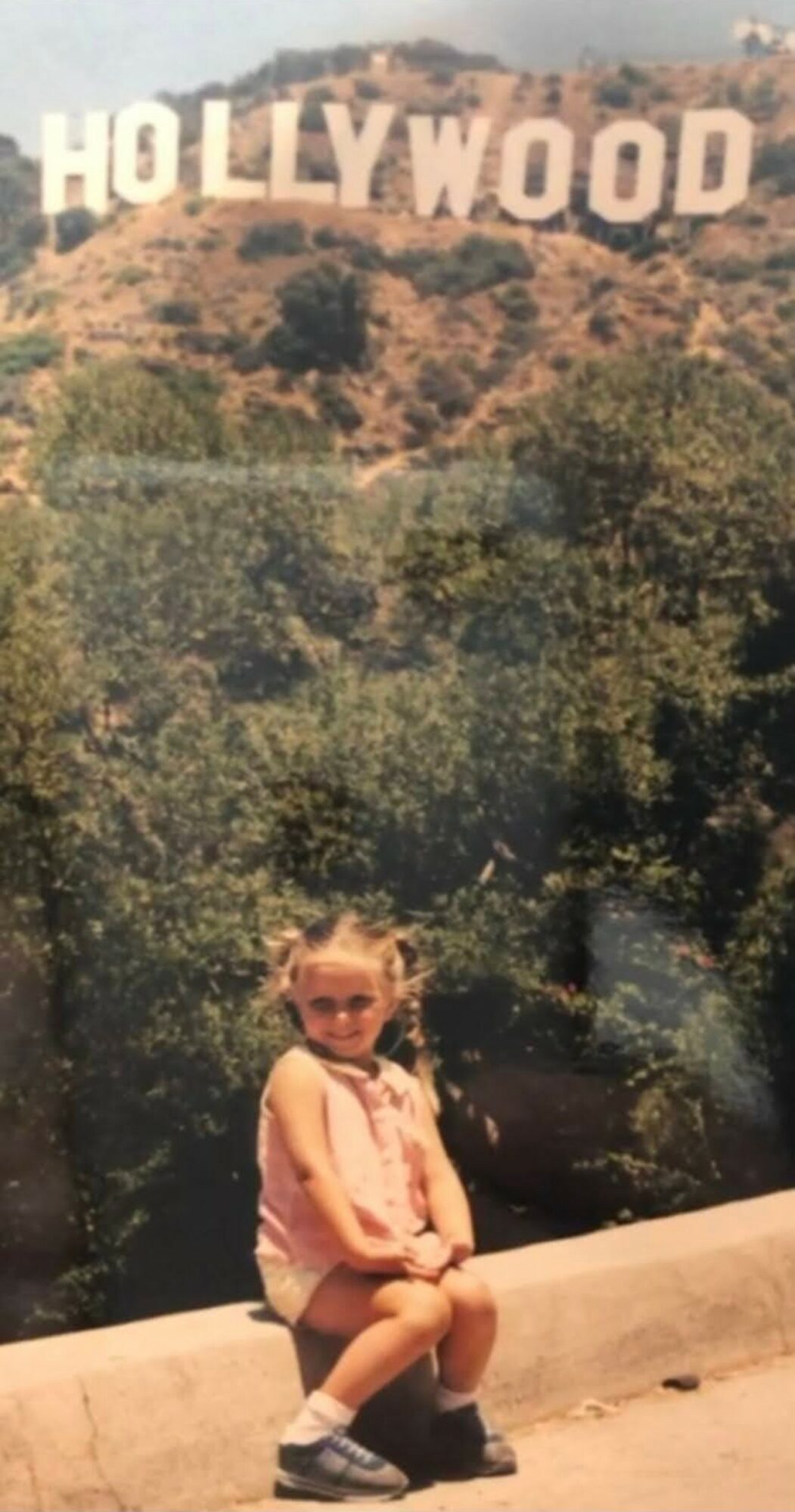 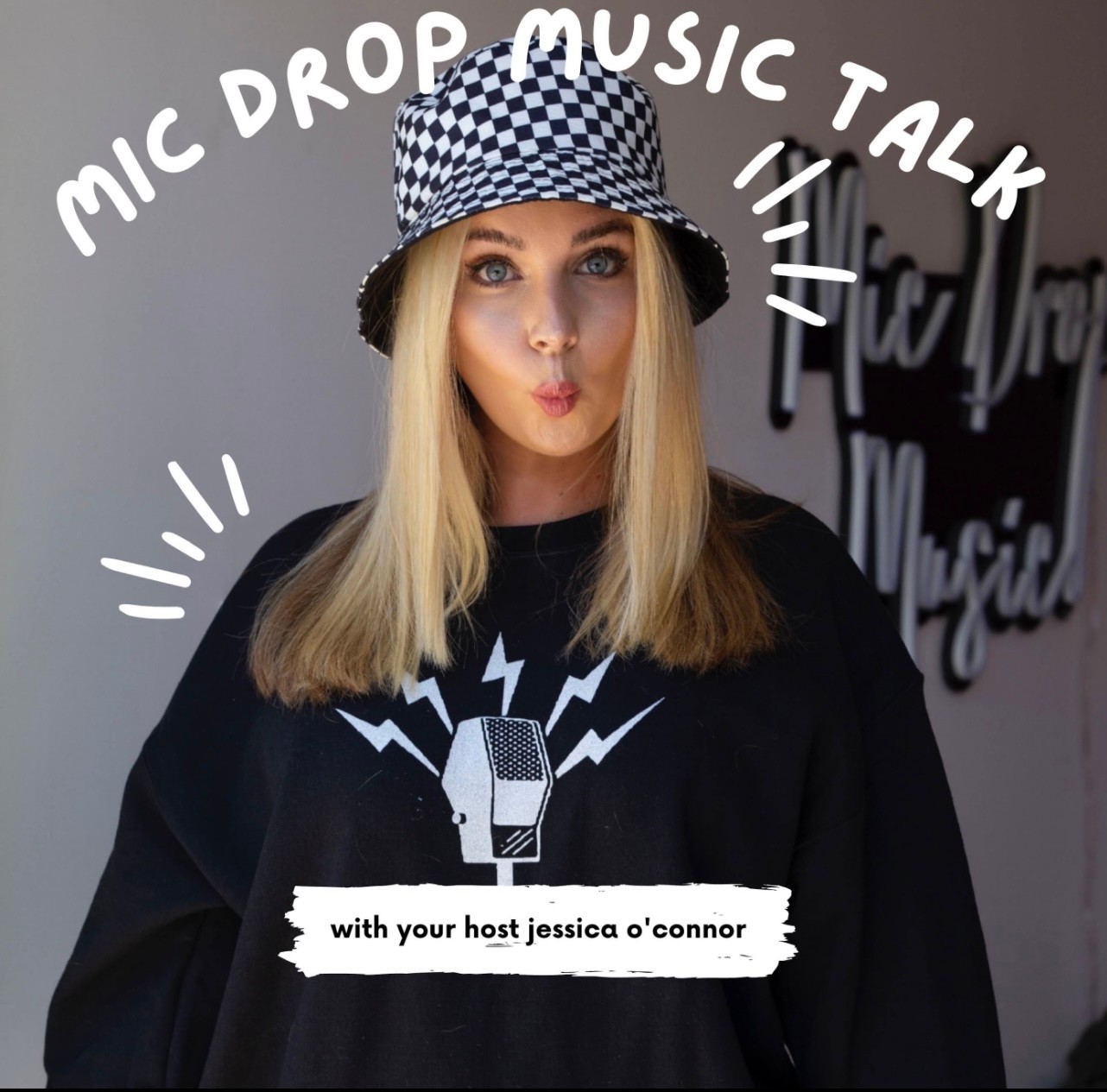 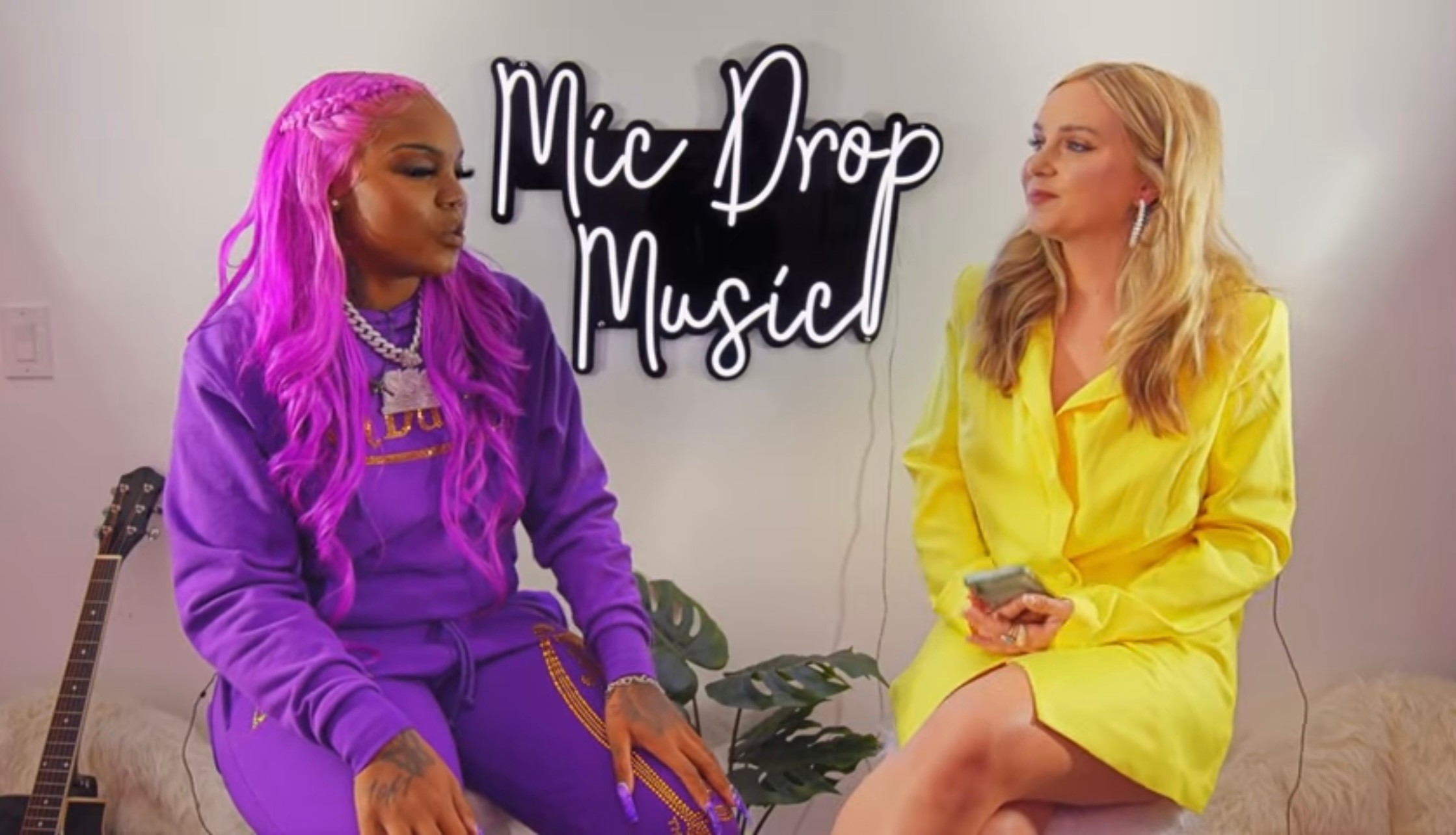