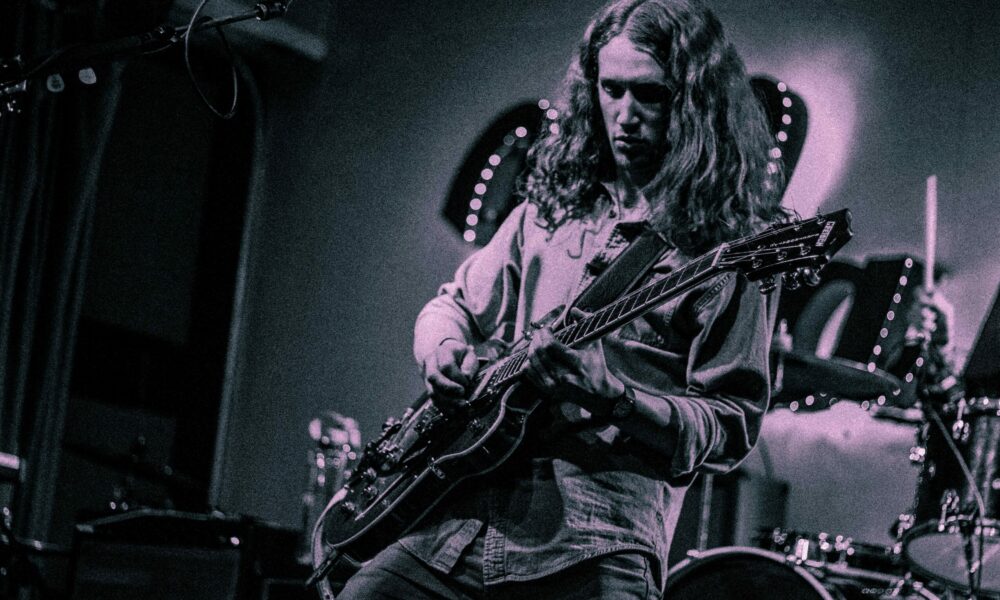 Today we’d like to introduce you to Mason Nozik.

Hi Mason, so excited to have you with us today. What can you tell us about your story?
I’ve had a love for music my entire life, but it wasn’t until I received Guitar Hero 3 as a gift from my dad around age 10 that I showed a genuine interest in learning how to play guitar. I picked it up very quickly, and after he taught me as much as he could, I joined the Paul Green School of Rock at age 12. Through rehearsing and performing various shows centered around things like Hair Metal, Led Zeppelin, and The Rolling Stones, my skill level as a guitarist, vocalist, and overall performer grew immensely.

As the end of middle school approached, I’d become more interested in writing, recording, and performing my own music so I left the School of Rock. I released a few songs on YouTube that got the attention of Mike Taddeo, a drummer in the grade below me, and we started our first band called The Independent. That band performed all over Cleveland through our time in high school and proved to me that music was all I wanted to do.

One of the biggest and last accomplishments of that band was making it to the finals of the Tri-C High School Rock Off 2014 at the House of Blues. In doing so, we were given the opportunity to record a song at the Recording Arts Technology studio at Tri-C Metro. I met the program director David Kennedy there, who showed us around the school and told us all about what the RAT program was. When it came time for me to decide what to do after high school, the choice was obvious.

The RAT program changed a lot of things for me. All my friends had left Cleveland to go to other schools, and I wasn’t in any bands, so I was able to put all of my time and energy into growing personally as an artist and audio engineer. I took some songs I’d written in the past couple years that I was really excited about, and applied everything I was learning in school to them. They would show me a new way to mic a drum kit, and I’d go home and rearrange the little studio in my parent’s basement and re-record all the drum tracks. I would learn a new mixing technique and would immediately implement it in all the songs I was working on. My recordings were getting better and better by the day.

I took those songs with me through the entire RAT program, endlessly tweaking and re-doing every aspect of them until I felt that I’d done as much as I possibly could to them. I got the audio finalized and those 9 songs became ‘Slumber’, the first Lone Thunder album, released on 04/27/2018. My Dad, Laurence Nozik, did all of the graphic design, photography, and videography for that album and for every project I’ve released since. I’d never done something like this before so it felt like a huge accomplishment for me. Nearly four years of writing, recording and mixing resulted in an album that I created entirely by myself.

Later that year, I began performing those songs live, recruiting the help of guitarist and college friend Tyler Jasterbowski, bass player Greg Houston and later on Kemet Ojo, and of course Mike Taddeo on drums. They were some of the best shows I’ve ever played, and performing the album with new people gave the songs an exciting new life. I never stopped writing and recording though, and released an EP called ‘Choreographed Dances’ on 01/18/2019, and my second full-length album ‘Cries from the Mayhem’ was released on 09/25/2020. Unfortunately, we haven’t had the chance to perform any of the songs from the new album yet, but now that live music has fully returned, we’re all looking forward to getting back up on the stage.

Most recently, since releasing the second album, I’ve been hard at work on the third. It’s very close to being finished now, and I’ve never been more excited to release something. This is my favorite album yet and I can’t wait for people to hear it later this year!

Lone Thunder is my outlet for creating art. It’s a way for me to demonstrate and enhance my skills as a songwriter, musician, audio engineer, and overall artist. It allows me to express myself in a way that nothing else lets me. What you hear is the result of one person creating and making noise on their own… a lone thunder.

I’m sure you wouldn’t say it’s been obstacle-free, but so far would you say the journey has been a fairly smooth road?
The biggest struggle was realizing this was something I could do on my own. Reading the album credits of Tame Impala’s 2015 album ‘Currents and seeing that Kevin Parker created it pretty much entirely by himself was a huge inspiration. It gave me the confidence to give it a shot and see how it goes.

It does get a bit lonely and uninspiring at times, but I suppose my other biggest obstacle is my perfectionism and desire for complete creative control, so it’s hard for me to invite other people into the writing and recording process.

As you know, we’re big fans of you and your work. For our readers who might not be as familiar what can you tell them about what you do?
As a musician, I play guitar, drums, bass, vocals, and a little bit of keyboard/piano. Guitar and vocals are definitely my main instruments, but I learned drums and bass along the way so I try to increase my abilities on all of them evenly now.

As an audio engineer, I went to school for studio music production and recording at the Recording Arts Technology program at Cuyahoga Community College. I use what I learned in school to create all of my music, but I also use it in my full-time job as an audio technician for live events at an A/V company here in Cleveland called NPi.

I would say I specialize in writing and producing music. Of all the things I put into Lone Thunder, I think that’s what makes me stand out the most. I love playing, recording, and mixing but that all comes second to having an ear for what makes a song special and unique.

I think what sets me apart is also what I’m most proud of, and that’s that I’m able to create all of this on my own. I’m not saying by any means that I think that’s how music is supposed to be created, or that it’s better if that’s how it’s created, but just that I look back on the music I’ve made and feel an immense amount of pride for what I’ve achieved. Like many people, I tend to doubt my talents and abilities from time to time, so receiving praise from people about something I put my entire heart into really helps push me through the low points.

So, before we go, how can our readers or others connect or collaborate with you? How can they support you?
Lone Thunder is a solo project that I use to demonstrate my growth and abilities in songwriting and music production, so for now, at least, collaboration on the music side is more difficult for me.

However, when it comes to performing live, I love that these songs take on a new life and fresh energy because of the people I’m playing them with. It almost feels like I’m playing a cover of my own song sometimes because of the on-stage collaboration, and that’s such a fun thing for me and for the audience.

I’d also love to work with anyone and everyone that’s interested in helping me create visual content to go along with the music. Whether it’s photography, artwork, posters, music videos, or anything in between, I’ll take the chance to meet and work with any visual artists that like what I do and want to make something unique and special. 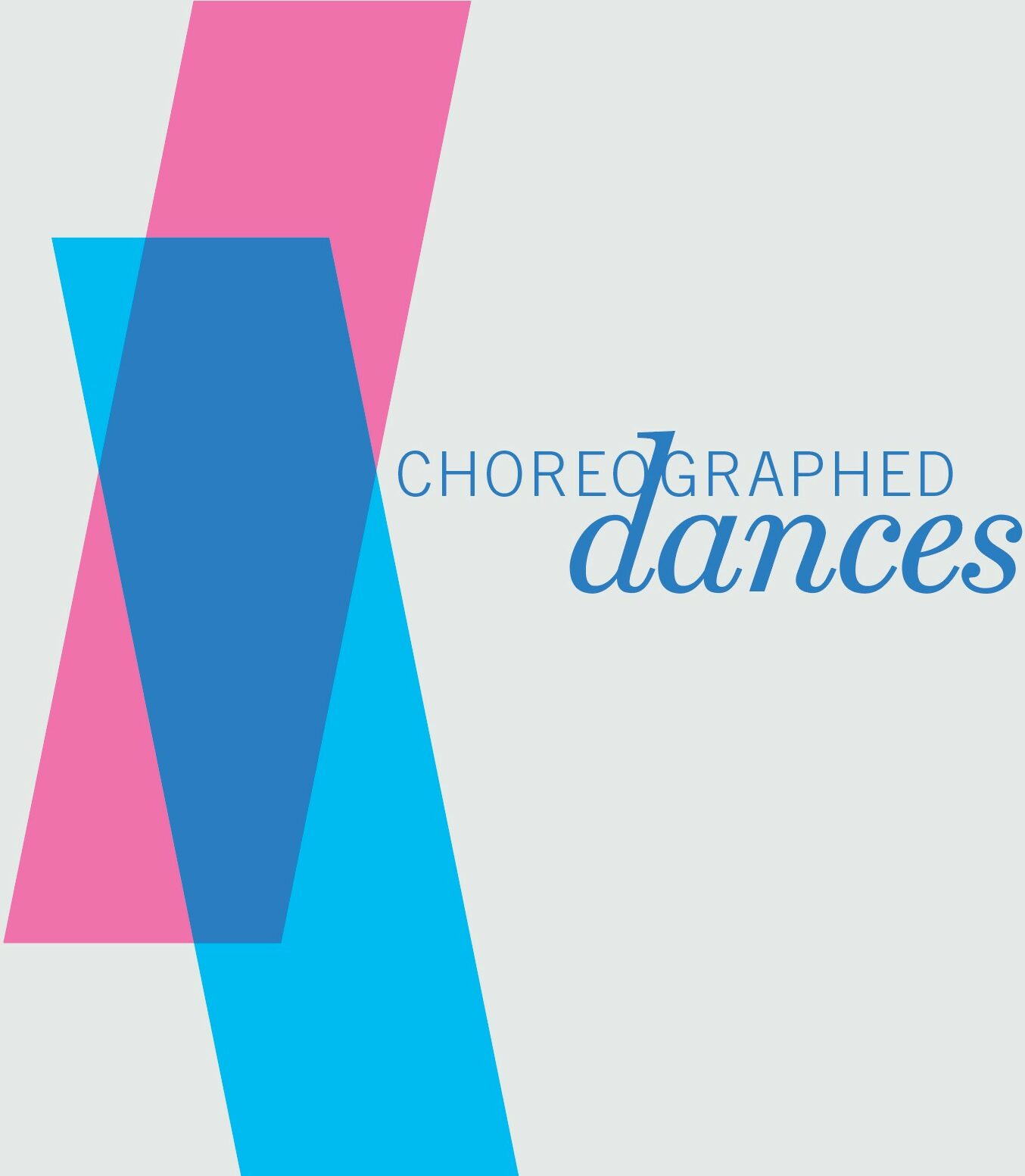 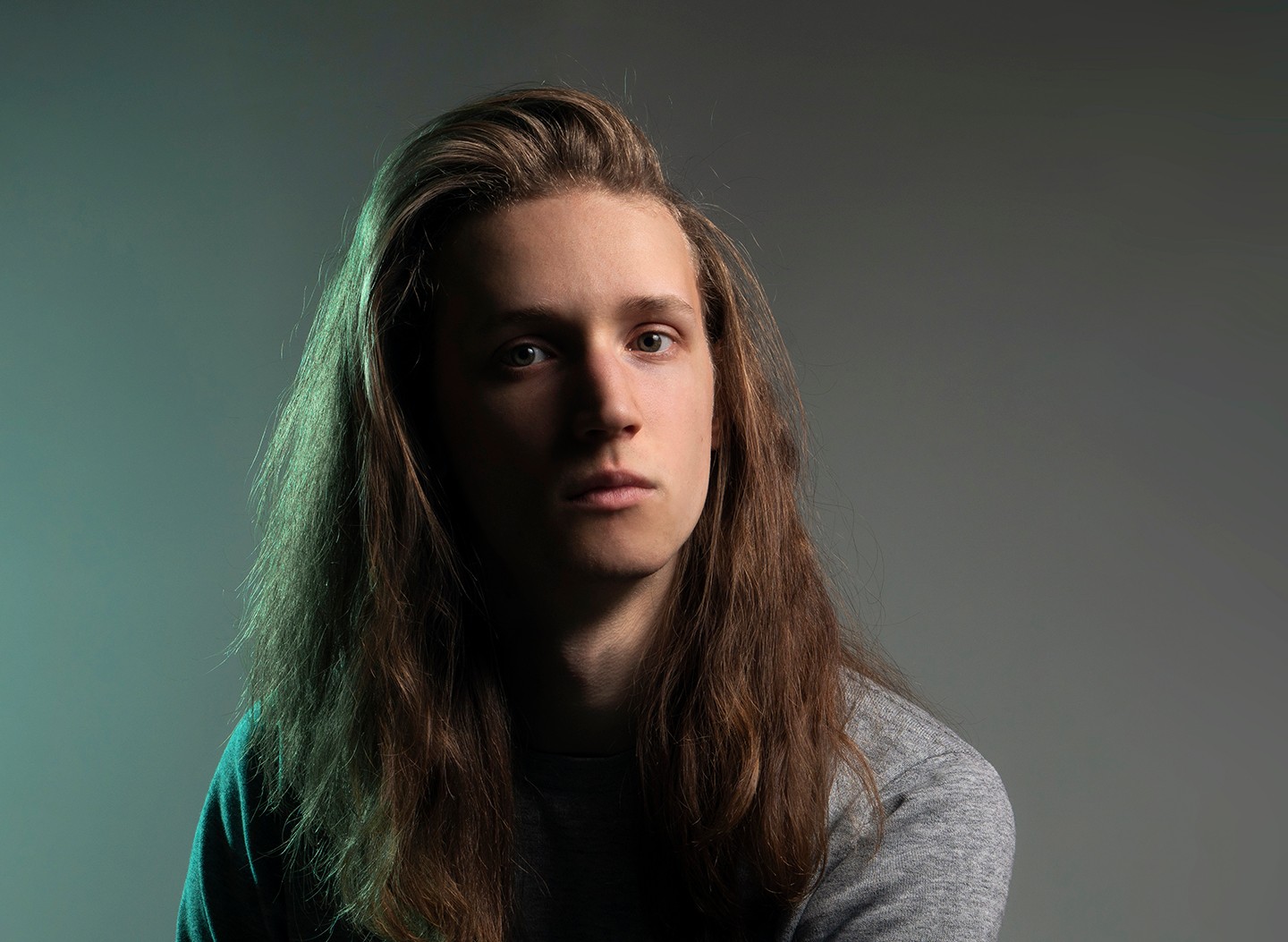 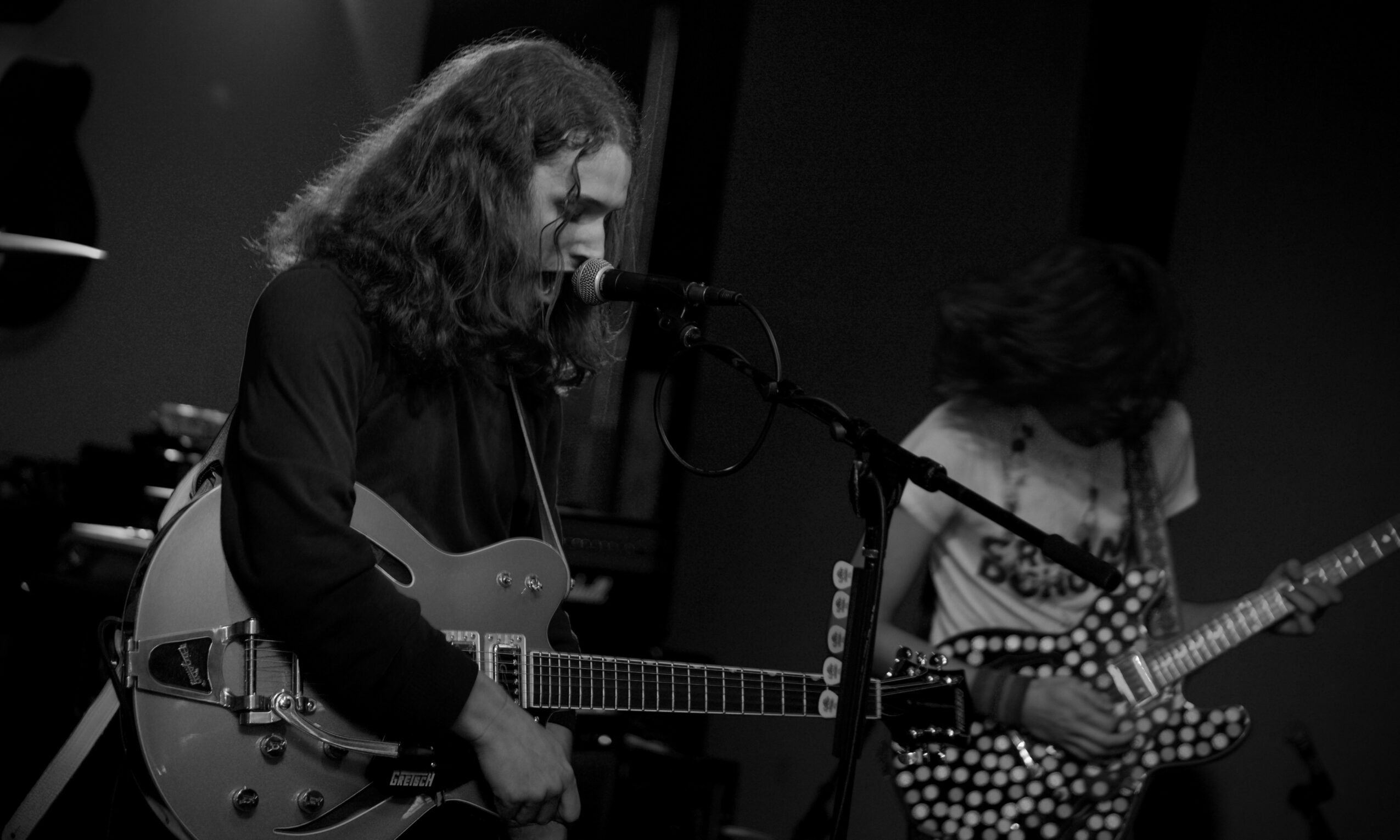 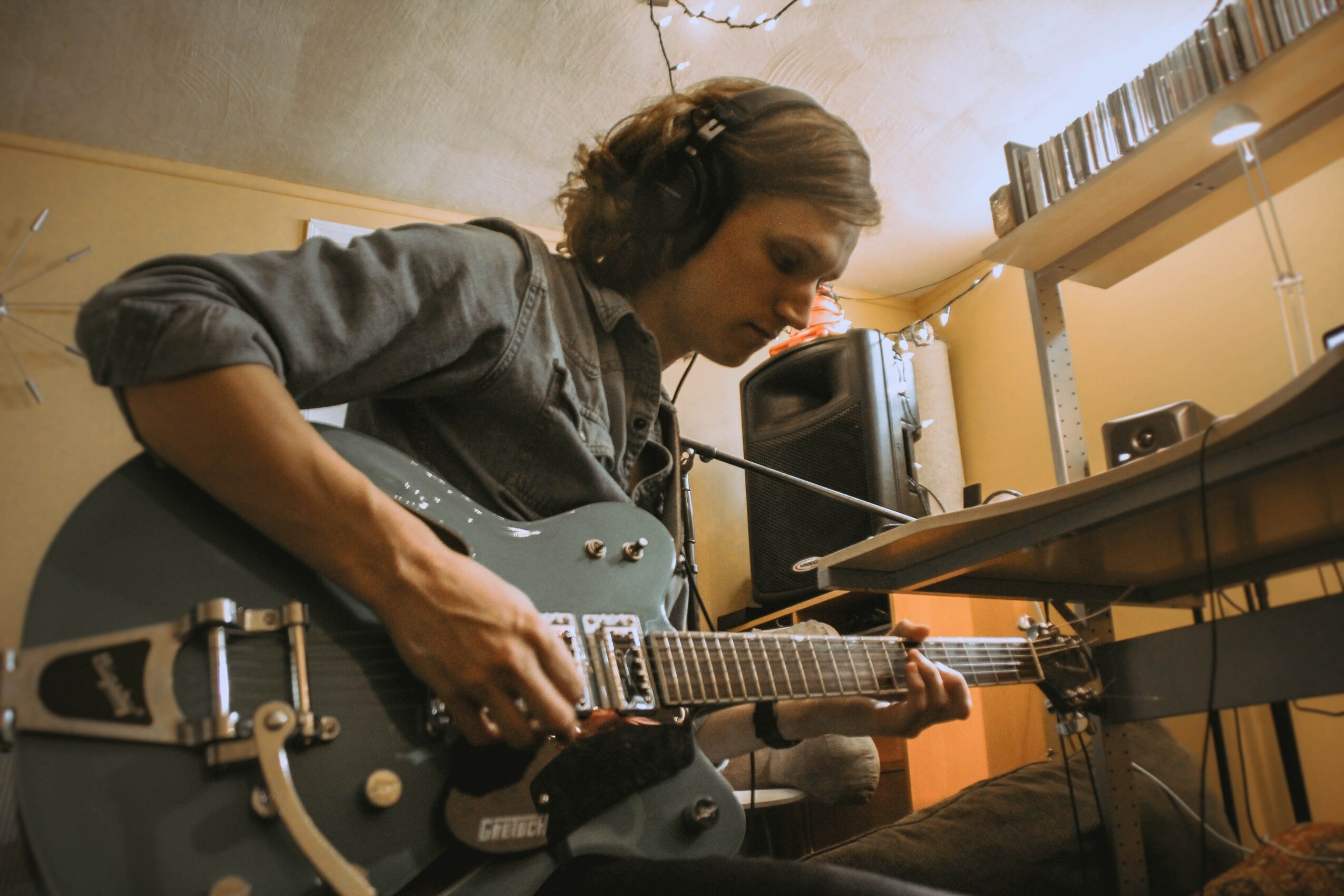 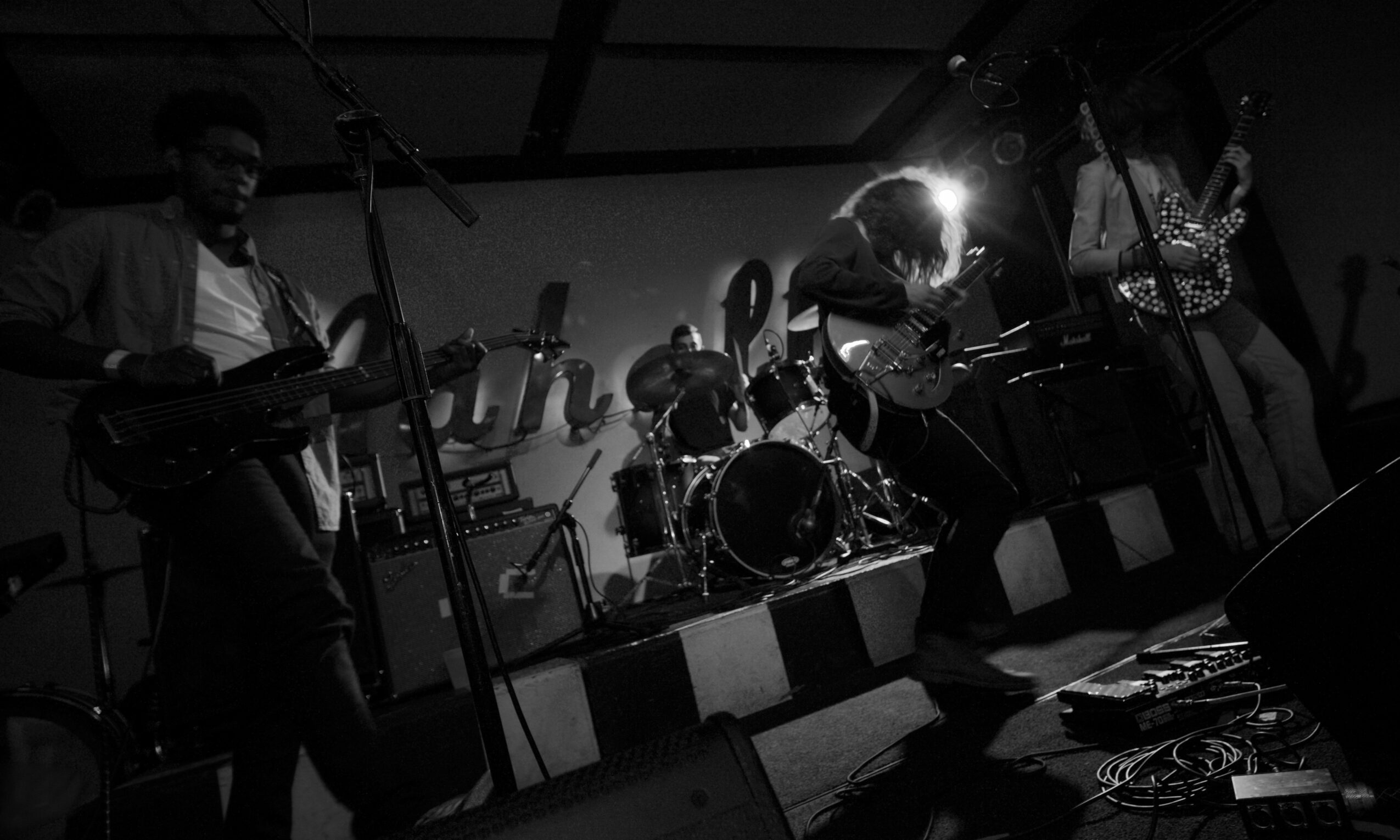 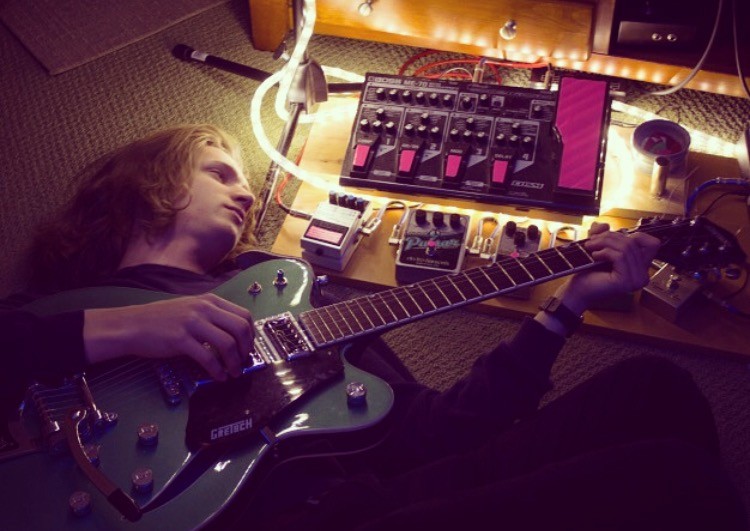 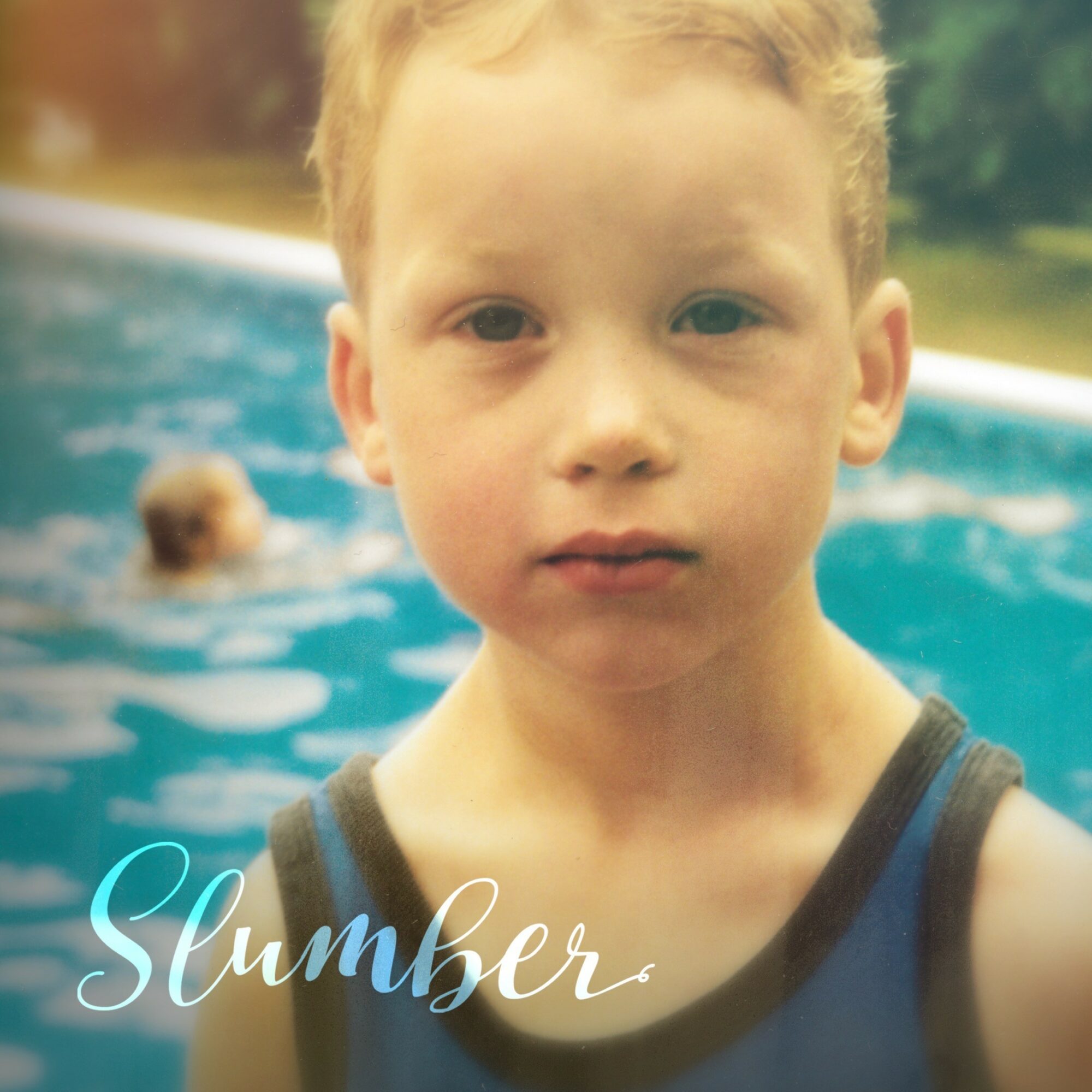