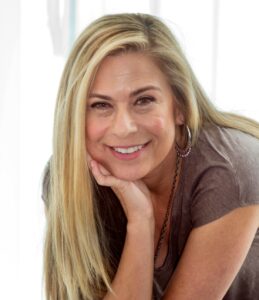 Today we’d like to introduce you to Anita Rosenberg.

Hi Anita, please kick things off for us with an introduction to yourself and your story.
Born in Cincinnati, I attended Walnut Hills High School and dreamed of a career in the arts. Majoring in welding metal sculpture at the San Francisco Art Institue and then earning an MFA in film directing from New York University, I became one of the few female directors in Hollywood in the late 1980s. My films “Modern Girls” and “Assault of the Killer Bimbos” became cult classic chick flicks.

After 14 years in the entertainment industry and the dangling carrot of next week – next week – next month – next month, not even a four-hour lunch with George Clooney at Warner Studio could entice me to stay in the movie business. So, I returned to my art roots and started hand-painting decorative decor –growing a global business out of my garage in the Hollywood Hills. While on a trip to Hong Kong to manufacture my collection in China, I was on a tour of The Peak when the guide started talking about “Feng Shui this and Qi energy that.”

I was intrigued and wanted to know more. If I could learn this magical mystical Asian practice to increase sales, why not? I studied Feng Shui and quickly realized I was a natural intuitive and had a knack for metaphysics. After twenty years as an international Feng Shui Expert and Hollywood Cosmic Coach, I have found a calling that both inspires and empowers me. Utilizing all the lessons I learned from my years in the movie business and building a million-dollar decor company, I can now Direct the destinies of other creative souls searching to find meaning and purpose to build a successful business.

Would you say it’s been a smooth road, and if not what are some of the biggest challenges you’ve faced along the way?
Navigating the male-dominated world of the movie business was challenging. After I made my two Hollywood films I thought doors would open for me to direct more projects. That was not to be the case. There were very few films, offered to female directors, and fewer projects with female leads or ensembles. Any time there was a girly project, I was considered –but these were few and far between. I wrote my own projects like “Denise DeBlasio – Suburban PI” – which was to be one of the first films for the newly created Fox Night at the Movies. “Encino Man” ended up being the only movie that they shot. Pitching female-driven movies were frustrating because most of the studio executives were male and those who were women would not have the power needed for a green light until a decade or so later. I persevered for over a decade and then I switched gears to something that I started finding more success at. Making art brought me immense satisfaction and put my creative powers back into my own hands. My current lifestyle business as a spiritual expert is where I am finding my Zen.

Alright, so let’s switch gears a bit and talk business. What should we know about your work?
What sets me apart from other metaphysical practitioners is that I am the only one to have also been one of the few female directors in Hollywood.

The lessons I learned from my years in the movie business are what I call upon in my current spiritual career. If I had not learned the tools of the business of making movies, I would not have understood how to grow a rather large design business or how to prosper as a spiritual consultant. I specialize in working with creative entrepreneurs because I am one myself. Most of my clients are in the entertainment business both in front of and behind the camera. The complex tools I have learned and continue to learn from Feng Shui, BaZi Chinese Astrology, and Qi Men Dun Jia are what I utilize to assist myself and others to shine in the spotlight of their lives.

My recent Feng Shui commercial projects are located in Cincinnati for the R2 Partners Group. Following in the footsteps of our father, Marvin Rosenberg, one of the original three founders of Towne Properties, my brothers, David and Barry Rosenberg, are developing amazing projects in the Cincinnati area as R2 Partners. They brought me and my associate, Amy Theisen, to Feng Shui before they broke ground to ensure the projects had great Qi energy and success. The first exciting development is at 423 Hogue Street located near the famous Precinct Steak House. Other projects are being built in Beechmont and Eden Park.

Let’s talk about our city – what do you love? What do you not love?
I live in Los Angeles, which I love. But I was born and raised in Cincinnati. As a midwestern girl, what I love about Cincinnati is that it is a grounded and very real place to grow up. Some of my grandparents were born in Cincinnati and others came over from Russia at the turn of the last century.

There is a strong sense of family and continuity in Cincinnati for me. When I go back home to visit I love the seasonal changes. The seasons don’t change much in Los Angeles. I love the smell of Autumn and the changing colors of the leaves. One of my favorite things to do when I was making art, was to go antique shopping outside the city in the country. I grew up in the suburbs, but we had a horse farm near Kings Island, and horseback riding and being at the farm was very influential. The Ohio countryside pings at my heart.

Graduating from Walnut Hills High School in 1975, was also an important part of my upbringing. It is a public school that you had to take a test to attend so what I loved about it was that I got to meet and befriend people from around the city. We had a very inclusive student body when I was there and I have stayed in touch with many of my classmates. There is lovely gentrification going on in the Over-The-Rhine area and it is my favorite area to hang out. I know some people are not as happy with the changing of this neighborhood –but I think it is a great thing to restore the historic tenements. Some of which my grandparents lived in when they first arrived in America. My father, Marvin Rosenberg, of Towne Properties, was one of the pioneers who gentrified Mt. Adams back in the day so I understand how difficult it is to be ahead of your time and also how rewarding it can be generations later. 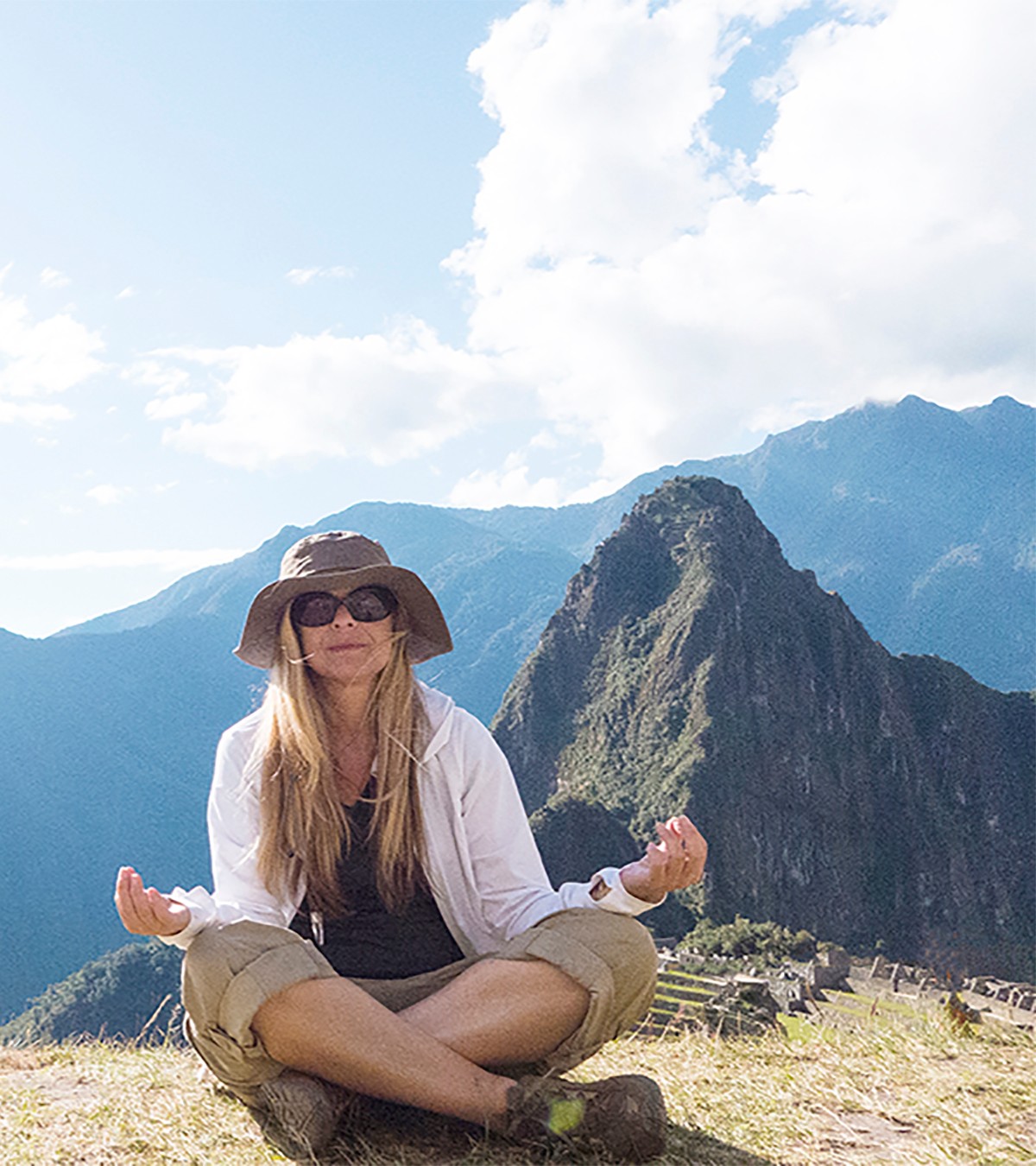 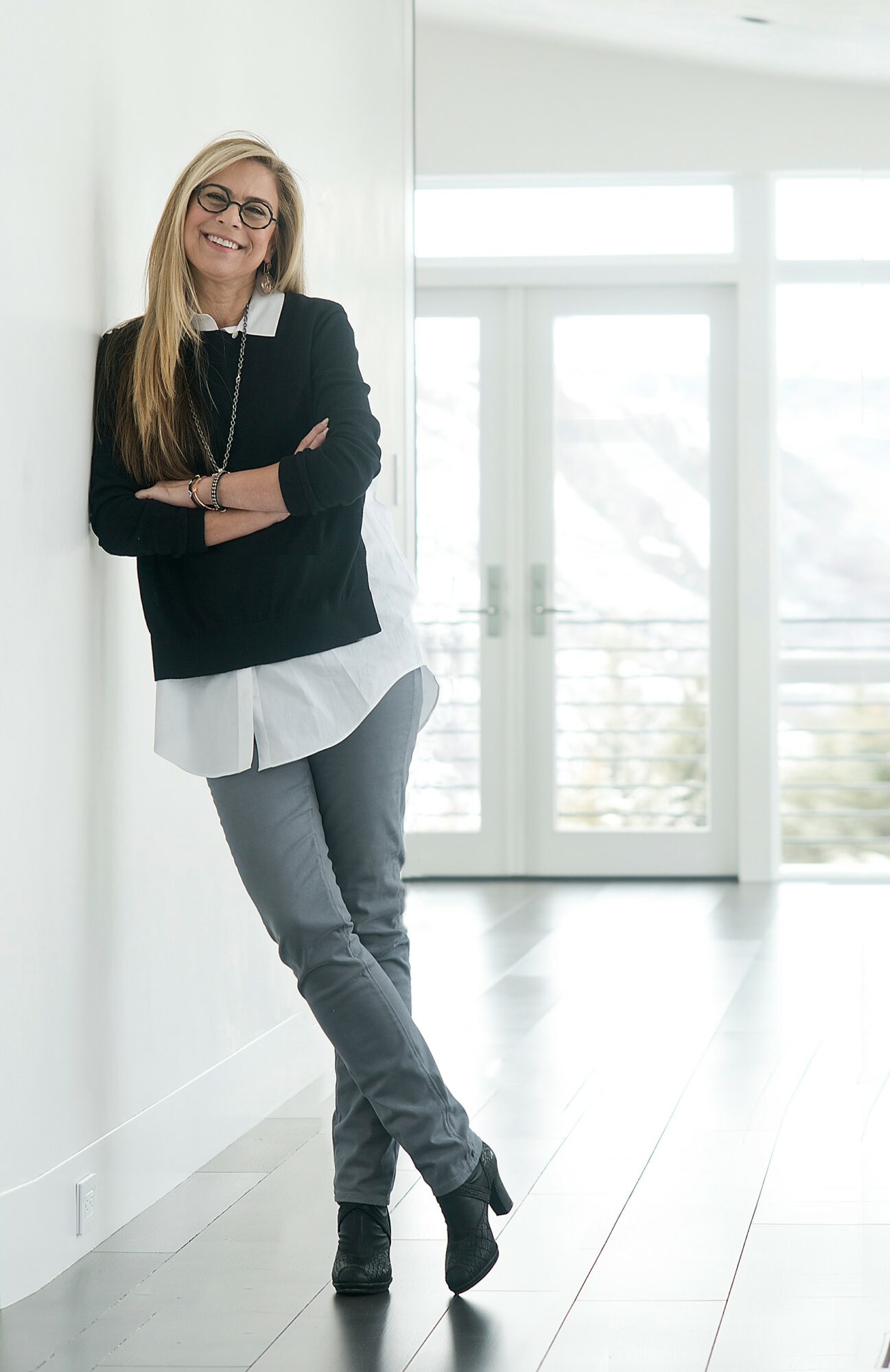 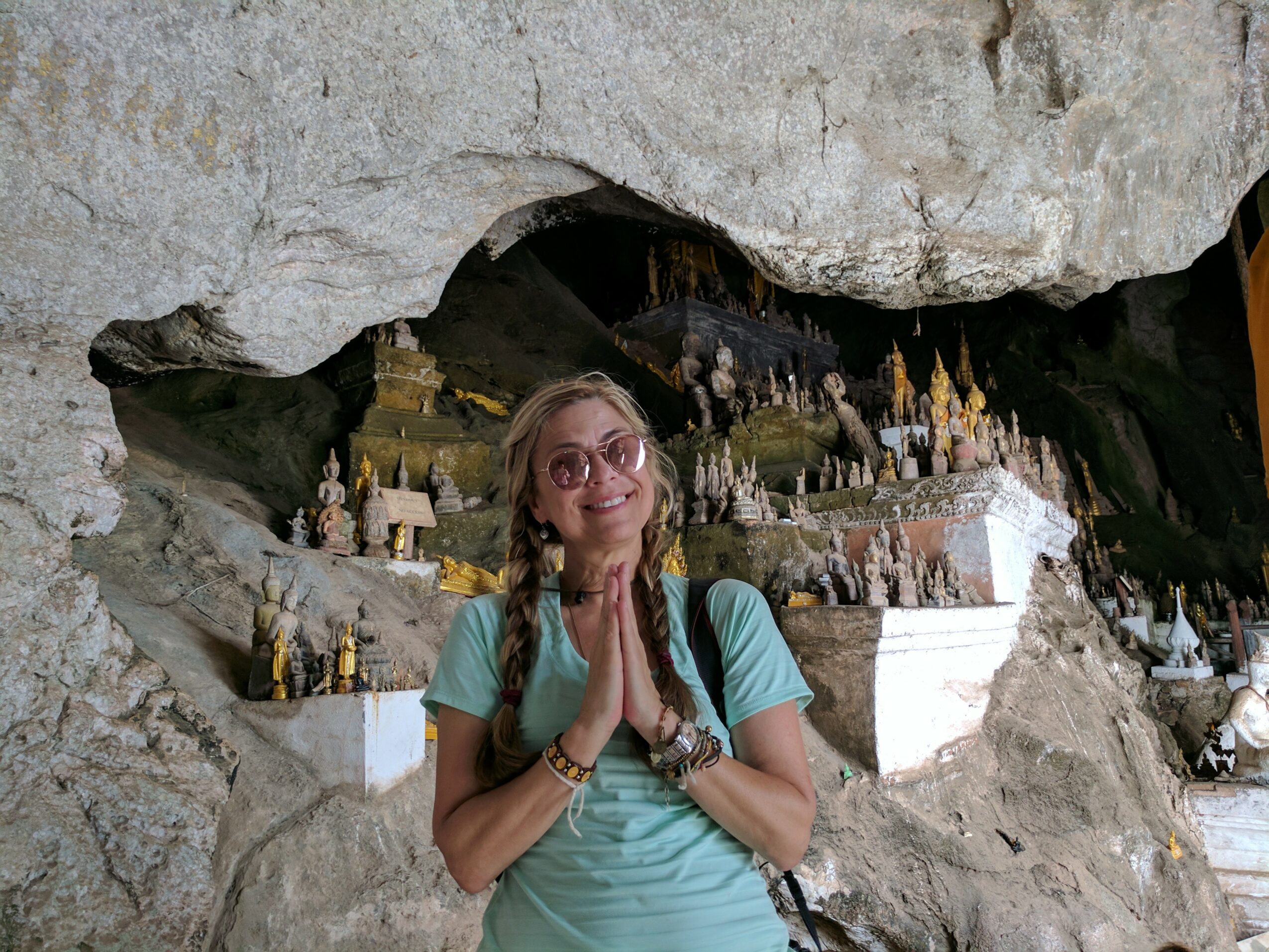 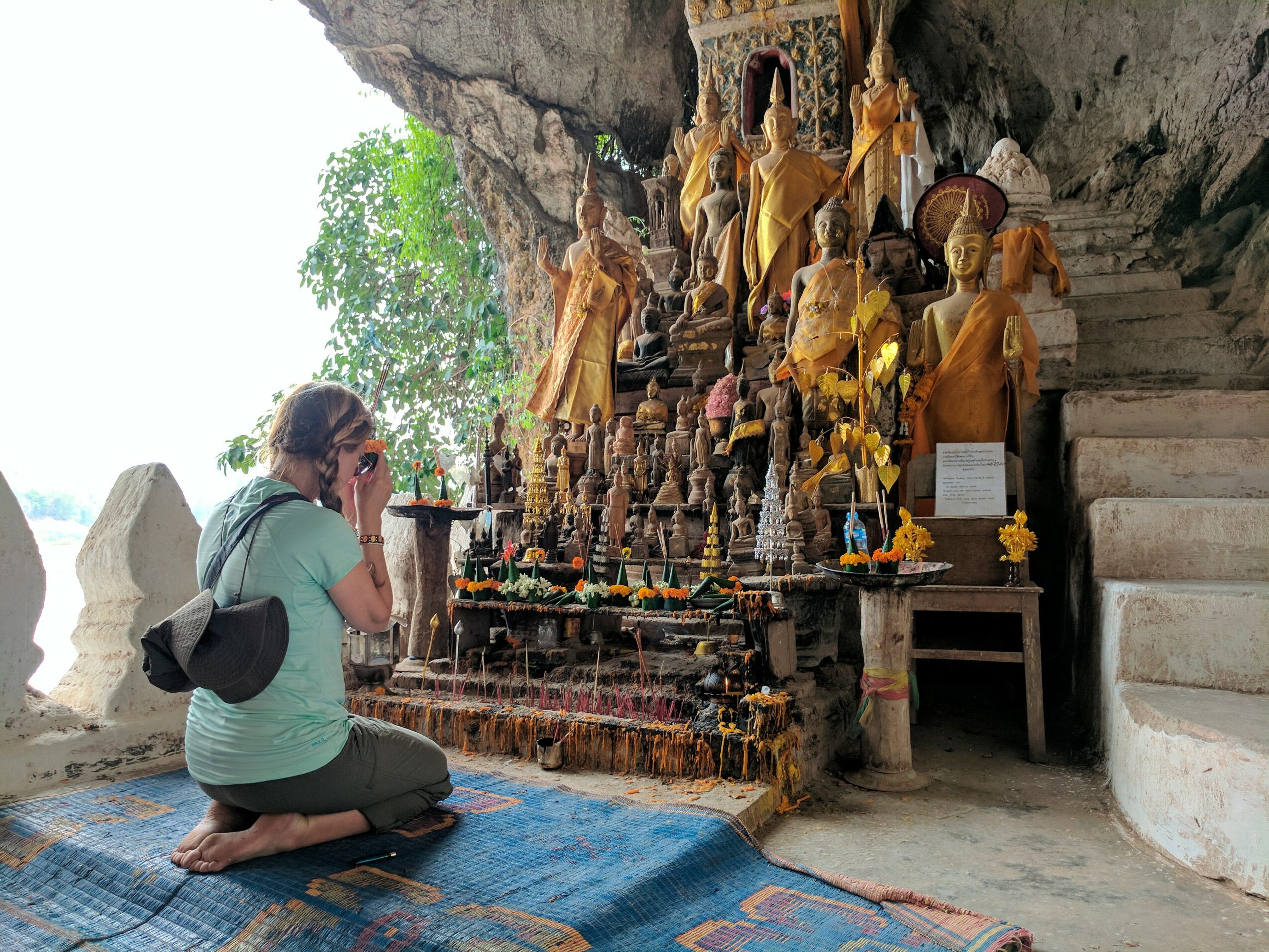 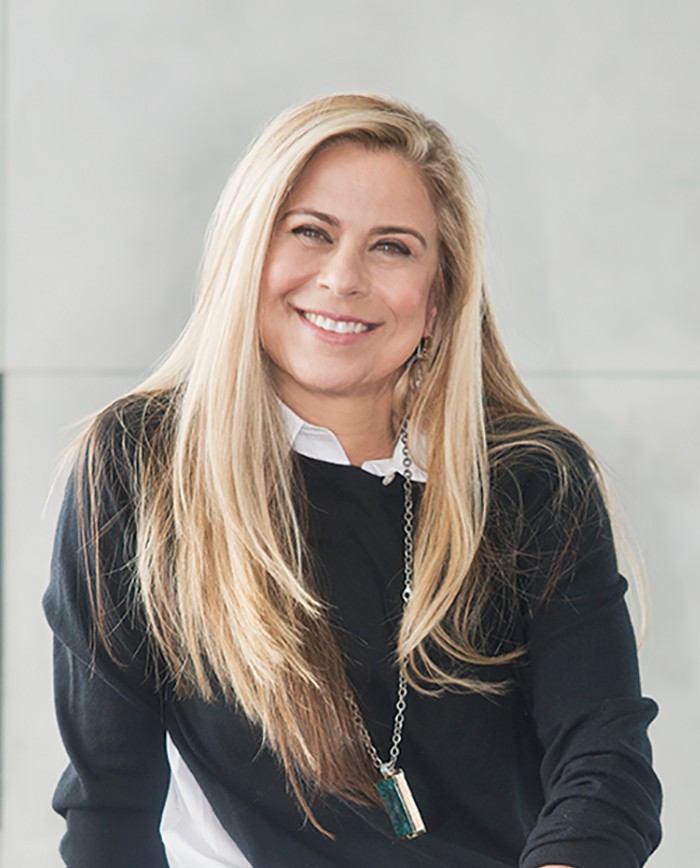 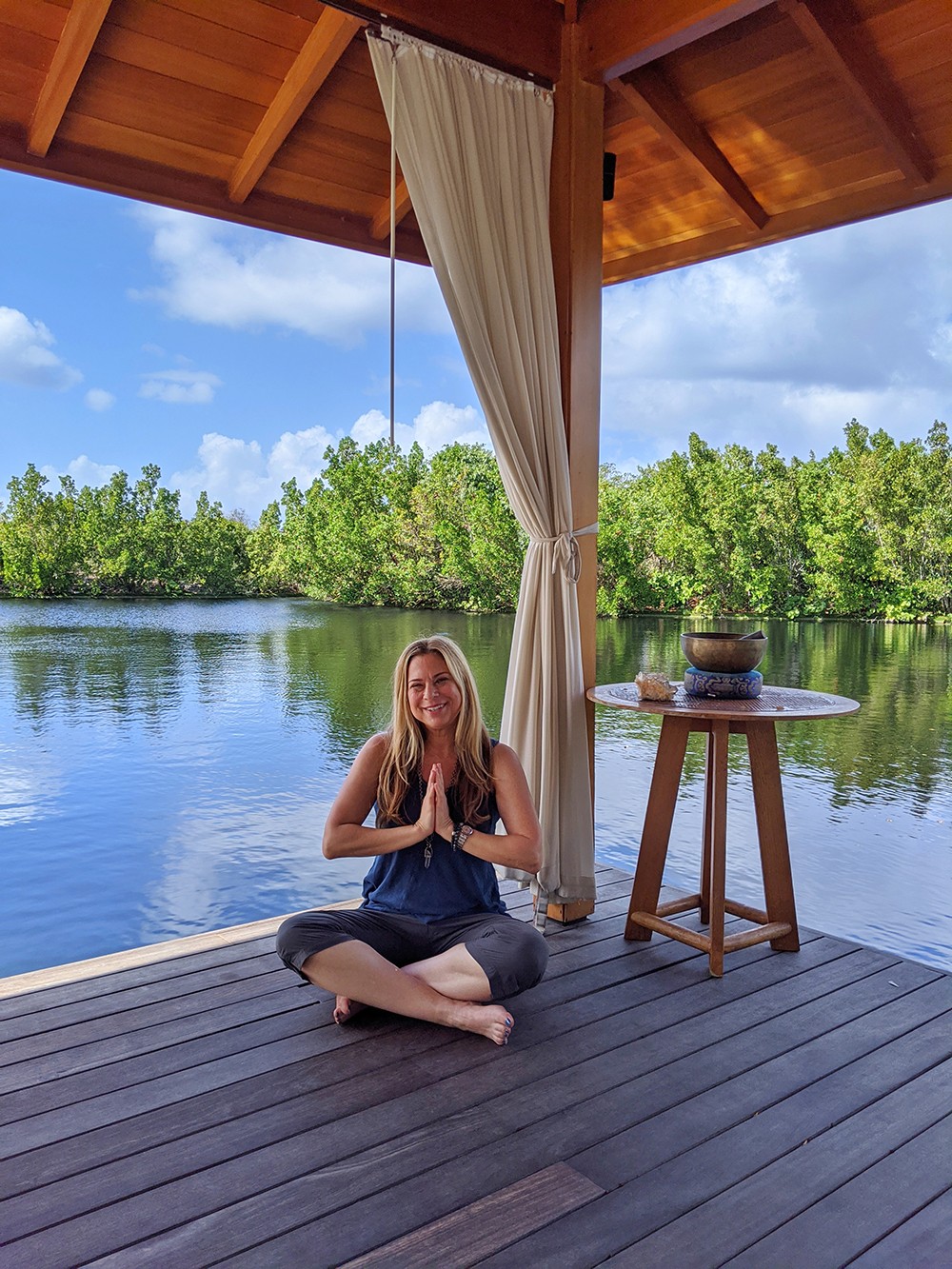 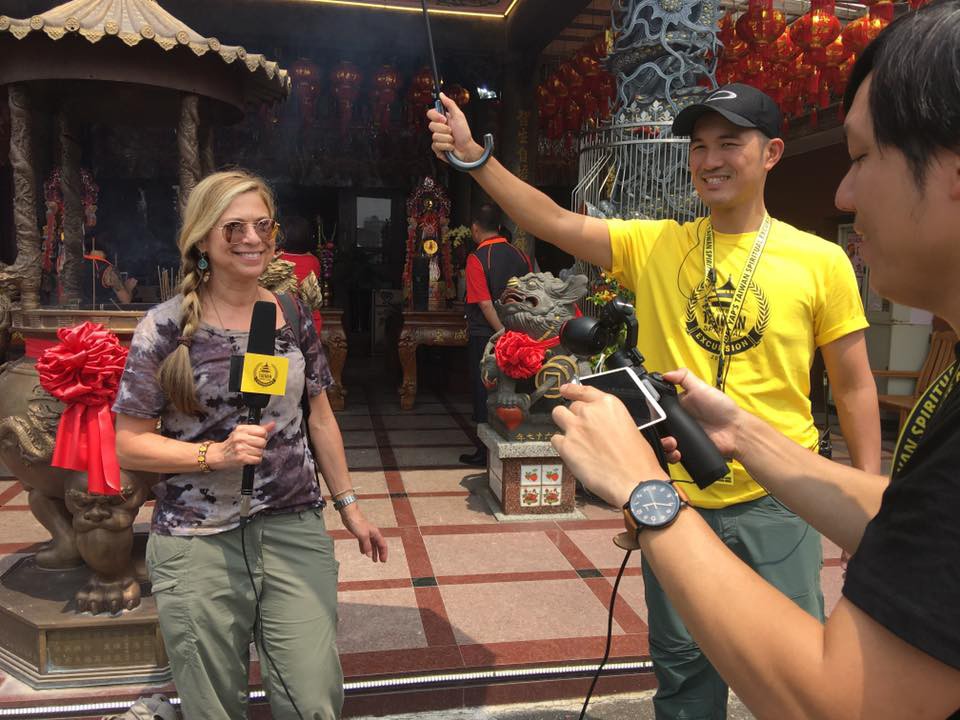 Suggest a Story: VoyageOhio is built on recommendations from the community; it’s how we uncover hidden gems, so if you or someone you know deserves recognition please let us know here.