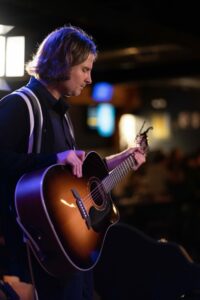 Today we’d like to introduce you to Ben Marthey.

Ben, we appreciate you taking the time to share your story with us today. Where does your story begin?
I’ve Always been interested in music and songwriting. Since I was a teenager when I taught myself how to play guitar just to be able to write songs from words I’d scribble down. I used to sit on my parents’ deck in the backyard at night and quietly strum my guitar and hum Melodie’s. My life has had a unique ebb and flow relationship with music as it has always sort of been a meaningful and creative outlet for me. I was also very involved with sports growing up baseball and football mostly. I attribute my sports background to developing a lot of the skills that still help me today such as persistence, drive, and setting and working towards goals to name a few.

My first band was a country band in high school which I had to give up when I decided to go ahead with an offer to play college football. Baldwin Wallace University which is where I met my good friend, future groomsman, and bandmate Jesse Hernandez.

After college, I began pursuing music more professionally. I auditioned for a budding rock band that ended up taking on the name Rosella. Rosella did a lot of local and regional touring as well as releasing 2 full-length albums, an EP and an animated music video. I was the frontman and occasional guitar player for about 10 years. We shared the stage with many nationally known bands and We were name best rock band in Cleveland by scene magazine. We even played at blossom music center, twice, one of which was opening for Creed MainStage.

During my time with Rosella, I met my wife Who I’ve been with going on 12 years now. Simultaneous to working on a music career I was also going through nursing school. Shortly before finishing nursing school, we had our first child, Estella, and 3 years later Elynn. Although Rosella never officially “Broke up” life events between all 5 of us made it hard to keep going.

Being a nurse during COVID put a lot of things in perspective for me after rosella faded, I didn’t touch a guitar for many months. Going through the pandemic made me realize that I need to have a musical outlet in my life it’s extremely important on so many levels. So, over the past 2 years my longtime friend Jesse and I have started a project we call Van Arlo. We play everything from covers to original music. We write, record, and produce all of our original own music. We have 3 singles out on all streaming platforms and we’ve released a live acoustic music video of one of our songs called Play to Win.

Would you say it’s been a smooth road, and if not, what are some of the biggest challenges you’ve faced along the way?
Struggles? I’d more like to call it, as I mentioned before, an ebb and flow. But yes, there have been a lot of ups and downs or times when life would lead me away from writing or making music at all and I’d focus on something else. But the inspiration and need/desire to write songs, record them and perform them always comes back. The most important thing and also the biggest challenge is to just keep doing it.

As you know, we’re big fans of you and your work. For our readers who might not be as familiar what can you tell them about what you do?
Music mostly, and I also love to cook. I wouldn’t say I specialize in anything really just try and follow my inspiration and run with it. Sometimes it’s with food and sometimes it’s with a song. Musically, I am most proud of the fact I am still doing it. Life has giving me many opportunities to give it up but under each of those is a reason to keep doing it.

As an independent artist, I think it’s important to realize that many of us are not living entirely off of our art. Like me, so many artists have jobs/careers and families, and trying to wear all those hats and still be able to do the work that feeds your soul is a real art in and of itself. I am most proud of that. Over the course of my musical career, I’ve had my music on television, played large venues, spent nights in hotels, been on the radio and podcasts even performed at friends’ weddings.

What sets me apart or makes men different? Well, I’m not musically trained I mean I’ve never had any formal music lessons. Everything I know I’ve learned from playing with other people or just doing it over and over and over.

If we knew you growing up, how would we have described you?
I’ve always been pretty easygoing, at least, on the outside. Growing up I played a lot of sports like football and baseball. I was an all-state athlete in both football and baseball. I love food and cooking. Growing up my parents always kept a huge garden I learned a lot of what I know about food from my parents. Music sort of found me during the grunge era. I loved bands like nirvana. Pearl Jam and Stone Temple Pilots. I’d spend hours in my bedroom singing and trying to make my voice sound like Kurt Cobain’s. 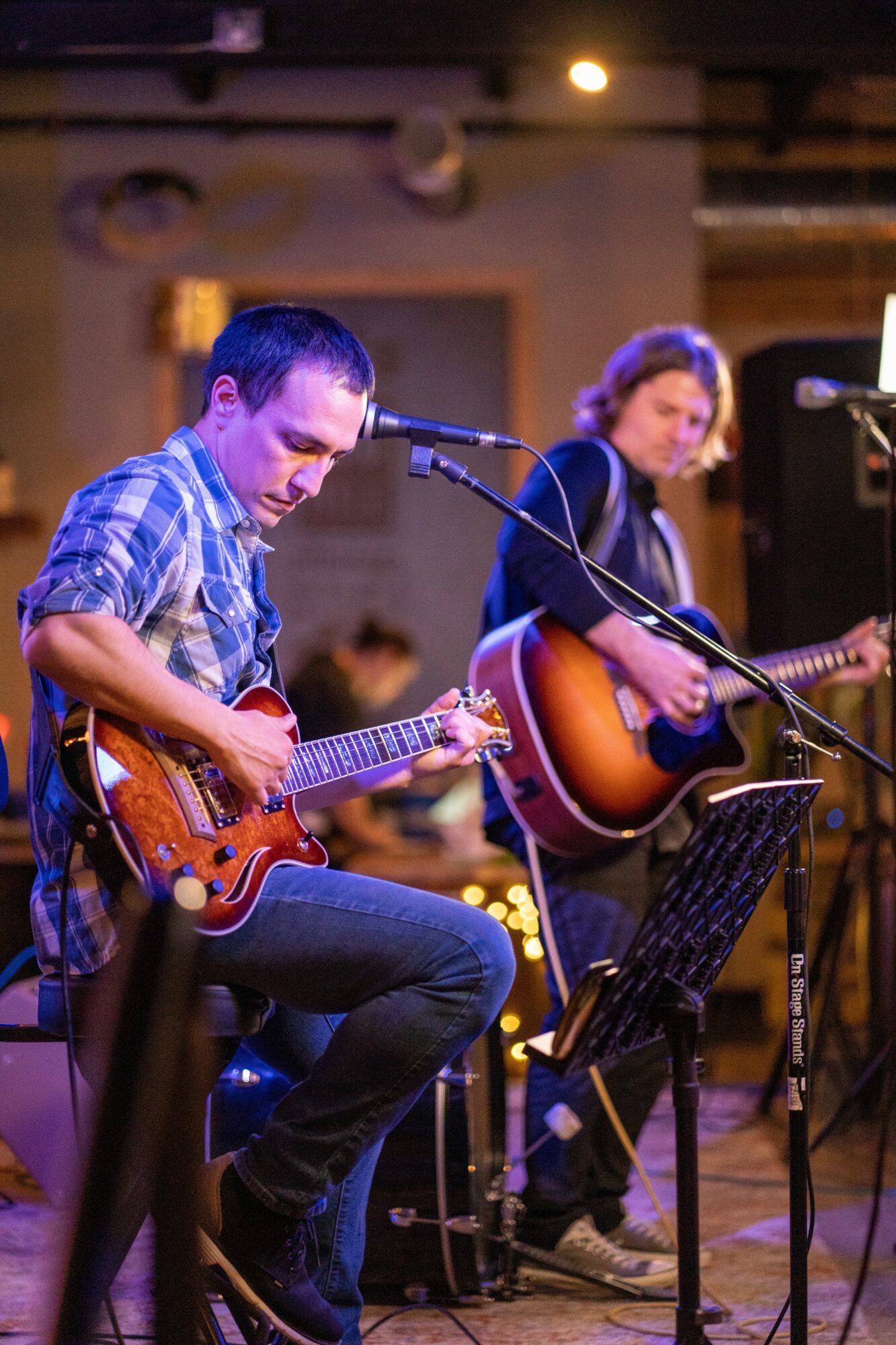