Today we’d like to introduce you to Wes McCraw. Them and their team share their story with us below:

Wes McCraw is a guitarist and music producer currently residing in Akron Ohio. Wes has enjoyed success as a music producer, audio engineer, guitarist, composer, and sound designer for over three decades. His guitar playing has been described as, “flamboyant”, “smooth”, and “…the truth”. As a performer, his skills as a guitarist have taken him all over the country and abroad…performing throughout the continental U.S., Jamaica, and the Dominican Republic. As a producer/engineer he has produced audio content for some heavy hitters in the industry including; MTV, PBS Television, Lifetime Movie Network, Hasbro Toys, and American Greetings.com. In 2014 he composed and performed pieces for the full-length film documentary, Collecting Sgt. Dan… winner of the Marine Corps Heritage Award (Norman Hatch) Award Best Documentary 2014. The film also won the “My Hero International Film Festival Award”. Wes also produced and performed on jazz music artist Michael Egleton’s 2014 CD release, “A Look into My Heart” winner the 2014 Ohio Music Awards-Best Adult Contemporary CD. In 2017 and 2018 he produced and performed on two of singer/songwriter Shelby Olive’s submissions to the Akron High Arts Festival music competition. winning 1st and 2nd place consecutively. Incidentally, he also records the voice-overs for the nationally televised General Insurance commercials as well as produced and performed the jingle.

When he’s not on the road you’ll find him at Creekside Audio Recording studio…a full-service residential recording facility he owns and operates. Wes also serves as an advisor on the Digital Media Advisory Committee at Stark State College in Canton Ohio.

Would you say it’s been a smooth road, and if not, what are some of the biggest challenges you’ve faced along the way?
I’ve been fortunate to stay busy and relevant in music/audio production through the years. If I’ve had any obstacle, it’s been the advancement of recording technology. For the professional, it’s been great! But It’s been said that “the best thing that has happened to the music business is that now, anyone can record. The worst thing that has happened to the music business is that, now anyone can record”. LOL Because of easy access to inexpensive recording software and audio interfaces, it has become much easier for artists and clients to produce quality audio at home. In regards to corporate clients… same thing. There was a time I would often get hired to compose original music or record sound effects for commercial use on radio or television. But with the explosion of online libraries for royalty-free music and sound effects, those days are virtually gone. For those reasons, I’ve had to learn to diversify my production skills in order to stay busy. One way I’ve done that is to branch out into the voice-over world. My partner Rick Sellers an I started Premo Demos in 2018…a creative team focused on demo production specifically for the voice-over community. We’ve had success with that…including a few nominations for SOVAS Awards (Society of Voice Arts and Sciences). I think there will always be a need for highly skilled audio engineers and producers. Even with easy access to home and office recording, there are still plenty of things that the average person just doesn’t have the skill set to achieve in regard to audio production…things like editing, mixing, creating sound effects, and working with multi-track productions.

Appreciate you sharing that. What else should we know about what you do?
If I had to describe what I do, I guess I would say my job is to take an idea in someone’s mind and transform it into something you can hear and feel. A client contacts me and describes a song or concept, and through our conversation, I decide what approach to take…what needs to be done to turn the music or concept into a fully realized audio production. If I’m successful, at the end of a project, the client will say to me, “that’s exactly how I heard it in my head” As far as any specialty I could name, that’s a tough one. I’m a really fast editor. I think I have a good ear for arrangements. And I’ve had a lot of experience creating sound effects and sound design.

I think I’m probably the best known for my guitar playing. I do a lot of it, performing live sometimes as much as 3 to 4 times a week. Performing live definitely keeps my playing skills sharp… which is helpful when doing session guitar work in the studio. Although I wouldn’t call myself a session player. Did I mention I’m a good editor? LOL. I’m certainly known for my music production. I’m also becoming better known in the voice-over community for my work on voice-over demo production.

I think one of the things I’m most proud of is taking in young inexperienced artists, giving them a real-world professional-level music production experience, and then seeing their faces light up when they hear the final product… seeing how proud they are to share what they’ve done with the world. It’s a great feeling to know that you’ve helped someone take a seed of an idea and bring it to fruition.

I think one thing that sets me apart from a lot of studios is that I can do a lot of things myself as the producer. I don’t claim to be Prince, but I can play enough guitar, drums, bass, and keys to round out a pretty convincing-sounding one-man band. And for those things I can’t do, I have a lot of very talented friends that I call on from time to time as session players. A lot of my clients are singers/songwriters. Maybe they play a little guitar…maybe a little piano. They come in with a song, and for the most part, I’m able to be their band. It’s really all about the song anyway…LOL.

What makes you happy?
What makes me happy? Well, on a personal level I guess my relationships with people. I spent a lot of time working by myself in the studio, so it’s nice to get out with friends. Traveling is nice. I would be one of those people who when asked, “what would you do if you hit the lottery?” … I would probably say travel the world. (After I outfitted my studio with every new toy imaginable of course). On a professional level, it makes me happy when a project really comes out great and I know I’ve nailed it. it doesn’t happen very often because I’m such a perfectionist. Sometimes I never go back to listen to things I’ve done before because all I hear are the imperfections. But when I feel like something has really come together and everything sounds perfect…that makes me happy. 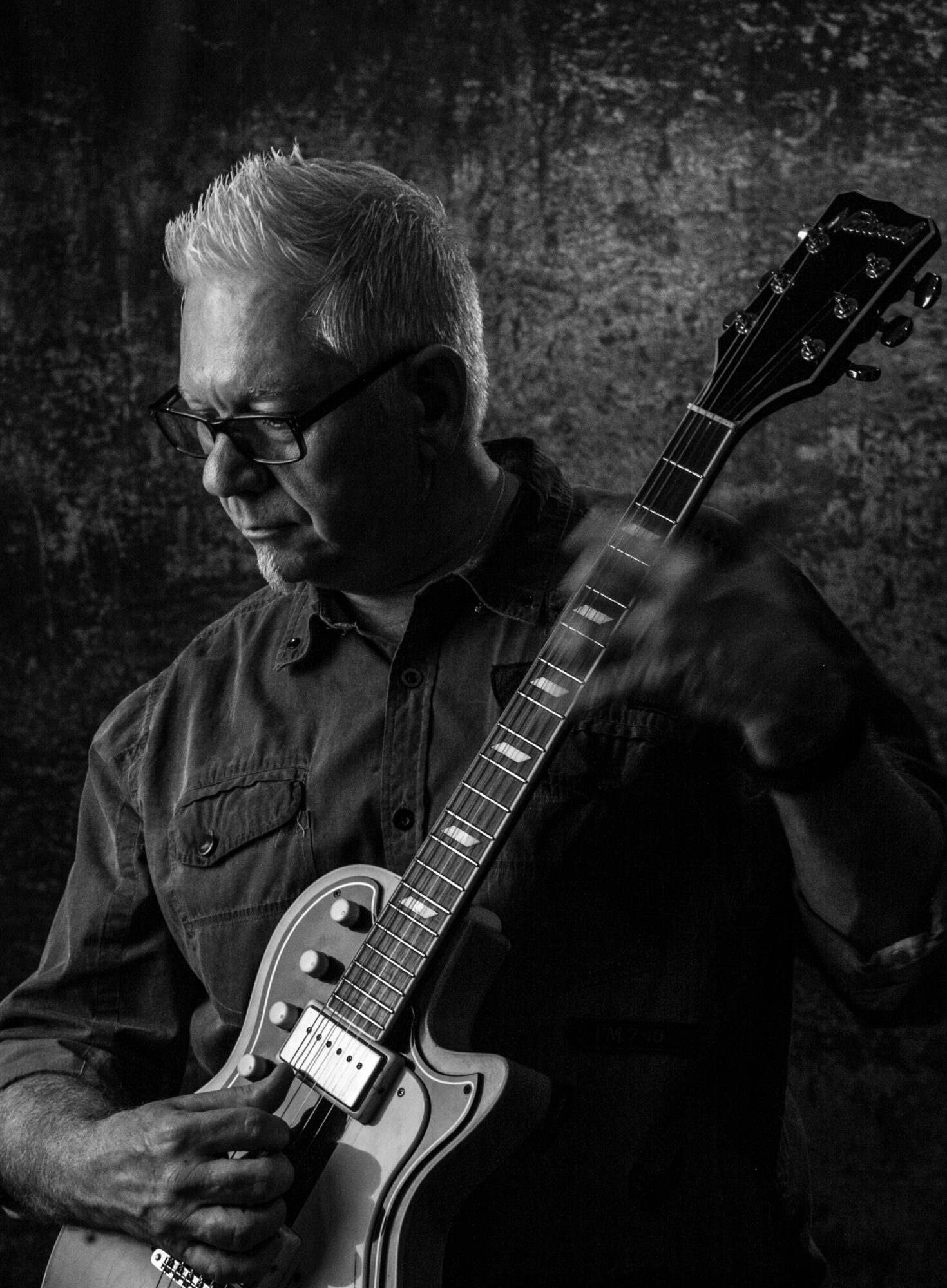 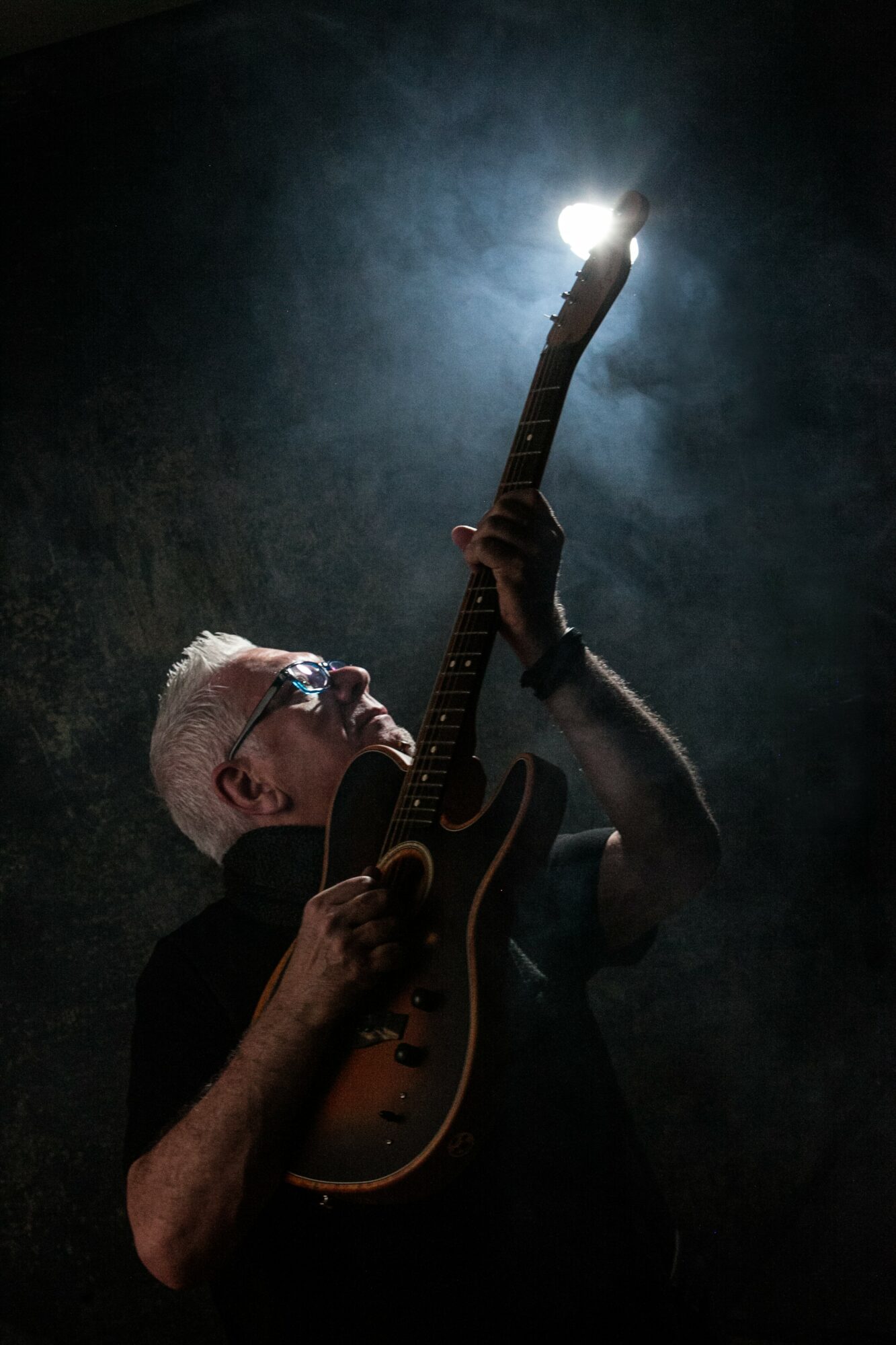