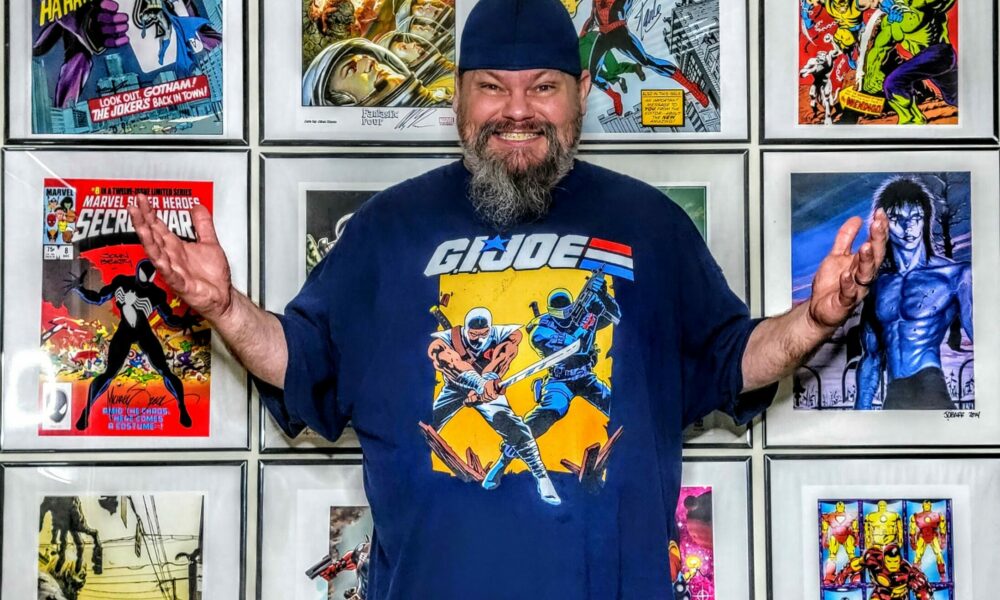 Today we’d like to introduce you to Kevin Stahl.

Hi Kevin, thanks for joining us today. We’d love for you to start by introducing yourself.
My life-long love for all things comic book and toy-related began very early in life. I grew up playing with Star Wars, G.I. Joe (A Real American Hero), Masters of the Universe, and most others around that time frame. I, of course, was addicted to the comic books and cartoons as well. These passions would wane over the years as other things come in and out of your life, but as I grew older, I had a serious pull to come back to what I had always loved.

In early 2020 COVID-19 had the world in a strange and scary place, the job that I had worked for over 22 years had released 57 employees on the same day. I was one of those released. After some soul searching I had quite a bit of time on my hands as the job search was slow due to the uncertainty of the pandemic. I began collecting toys again with a passion. I had already been collecting comics again for a while, but the toy collecting felt old and new at the same time.

The toys these days were miles better than when I was a kid, and I was in love (again).

From there I realized I wanted an outlet for this new burning passion, I had heard and scoffed at these people on YouTube thinking it was dumb and a waste of time. There is no way anyone can earn real money doing that. Boy, was I wrong. I have learned that many people make a living by broadcasting on YouTube, Twitch and many other social media and streaming platforms. I can’t quit my job just yet. But I am happy to be able to share my love for all things pop culture with the world. I very much enjoy going to comic book conventions, meeting the artists and writers who create the amazing world that I love. I collect signed comic books and art prints.

Copper Age Gold is my outlet to connect with so many people out there. I share new movie, and T.V. trailers, news about pop culture, comics, toys, and so much more. We now have over 3000 followers on our social media channels. I am very proud of that, and I try to connect with as many people as possible. I try to showcase people and stores locally and help others see what I think is cool. I also give my opinion about whatever is relevant to me at the time. I think the thing that people want the most is honesty and sincerity.

When I started Copper Age Gold, I had no idea of how to shoot or edit video or most other skills relating to having a channel. I tried to watch as many videos as I could to learn how to do these things. There is so much help out there for people, and I am very grateful for it. There is so much to learn; I learn new things all the time.

The name Copper Age Gold was something I created as a play of the ages of comic books, The copper age of comic books was from around 1980-1991. This was the time when I was a kid, so these books really resonated with me. I thought why not include them into what I do and focus on them and the toys and pop culture from that time as well.

There are so many toy channels out there, so I thought how can I be different? How can I do something nobody else was doing? As a kid, I used to collect sports cards, and the most valuable card of a player was always his first card or rookie card. I had wondered if that would transfer over into toys. Which started a very long and tough journey to find every character’s first action figure. Easy right? Not so much, there is very little information about such a quest. I would spend hours scouring the internet for information. This is part of what I focus on with my channel.

We all face challenges, but looking back, would you describe it as a relatively smooth road?
One of the biggest hurdles is getting people to care about your passion. It is something that if you believe in it, you just have to keep your head down and plow through all of the self-doubt and second-guessing. It is checking to see if anyone watched your new video that you worked so hard on, only to see 13 views. You have to learn that failure is more common than success in most cases. Taking the time to learn new things is paramount in achieving new heights. Never be happy with what you are doing, there is always a new and better way to do something. Learn and adapt.

Can you tell our readers more about what you do and what you think sets you apart from others?
I am most proud of creating something in my house on my laptop that so many people can enjoy. It can be a new logo or a new video I scripted, shot, edited, and shared. The feeling of sharing something you created is very satisfying. You can purchase my work almost anywhere in the world, that blows me away. The first time I got my work on a t-shirt was so cool, I had to get more. It never hurts to drop a like on someone’s post or video.

Are there any books, apps, podcasts, or blogs that help you do your best?
The app I think I like best Twitter; I love how easy it is to connect with people. You can tweet something, and it can take on a life of its own. It can be liked, re-tweeted, re-tweeted with someone’s own tweet. It’s a very powerful and effective way to get your message out. As far as growth goes Instagram has blown all other forms of social media away for me. I have over 2600 followers on Instagram alone. That may not be many for some people, but I am very happy with what I have accomplished so far.

As far as other apps Whatnot has become a really big player these days. I have an account, but I just play around on there and watch other people spend money. I am not a podcast guy really, I have been on a few, but it really isn’t my thing. Blogs are great, I follow so many people, and it is fun to watch their process.

I tend to watch eBay quite a bit. I find that they set the market on most occasions for things in the open market. I think most comic book and toy stores use eBay to adjust their prices. 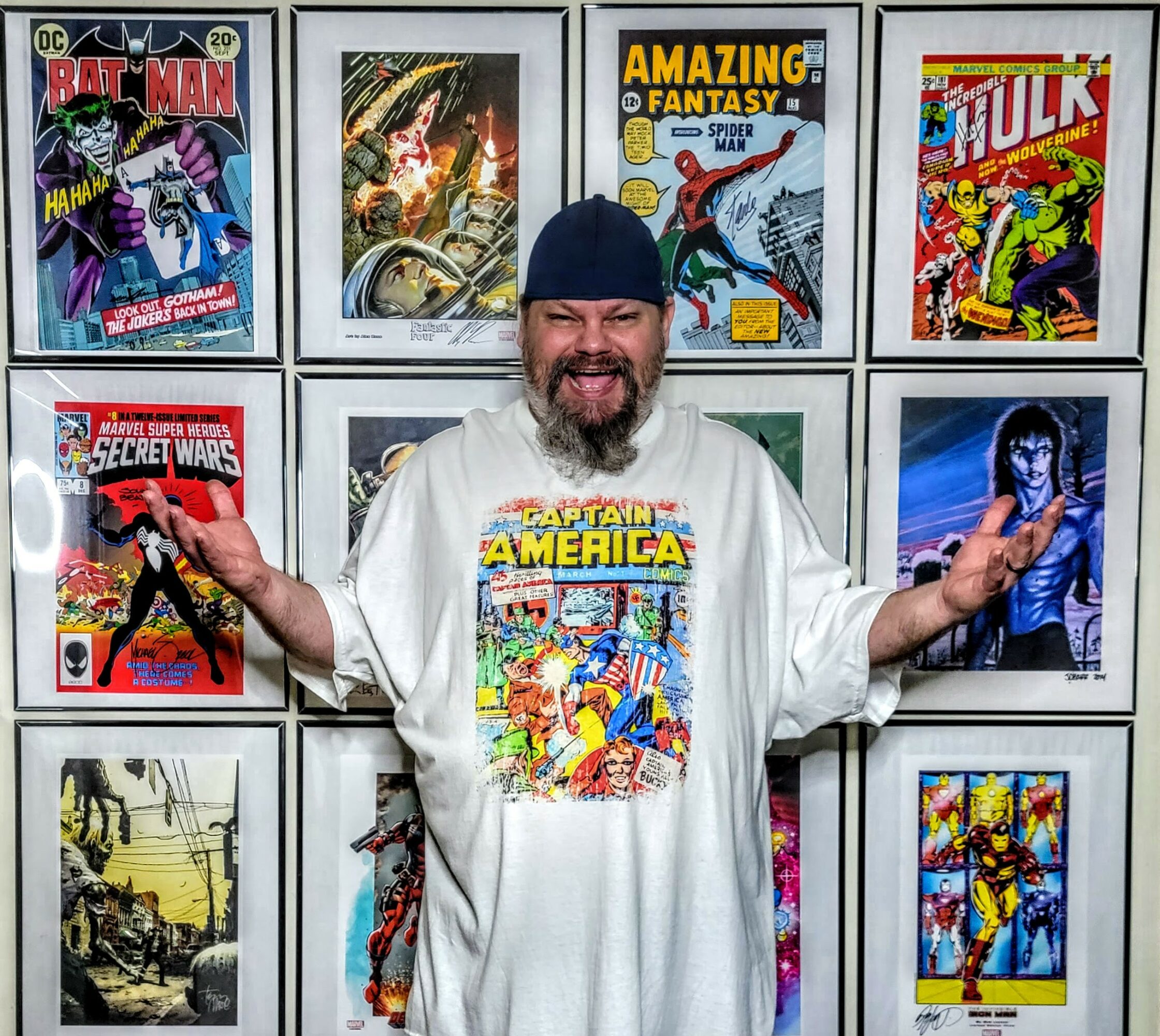 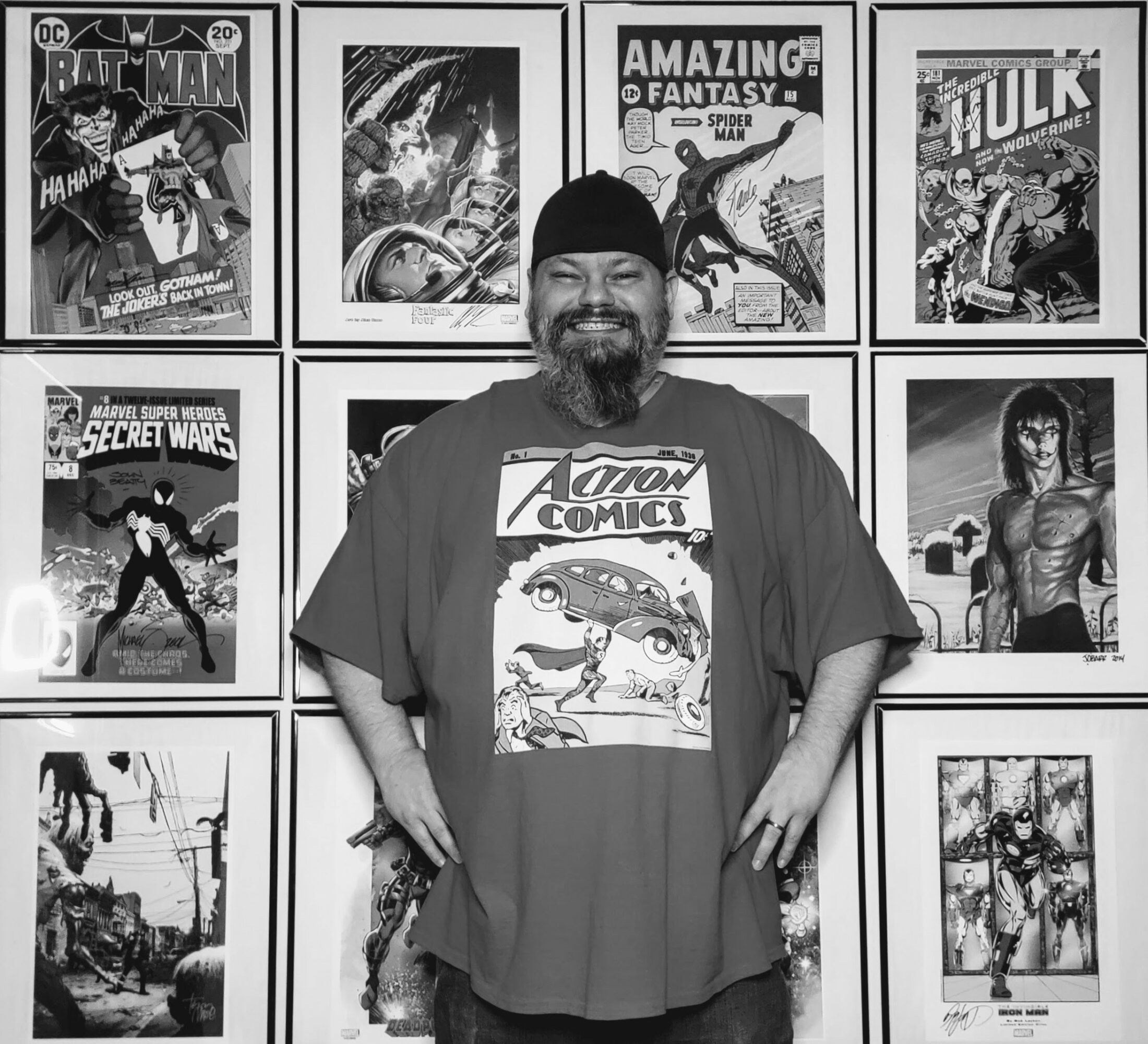 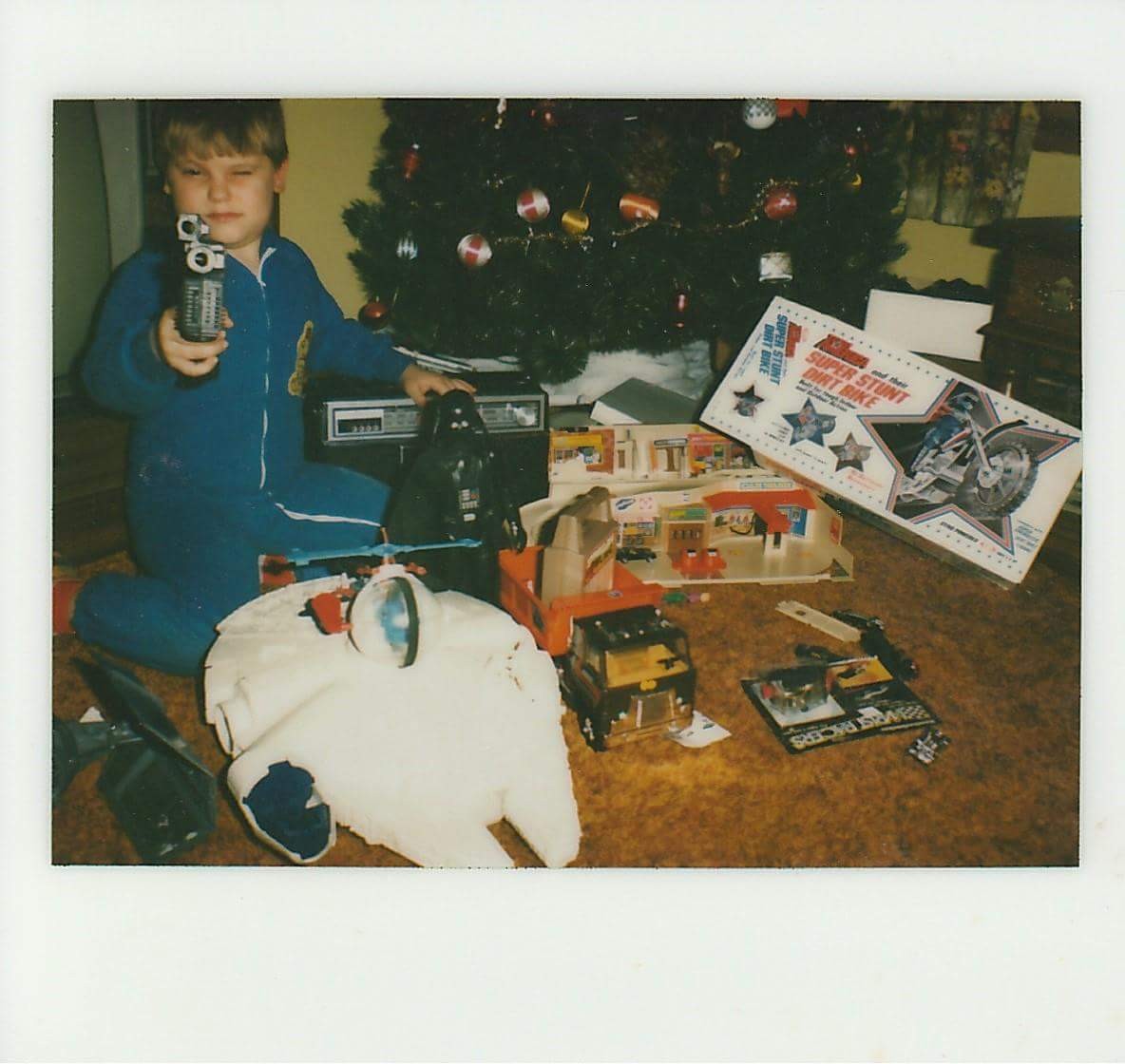 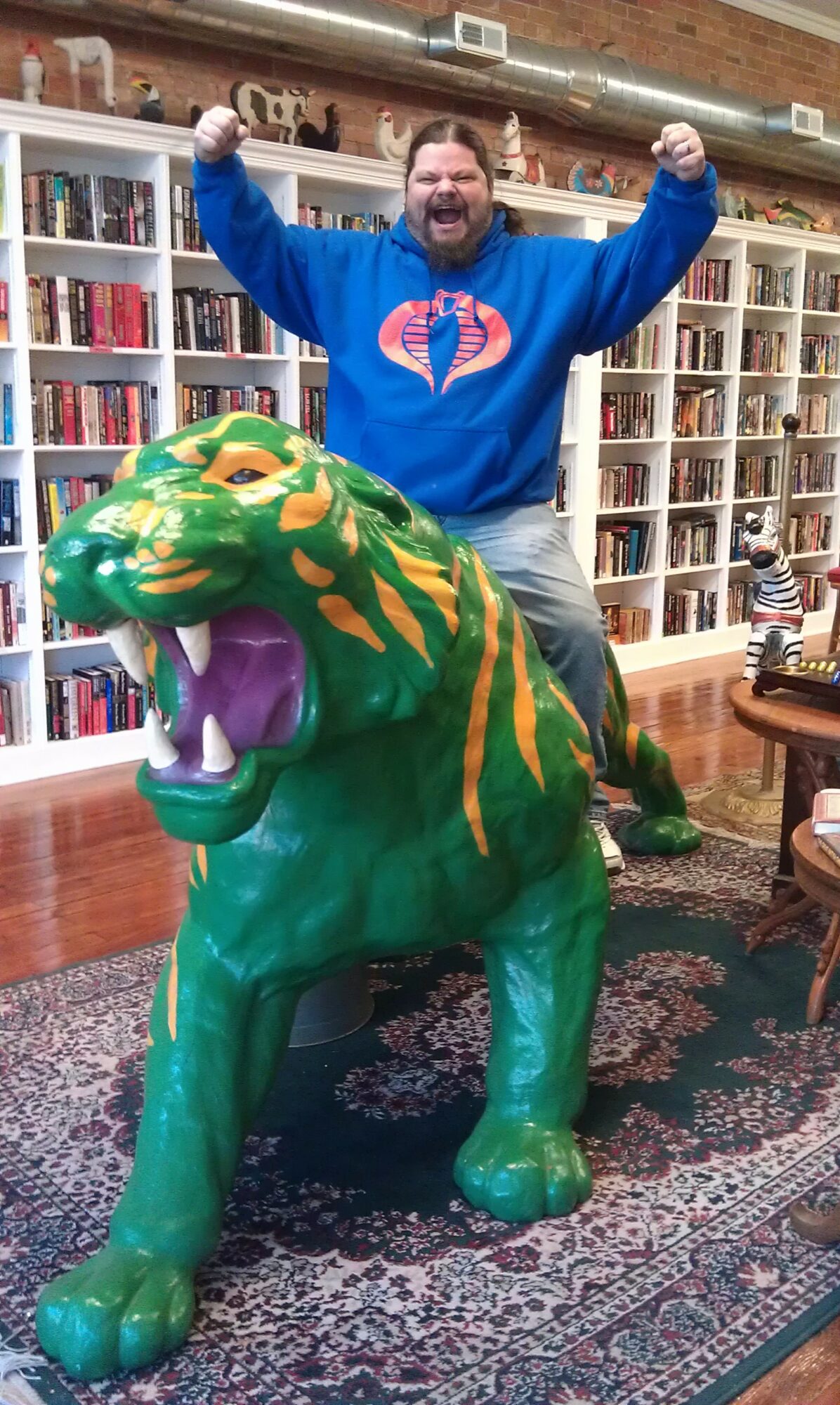 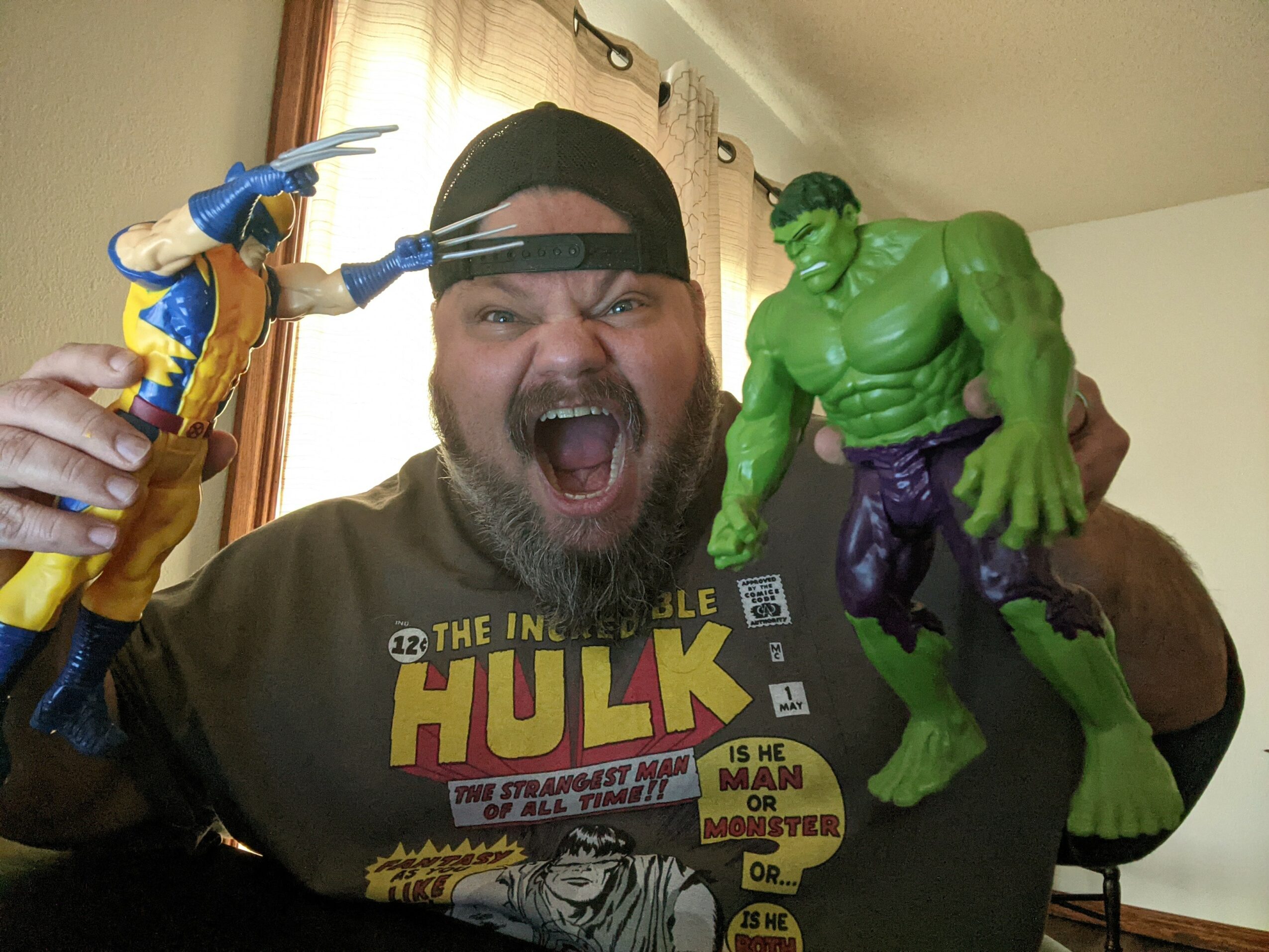 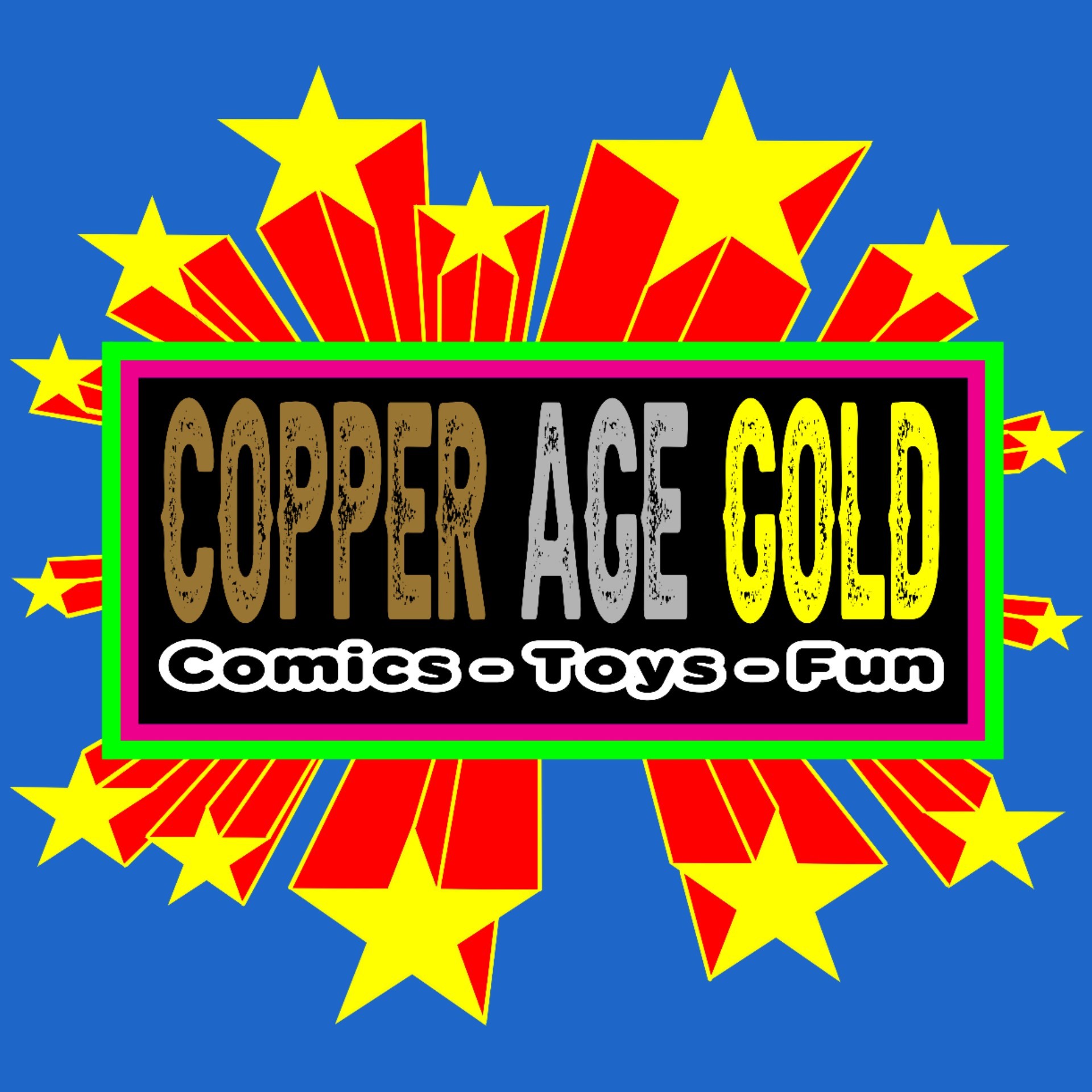