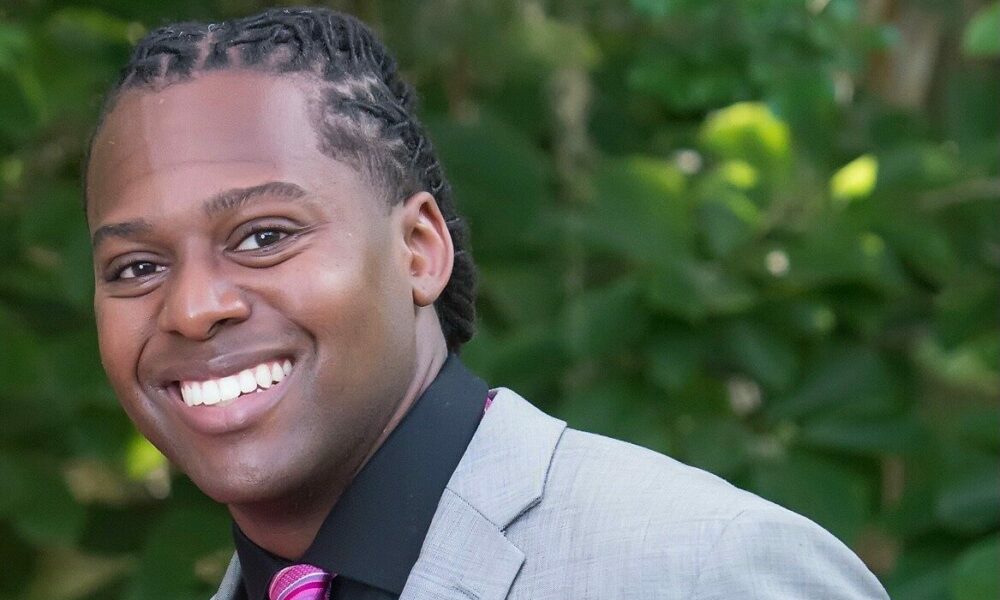 Today we’d like to introduce you to Jajuan Harley.

Alright, so thank you so much for sharing your story and insight with our readers. To kick things off, can you tell us a bit about how you got started?
My journey started in my hometown of Tallahassee, Florida. I grew up in a loving two-parent home with my brother and I. Both of our parents were outstanding student-athletes in high school. At the age of 18 months, my Father and I were throwing a Florida State University football every night before I had to go to bed. I was a student athletic by the time I was five years old and was highly recruited out of high school to play football. I had my hands in various sports but football was the ticket for me to earn a full scholarship at any school I wanted to attend. If it wasn’t for my father forcing me to go to a Florida State University Football camp, I would not have received the attention I earned throughout high school. Leading up to my senior of high school, I committed to Florida State University on a full athletic scholarship.

My time at Florida State was did not go how I expected. We had coaching changes and I knew I was on the clock before my eligibility was up so I made the decision to transfer to Middle Tennessee State University. Even though I had to sit a year because of the NCAA rule regarding to transferring from a division one school to another. I took advantage of the situation academically and athletically. I boosted my Grade Point Average, took my skills and confidence to newer heights. As the Spring rolled around, I just knew this will be my moment to own but unfortunately the coaches wanting to play certain players. I only started 8 out of 12 games but was finished top three on the team in interceptions, tackles and turnovers.

I forfeited my last year of eligibility because with the stats I produced, I truly believed that there was a great chance to get drafted by an NFL team and help my family out. The reason I wanted to help out back home is because my Father was a Heat Ventilation Air Conditioning Mechanic (HVAC) and he got hurt on the job by inhaling asbestos during an explosion. It deteriorated his lungs over 17 years and had to use an oxygen tank for twenty – four hours. I wanted to use my abilities to take a burden off of my parents.

As the draft came around, I went back to Florida State to perform my Pro-Day; this is an opportunity for those who did not get invited to the NFL Combine to showcase their skills in front of teams. I was fortunate to have the performance of a lifetime, that had NFL teams pulling me aside for more Information on me and I was able to gain attention from NFL Network’s broadcasters.

My family and I knew I was going to get draft into the NFL. I went from being an unknown to a known player in the draft. Slowly but surely I began to get word that my name is sliding up in the draft, I could get selected. Unfortunately, the call never came but I did get invited to the Seattle Seahawks’ Rookie Mini Camp.

After the mini camp, I did not know what to do. I practically moped in my room for nearly a week before my Father burst into my room and said, “Get your butt up, we’re going to the track.” He took me to the track where my parents took me as a kid to run until I was ready to go home. My father brought the fight back out of me because out of the blue is when the San Francisco 49ers called me and told me that I was placed on their shortlist to come in for them.

Around this time, I had no money, no agent but I had a dream with a great support team. I went and got a job in the Toy Department of Walmart. While I was working at Walmart, I kept my eyes on my dreams. I would go to the Fitness area and lift the weights while on the clock, go to the back of store and pick up the heavy boxes so I could do my squats. During my lunch breaks, I would go to this hill we had by the store, run my sprints; then freshen up to complete my shift. During the times I would pull double shifts, I would sleep in my car with my handmade sandwiches and go to the track late at night to run. Every night before bed I would look for NFL teams’ addresses so I could send my scouting report. The Denver Broncos brought me in but did not sign me.

I eventually walked away from Walmart to focus full time on my pursuit to play in the NFL. That is when the Buffalo Bills brought me in for a workout and I signed my first NFL contract, I was elated. The scouts that were present at the workout told me that they thought I was going to get drafted. As the conversation continued, they revealed I was thrown under the bus by a coach.

Once Training came around, I was seventh safety on the depth chart. I was so determined to prove myself that I went from the last safety, to second team safety fighting for the starting position. I began to teach the playbook to those who were making millions, while I was making the least in the entire secondary room. By the time camp was over, I was cut from the team. It was a shocker to teammates, coaches and myself.

I had to go back to the drawing board. I could either make this situation a pity party or a stepping stone.

As my journey continues, I really used it as a stepping stone. I started my own health-wellness-fitness-athletics business named Make Adjustments Delete Excuses Incorporated (M.A.D.E.). I went back to school to complete my undergraduate degree and completed a few Graduate courses along the way. I have become the only professional football player to self negotiate and sign 12 professional contracts: National Football League, Canadian Football League, Indoor Football League, National Arena League and Arena Football League. I also was able to get myself in 2020 Xtreme Football League Supplemental Draft.

I still remain marketing myself to NFL teams; which lead me to a 2021 Washington Football Team Workout, right before my Indoor Football Season. As of now, I am in contact with multiple NFL teams and just waiting for one to bring me in for signing.

This journey have blessed my to speak at multiple events regarding mental health, mindset and having grit throughout life. Most importantly, I married my beautiful queen Brigét Harley. She is working on her doctorate in English at the University of South Florida, along with being the Vice President and Head of The Board for M.A.D.E.

We all face challenges, but looking back would you describe it as a relatively smooth road?
This road has been everything but smooth; however, I am enjoying every step of the way. I have lost my Father to lung disease from inhaling asbestos, which he battled for 17 years. Eight months later, my mother was diagnosed with breast cancer. I am forever grateful that she was able to beat cancer and remain in remission. She showed me how to keep fighting, when the odds are against you, to not complain and ask, “why me.” My parents showed me what faith is truly is.

Living in the age of Covid, I had over 20 family and friends to have suffered from it, I lost my grandmother due to covid as well. As for my dreams, it put a hold on the 2020 Indoor Football League’s season; therefore I could not get the film to market. Covid put a damper financially on my company and it was a challenge to keep believing a breakthrough can emerge from this mess. But I just knew if I could keep moving forward, keep speaking positive affirmations into the Universe, that great things will happen for me.

Alright, so let’s switch gears a bit and talk business. What should we know about your work?
I am NFL Free Agent that has created a path many are unlikely to take when their backs are against the wall. Because of my grit, I became my own agent because I refused to give up on myself. I am the only player to self negotiated and sign 12 professional football contracts in multiple leagues and have my own health-wellness-fitness-athletics company. I have realized that the purpose of my journey is far greater than me. I am using my story to encourage and uplift others to not give up on themselves.

What makes you happy?
Honoring my Mother and Father makes me happy because, without my parents, there is no me. They have groomed me into the man I am today. I love my parents more than words can explain so I make sure I live out my life honoring them each and everyday. My wife Brigét is so supportive and to see her happy, makes me happy as well. 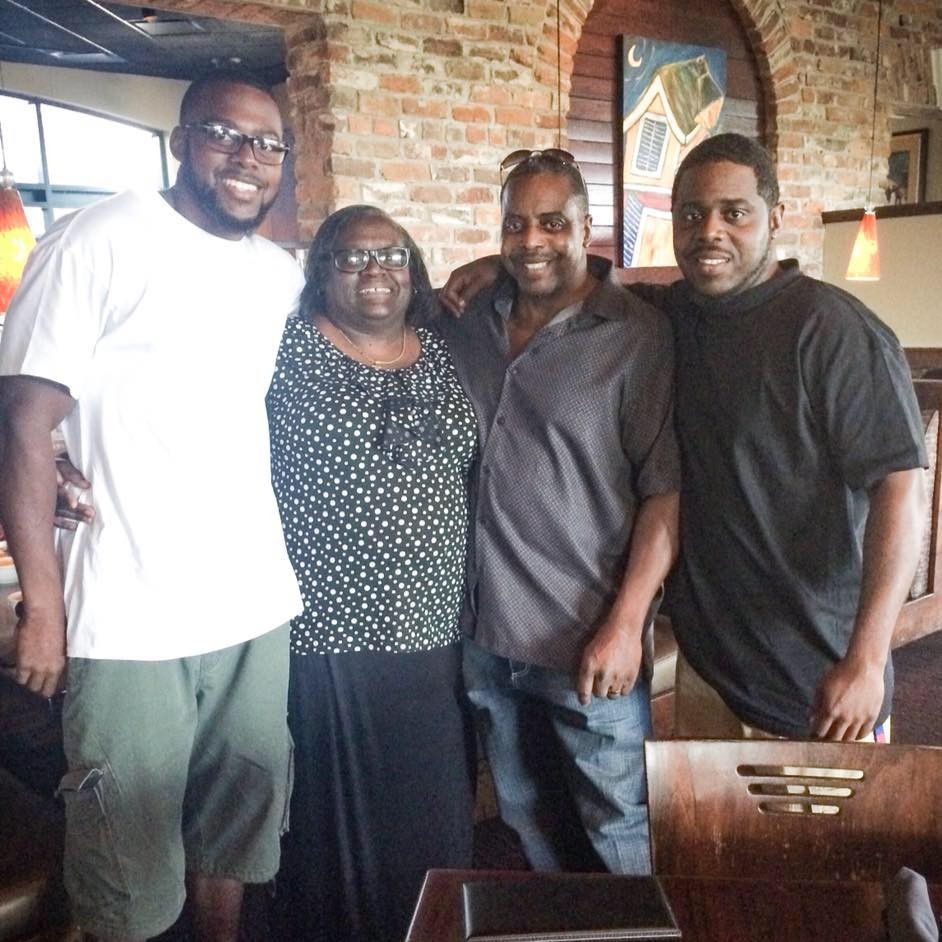 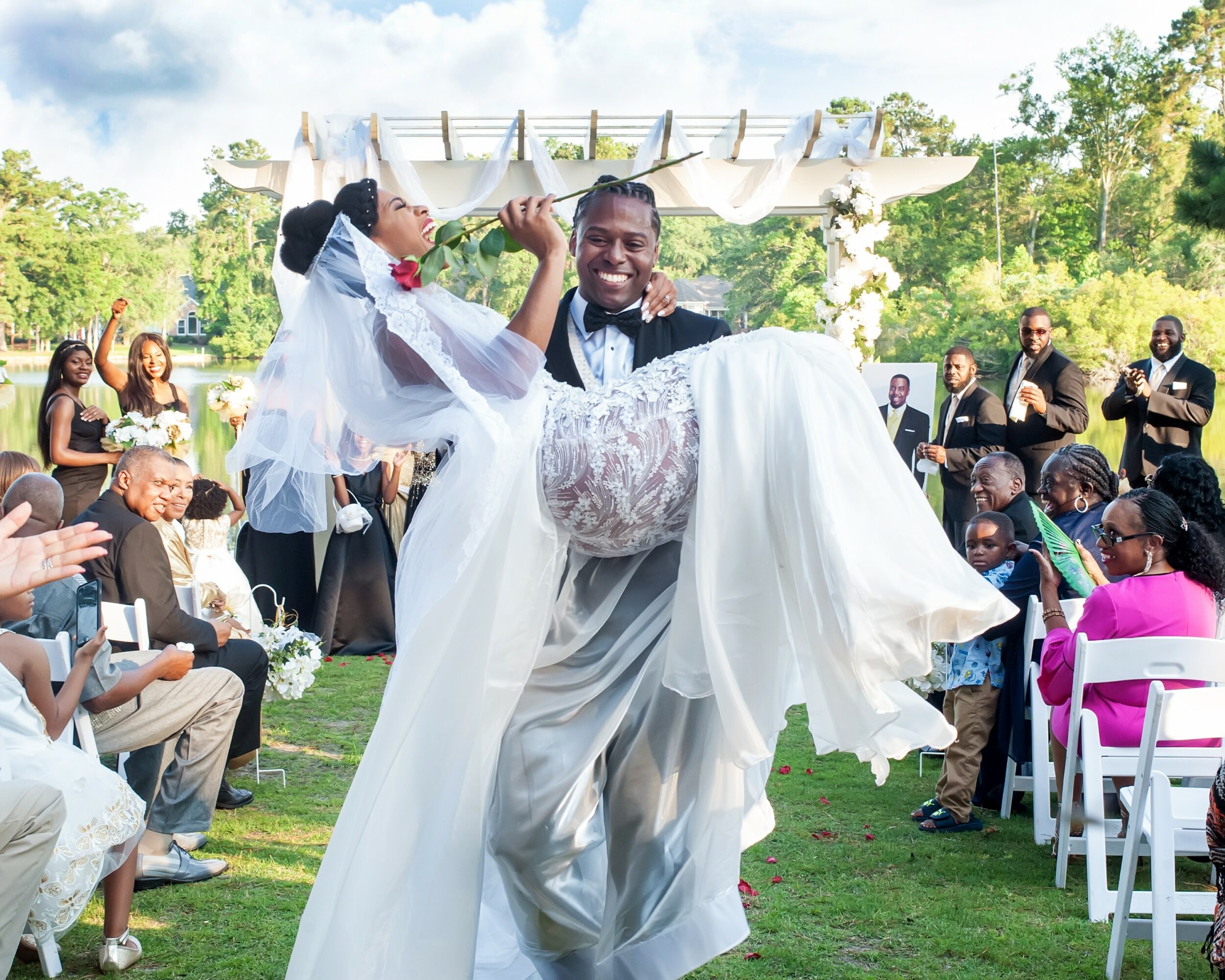 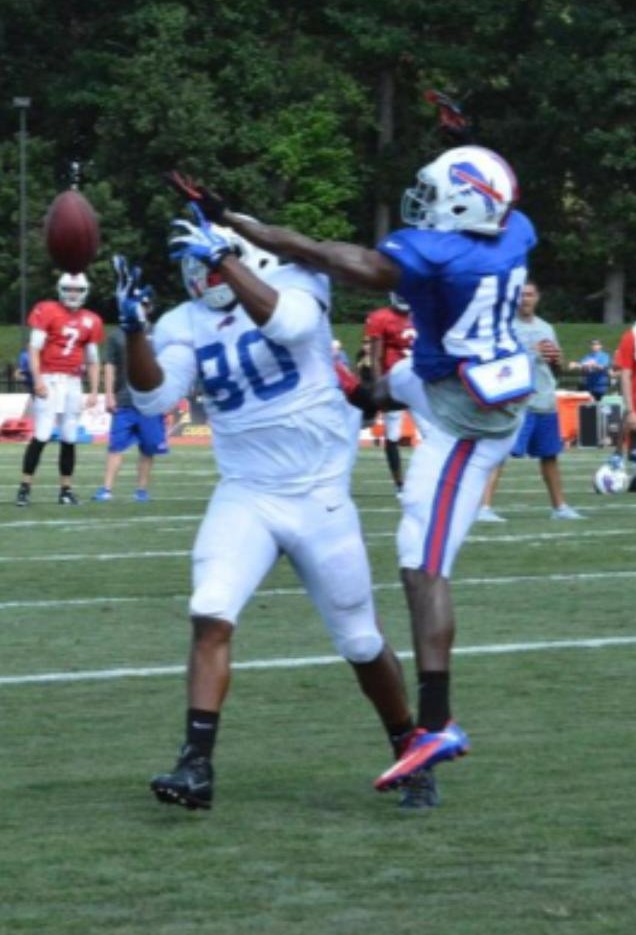 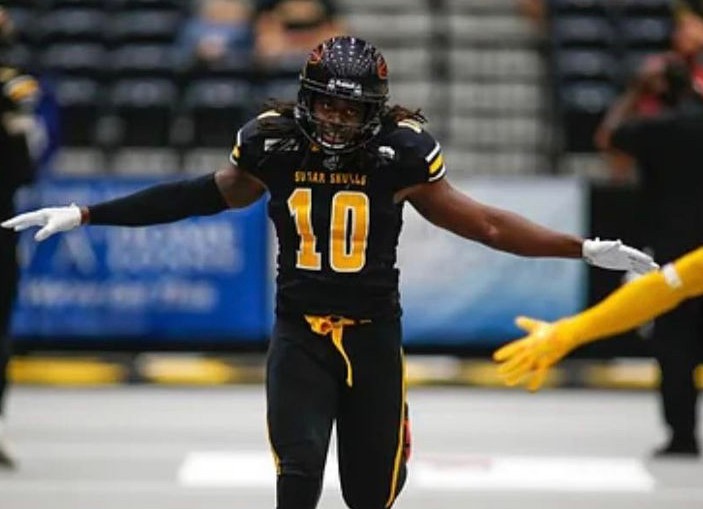 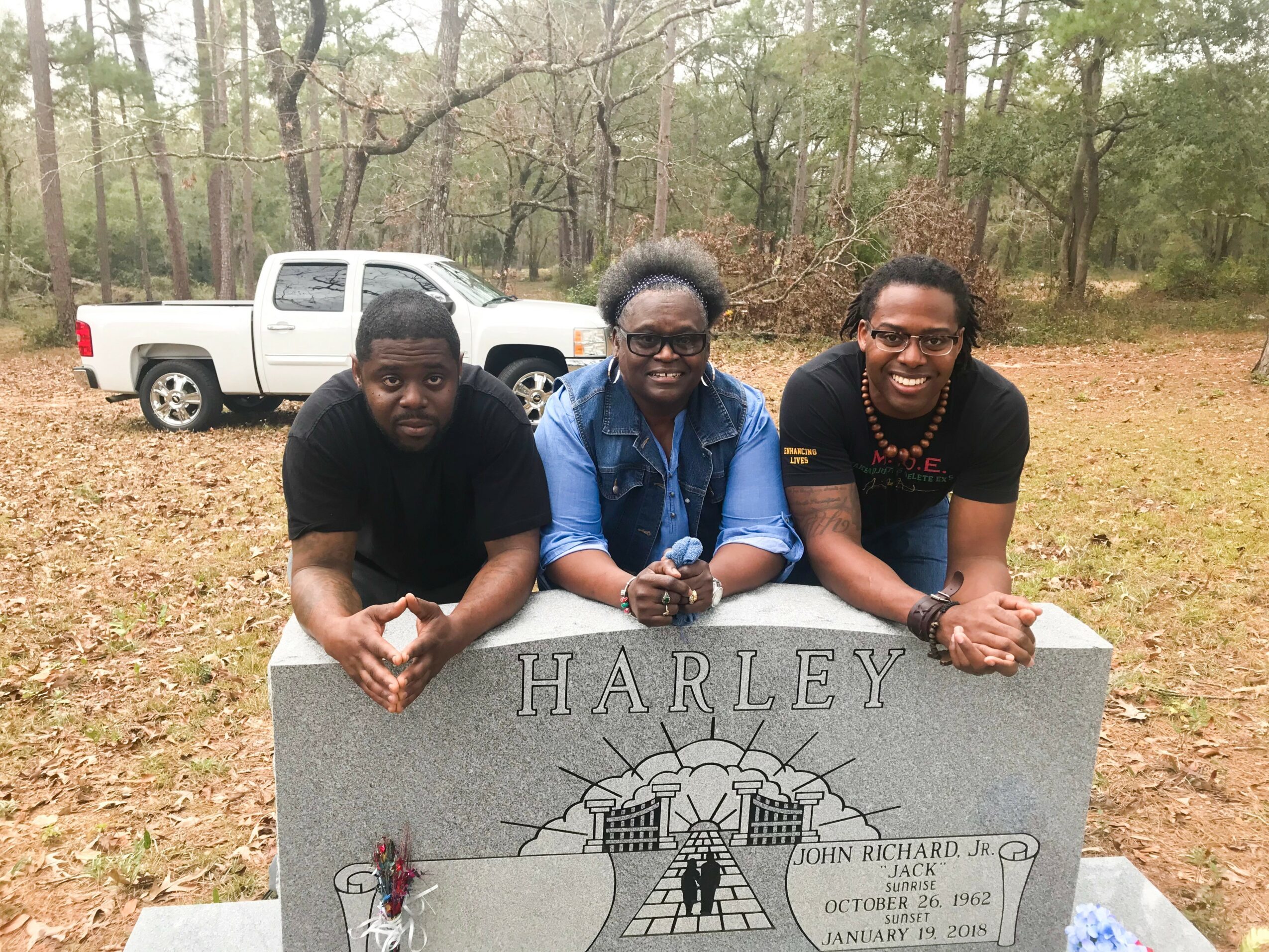 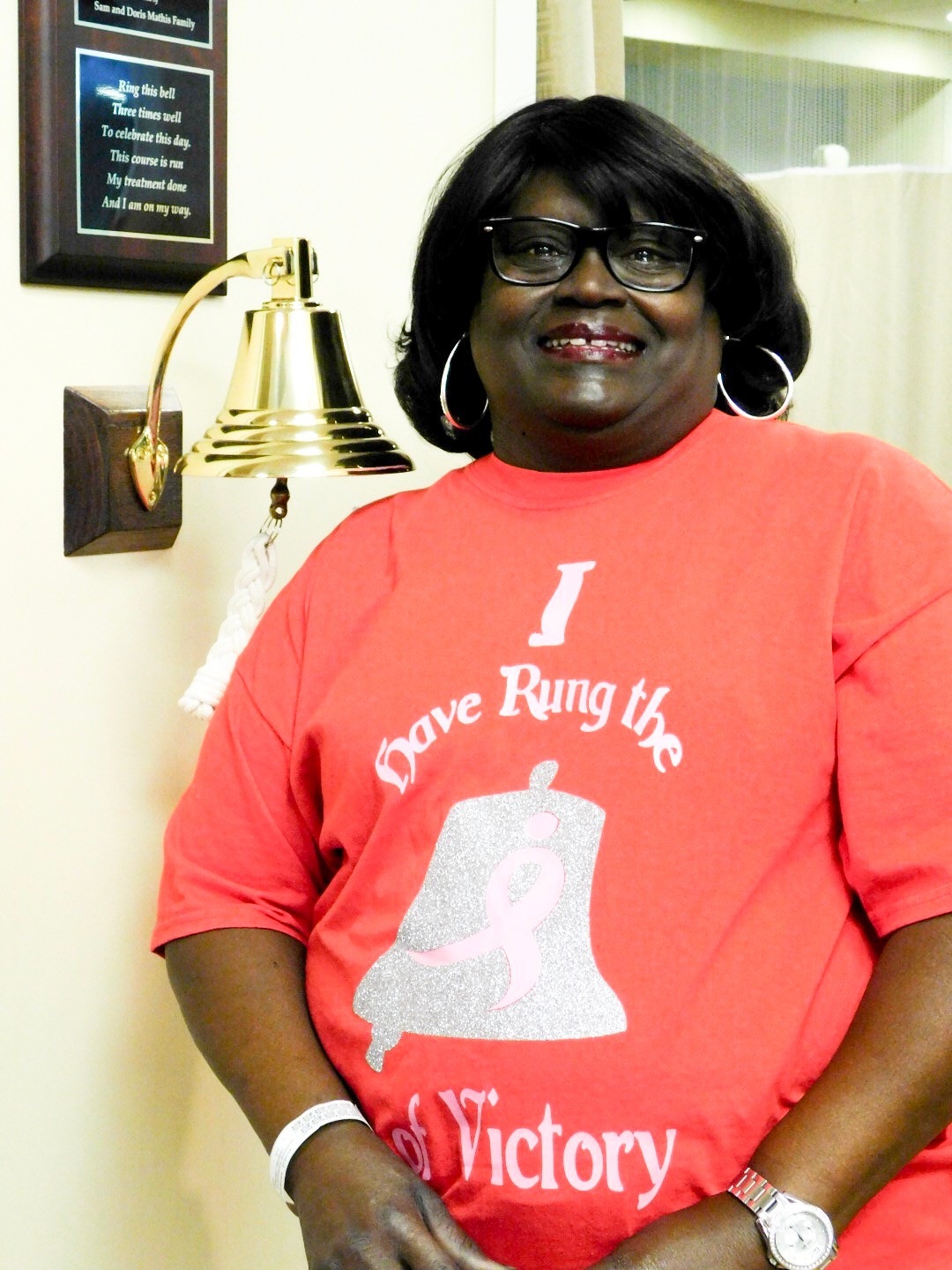 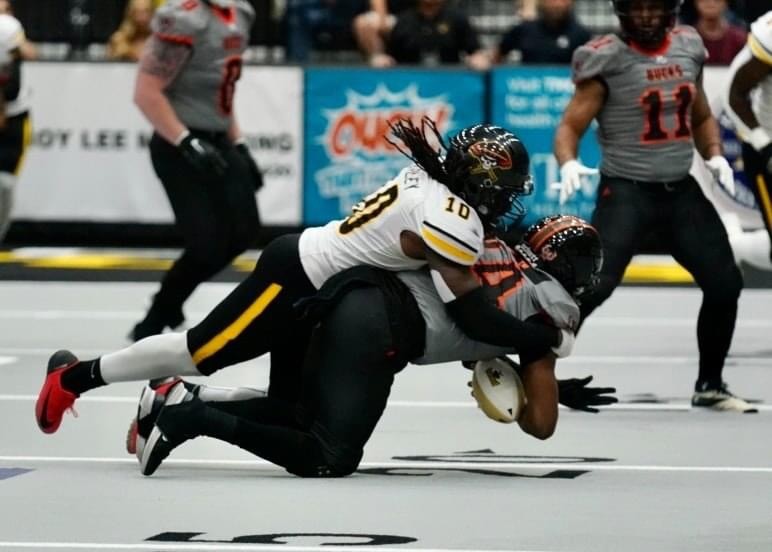 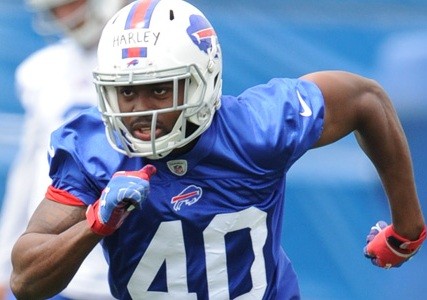