Life & Work with Chris Till 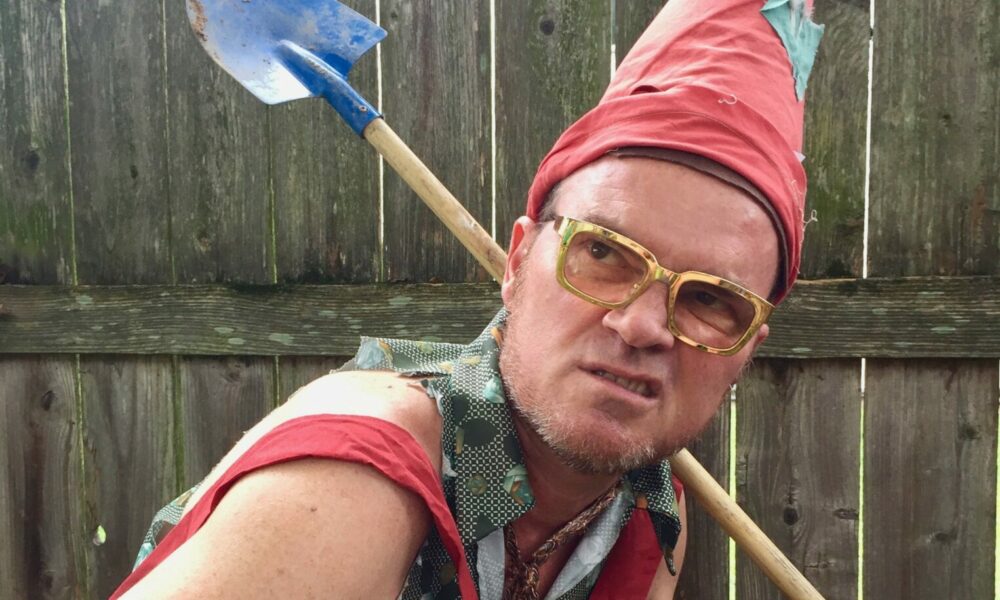 Today we’d like to introduce you to Chris Till.

Hi Chris, please kick things off for us with an introduction to yourself and your story.
I’m the artistic director of Toadstool Shadow, an elfcore music & arts collective based in Chillicothe, Ohio. We’re creating a three-part fairy tale opera about a visionary rabbit. I write the songs and the story, direct the videos, and make most of the costumes.

How did I start playing music and making art? I believe that I was given the Toadstool Shadow “mission” as a kid. See, a semi-weird thing used to happen to me that really plays into Toadstool Shadow and kind of predicted it. My childhood bedroom was a long narrow closet with a window high up by the ceiling. I used to lie in bed at night watching the shadows move on the bedroom ceiling from cars passing in the street in front of our house. Some nights, an old leprechaun would appear, sitting on my dresser next to the head of my bed. I didn’t know who or what he exactly he was. Still don’t! He dressed raggedy and hid in the shadows. He kept one leg crossed over the other and would rock his free leg. I’d watch him. He’d watch me. It was spooky. I believe he was my guardian angel and is the inspiration that caused me to start Toadstool Shadow.

I started Toadstool Shadow in 2019. It was a stroke of good luck that started it all. I was walking down the street, feeling gloomy because winter was about to start. It had just rained. Everything looked grey and overcast. I got to a corner and randomly looked down in the gutter. Stuck to the top of the storm sewer grate, looking like they had washed along the street in the storm water, were some wet greenback dollar bills. Money. I bent down, picked them up. It was three American one-hundred dollar bills. The weird thing is that they were all from 1973 with consecutive serial numbers. Right? Figure that one out! I don’t know. With those three lucky hundred dollar bills, I totally spoiled myself with a pair of Mark Mothersbaugh designer gold-framed eyeglasses. Mothersbaugh’s a musician turned eyeglass designer. He was in the ’80s new wave band Devo, then became a Hollywood film composer. But I swear, once I got those glasses, it was like seeing the world anew. They’re like magic golden glasses. The Toadstool Shadow songs just came pouring out of me like water out of a faucet. I’ve been on a creative high ever since.

Alright, so let’s dig a little deeper into the story – has it been an easy path overall, and if not, what were the challenges you’ve had to overcome?
Does almost getting arrested while filming a music video count? We filmed our “Telepathic Corridors” video in the overgrown vast backyard of an abandoned mansion. We set up a giant red-and-white capped toadstool built out of a tall patio umbrella in the middle of the yard and had an actor dressed as a white rabbit chasing a faerie girl around the yard. Apparently, a frightened neighbor lady called the police, complaining about white rabbits, faeries, and assorted incipient mayhem. The police showed up, driving right into the yard. The main cop said, quote, “This looks like something out of a bad trip. What’s the hell’s going on here?” Luckily, we eventually managed to talk our way out of it without getting arrested or ticketed.

Look, Toadstool Shadow is avant-garde. We are before our time. We are pioneers of a new artistic genre known as “elfcore” and reviving the near-extinct art form of the fairy tale opera. It’s never easy doing something weird that people don’t understand, you know?

Though Toadstool Shadow is not popular now, I’m certain that it will be in 50 years.

As you know, we’re big fans of you and your work. For our readers who might not be as familiar, what can you tell them about what you do?
Toadstool Shadow is like if the Brothers Grimm time travelled to Haight-Ashbury in 1967 and started a trippy multi-media band. We do music, videos, film, fashion, and festivals. Our music is all original and mostly psych-pop with a 1960s and 1970s flavor.

In part one, “Rainbow Nights,” Bunny is seven. During a rainstorm, Bunny gets separated from his family but finds shelter under a giant toadstool. When the rain stops, night falls, and Bunny hops home through the rainbow night, encountering a menagerie of faeries, elves, and mermaids. Bunny is amazed by it all but a bit frightened too. When rainbow day dawns, Bunny finally arrives back home to his loving family, knowing that there’s no place like home. We performed “Rainbow Nights” live twice in Yellow Springs, Ohio (yes, that Yellow Springs, home of America’s greatest comedian, the GOAT Dave Chappelle) and released one music video. To celebrate the release of the “Rainbow Nights” album in 2020, we buried a treasure chest in the wilderness. Each copy of the CD had the first clue to the buried treasure, which was finally dug up by semi-professional treasure hunters months later.

In part two, “Folk Songs of the American Wood Elf,” Bunny is 19. Having never forgotten the strange things he saw as a child, Bunny deliberately revisits the visionary landscape of his youth. This time, he brings a video camera to document everything he sees and hears. Everywhere he hops, he again finds bands of elves and faeries, hiding, playing music. He takes all his videos to a psychiatrist to figure out if he’s crazy. The psychiatrist is very kind but totally incompetent and tells Bunny he’s a schizophrenic rabbit. Released in 2021, “Folk Songs of the American Wood Elf” was a 40-minute film that played in five Ohio cities (Columbus, Akron, Yellow Springs, Dayton, and Chillicothe), plus 12 music videos and the soundtrack album.

Part three, “Journey to Glass Mountain,” is currently in development. Bunny is 27. He meets three very different women (a fortune teller, a model, and a flower store girl), who each give him clues about the mirror at the end of his road. It will be an album and likely a short story or zine, plus a bunch of music videos. We hope to finish it in 2023.

We also just started a new series of videos called “Lost Ohio.” Each begins with a short micro-documentary on some lost Ohio history, then goes into a typical faerie-and-elf-driven Toadstool Shadow music video. The first one was “Lost Movie Palaces of Southern Ohio.” The one we’re working on now is “Lost Highways of Southern Ohio.” The “Lost Ohio” videos allow me to express both sides of my brain in a creative work: the factual historical side and the artistic creative side.

I’m most proud of Toadstool Shadow organizing the New Elf City festival (www.newelfcity.com). On the full moon of October 1, 2020, New Elf City was an imaginary free festival on the moon. 10 bands from all over the country, including the great psychedelic songwriter M. Ross Perkins, imagined playing on the Sea of Tranquility that night. We even had a bunch of imaginary vendors. It was a high time. Afterwards, an attendee in California wrote to us about a long involved dream he had that night about finding a harmonica inside a lunar cave and jamming with one of the bands onstage. It was so cool to get inside peoples’ dreams like that! We hope to put on New Elf City 2 someday, maybe in the middle of the Bermuda Triangle or at Loch Ness or someplace like that.

How do you define success?
Success is accomplishing any goal, large or small. By far, my greatest successes are all family-oriented, related to getting married and having children. Spoiler alert: Toadstool Shadow’s hero Bunny learns a similar lesson about life’s greatest successes in part three of our fairy tale opera, “Journey to Glass Mountain.” 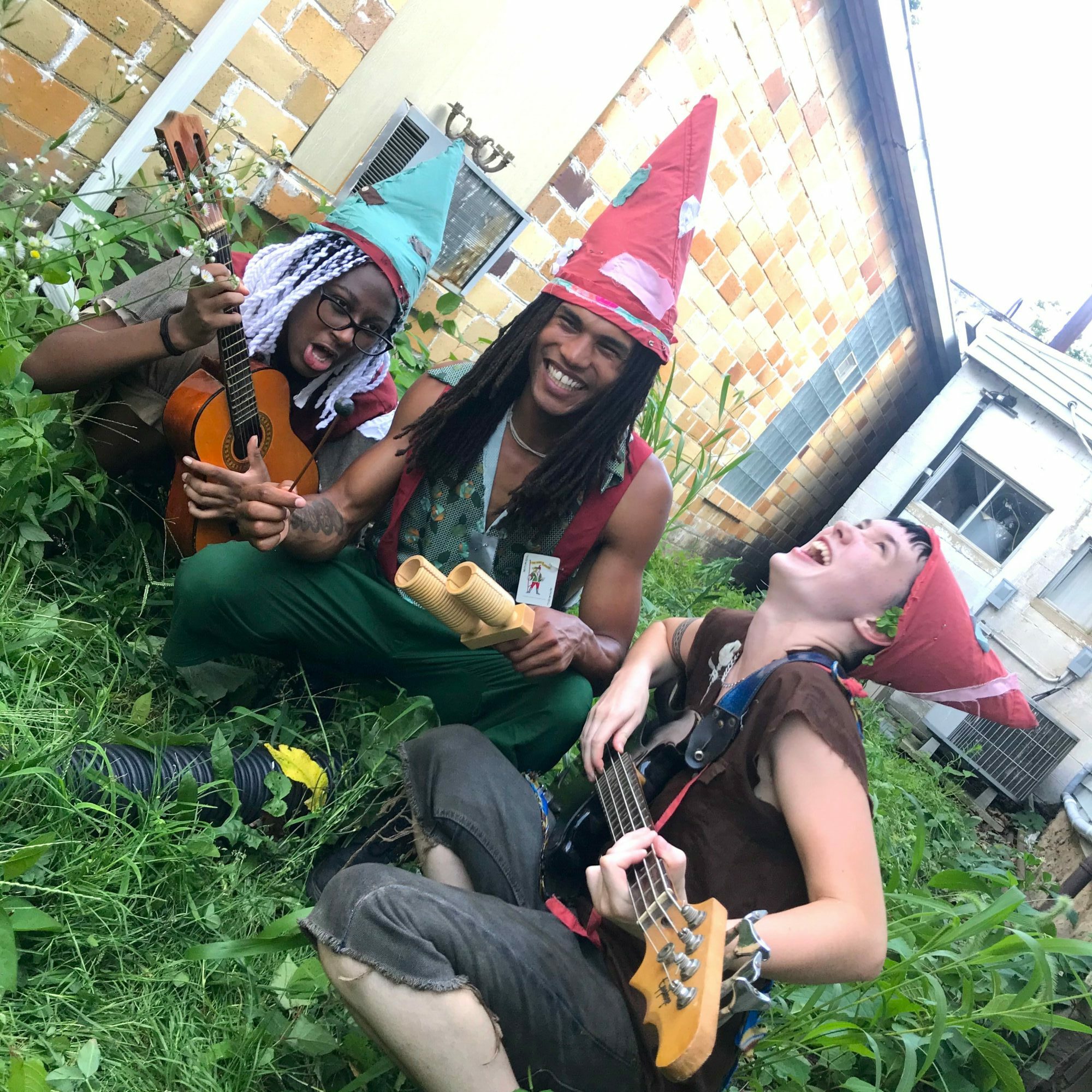 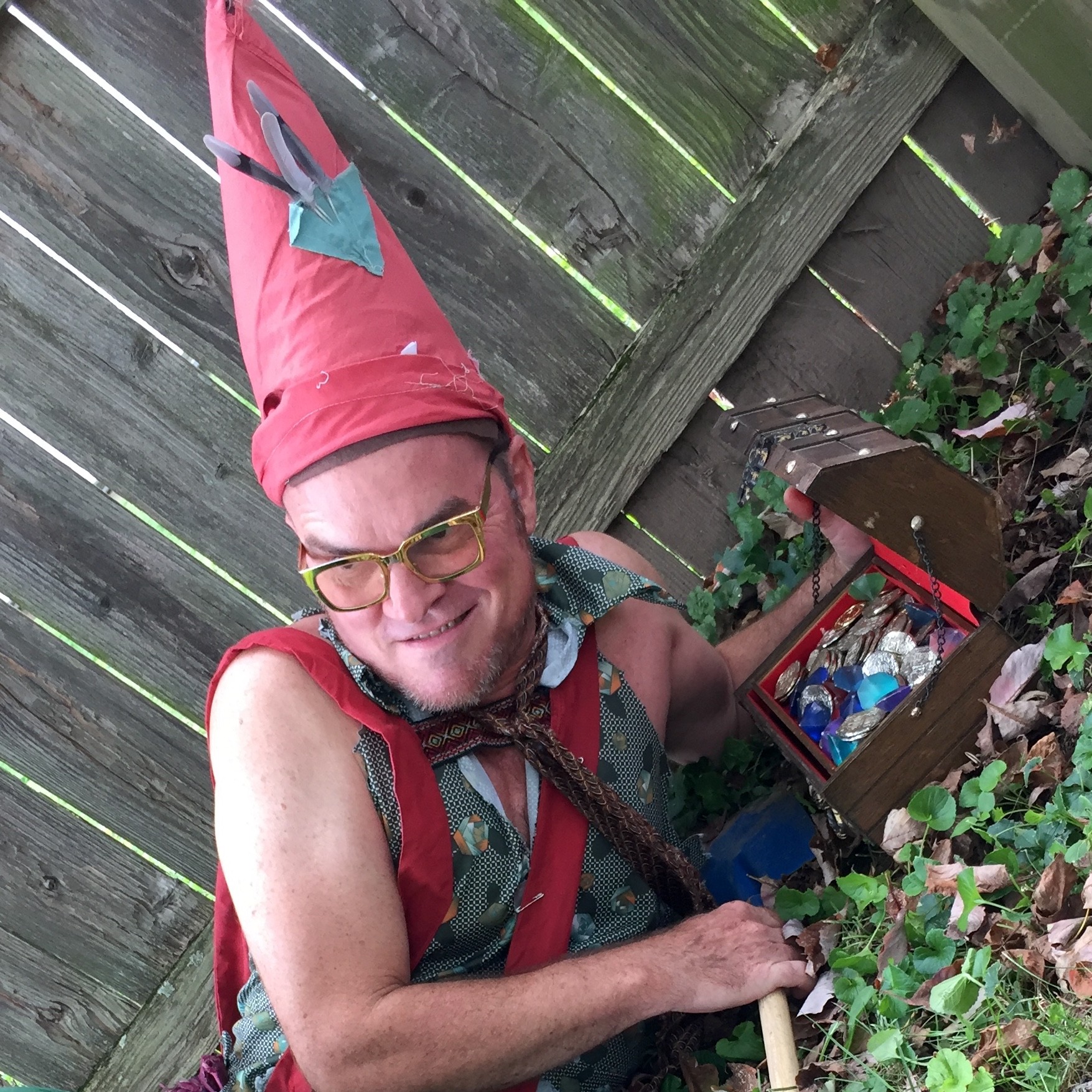 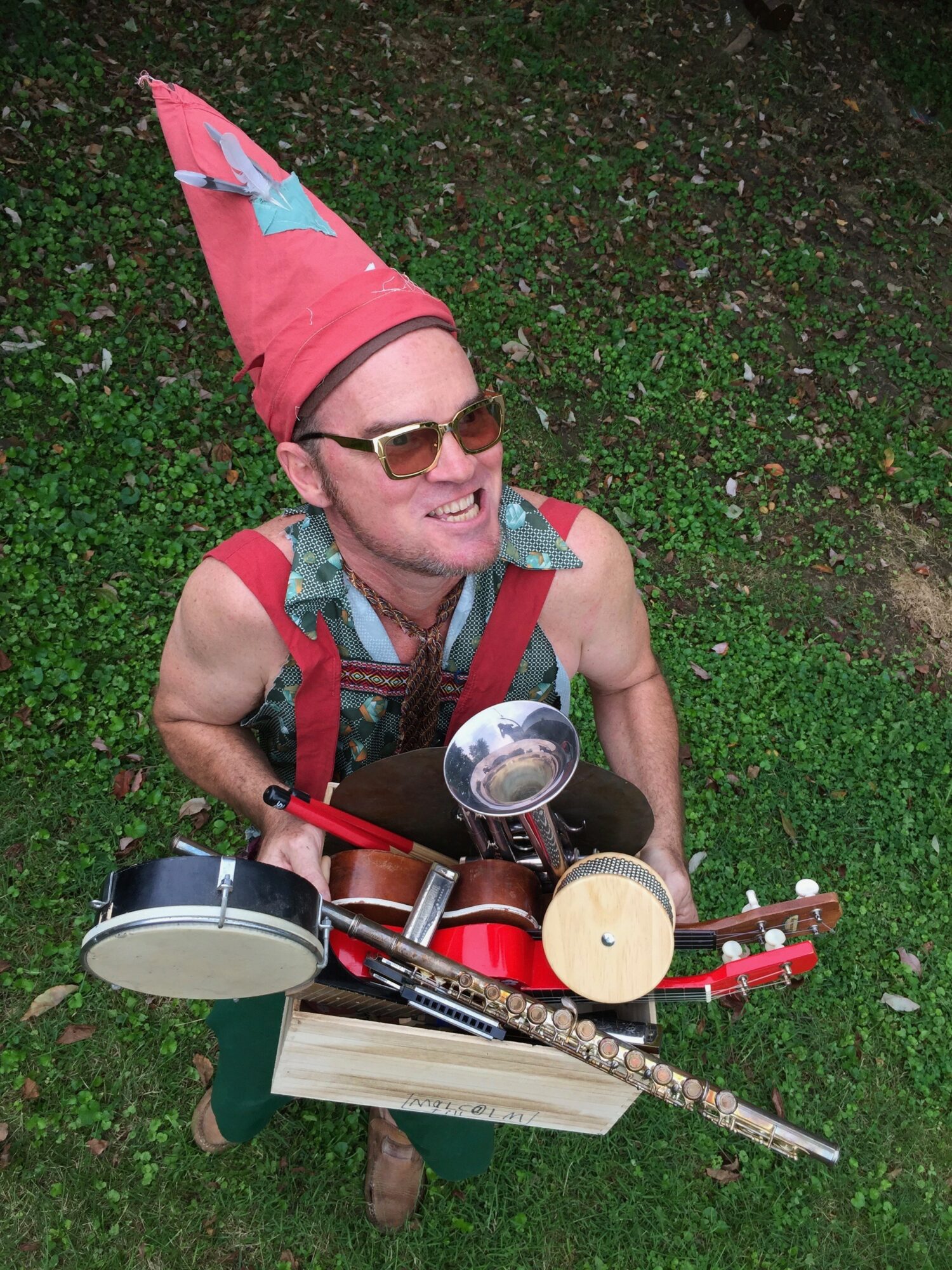 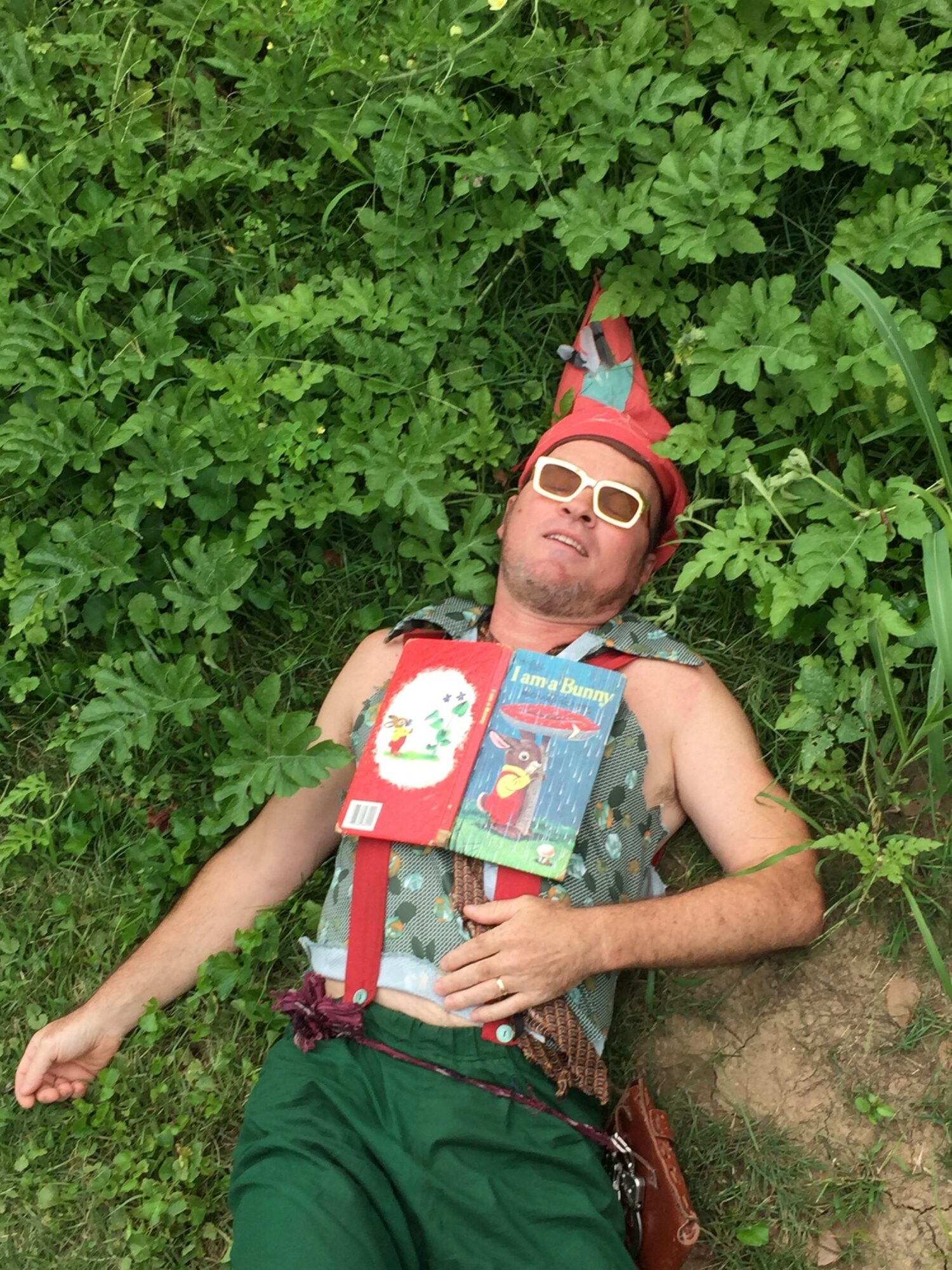 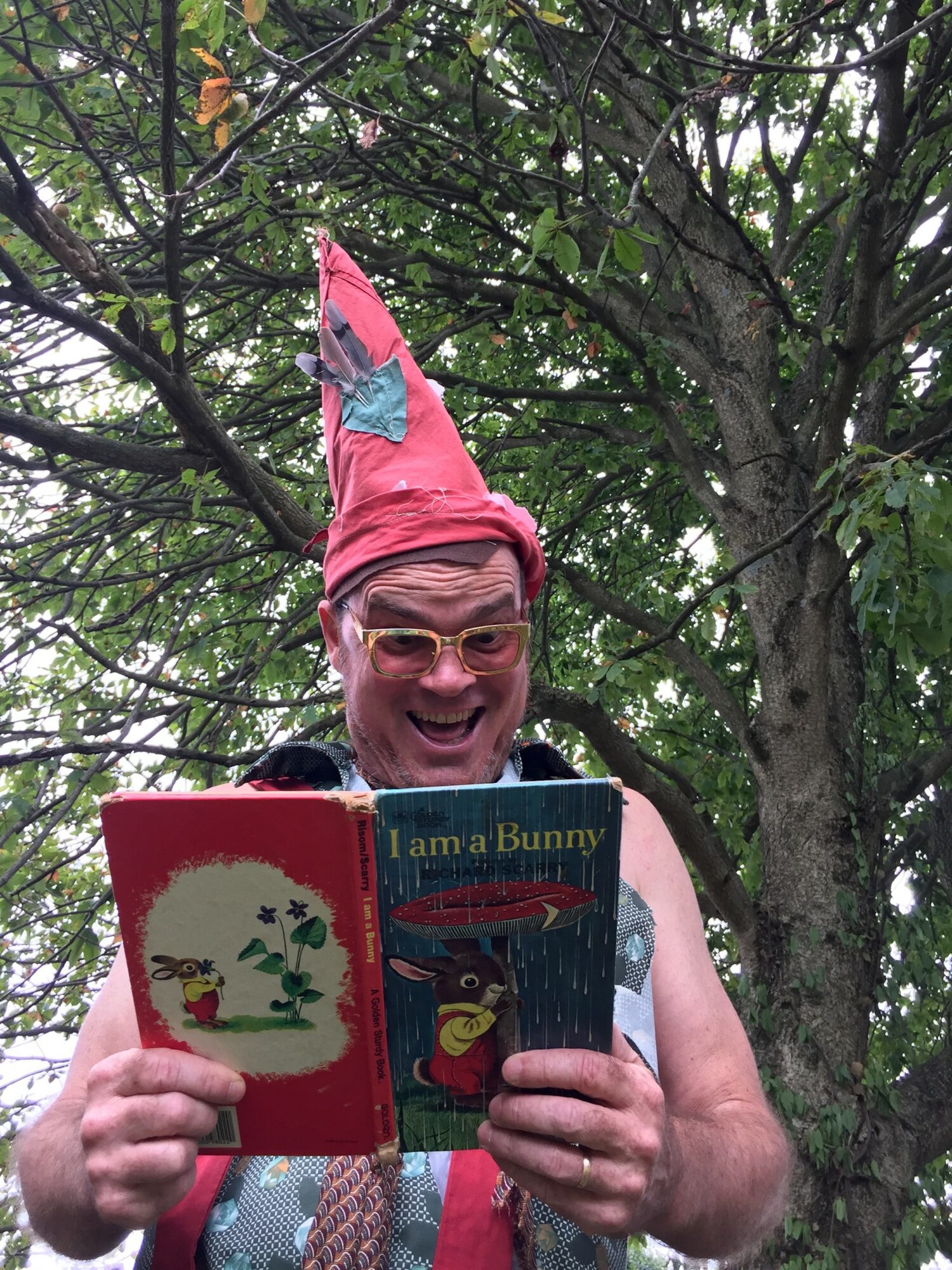 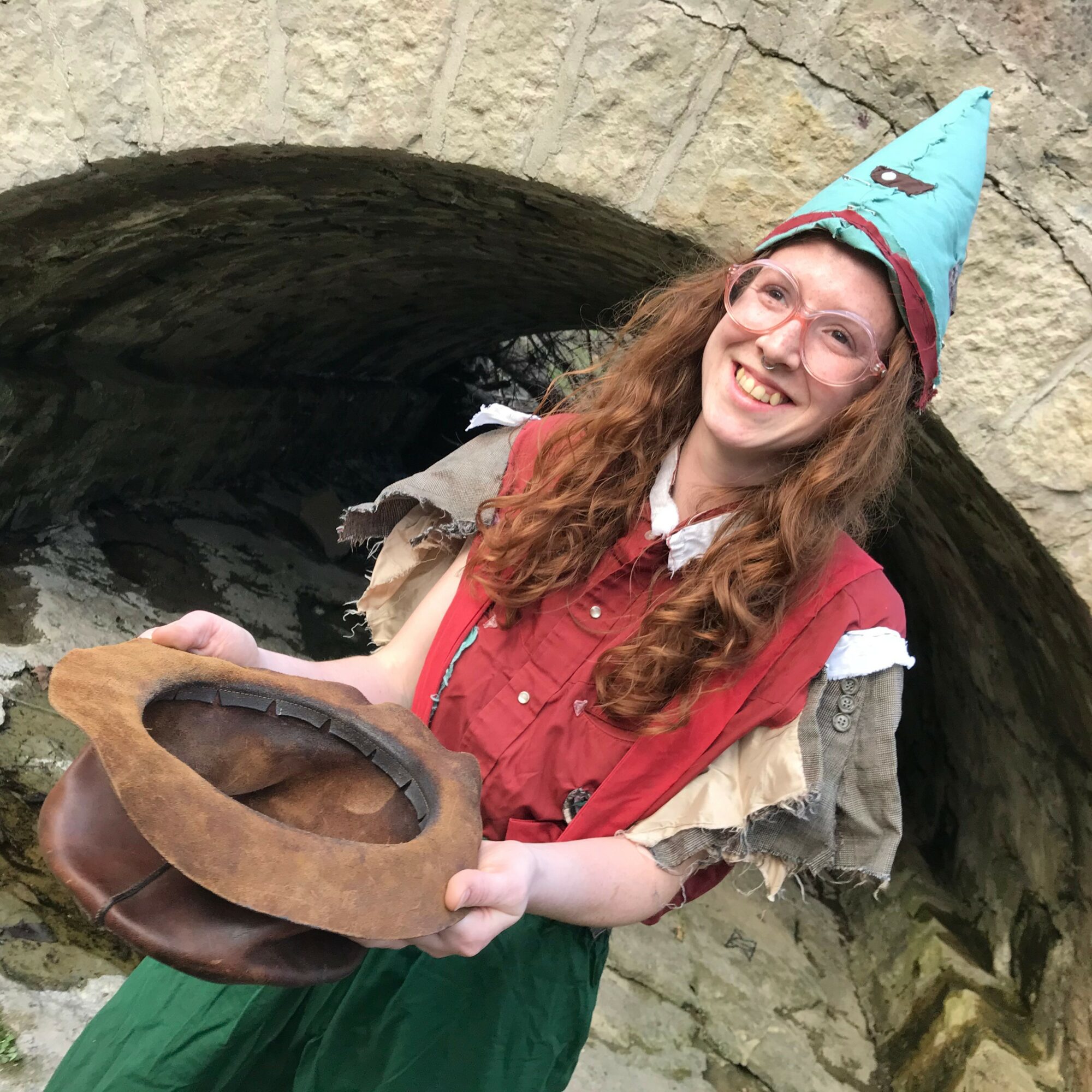 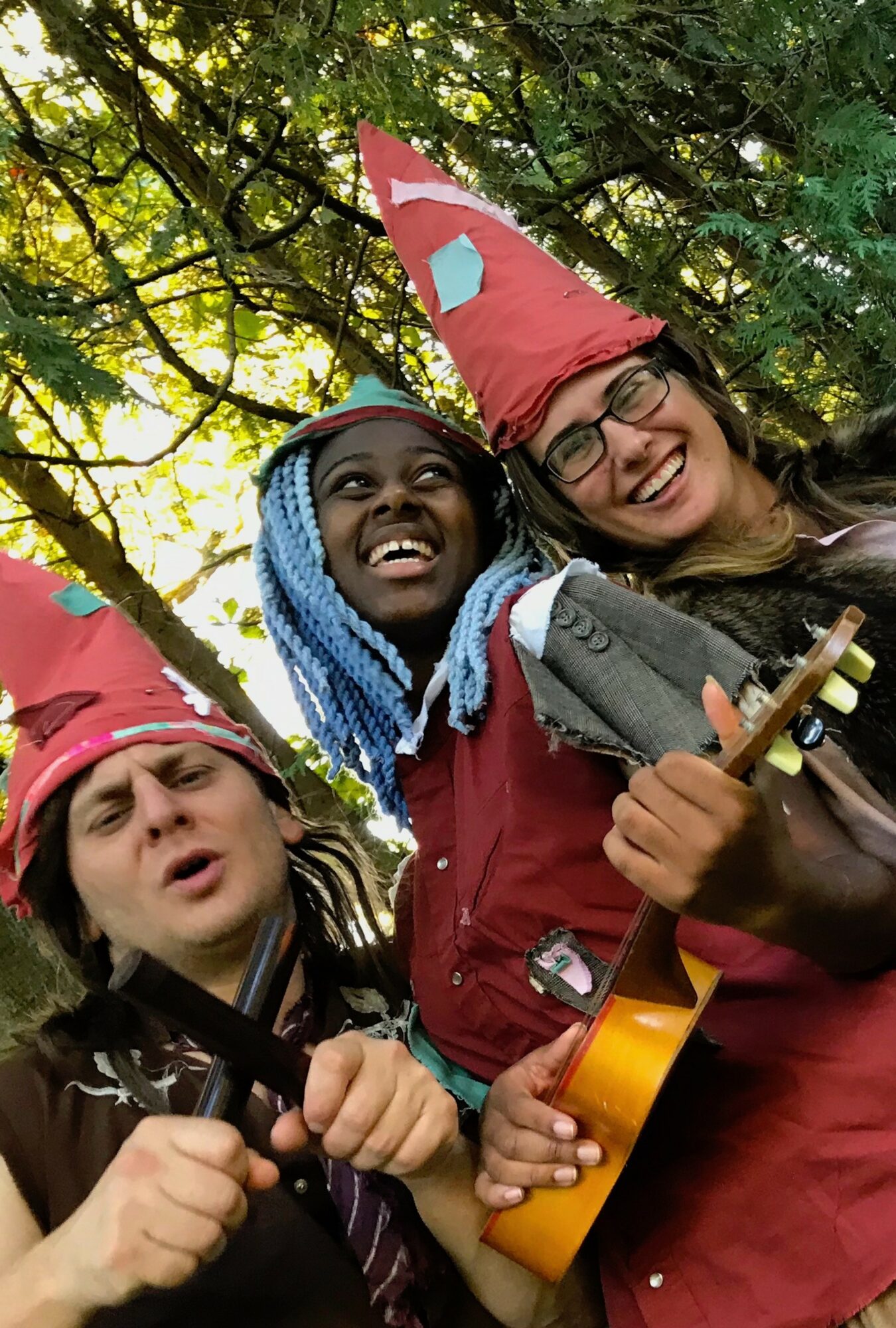