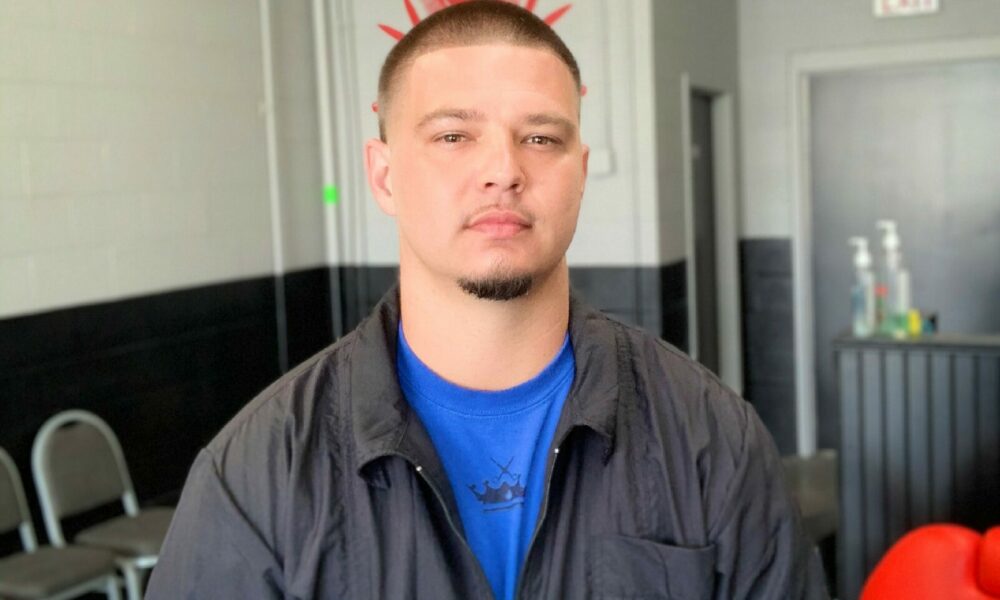 Today we’d like to introduce you to Chad Morris.

Hi Chad, please kick things off for us with an introduction to yourself and your story.
Hello reader, I was born and raised in Owensboro, KY. I started cutting hair at 15 years old. We didn’t have a lot of extra money for haircuts for me and my two brothers so my dad took matters into his own hands, literally. He bought a pair of clippers for $5 at an auction. Needless to say, they weren’t the best of quality and dad wasn’t the best of barbers. He started giving us buzz cuts and after two times, the clippers started pulling. He didn’t put oil on them or clean them, so they were barely cutting. Imagine a $5 pair of clippers, no oil, and a dad wanting to save money. My older brother was furious, as he was left with missing hair and stripes in his last “dad cut”. I then took matters into my own hands. My friend had a pair of decent clippers he let me have, and I just started cutting his hair and my own. Next thing I know I’m cutting kids that I coached, people in the community, as well as friends and family. For 9 years, I was a “street barber”, cutting hair anywhere I could find a plug-in. Then in 2011, I took a chance on going to barber college in Louisville, KY. I moved my family of 6 in with my mother-in-law in the upstairs of her house while I went to barber college and my wife worked a fast-food job. We made monthly payments for me to work toward getting my license; I would drive home to Owensboro every weekend and cut hair on Saturday and Sundays to build my future clientele and earn extra money to help with our daily living. With a month left before graduation, I found myself in a predicament. I was $2,700 short on paying off barber college and being able to graduate. I ended up selling my SUV for $3,500 just to graduate. I had put over $20,000 into the vehicle. It was customized all around with big rims and tires, TVs, custom lighting, and a chrome grill and tailpipes. It was a big sacrifice, but it would be proved to be worth it. I graduated school and became a licensed barber in 2012 and began my apprenticeship in 2013. In 2015 I was blessed to open my own shop as a Master Barber and I have now been in business as CMO’s Barbershop for 7 years (in October).

Can you talk to us a bit about the challenges and lessons you’ve learned along the way? Looking back, would you say it’s been easy or smooth in retrospect?
The road was anything but smooth. There have been a lot of bumps, a lot of U-turns, and a lot of mistakes. My wife and I had two miscarriages before having our first son together. He became the youngest of 7 kids, and that was just the beginning of our growth. I was 19 when our youngest son was born, she was 32, and we were navigating our relationship. We worked through many ups and downs as a family. For 12 years, we were just boyfriend and girlfriend, and in 2017 we got married and have been married for 5 years in September. At 30 years old, I was a grandpa of 5 and now have 9 grandchildren. We lost everything we had for me to go to school, and when we came back after graduation we had to rebuild from scratch. Moving in with my parents after I graduated in their basement, we was able to save money and get back on our feet. Getting our own place and eventually buying another car to replace the one I had to sale. We both had been smoking marijuana for most of our relationship, it was hurting us financially, but also as a family. She carried us for the most part, and I struggled to carry the load I should have for our family. As she got away from smoking, I was stuck in it. And it lead to mistakes and bad choices that ultimately led to me staying to myself in a small bathroom, and pretty much smoking day in and day out. ALL DAY! Borrowing money or borrowing marijuana and barely being in my barbershop. Still to this day, the only reason my shop survived my letdowns was because of God. And even now in my life change, it still survives because of God! In February 2019, I was diagnosed with chronic anxiety, severe depression, and was having suicidal thoughts. I was waking up in fear of not wanting to lose my life, but tired of living how I was, with what seemed to be no way out. That same day the 11th of February, after leaving the hospital, I went home, hit my knees, flushed all of the marijuana I had left down the toilet, and prayed crying out to God! Asking him to spare my life, I told him that I would rather live for him than die in the way I was living. My wife came home with the prescription the doctor had given me after my diagnosis… to this day, I have not touched that bottle, I have not touched marijuana, and I have not had any suicidal thoughts or depression. When life presents anxious situations I run to God in prayer and lay it all at his feet. God healed me from the inside out, and I know I am living today because of his grace and his mercy alone!

Thanks – so what else should our readers know about your work and what you’re currently focused on?
I have always had a gift to work with people and to speak life into others. Even in my darkest days, I tried my best to make others’ lives better. And a lot of that came by way of Coaching. I have coached youth sports for nearly 15 years total. Basketball, football, and baseball with football and basketball being my primary sports. I have been able to teach the game while also teaching life and growing our community. I now see kids I coached when they were 6-7 playing their final year of high school sports and graduating. As good as people say I have been to their kids as a Coach, their kids have been better to me. Without realizing it, they helped me through some of the toughest days of my life, and I always remind them, “no matter how much you think I help you, you help me more.” Although they never probably understood what I meant then, hopefully, they will realize it as they get older. To every single kid I’ve ever coached, I love them, and they are family to me for life!

Where do you see things going in the next 5-10 years?
The barber industry is growing quickly; just in my city alone, I have seen it go from 2 urban barbershops to now up to 10 in just over 6 years. Barbers and barber shops are thriving in Owensboro, KY, and I know in even bigger cities, the growth has to be that much more exponential! We just recently made history in our city as a former barber brother opened the first barber college ever in Owensboro. I believe barbers have a platform not only to change people’s looks, but more importantly, change people’s lives. It is not just what we do, but who we are, and who we are allows others to become who they need to be! 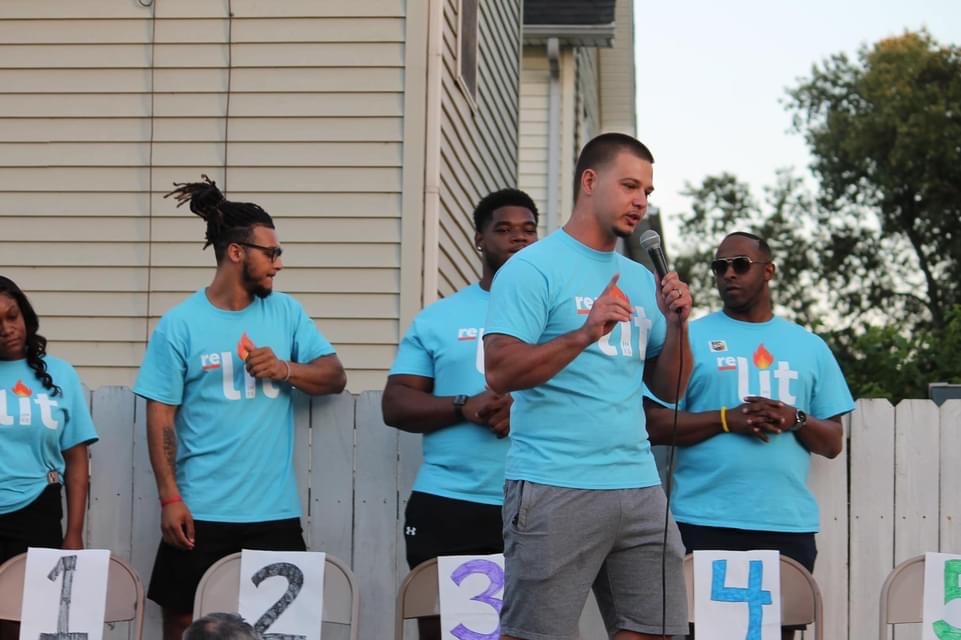 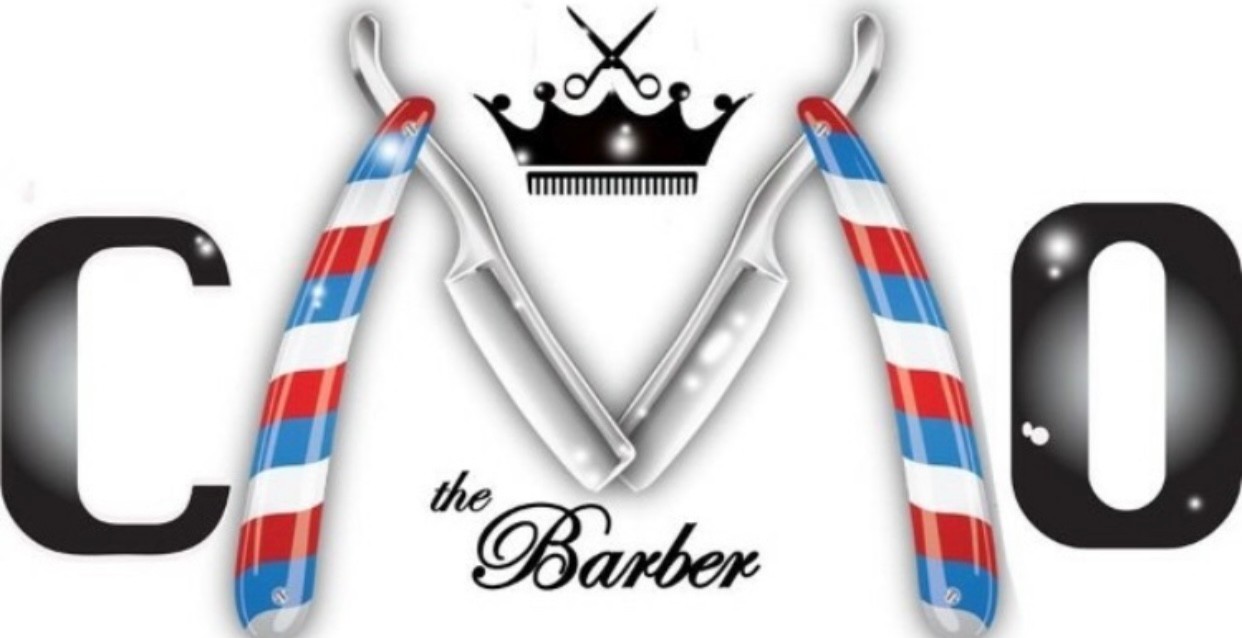 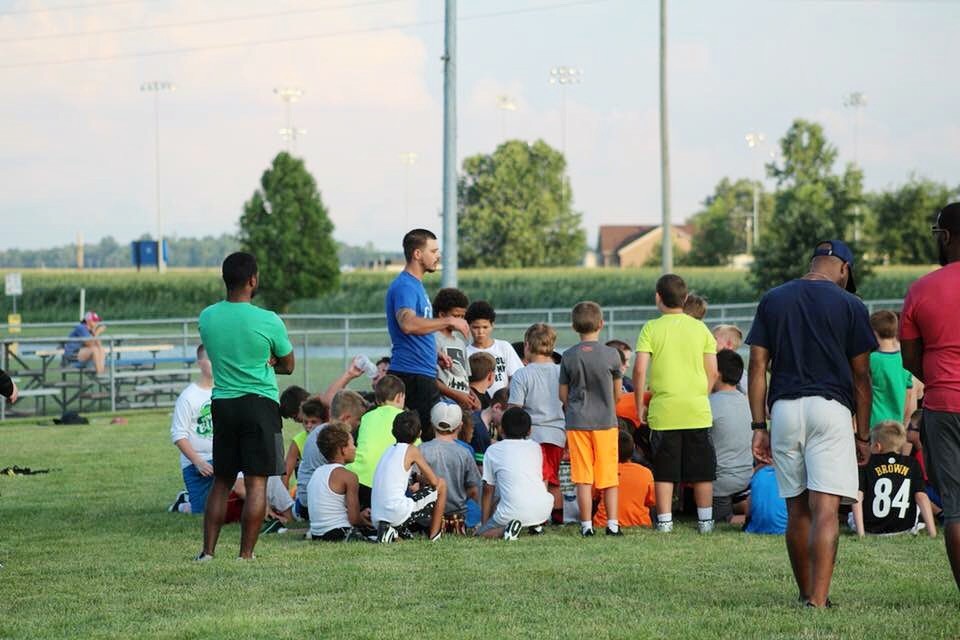 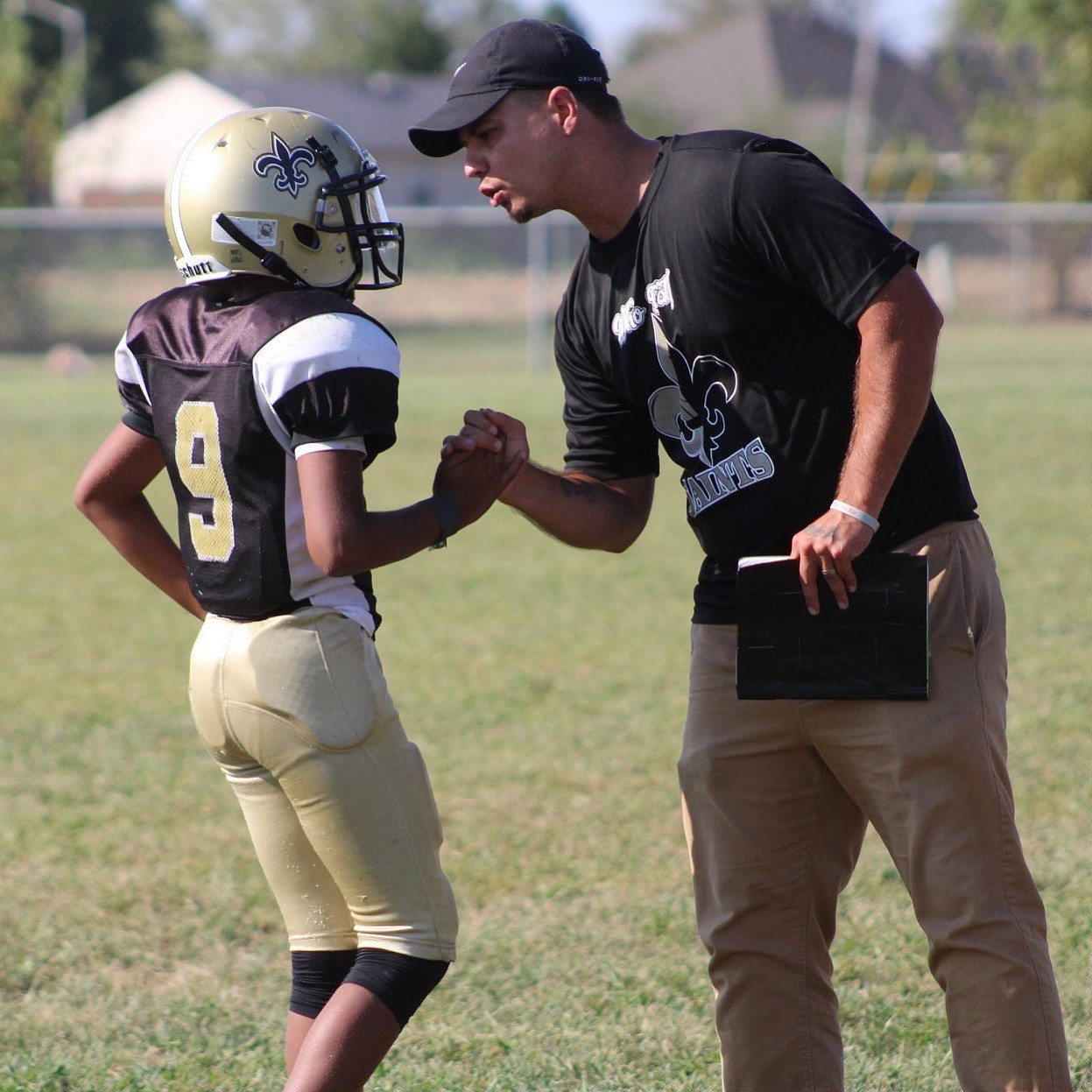 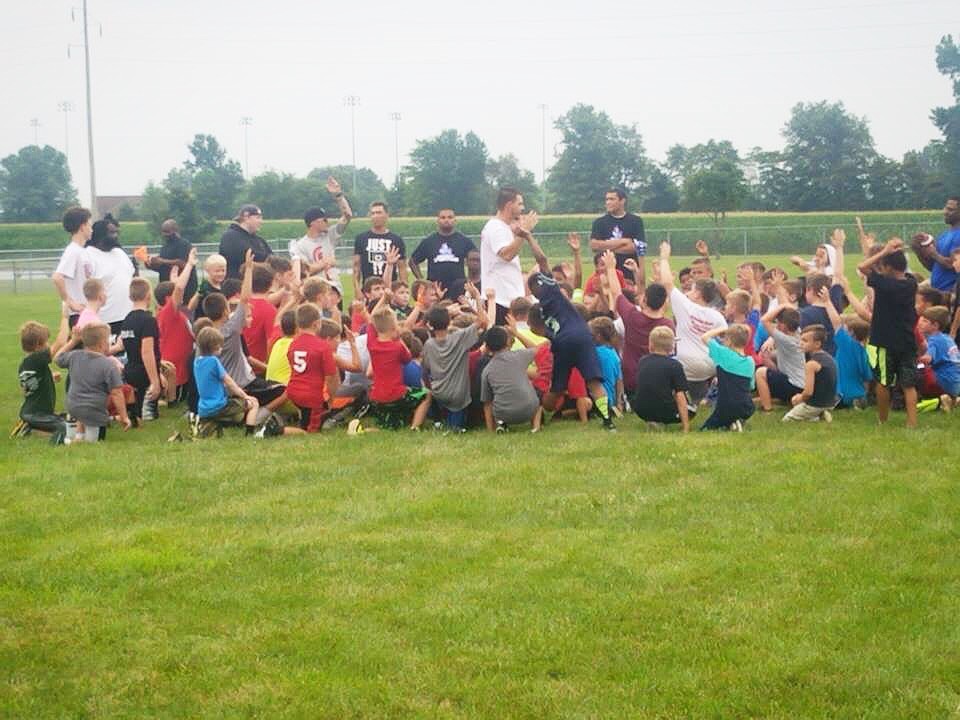 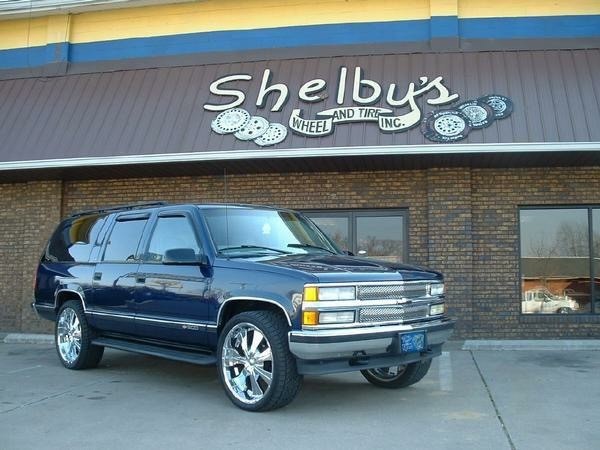 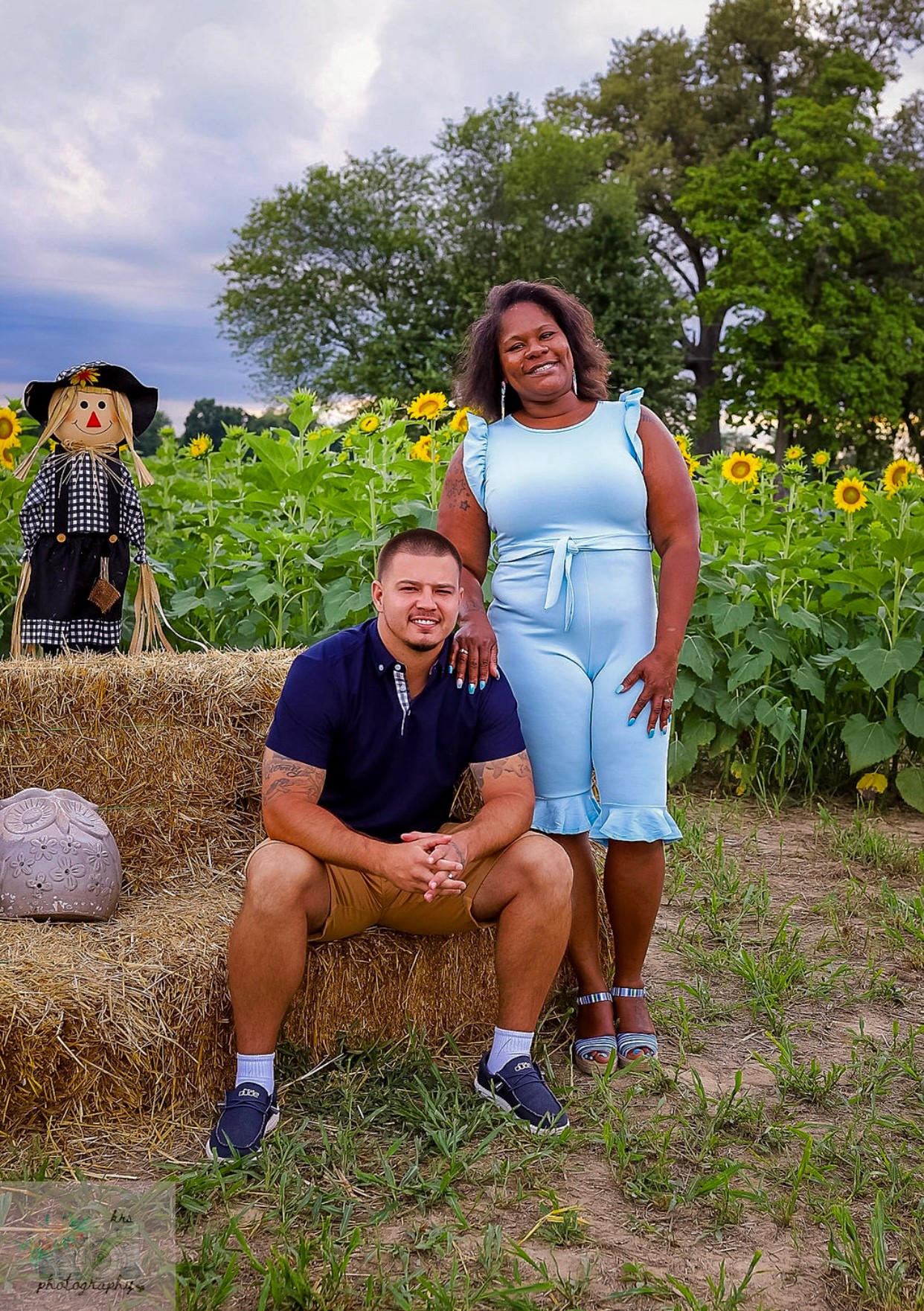 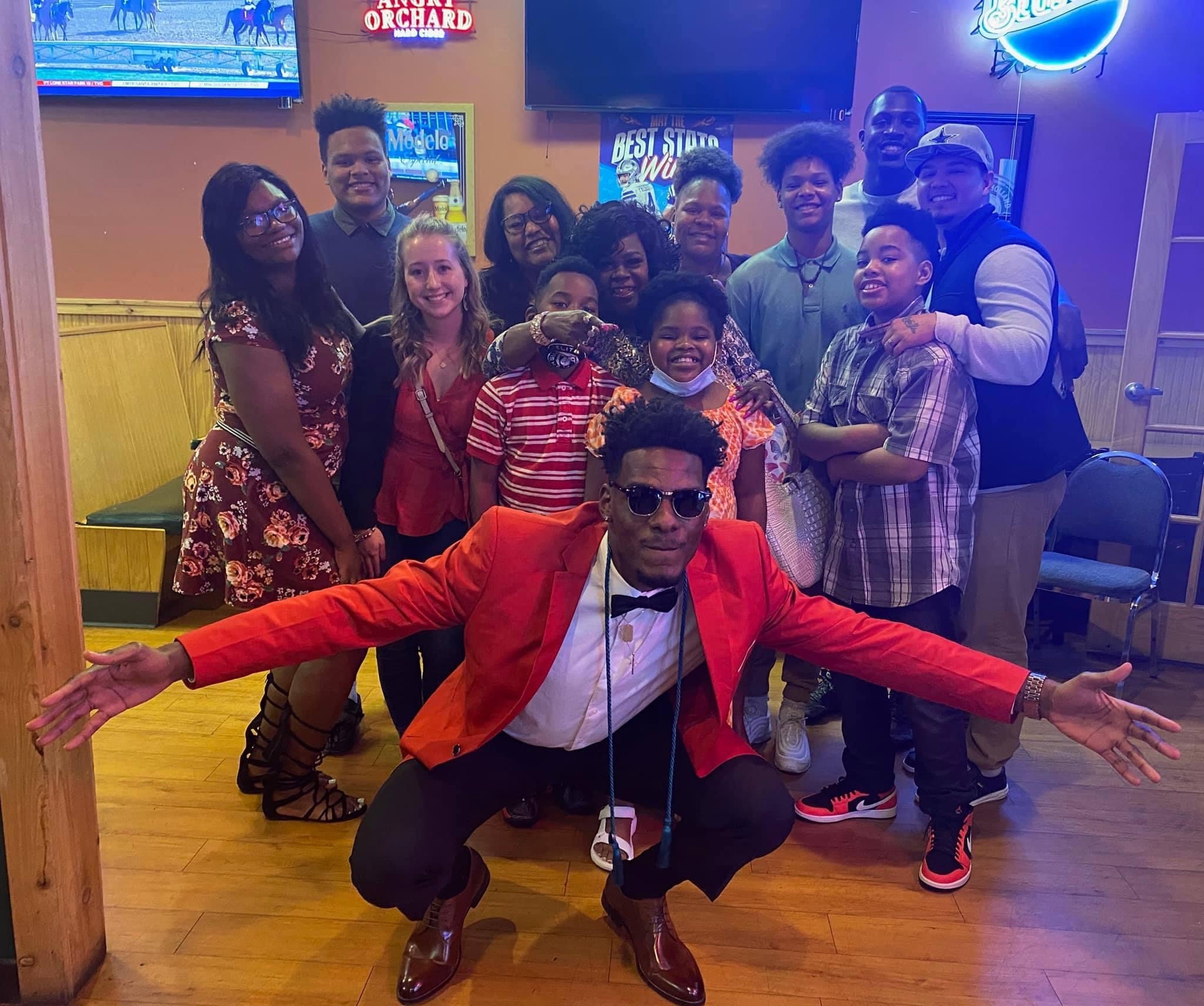 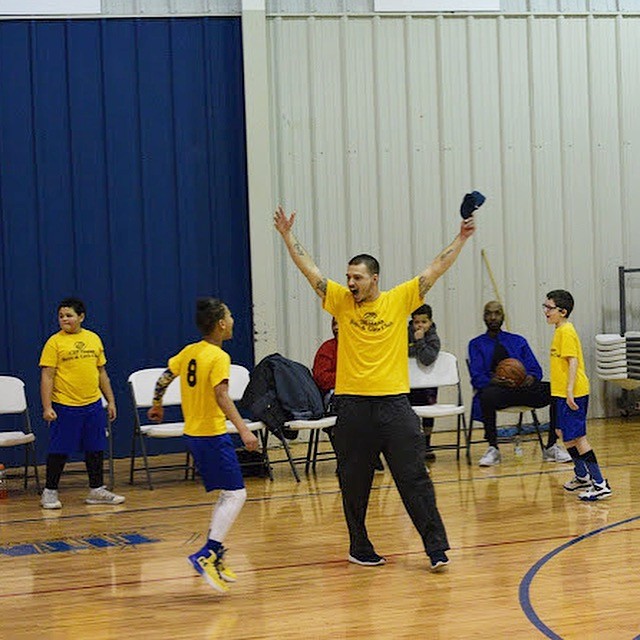 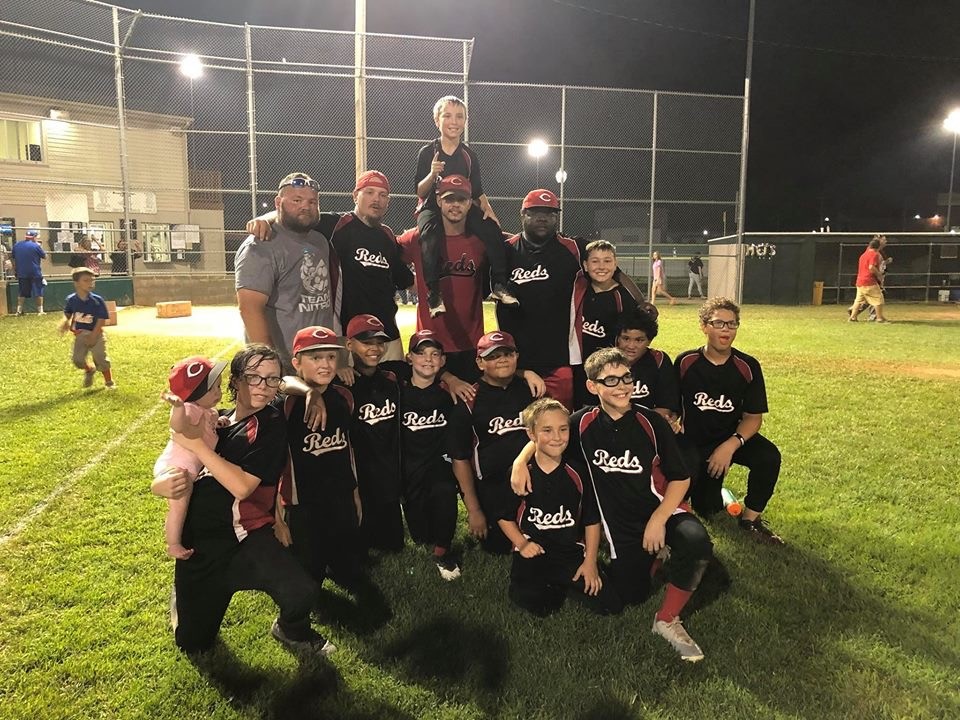