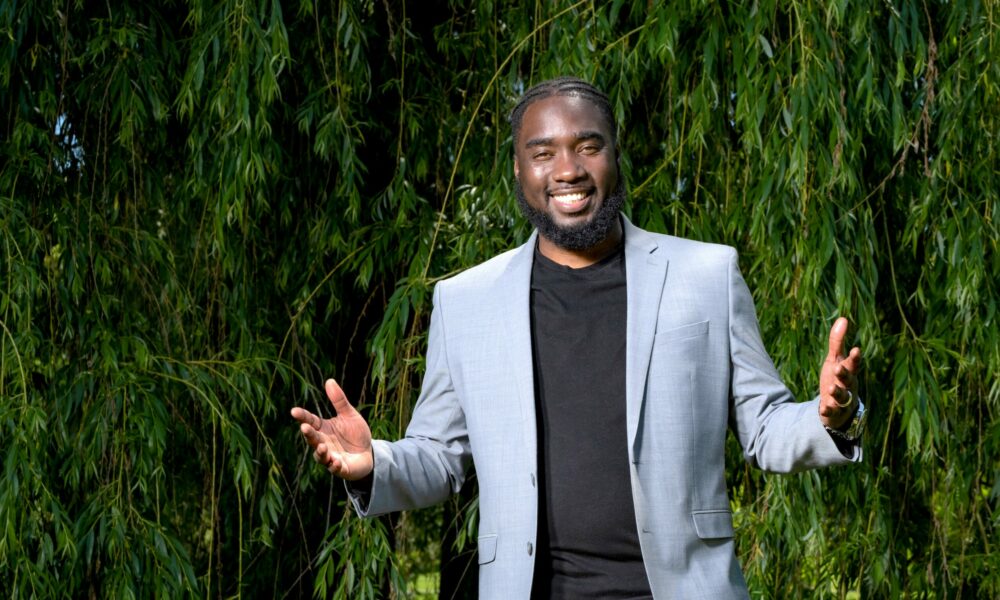 Today we’d like to introduce you to Duncan Kirkwood.

Hi Duncan, please kick things off for us with an introduction to yourself and your story.
Growing up in the inner city of Buffalo, I should have been dead or in jail, but God had a purpose for my life. I left Buffalo after high school to attend a Historically Black College, Alabama State University in Montgomery, AL. There I really discovered my voice and that I had something special to offer the world. I can remember as a freshman after a lively debate with a professor named Dr. English; he pulled me to the side to ask me a question that would change the path of my life. He asked, “why aren’t you a student leader on campus?” I said, “student leaders have a cause; I don’t really have a cause or something to advocate for.” He said, “you have a voice and can be the voice for people who can’t speak for themselves.” After that, I joined the student government as a volunteer. Fast forward three years and I was elected student body president and propelled into a life of advocacy.

During my time in the military, Soldier depression and suicide reached an all-time high, and in 2012, we actually lost more Soldiers from suicide than in overseas combat. In response, the Army ramped up its supports for Soldiers by training officers like me to become Master Resilience Trainers tasked with training Soldiers to become more mentally tough.

After my time in the military, I took that training and mixed it with some principles on purpose, presence, and self-discovery to publish my book best-selling book Rerouting: Resilience Tools and Tactics in 2020. Since its launch, the book has sold over 10,000 copies across six countries, and I have spoken to over 60 audiences of college students and high school students from Albany State University in Georgia to the Institute of Technical Education in East Singapore.

I never thought that I could have a life like this. I never imaged that my full-time job could be speaking and motivating young people and educators across the world. I have an amazing wife and three amazing children, a house twice the size of the one I was raised in, and I get on an airplane at least 9 times a month to bring my message to every corner of the country. I want people to know that it is possible. That if I, a skinny dark skin kid from the hood, could make it to this level, then you can make it and go even further.

Can you talk to us a bit about the challenges and lessons you’ve learned along the way? Looking back, would you say it’s been easy or smooth in retrospect?
I have encountered so many setbacks and challenges along the way, but I never gave up. In fact, I learned that setbacks are part of the journey to success. Here are just a few of them.

1. When I was in high school, I had very bad grades from lack of effort, so my first two college choices rejected me. It was frustrating and embarrassing, and it made me feel less than my friends. My third choice, Alabama State University took a chance on me. It turned out to be the best thing for me because it was my first time experiencing Black excellence and learning from Black Ph. Ds and learning the complete history of Africans throughout history. If I had gone to one of my first two choices which were in NY and an hour from my home, I would be coming home every weekend to get food or laundry done. I would have never had the chance to stand on my own two feet and grow up. The rejections were the blessing. They started me on a path to the best version of my life.

2. When I was about to graduate from college, I applied to 40 public relations firms, and I got rejected by 40 public relations firms. Even though I was student body president, I could not get a really good-paying job. I refused to go back home and have to live with my parents and give up on myself, so I joined the Alabama Army National Guard. During my service is when I became a Master Resilience Trainer, which ultimately led to me publishing a book and launching my speaking career. I am so thankful for those 40 rejections because if any of them had said yes, I would not be walking in purpose and living this life of joy that I am so thankful for.

3. I ran for political office here in Buffalo, NY twice, and the second time I was forced to make a choice: Drop out of the race or quit my job (politics). So, I chose to quit my job with a great organization to run for office. I knocked on thousands of doors, I made thousands of phone calls, raised over $20,000, and elevated a lot of issues, and I lost. I was frustrated and disappointed, and for the first time in my adult life, I did not have a job or even a plan for a job. The blessing was that in that uninterrupted time, I was able to focus and write my book, that ultimately became the catalyst for my speaking career. An additional bonus: During the campaign, my wife and I were looking for a new home. I went to a block club meeting in the exact neighborhood that we wanted to live in to speak about the election, and I dropped into the remarks that we were looking for a new home in that area, and someone said my neighbor is moving come meet them. So, after the meeting, we walked to the seller’s house and got to review the house and put in an offer before it was officially on the market, and ultimately, we got it.

Appreciate you sharing that. What should we know about Duncan Kirkwood Consulting LLC?
The easiest way to think of what I do is to say I am a motivational speaker. But really, I have mastered the art of developing human potential. I am widely regarded as an expert in teaching the psychological resilience critical for success.

I connect to people in a way that is rare, and I am able to move them towards becoming the best and most resilient version of themself.

What has been the most important lesson you’ve learned along your journey?
Growing up, I got in trouble for talking too much in school. All the time, on every report card teachers, would say, “Duncan has potential, but he talks too much” or “Duncan continuously distracts other students from learning” etc. No one knew that speaking was my gift, and none of the teachers knew that I had greatness in me, but I did. I knew that I was going to become something, and I knew I had something to say all the time. I just didn’t know that speaking could be a career.

I have learned that your life situation, your reality is something that you create with your will, your determination, your attitude, and your energy. 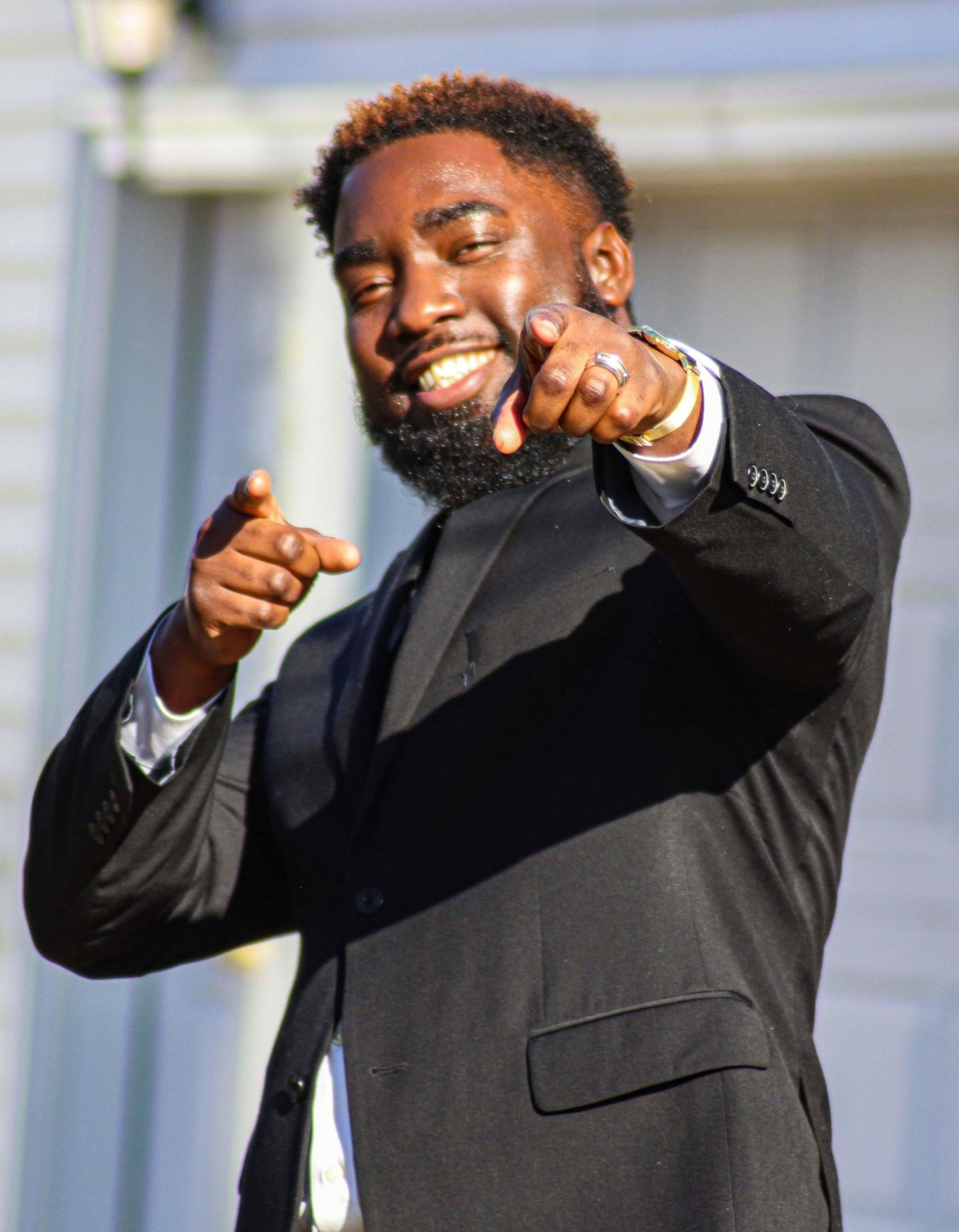 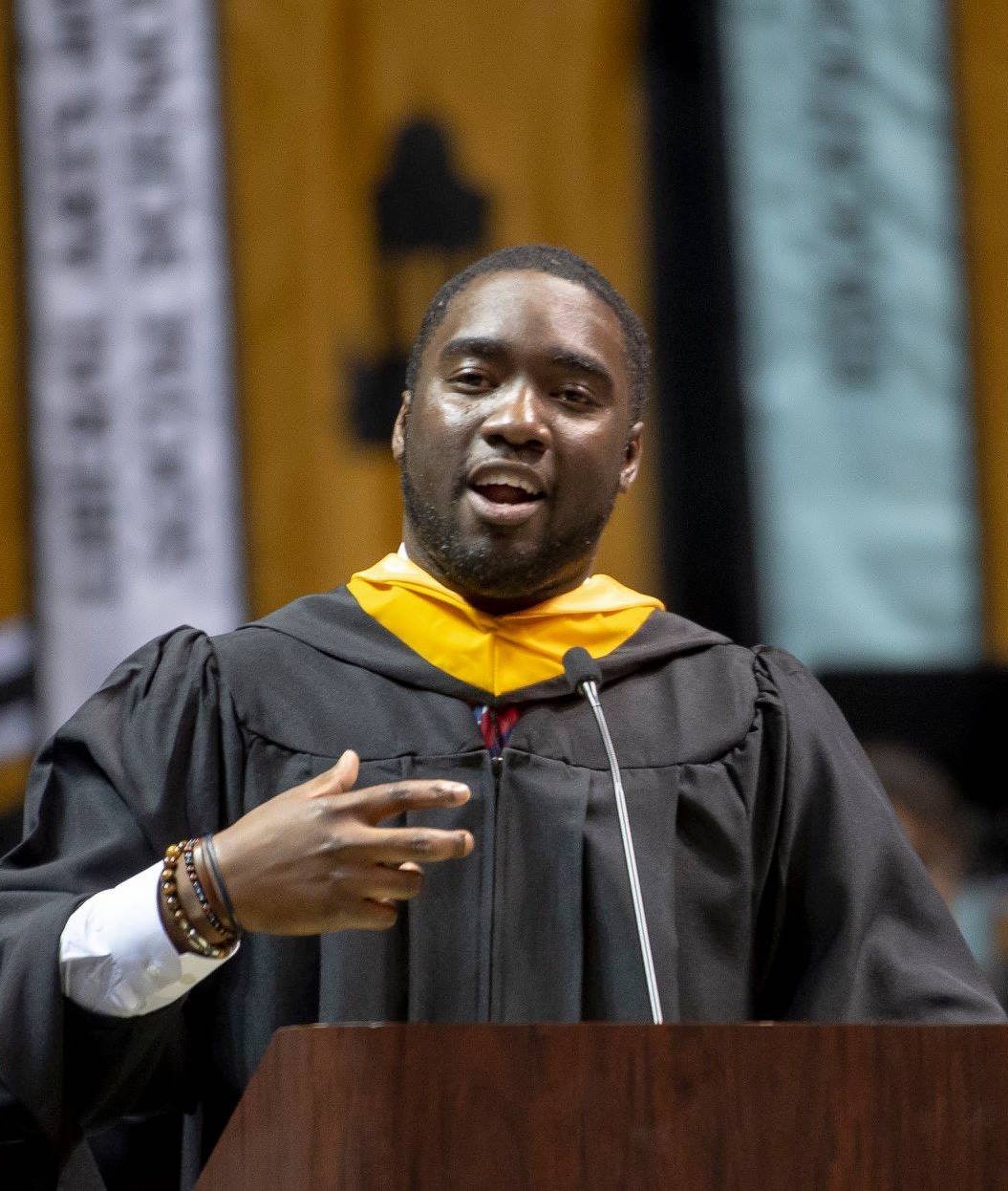 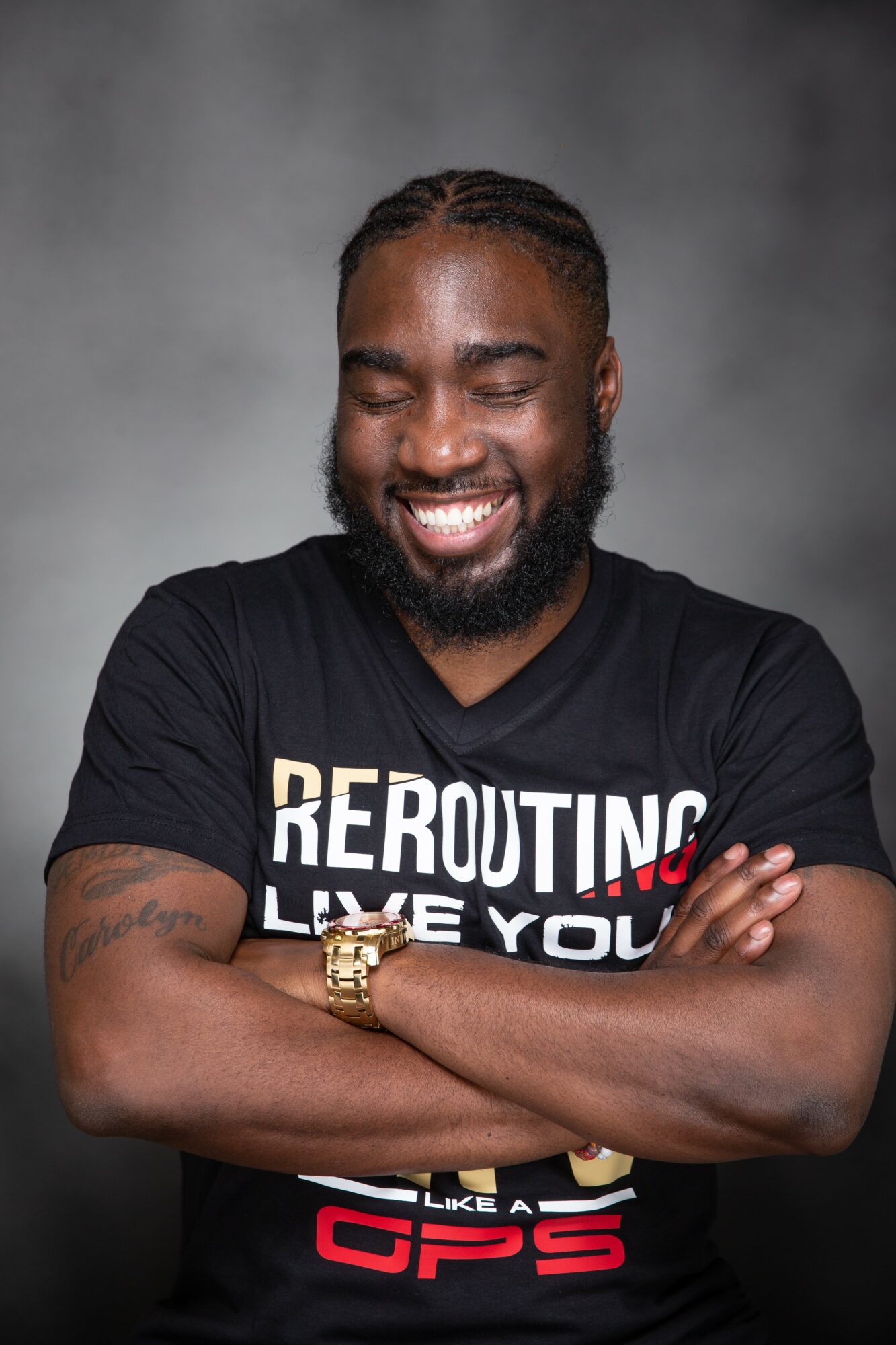 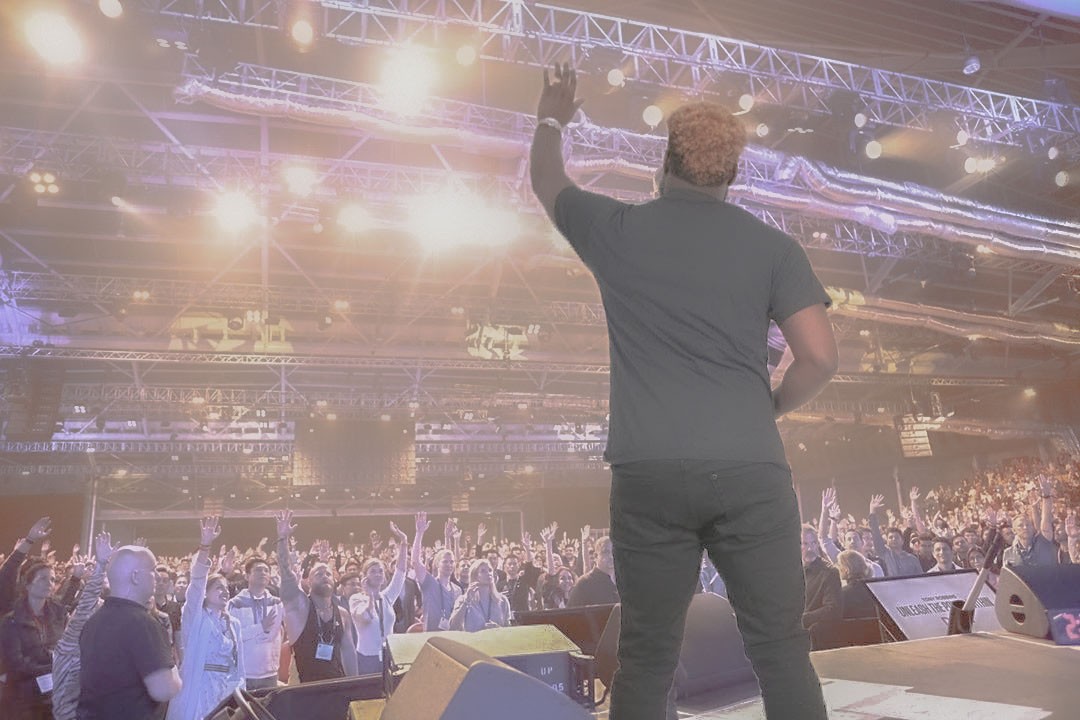 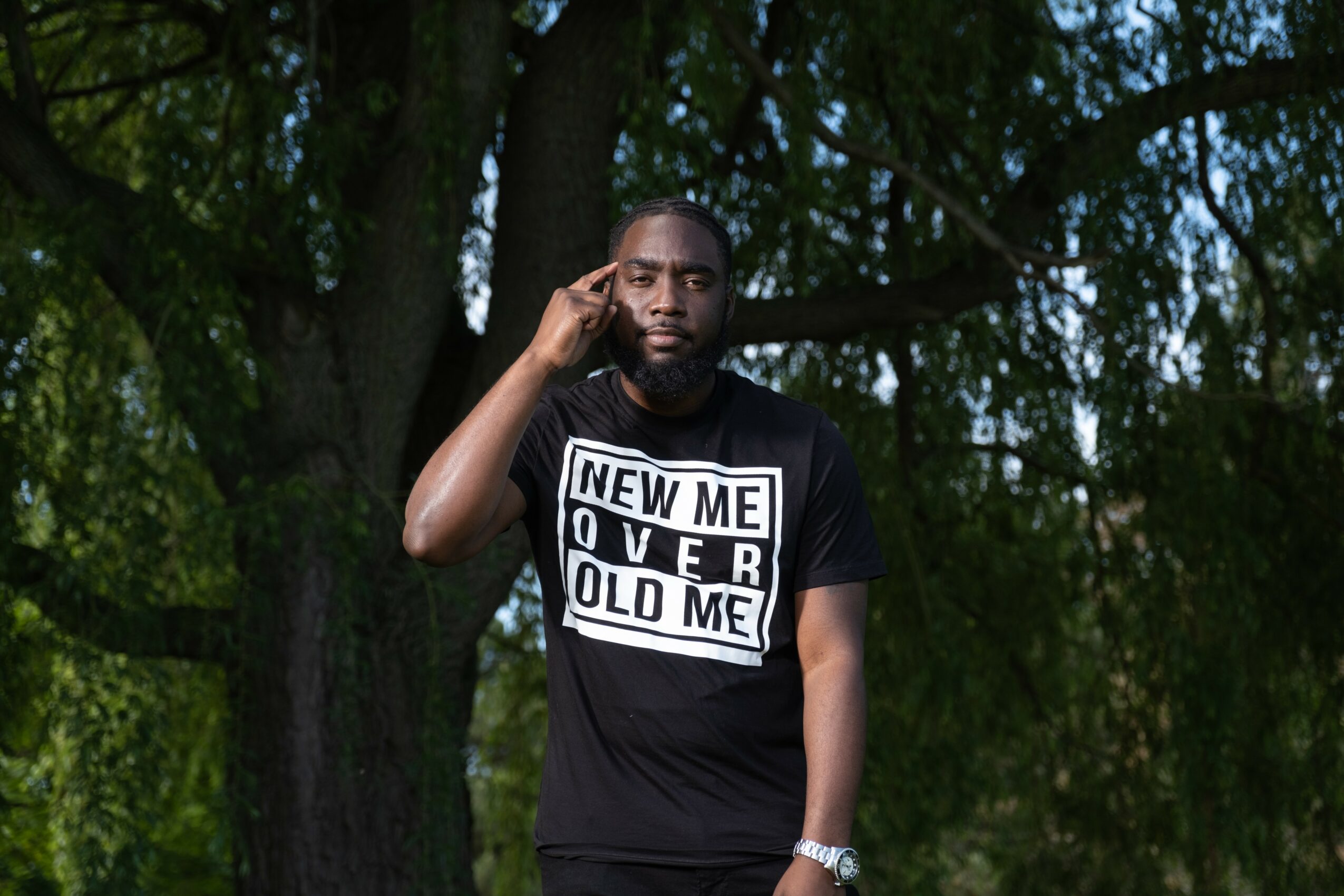 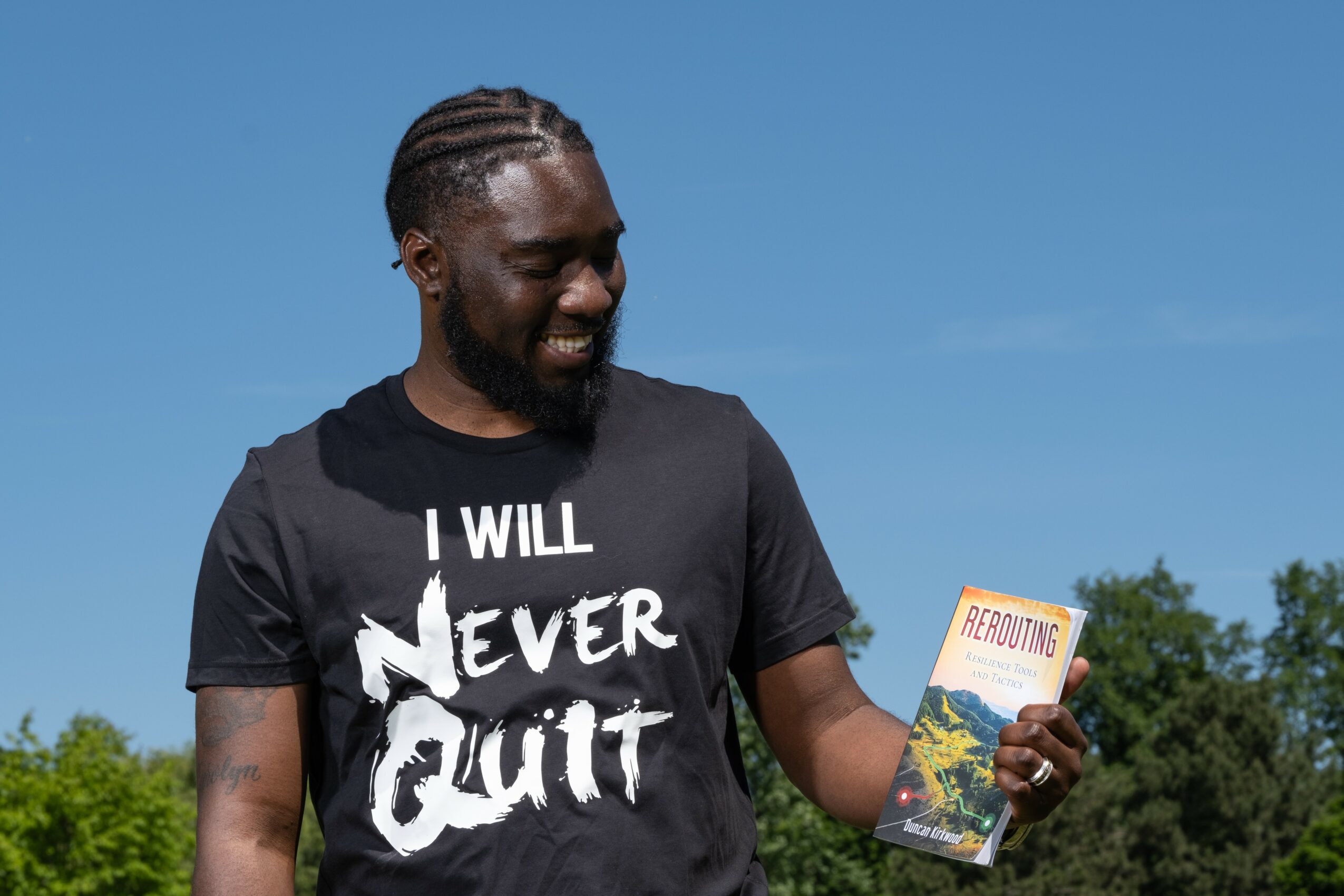