Today we’d like to introduce you to Lynx Higgins.

Hi Lynx, thanks for joining us today. We’d love for you to start by introducing yourself.
When I was 18, I started my freshman year of college studying fine art at DAAP, and I got a job apprenticing at a walk-in studio on Short Vine by UC’s campus to pay my way through school. It wasn’t glamorous by any means, and the tattoo industry wasn’t viewed upon in a positive light like it is today, but I met many amazing artists who showed me ways to develop my craft past the walk-in studio mentality (which wasn’t super common in 2015) and I started learning how to do portraiture-based tattoos. I also realized pretty early on that art school wasn’t really for me, and after trying to juggle multiple apprenticeships and art school throughout those 3 years, I decided to officially drop out of school and finish my tattoo apprenticeship. It was incredibly stressful, but I wouldn’t change a thing!

I’ve worked in studios all throughout Cincinnati and Columbus and ended up settling into White Whale Tattoo in 2018, and I’ve been here ever since.

Can you talk to us a bit about the challenges and lessons you’ve learned along the way? Looking back would you say it’s been easy or smooth in retrospect?
Apprenticing was the hardest experience of my entire life. Back then, most studios were run by old-school male artists who would haze, bully, and sexually harass you constantly. There used to be a party mentality in some of those walk-in studios where they would drink and hangout at the studios during and after hours, and it’s really hard to escape from that toxic atmosphere. I lost many tattoo jobs and apprenticeships due to those difficulties, not necessarily for anyone’s fault but my own, but I needed to escape that toxic work life and move towards a healthier atmosphere. I also didn’t have a strong mentorship in those first few years of my career, and my art suffered because of it. It’s really difficult leaving that type of environment when your portfolio isn’t up to the standards of the better shops in the area, but I was very fortunate to have amazing friends within the community who pushed me to keep trying. I also had the trust of my current mentors and coworkers at White Whale that took me in when my portfolio wasn’t the best. They trusted I would become better by surrounding myself with some of the best artists in the city who could guide and mentor me, and my artwork evolved into a style I’m really proud of because of them.

My family was also very against my career choice and my decision to drop out of college (for good reason, they saw the studios I was working in and they were concerned for my well-being), but once I was able to figure out what type of space I wanted to create in and the work I wanted to do, I knew I had to work 3x’s as hard to expand my portfolio, and slowly worked my way up to some of the top studios in the state (and now, country!).

Thanks for sharing that. So, maybe next you can tell us a bit more about your business?
I’m known for a strange variety of styles that can sometimes seem confusing to people as they scroll through my portfolio, but I have a lot of subject matter I’m passionate about and I only accept work that I’m 110% comfortable and excited to work on. My work varies from anime/manga imagery, pet portraits, pop-culture portraits, fine art reproductions, basically anything I can tattoo on a micro scale with a ton of detail! This includes a lot of single needlework which excites a lot of my clients. Cincinnati is an incredible city filled with so many talented artists that specialize in these subject matters as well, but I personally work on a micro-scale with a smaller needle set. I’m very inspired by the delicate tattoo style that originated in South Korea and have learned from a few artists overseas, and I added a small amount of influence from the American Traditional community to create my own style. I like to stay true to the basic rules of tattooing (using linework, heavy contrast, black ink, etc) to make sure these pieces last a lifetime, but with a smaller needle set that gives my pieces a very delicate touch. Not many other artists in the area are comfortable doing this style (especially in color), and it sometimes receives backlash from the old-school studios around these parts, but I love the amount of detail we’re able to create into such a small-scale tattoo that may scare other artists away.

I also travel around the US, and sometimes internationally, to guest spot at different studios and conventions. One of my favorite ones is Anime-Ink Con that takes place in October. It’s run by an exceptional group of people, and some of the most amazing artists from around the world travel in for this event, it’s truly an incredible convention to get tattooed at or just come hang out at!

Do you have any memories from childhood that you can share with us?
It’s nothing super exciting, but most of my happiest childhood memories revolve around movies and media. My dad is a huge horror movie enthusiast and raised us on old slasher films, and every week we would go to Blockbuster and rent the newest scary movie that had come out and watch it together as a family. Every Christmas, we re-watch the entire first season of Kingdom Hospital we burned onto some old DVDs (it’s a really old Stephen King show that never got past season one), it was just one of those things that would always connect us and bring us back together. My older sister and I didn’t get along super well when we were kids (pretty typical childhood sister dynamic), but every Friday night when our parents went to sleep, we would sneak down to the basement to watch Toonami, and we would binge watch our favorite animes all night together. We knew when the sun was about to come up when Hamtaro would come on, and we would sneak back upstairs before our parents caught us. I feel like movies and media really influenced my art and relationships with the people around me and inspired the art I make today. I thought I wanted to work behind the scenes on films and plays creating gore and monsters, and I did for a brief amount of time, but drawing and designing them was more fun! 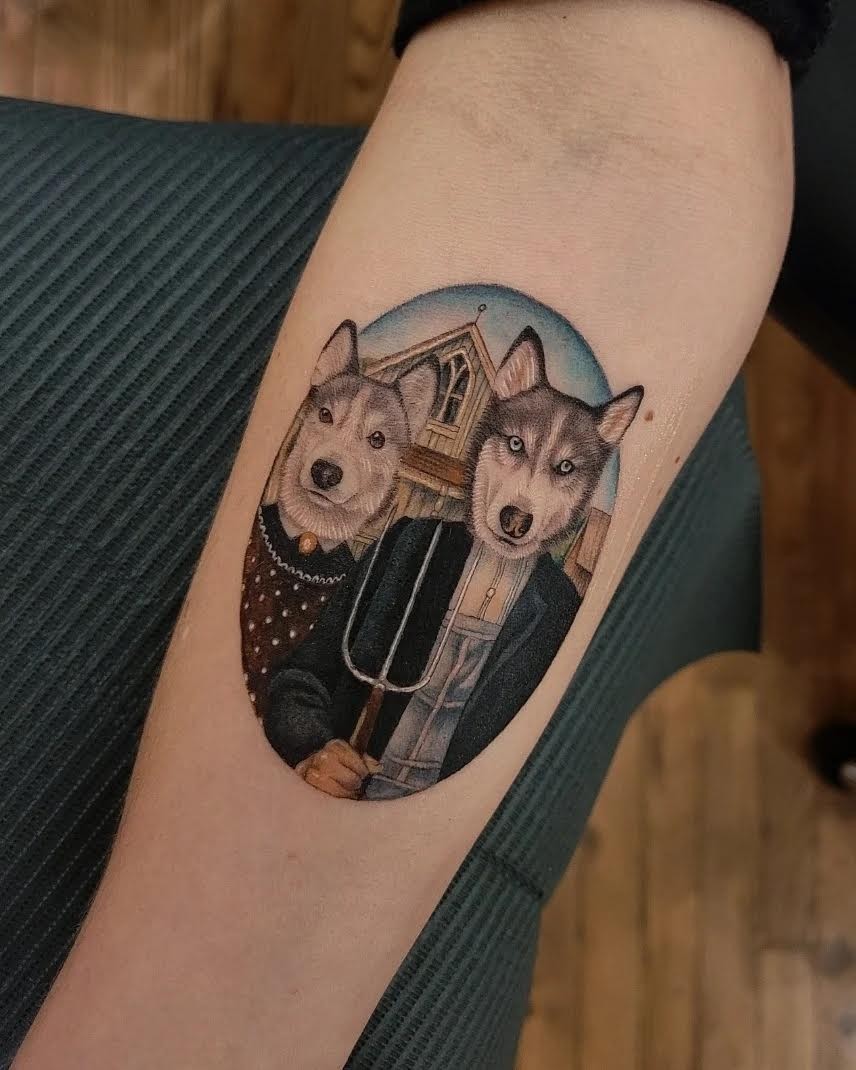 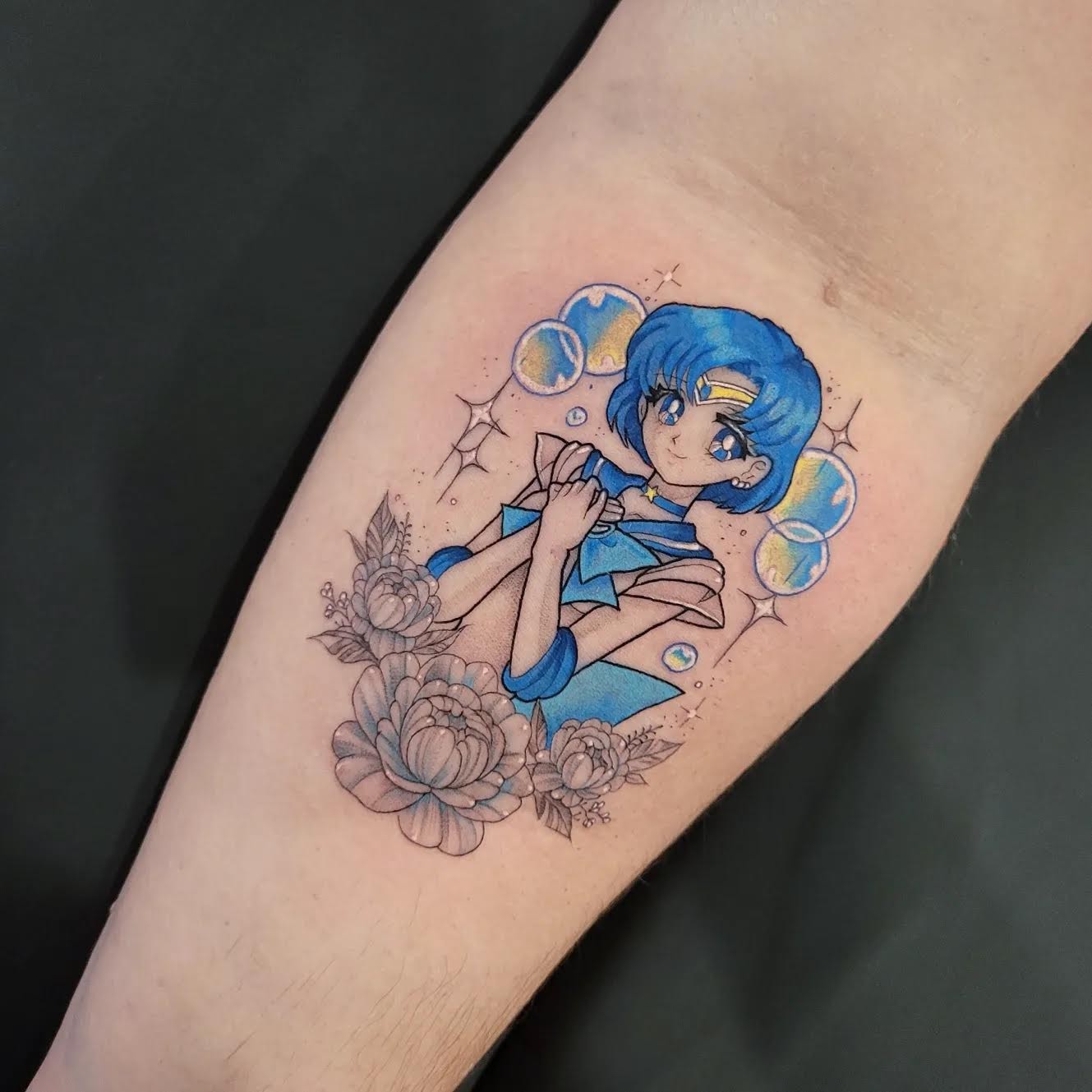 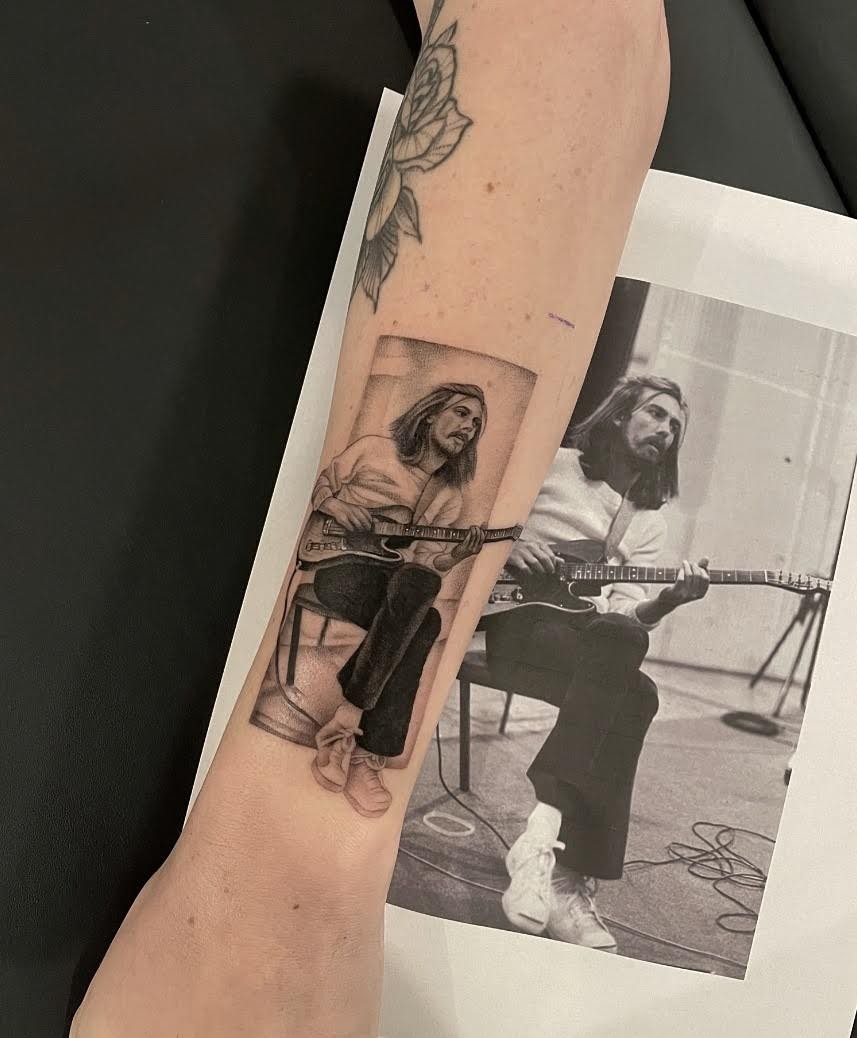 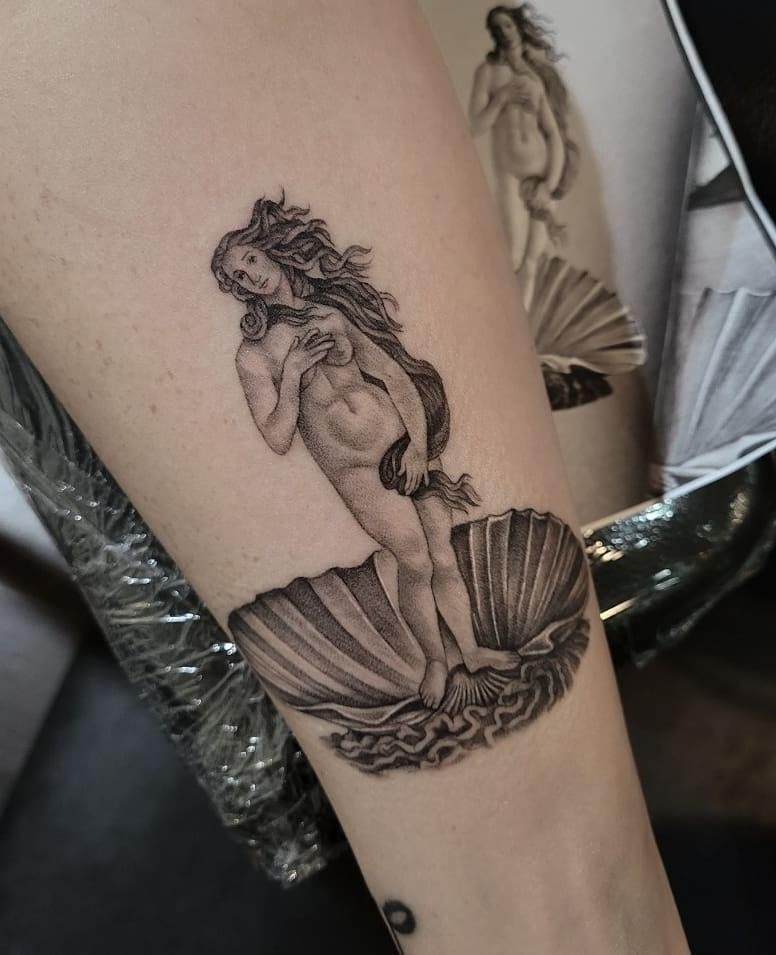 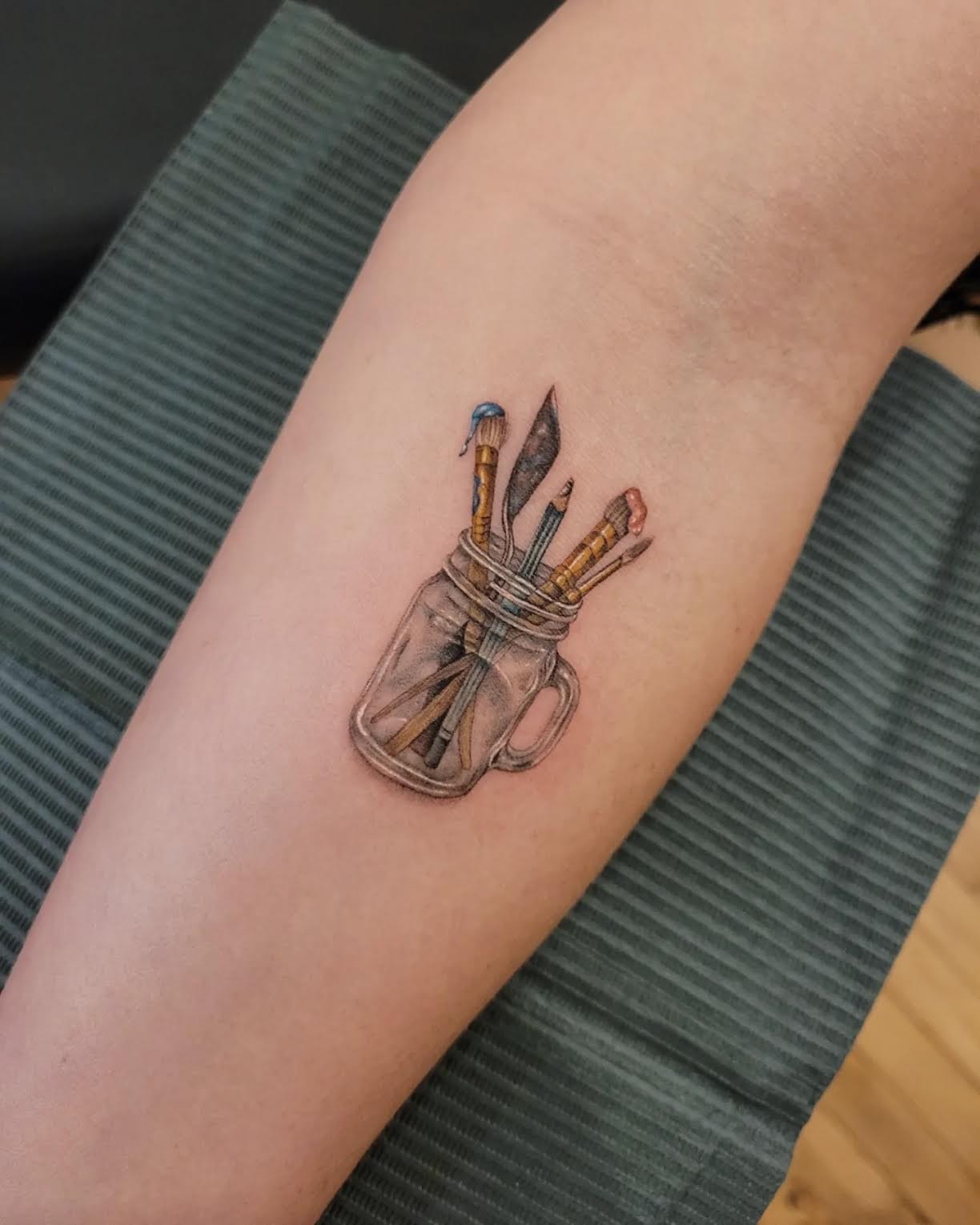 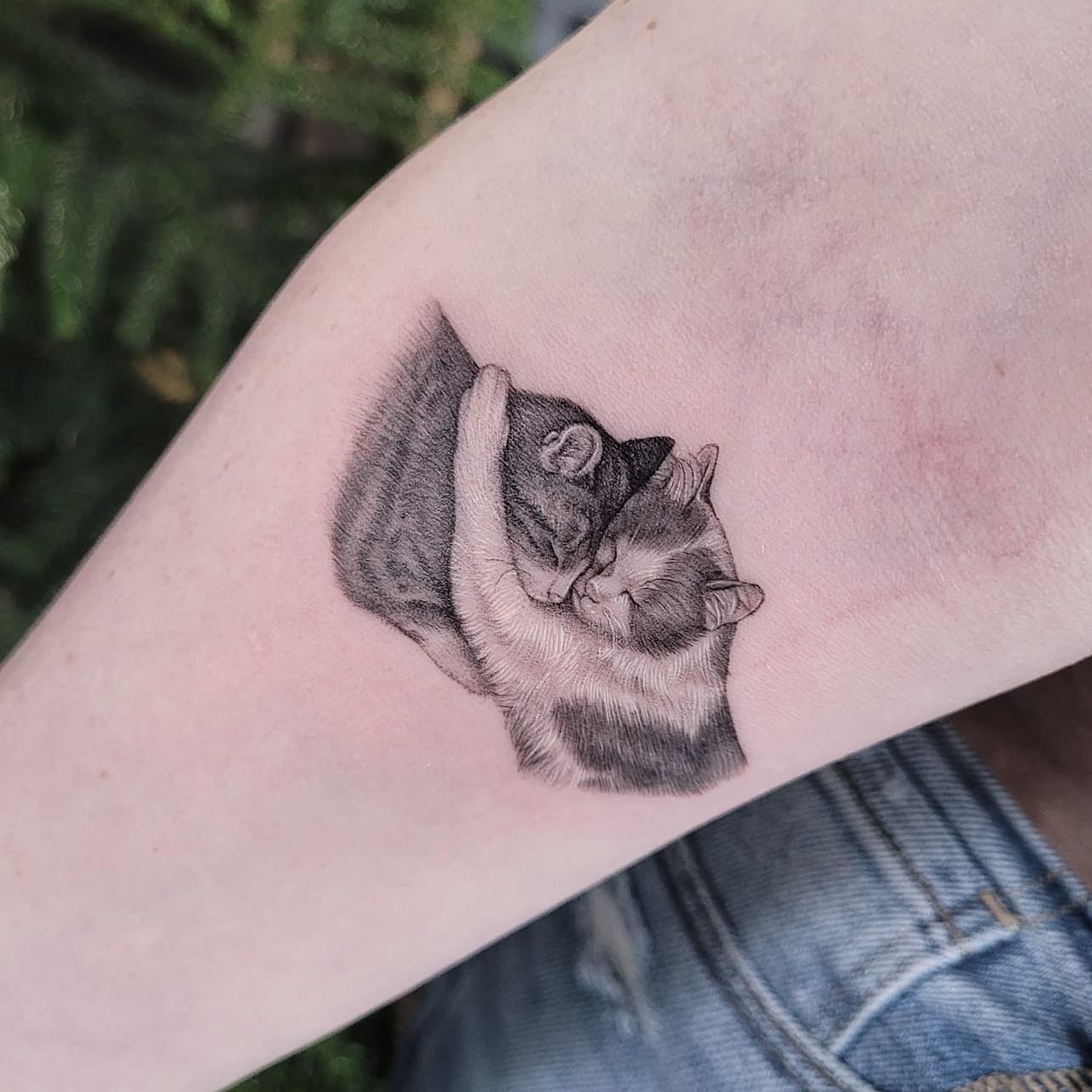 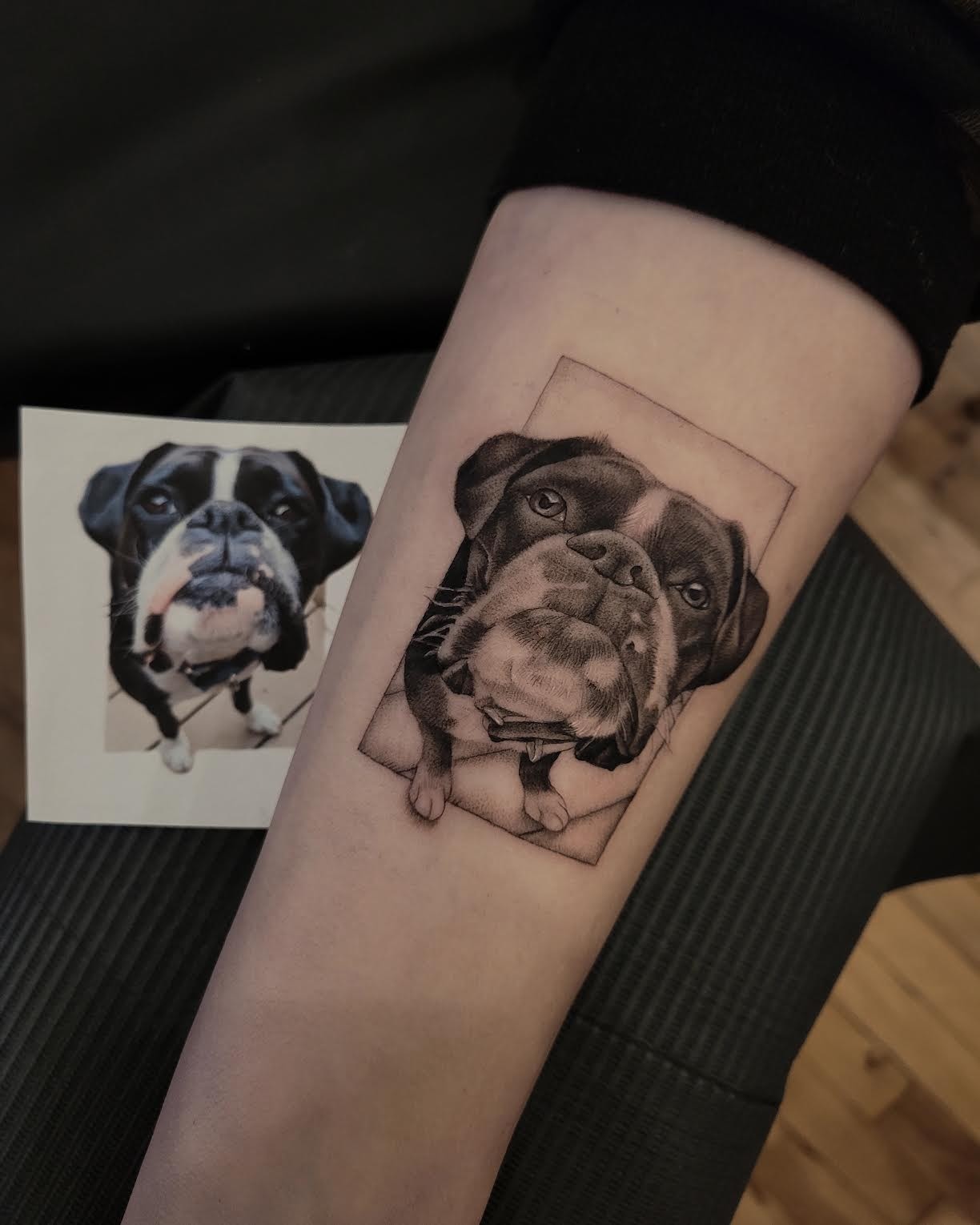