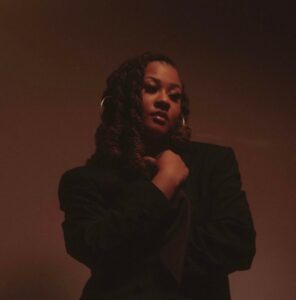 Today we’d like to introduce you to Serrin Joy.

Hi Serrin, we’re thrilled to have a chance to learn your story today. So, before we get into specifics, maybe you can briefly walk us through how you got to where you are today.
I am originally from West Akron, Ohio. My hometown is mainly known for athletes like Lebron James and Steph Curry, although there is also a lot of hidden talent that lies in Akron as well.

I come from a musical family, and I am the oldest of five! (Walter Jr, Lynette, Lydia, and Sophia). We all sing and play instruments. My parents (Joy and Walter Scrutchings), instilled an appreciation for many different genres of music in my siblings and I since we were little.

Growing up in my house, everyone sang in the church or played alongside the musicians during service. My parents were the ministers of music at church, and my father is the head of the Men’s Division with the Gospel Music Workshop of America. My mother introduced musical theatre into my life in the early 2000s, back when she was a high school music and theatre teacher. My siblings and I also grew up listening to a lot of Disney Channel/ Nickelodeon Artists (“The Cheetah Girls” especially!), Motown records, classical music, and jazz as well, (Billie Holiday, Esperanza Spalding, Queen Latifah, etc.).

Growing up in a faith-based household, my parents didn’t allow much explicit r&b, rap, or hip hop. My exposure to those types of songs came from listening to the radio. In Akron, there is a radio station called 93.1 WZAK, “Cleveland’s R&B Hit Station,” where they would play artists like KeKe Wyatt, Fantasia, Jazmine Sullivan, Donell Jones, 112, etc. The only time I would hear those secular r&b songs was on my way home from school or in movies, so I always loved listening to music in the car and binge-watching films. I remember being in grade school, sneaking to listen to songs like “Darling Nikki” by Prince, “Beez in the Trap” by Nicki Minaj, and “Dance For You” by Beyonce; those memories are so silly to me. I guess you can say the songs influenced me to have a little edge in my personality. The lyrics in the records made me feel empowered and confident. The music gave me the feeling that I knew I wanted others to feel listening to my own songs one day.

It wasn’t until my junior year of high school that I finally decided to go for my dreams. Music was always a love of mine, but that was when I started to put forward the effort of actually making it a career. I started off by making Audio singing covers and posting them on YouTube. From there, I started posting singing videos on my Instagram, auditioning for different competition shows, and performing at talent shows around my city. I put out my first ever song on YouTube as well which was a big step for me at the time.

In 2019, I graduated high school and moved to New York City, where I attended the American Musical and Dramatic Academy, studying Musical Theatre. While in New York, I attended school during the day, and at night I would perform around the city at different open mics and venues. Through networking I made around the city, I got the opportunity to perform with the Women Of Color On Broadway alongside Melba Moore and Lachanze which was amazing! I was 18 years old at this time. During the pandemic in 2020, I started to release my own music more frequently, and I booked the TV show American Idol! I met so many amazing people while I was in Hollywood. I also take pride in myself for being the first person ever from my hometown of Akron, Ohio, to have actually made it on American Idol. My city was very supportive throughout my journey, and I greatly appreciate the supporters I gained from having that experience.

Since then, I have moved to Atlanta, GA, and I have been doing my best to reach my hands in all aspects of the entertainment industry. I recently have been working in the studio with artists such as Ne-Yo, Zae France, and Layton Greene, just to name a few. I have been getting into acting and modeling as well. Most recently, I have worked on “The Color Purple” (a Warner Bros. Film coming out in 2023) alongside Fantasia, H.E.R., Halle Bailey, and Taraji P Henson. I have modeled in a new Nickelodeon movie, coming out next year alongside Kelly Rowland, Rome Flynn, Omari Hardwick, and Marsai Martin. I am currently working on a Netflix Show directed by Regina King entitled ” A Man In Full,” as well as projects of my own that I will announce in due time!

Alright, so let’s dig a little deeper into the story – has it been an easy path overall, and if not, what were the challenges you’ve had to overcome?
Saying my life has been a smooth road would be a stretch.

When I was nine years old, my mother had to move to Atlanta, GA to take care of my family’s business after her older sister passed away. My family owns a school in Atlanta, and being that my two youngest sisters were old enough to attend at the time, my mother brought them down south with her. The majority of my life, throughout middle school and high school, I grew up with my dad, brother, and middle sister. Meanwhile, our two youngest sisters grew up with our mom in Atlanta for some time. They would come in town for holidays, recitals, and whatnot, but the lack of consistent togetherness between a family, as well as majority of the time being the oldest female in a household, can be a lot on a child who was barely hitting double digits. Throughout middle school and the beginning of high school, I struggled with my mental health as well as self-confidence due to the stage my home life was in. At the time, when it came to my music, the passion to create was there, although the openness to share what I created was not.

When I was sixteen, I built the confidence in myself to really go for my dreams. That was when I noticed a shift in my aura. From that point on, I had tunnel vision. I made all of my social media pages business pages. At school, I started to perform in more talent shows and musicals, I became the President of the choir, I would schedule video shoots and book myself for shows in between classes, and I also directed the first ever Black History program at my high school (Firestone). Everything I did from that point on was to prepare me for where I saw myself going in life.

Appreciate you sharing that. What else should we know about what you do?
I am a creative. I sing, play keys, write, act, model, and direct. Although, my first love is music. I really love making harmonies and writing lyrics that make people feel good about themselves. I would say I specialize in empowering other people.

As far as what separates me from artists today, I would say it is the fact that I’m able to take what I like from what I like and make an entirely new creation from that. Of course, I have major musical influences (H.E.R., Victoria Monet, Stevie Wonder, Capella Grey), but my biggest influences period aren’t even music-related.

I mainly look up to comedians. I love watching documentaries and reading biographies on artists like Dave Chappelle, Ellen, Eddie Murphy, Martin Lawrence, John Mulaney, Steve Harvey, Jimmy Fallon, etc. I admire their drive as well as their spirits throughout their own processes. I incorporate their persistence to get things done and open-minded strategies when creating my own projects. I love how they don’t box themselves into one category and how they’ve opened themselves up to every aspect of the entertainment industry, just like I am working to do for myself.

Is there anything else you’d like to share with our readers?
I’d like to first thank God for giving me the gift of a voice. Not just in song, but the ability to connect with like-minded individuals, the gift of leadership, and being able to have meaningful conversations with others. Thank you, God, for walking with me every day.

To my parents, thank you for providing all that you have for our family and for supporting me. I love you both.

To my siblings, you guys are the reason I do everything I do. I’m so proud of everything you have done and will do in the future. I am honored to be your big sister! I love you the most.

To those in my hometown of Akron, thank you for your continued support throughout my journey thus far! We have done a lot, but I haven’t even scratched the surface of where I am aiming to go. I represent where I’m from in everything I do!

Much love to everyone.

To my online supporters, you guys keep me going! Thank you for showing love on my projects; it really means a lot to me.

To the industry, I’m coming for you 😉 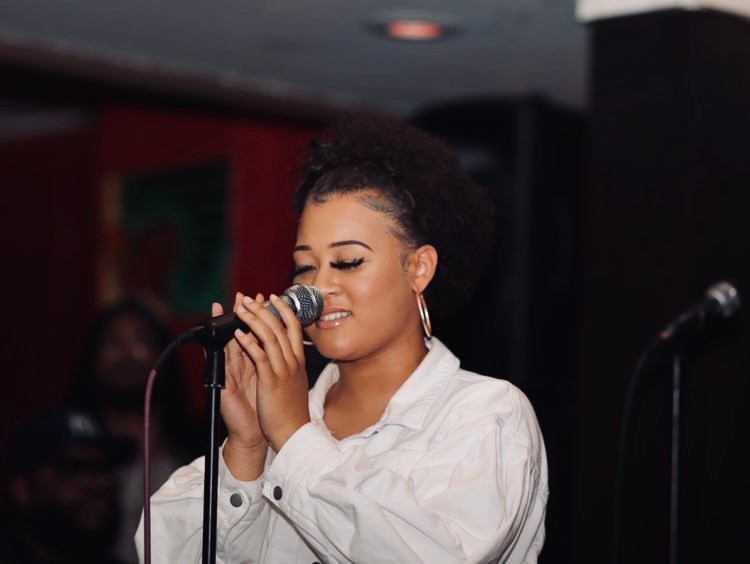 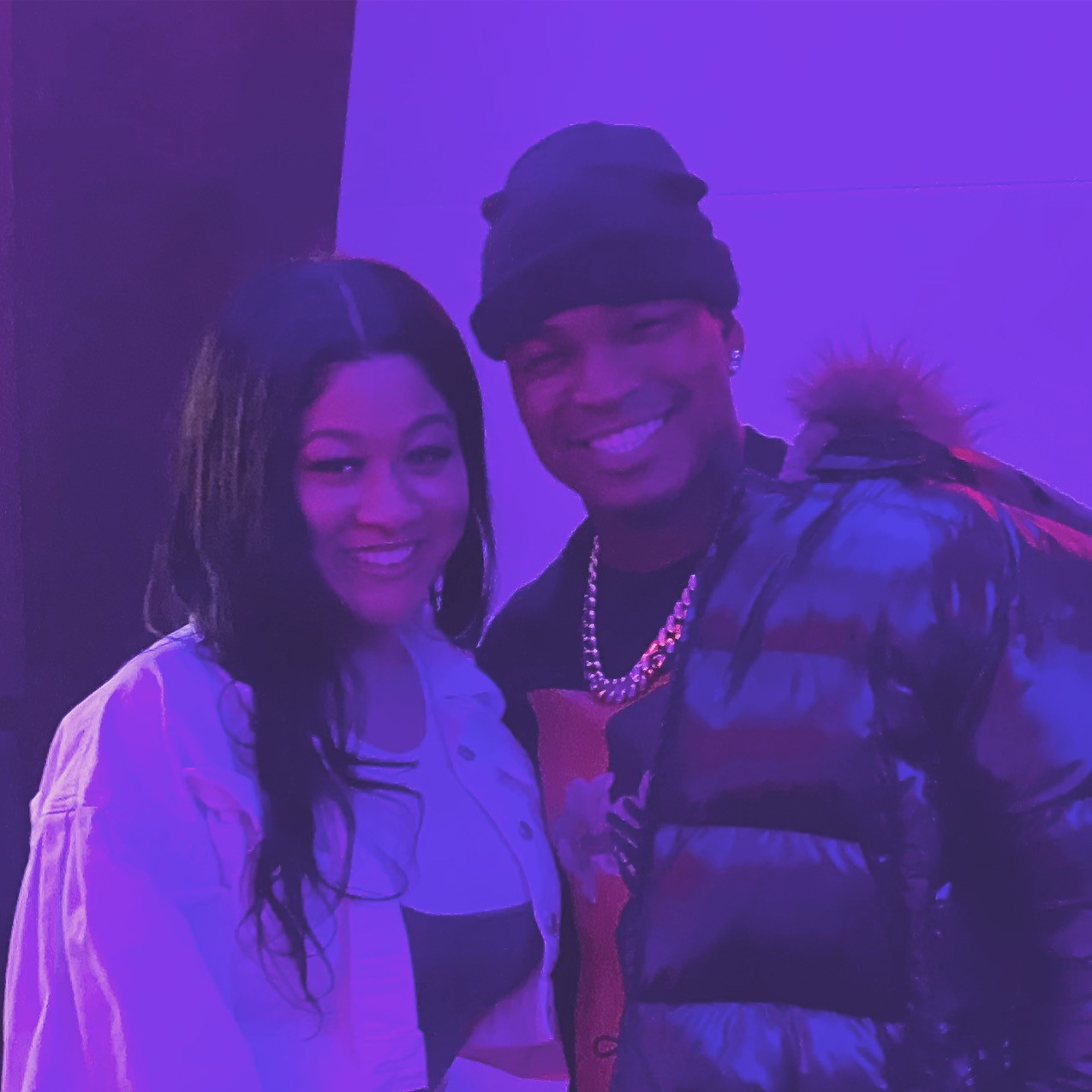 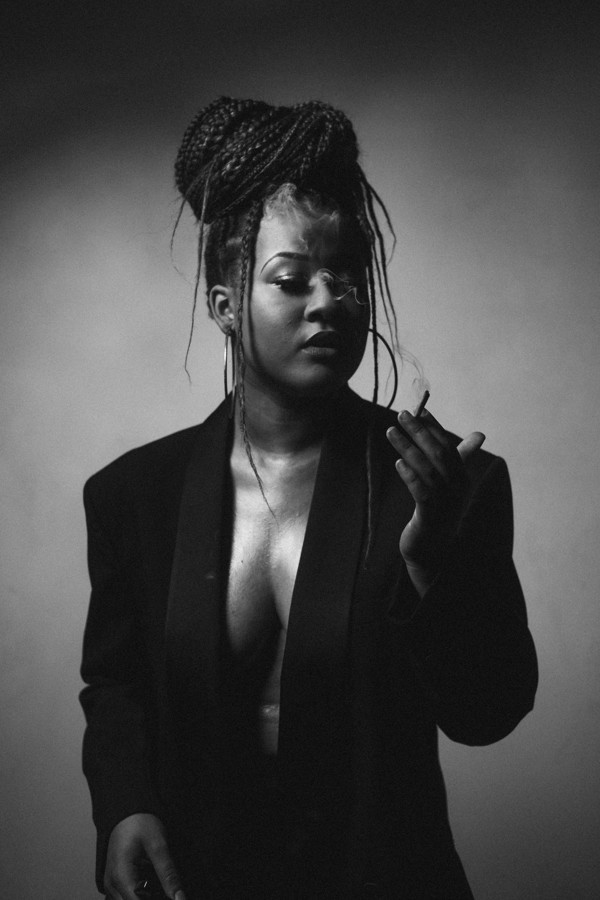 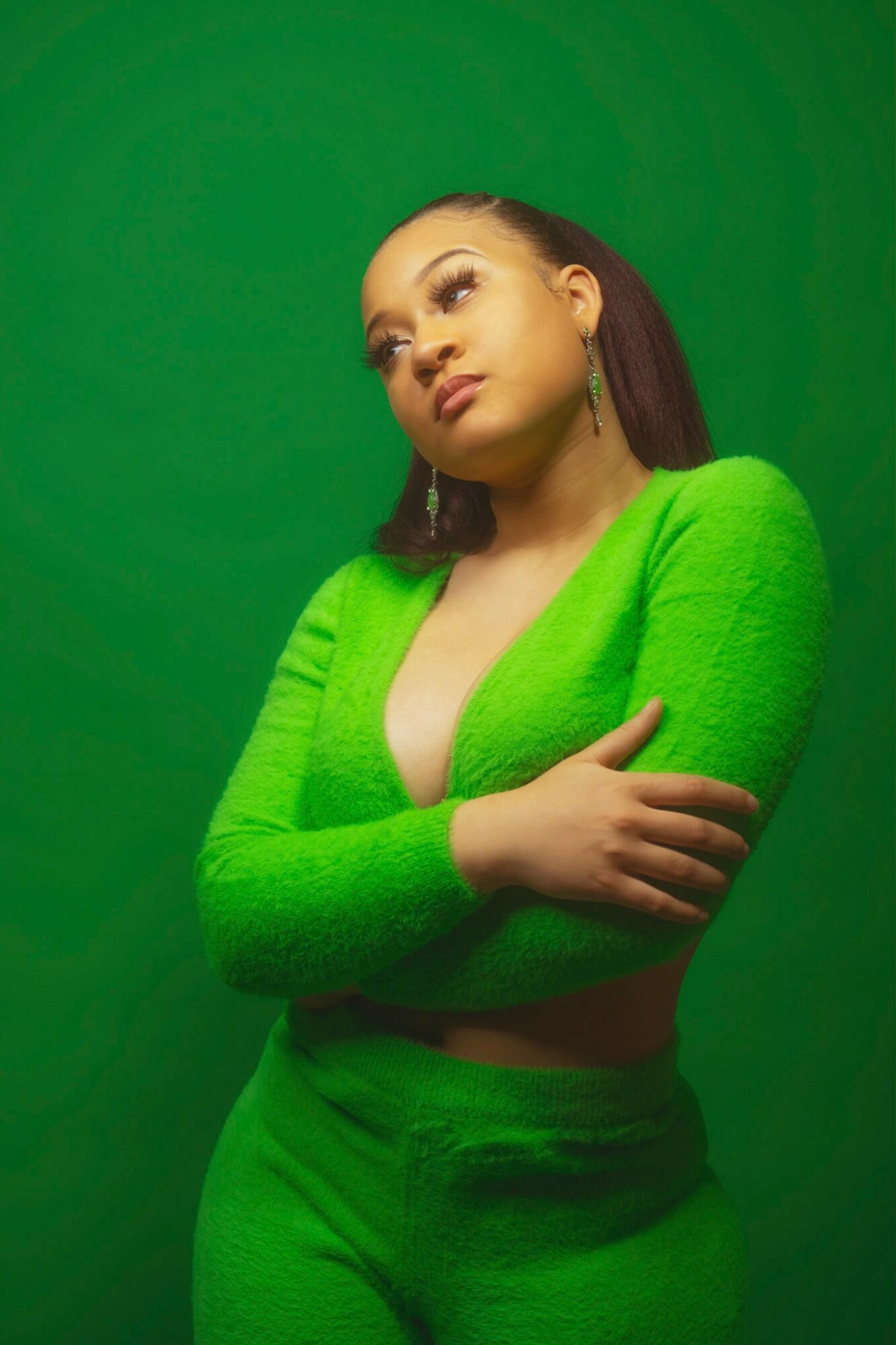 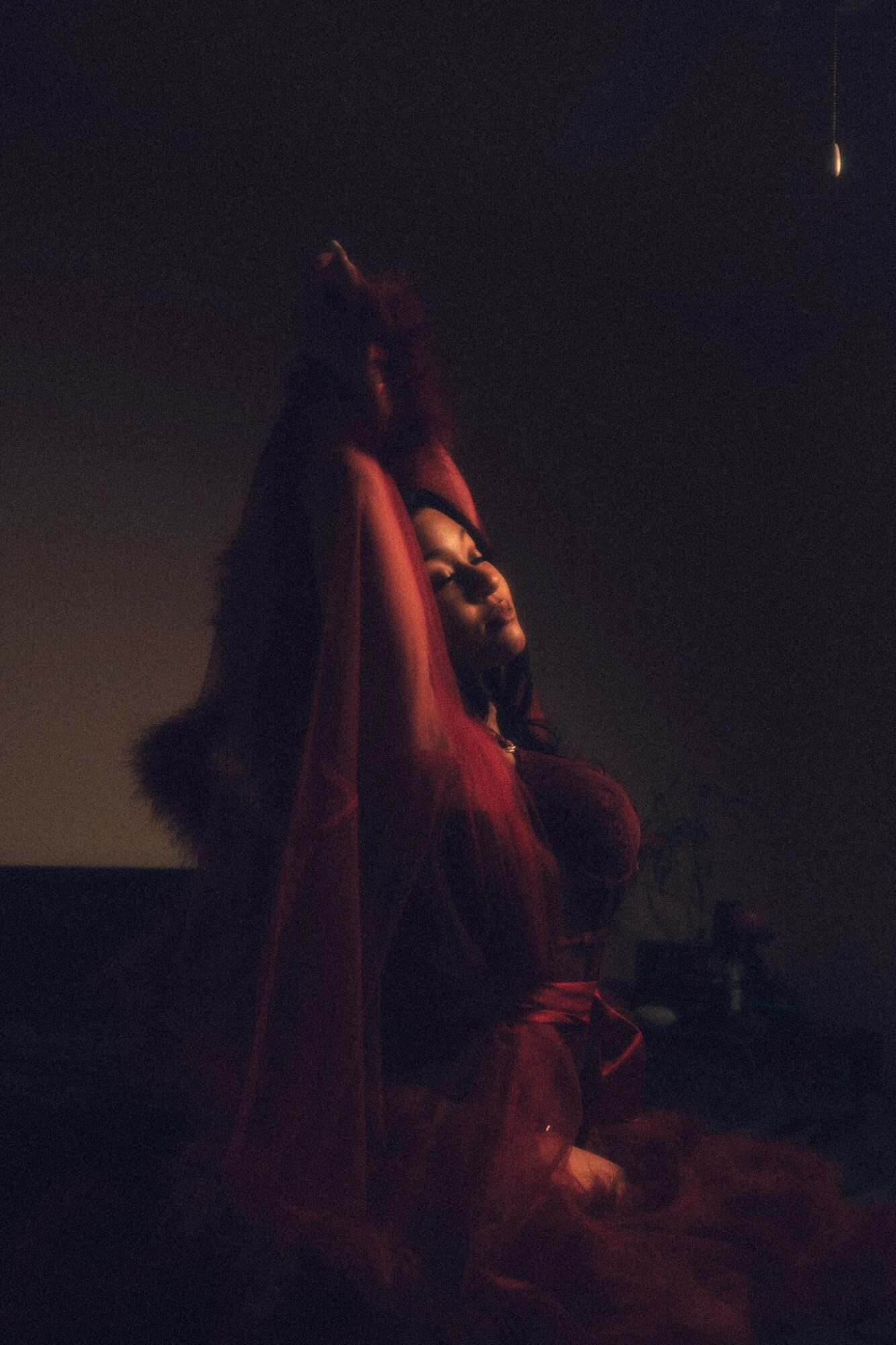 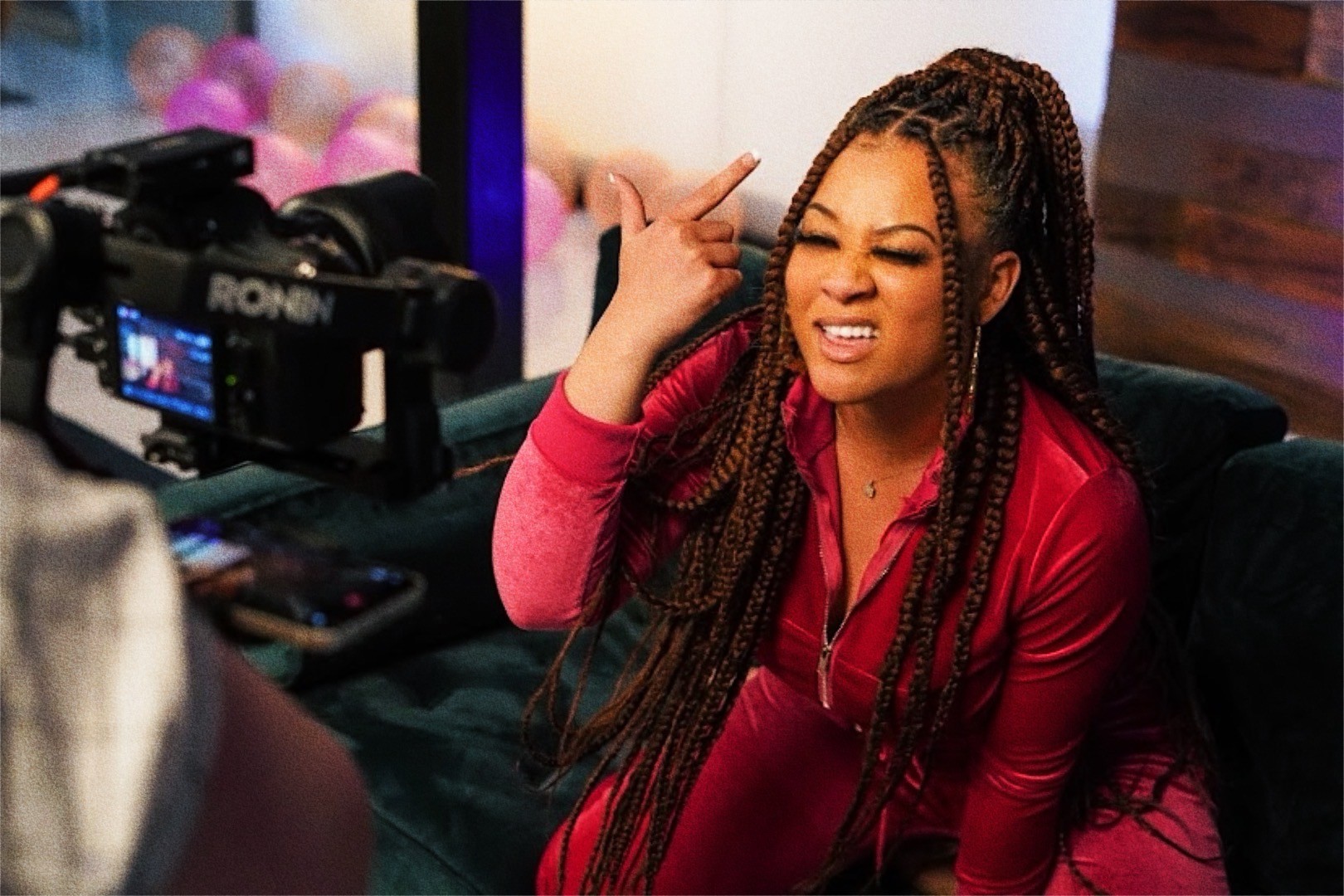 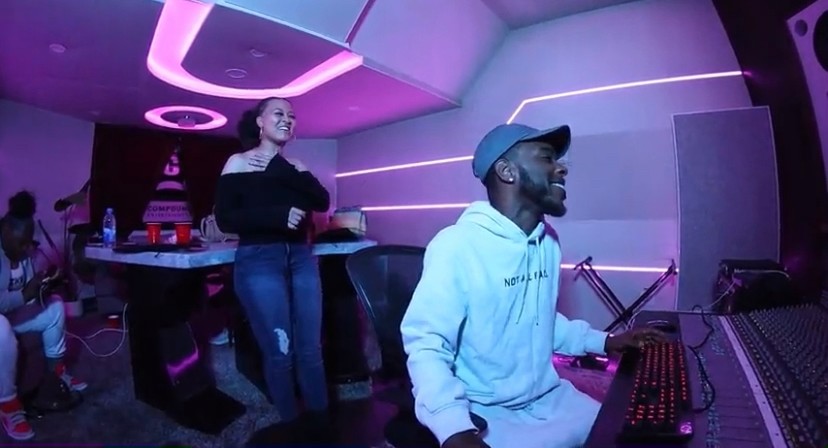