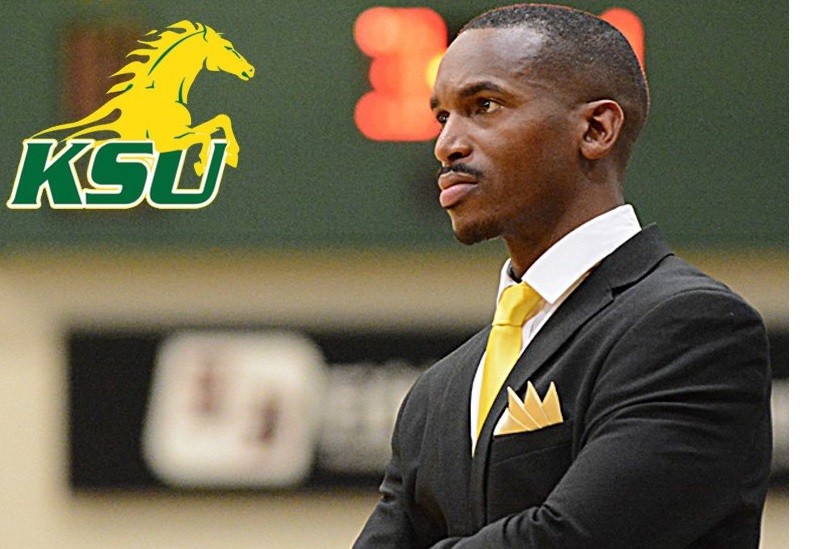 Today we’d like to introduce you to Jamaal Jackson.

Hi Jamaal, we’re thrilled to have a chance to learn your story today. So, before we get into specifics, maybe you can briefly walk us through how you got to where you are today?
I was born in Canton, OH, but I moved to Columbus at a young age. I’m the son of a high school coach, so I’ve known for a long time that I’ve wanted to coach. During the 1998-99 season, I interned with The Ohio State University Men’s Basketball Program. That season, we went to the NCAA Final Four. At that time Jim O’Brien was the head coach. I just did anything in the office that the coaches or the executive assistant, Debbie Cacchio, needed done. I learned a lot about some of the administrative aspects of a program. I attended college at Kentucky State University. That’s where I was truly immersed in to the profession. I began as a team manager in 2000-2001 season. Along with performing the managerial duties, I spent day and night in the basketball offices with the coaches and in the gym with the players. The coaches probably thought that I was crazy because I was hardly going to class. I was working guys out, breaking down film, traveling with them on recruiting trips, I was just fully engaged. Something that I remember well was on the afternoon of each game day, our head coach, Winston Bennett, liked to play a game of full-court 1on1, to 100 points and it was one of my many duties to be his opponent. That season, we won Kentucky State University’s only SIAC Championship. I continued with the program and I eventually played during the 2003-04 season. In 2004, then head coach Thomas Patterson hired me as an assistant coach, and it was purely based on the work ethic and loyalty that I showed during my time as an undergraduate.

I continued at KSU as an assistant for four years before moving on to another NCAA Division II institution, Stillman College, where I worked for Michael Grant. I had gotten married a year prior to moving to Tuscaloosa, and the assistant position at Stillman was part-time. For the three years that I was there, I worked at three different schools as a special education para-educator. The year before we arrived at Stillman, they were 1-27. We went 7-20 our first season, 18-11 our second season, and 24-8 my final season there. That final season, we lost in the SIAC Championship Game and won two games in the NCAA Tournament before we lost in the South Regional Championship. Michael Grant was probably the most organized person who I have ever worked with. He planned well in advance and kept things simple. It was also at Stillman that I learned how vital it is for an entire institution to be aligned if success is to occur in any program.

As we were going through conditioning to prepare for the 2011 season, in September, I found out about an available head coaching position at a school called Bluefield State College in WV. A year or two prior to that, I was waiting for a flight in Houston and struck up a conversation with a man named Greg White. Greg had coached at Marshall University, UCLA, the University of Charleston, and was at that time I believe a consultant to the president of the University of Charleston. We spoke for about an hour and went our separate ways. Fast forward a few years later, and I called Greg to ask him about this position at Bluefield State College. It turns out that he was extremely connected. Before we got off the phone, I’ll never forget, he asked “are you sure you want this job?”. I replied that I did, and I didn’t quite understand exactly why he asked until later on down the road. I ended up interviewing and getting the job on an interim basis, and I know that Greg had a lot to do with me getting the job. I like to tell this story to young people because that conversation in an airport terminal had a huge impact on my life. You never know who you’ll meet, so the way you present yourself and speak to people is very important, at all times.

As I said, I got the job at Bluefield, but on an interim basis, so I was betting on myself. My wife stayed in Tuscaloosa with our children, who were 1 year old, and 5 months old at the time. I arrived in Bluefield on Thursday, October 13, and the first official practice was October 15. The evening of the 13th, I met with the team, which consisted of 6 players. Those next two weeks, we worked on filling the roster with anybody on campus who wanted to be on the team and had any athletic ability. Bluefield State College was a commuter college, with no football, so there were not many athletes on campus. Following that first season, President Blevins removed the interim tag and I was named head coach.

As I said before, Bluefield had no dorms. There is a motel about 5 miles from campus where a majority of my players and other student-athletes stayed. There was a cafeteria on campus that sold lunch, and a pseudo-kitchen/restaurant in the motel where students could sometimes get food. It was definitely a unique experience. We drove vans to all of our games. Imagine driving 3-5 hours in southern West Virginia, in the winter months, after coaching a basketball game! I can look back and chuckle now, but that was very dangerous for me and our athletes. I remember driving back to Bluefield from Oakland City, IN, and getting caught in a snowstorm and having to stay in eastern Kentucky overnight. We had a lot of episodes like this, and by the grace of God, we weren’t hurt. That is what Greg White meant when he asked me if I was sure I wanted this job. We were competing against some top tier programs, while we were operating on scraps. We got some hungry, overlooked players in the program, and progressively won more games before winning the most games that had been won there in a season in 20 years.

In spring 2016, the job at my alma mater came open, and I applied. I interviewed on Skype, (who knew how much we’d be using the technology 2020), and was invited on campus for an interview. From the way things felt during the on-campus interview, I think that the job was already mine. I’ve been here ever since, where we are building the program every day and developing our young men.

We all face challenges, but looking back would you describe it as a relatively smooth road?
It has definitely not been a smooth road, but walls and barriers can be broken, and the rubble can be used as stepping stones. When we moved to Tuscaloosa, we were broke, and even with both of us working, we had very little. We found a way to make it through, though. In Bluefield, we competed in one of the top Division II conferences in the country, the WVIAC, which has since disbanded. I remember having about 3 or 4 teams in our conference ranked in the top 25 of the country. We were recruiting players to a 1-gas station, coal mining town, no dorm having school in southern West Virginia, but they believed in themselves and they believed in us.

Here at Kentucky State, in 6 years, I’ve worked under more presidents and athletic directors than is usually the case at most colleges and universities. That instability can be challenging, and those constant changes are felt by the students. We strive to maintain a sense of stability and consistency for our students, so that they are never confused about or have to question expectations, standards, goals, or most importantly, their trust in us.

I am the type of person who likes to find solutions and look on the bright side of things. I think that something that I started doing a long time ago and continue doing now is recognizing the obstacles, challenges, and shortcomings that we face, and, instead of complaining about them, finding a way to make improvements and, I’ll never forget that Winston Bennett would always say, “just find a way to get it done!”. I think that I am relentless and persistent in that aspect, not giving up, and finding a way to get it done, regardless of the obstacle.

I’m blessed to be doing what I do, where I’m doing it at, and wouldn’t give it up. Any challenges or obstacles that I’ve faced have made me who I am today, and I love who I am and where I’m at.

Can you tell our readers more about what you do and what you think sets you apart from others?
I’ve been involved in college basketball in some aspect since 1998, more than 24 years. I’ve held pretty much every position that you can in a college basketball program; intern, manager, player, assistant coach, head coach. Because of that, I have built up a very diverse set of skills that are useful in getting things done. There are so many functions and moving pieces within a college basketball program, and I was blessed to have worked with head coaches who allowed me to learn and be involved in every aspect so that I’d be ready when my time came. A lot of coaches will only allow their assistants to recruit, or work out players, or have limited duties. I didn’t come up like that and I’m thankful for that. Right now, I’m probably most proud of how we run a complete program. Along with competing on the court, we develop our guys holistically. Our guys earned a 3.28 GPA in this past fall semester, which we’re proud of, it was our second semester in a row with a 3.0+ team GPA. We prepare our guys for life after basketball with our career shadowing program that was recognized by the NCAA, and we bring in numerous speakers for the guys. Our program was a finalist for the NCAA Award of Excellence for our community service efforts. We don’t cheat the rules, and as a staff, I feel that we set a good example for our guys. Our guys leave here and play pro ball, work in real estate, are state troopers, and are leaders in so many other ways. I like to think that their time in our program has something to do with that.

How can people work with you, collaborate with you, or support you?
I’m always looking to learn new things, and allow our players to learn new things. If you’d like to speak to our team, I can be emailed at jamaal.jackson1@kysu.edu. We have four core values in our program; selflessness, toughness, accountability, and commitment. These core values can be carried over to the workplace and if you are hiring, we have players who will graduate ready to contribute to your company or organization.

We’re always trying to improve how we’re able to take care of our players so that we can put them in the best position to be successful. Covid and the recession has hit us hard financially. We appreciate all donations. If you’d like to support us, go to https://www.kysu.edu/brand-identity-and-university-relations/institutional-advancement/givenow.php and under the Designation tab, choose other, and type Men’s Basketball, or send a check to: 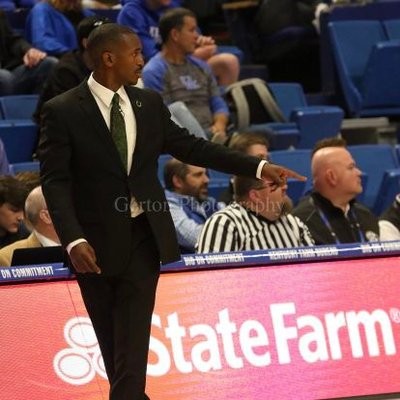 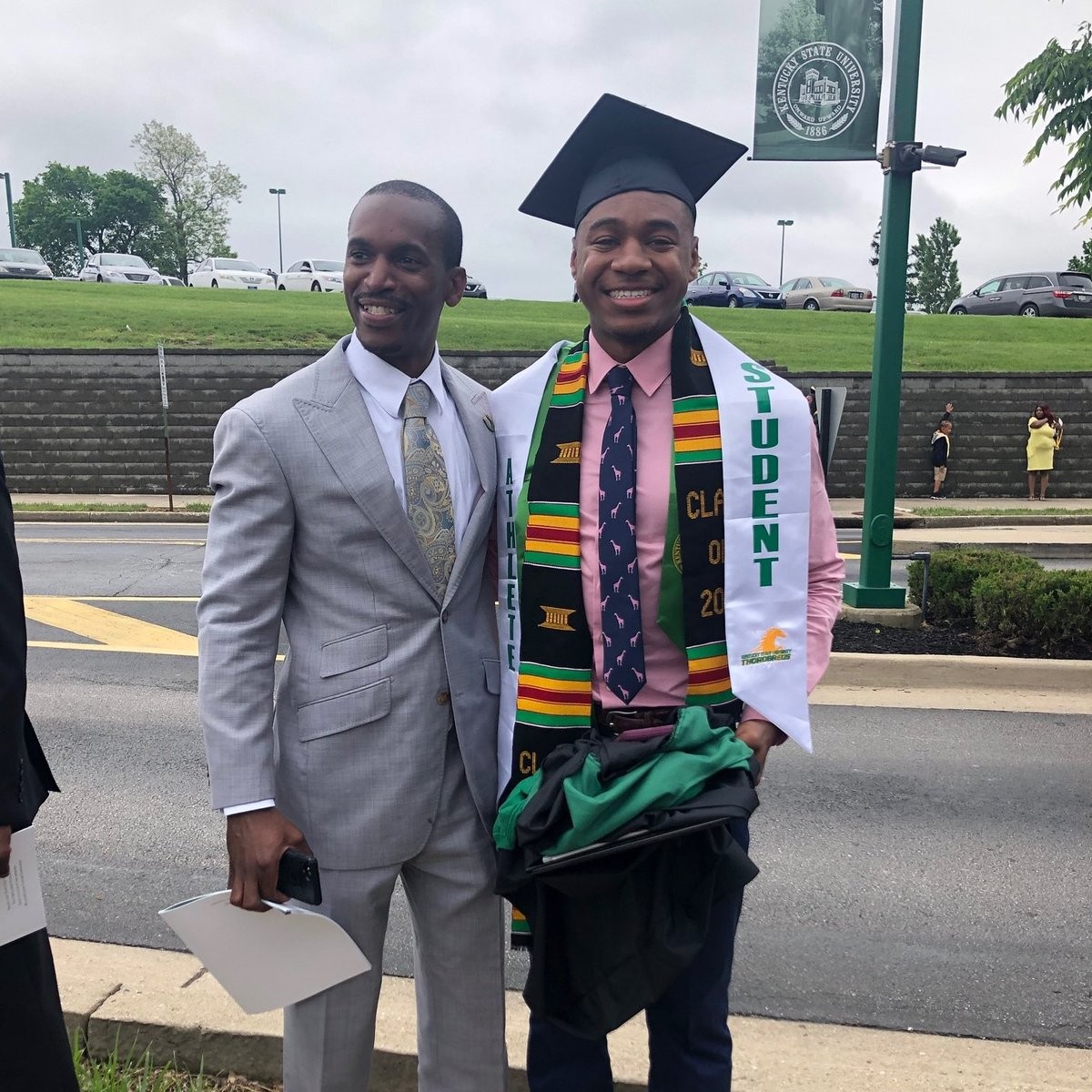 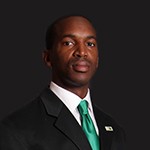 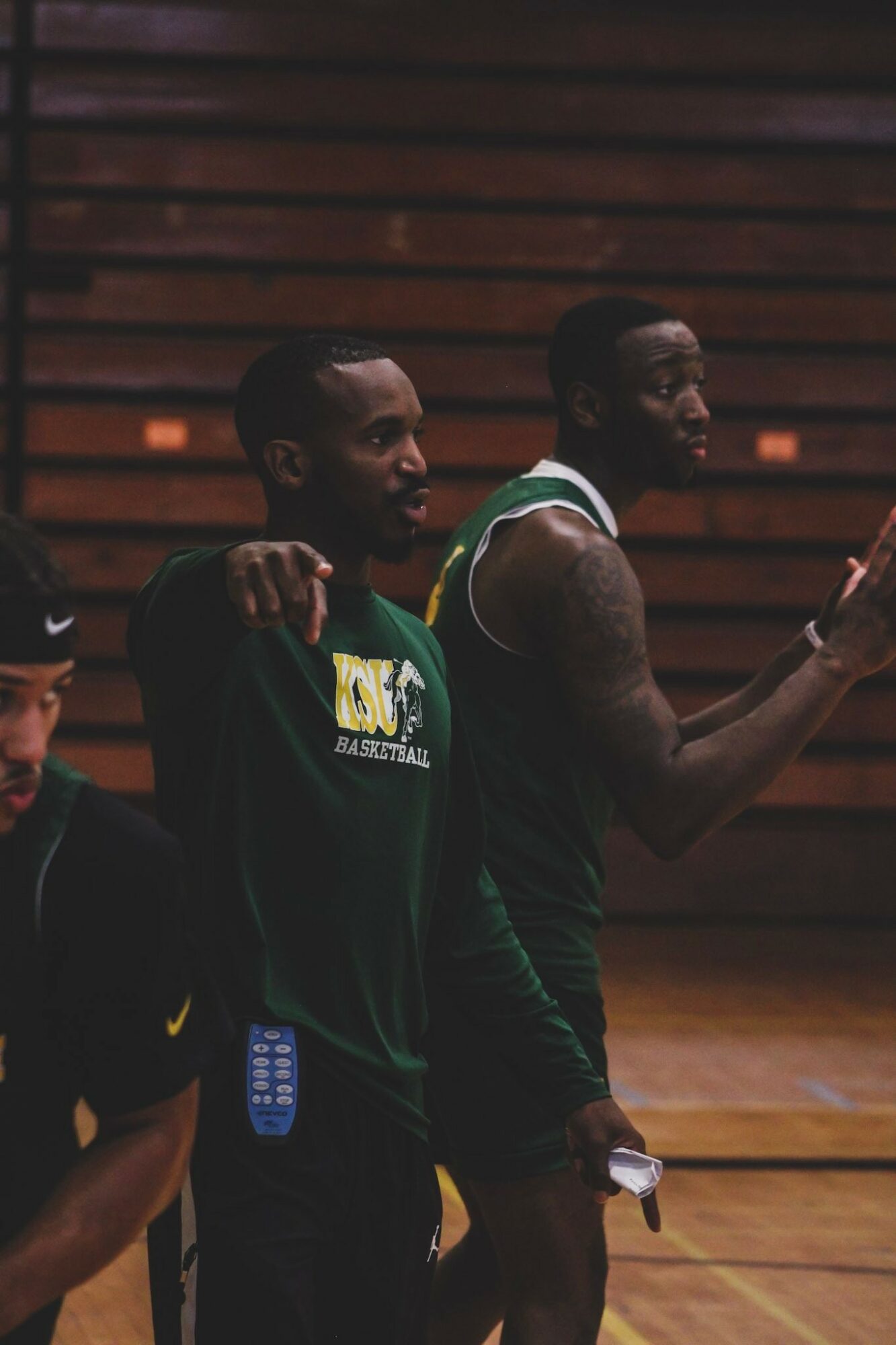 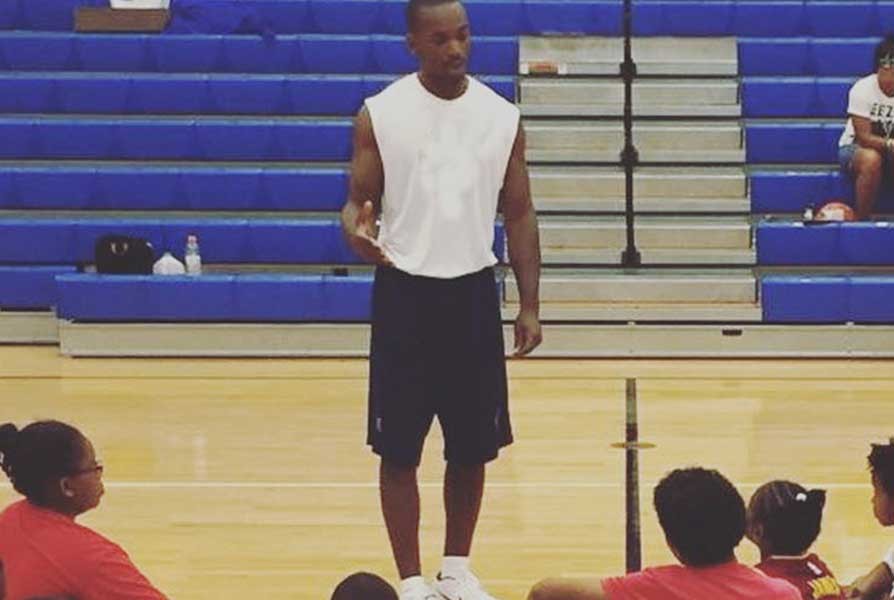