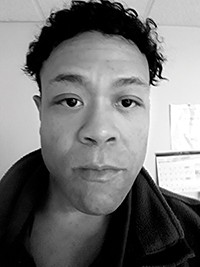 Today we’d like to introduce you to Eric B. Author.

Alright, so thank you so much for sharing your story and insight with our readers. To kick things off, can you tell us a bit about how you got started?
REALM OF THE INVADER (Night Crusaders Series Episode 2, History of Draegahn Part 1) is a story about alien invasion, devastation, tyranny, oppression, persecution, and resounding triumph. Lord Draegahn from the planet Plaxia descends upon late 23-century downtown Chicago under the guise of a friend but with aspirations of total world domination. Siris — former friend, now prisoner of Lord Draegahn — has lost his military position, his career, and his freedom. While wrongly convicted in Lord Draegahn’s dungeon, Siris befriends four likewise imprisoned Earthlings, who are destined to rise from the ashes of the alien invasion to become Earth’s newest superheroes of the third millennium: Night Crusaders.

In Realm of the Invader, we will see Siris’s journey prisoner of injustice, a fugitive, an abated former soldier, a military prisoner, and a military commander. All the while, he is a mentor to his four Earthlings friends, whom he sees as a new hope for planet Earth.

My journey to published author started at an internship I had when I was in my early 20s. I was at a brainstorming session — where I was told no idea is a bad idea –, yet I had absolutely nothing to contribute. My mind was blank throughout the entire session. Then on the train ride home from work, I suddenly had a flurry of ideas that would have been useful at the brainstorming session that morning. I was very upset because of this.

I made a vow to myself that morning that I would never again be too far away from ready and available pen and paper, so I can be ready to write the moment inspiration struck.

Gleaning my own experience getting employed via volunteering resulted in the summer of 2009 publishing of my first book: Why Volunteers Get All The Breaks. The adrenaline rush of actually publishing that first book resulted in me wiping the dust off of a manuscript I started years earlier, titled Big City Railroad.

Unfortunately, the manuscript got shelved again in June of 2011 when I was struck with the desire to create my very own superhero. I originally creating imagined a comic book series. But since I don’t know any who BOTH is an artist AND as committed as I am to the projects I was creating, I realized I was going to have to go alone on this. And because of that, I needed to go with the medium I had already started getting to know: book publishing.

In the summer of 2011, I started the creation of three manuscripts for a new band of superheroes I created, who would years later be renamed Night Crusaders.

But by spring of 2012, I started to realize it would be YEARS before any of these superhero series stories would be ready for publishing. And I wanted a new published work NOW. So, in the summer of 2012, I dusted off once again my Big City Railroad manuscript.

I realized that no one was going to be interested in reading an entire book of me talking about the merits of riding the big city rail vs. driving your car. So, I did something I did not do on my first published book: experimented with creating characters.

In the summer of 2013, I changed the name of Bity City Railroad to The Great American Adventures of Modern Big City Railroading. I published it in late 2013, and it was released in January of 2014.

Now I got back to work with the Night Crusaders series. Starting in 2014, I added more manuscripts to the series, and by 2019, the series had TEN unpublished manuscripts in varying degrees of readiness for publishing (most of them far from ready).

My third published book, and first published book of the Night Crusaders Series, was CULT OF STEIPHEN, released in April 2020. Episode 2, which is part 1 of the 2-part History of Draegahn story, is called REALM OF THE INVADER and was released in March of 2021.

Episode 3 (History of Draegahn Part 2) is almost finished. I just need to read through the manuscript one more time. Then I’ll consider it ready for publishing.

After that, I will still have several more Night Crusaders series stories to publish. Also, I’ve begun a concept for a sequel to The Great American Adventures of Modern Big City Railroading. And I might create a second edition to Why Volunteers Get All The Breaks.

Can you talk to us a bit about the challenges and lessons you’ve learned along the way? Looking back, would you say it’s been easy or smooth in retrospect?
Oh, there have been many bumps on the road an obstacles for sure! For one, as a writer, I always inevitably ask myself, “Do I really have something to offer to readers via what I’m writing?” As an artist, you need a public that will react to the art you are creating.

Another struggle is the funding. I decided a long time ago I was going to go the subsidy publishing route because I simply refuse to wait years to attract the attention of perspective agents, who will spend years attracting the attention of perspective publishers, who will spend years deciding whether or not they will publish. Every decision has a price tag attached to it, and my decision to go the subsidy publishing route is I have to come out of pocket to publish, and pretty much handle all publishing matters myself. I guess I could just do desktop publishing, but I’d rather use an established publishing company. My philosophy is, “Let others do what they do best, and you do what you do best.” I do writing best. I hire people who do publishing best to publish for me.

And then there’s the fact that this authoring business has not exactly been paying all of my bills. So, I have to have a day job (or in my case, an overnight job) to take care of the costs of daily living and author as a hobby rather than a full-time profession. The challenge with that is you need to learn to make situations like that work FOR you rather than AGAINST you. I use my job as well as other aspects of my daily life to help me find even more inspiration for my present and future stories.

Another challenge is inspiration. It doesn’t always come when you want it. I’ve had stories that I’ve read three, four, five…even ten times without adding anything to them, simply because I didn’t have any new ideas. You’ve gotta just stick with it and be committed. Don’t force it, though. You have to practice what I call “patient persistence”. That means being patient and persistent at the same time. That means always getting to work with something…but maybe not THAT particular project for the time being because it’s not going anywhere right now. But just because one project is somewhat halted doesn’t mean there aren’t others to get to work on. A true artist is always busy with several projects at any one time.

But the number one obstacle is myself. You see, when you spend years working on a book — and I haven’t met the book that does not take years to write — the are many opportunities to start doubting yourself and wondering if you are wasting your time and “Who’s gonna read this garbage I’m writing?” and so for, and so on. As an artist, you have to learn to trust yourself and believe in your ideas and your instincts. But most of all, you need to have fun with whatever you are working on. If an artist is not having fun with what he or she is creating, chances are their audiences won’t enjoy it much either!

Alright, so let’s switch gears a bit and talk business. What should we know about your work?
I am a patient transporter at one of the biggest and most respected hospitals in Cleveland. I’m proud to say in my short time there, I have won two awards for my performance.

What I’m most proud of is I made the move that I needed to make in my life. It’s not easy to uproot yourself and move to a new job, in a new city, with a whole new life, and so on. But I had already spent three years in a job that felt suffocating to me, and I needed a change.

I think what set me apart from others is I don’t live for approval as much as many people that I know. I do what I do because that’s what I like to do, not because someone else does or does not approve of it.

We’d love to hear about what you think about risk-taking?
Taking risks is an absolute necessity in life. Sooner or later, all of us will approach one or another situation in life where taking a risk is the right decision to make. My biggest risk in life was moving from Chicago — where I had been living most of my life — to Cleveland, as well as the new job I took, which made the move necessary. I couldn’t have been more happy because now I’m closer to my friends, whom I had been crossing state lines for years to visit, and I’m in a job that makes me a lot happier than the one I left. Sure, there’s much I miss about Chicago, but I don’t miss living there. Or working there.

Fear is the biggest reason people shy away from risk. Sometimes, as our lives become more miserable because of our fear of embracing the risky thing to do to get out of our current situation, we actually convince ourselves the being comfortably miserable is the lesser evil. That’s almost never true. But, again, you have to take a risk to get out of that comfortable misery. 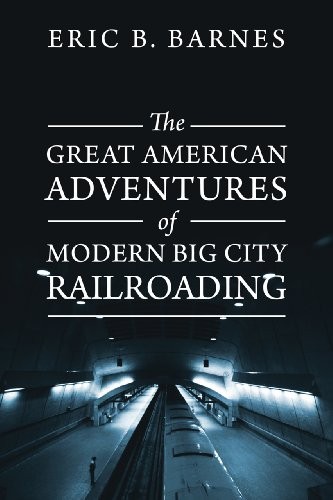 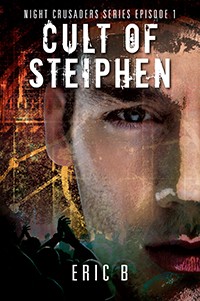 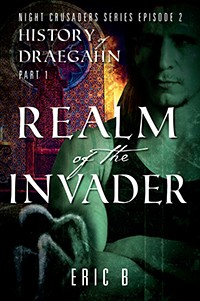 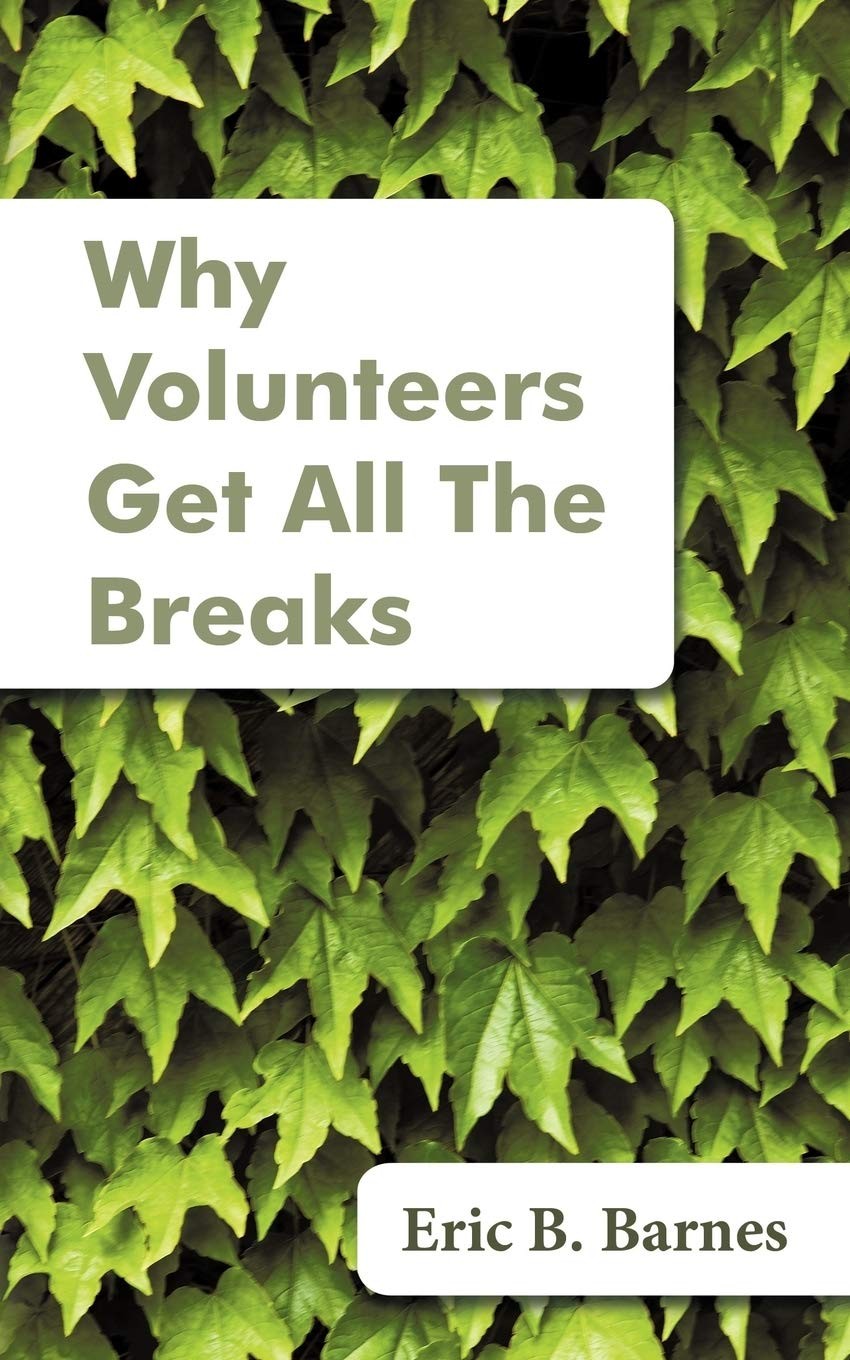