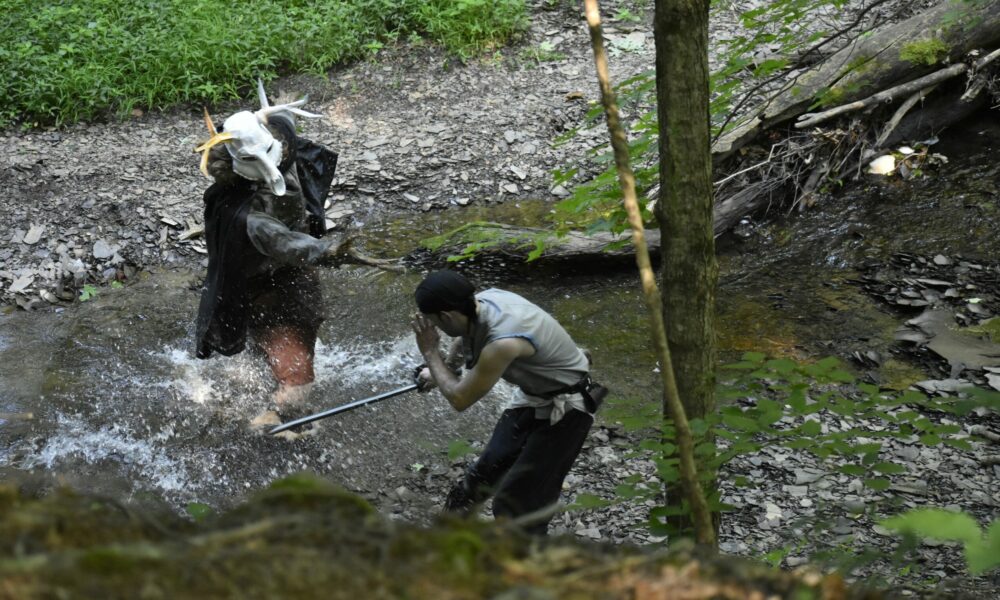 Today we’d like to introduce you to Camryn Santos.

Hi Camryn, so excited to have you with us today. What can you tell us about your story?
When I was in high school and working for my local Scouts, BSA camp, I was introduced to Dungeons and Dragons. My coworkers and I would hold sessions every night at camp, and I eventually carried the tradition over to my friend group, where we’d continue the tradition with a weekly session. It wasn’t long, however, before I began exploring YouTube for inspirational music, character design ideas, and other concepts, and that’s where I ran across a few assorted videos on LARPing that caught my attention. After showing these to another friend who lived nearby, we began carving swords, axes, and other weapons from spare lumber, and we’d spar with them after school virtually every day, rain or shine. He ended up moving away about a year later, and though my focus returned to D&D, the concept of live-action iterations of the adventures and combat of the game always remained in the back of my mind.

Fast-forward to my first couple months of college: I was working as a barista at the coffee shop on campus, and as I was prepping an order for a customer, they struck up a conversation with me and eventually asked if I knew what LARPing was. I excitedly answered in the affirmative, and they invited me to an upcoming event at the LARP they played. For the next few days, I’d visit their apartment to pour over the game’s rules and plan out a costume, and eventually, one of my D&D friends joined in, and we began to build our first “boffer” swords–simulated weapons built with a PVC core, pool noodle padding for the striking surface, and duct tape to hold the pieces together.

We managed to convince another member of our D&D group to join us for our first event and made the long drive to Portsmouth, Ohio, where the event was held. We arrived rather late, feeling like fish out of water, but quickly dove into the action. However, for the sake of cohesive role-play, the person who had initially invited us did not generally interact with us, thus leaving us to our own devices. Overall, we had a blast together, and the experience drastically impacted our perspective on role-playing games in general. Unfortunately, though, my companions’ schedules seldom cooperated with those of the LARP, leaving me to generally attend them on my own.

After about a year or so of attending weekend-long events two or three times a month and experiencing the positive and negative elements of the social structures, cliques, and prejudices that accompanied that side of the experience, I began to consider developing my own rules system, but struggled to secure a partner in the endeavor; after all, it’s an extensive and trying process that is best done with multiple people to bounce ideas from. Shortly thereafter, though, the local chapters of that LARP organization collapsed or otherwise as the national franchise was wracked by a series of internal conflicts, leaving countless players without events to attend.

It was around this time that Cory Carrington–a fellow player at the time–took interest in the idea of creating a LARP of our own, and we quickly set to work on forming the initial set of rules and developed the basic structure of the setting of the game’s world. The process took roughly six months of active work before a rough draft was completed, and we held our first event in August of 2013, which was attended by a number of familiar faces from our previous adventures, along with several new ones.

In recent years, we’ve expanded our team–Now, several volunteers aid in planning and presenting plot at our events (one could view them as Dungeon Masters from D&D), others devote their time to aiding new players in learning the rules and getting a feel for the experience, some function akin to customer service representatives to help tend to various inquiries outside of events, and there are also those who attend biweekly meetings to review and ensure the rules are mechanically balanced to allow for an immersive, fun, and fair experience for all.

We all face challenges, but looking back, would you describe it as a relatively smooth road?
Running a LARP is certainly not an easy task by any means. Quite often, staff members are forced to wear multiple hats in order to meet the needs of the organization, and each requires a specific set of skills to ensure the job is done correctly and at the highest quality possible.

The greatest challenges can vary by who one might ask, but I personally find content development, financing, and marketing to be among the greatest challenges for the task. Plot makes up the meat and potatoes of a given event–it provides the driving force for the event and often ties into past or future events as well. It is often specific to the in-world setting and current events thereof. However, lesser plot, random encounters, and the supporting characters (NPCs) all play into this as well. To make matters worse, there must be sufficient content to entertain and drive the story for large groups of participants for the course of a weekend, and that’s just for one event! Naturally, burnout and creative blocks can happen, making this particular job rather taxing on those who take it on.

Funding an event–from the website-related expenses, specialized software that might be used, and electronic equipment like walkie-talkies, printers, and computers, to buying and maintaining costumes, armor, weapons, and props is its own kettle of fish. LARPing as a player tends to be a fairly expensive hobby, but ensuring there’s enough quality equipment for a small team of 10 or so people to each present numerous characters throughout a given event can be rather intimidating. To this end, Gisido tends to operate on a mentality of “make the most with what we have” by utilizing creative thinking to apply otherwise basic or even seemingly poor-quality costuming to create convincing creatures and immersive scenarios. Venues tend to be the most difficult part of funding our events, however. Especially following COVID lockdowns, most campsites have been forced to raise their rates to compensate for the lack of income and inflation.

Marketing–though challenging–is probably the most readily-addressed difficulty we may face. Most LARPs’ marketing is done through word-of-mouth, but developing an online presence is also rather helpful! Thanks to some skillful photographers, higher aesthetic quality standards than most competitors in the area, and a basic understanding of social media tagging has allowed Gisido to develop an online presence that has allowed us to gain at least a small degree of international recognition.

Thanks – so what else should our readers know about your work and what you’re currently focused on?
Professionally, one might refer to a LARP as an interactive team-building retreat with an immersive, fast-paced environment focused on conflict resolution, communication, and problem-solving. However, most mainstream depictions show ragtag groups of fighters in local parks or the stereotypical D&D players in cosplay performing strange rituals in the woods. In reality, LARP is a bit of both, but Gisido breaks the typical mold of American LARPs which usually sacrifice production quality and world design for the sake of focusing on the extreme fantasy elements of a fantasy world. Whereas many American LARPs often opt for minimal costumes in the form of a masquerade mask and colored tabard to represent a given monster, Gisido relies on body makeup, masks, and layered garb or full-body costumes to present more convincing creatures for participants to interact with. Likewise, where other LARPs may be inclined to promote a “fight first and ask questions later” mentality, Gisido’s writers produce content to ensure the world is more realistic by providing our NPCs with their own lore and motivation, limits and morals, general senses of self-preservation, and a willingness to talk their way out of situations. Similarly, the conflicts of Gisido are more akin to those of the real world: While some LARPs prohibit any sense of even a fictional religion, our writers find that faith can be a driving force for character motivation, morals, and conflicts between people or even nations, and thus, we’ve developed a rather extensive pantheon of fictitious gods which our players may elect to follow as their characters. Finally, most LARPs operate on a “lightest touch” system which effectively promotes an unrealistic combat style wherein speed and skill mechanics outweigh realism and practical skill in terms of importance; whereas Gisido’s moderate contact system maintains the safety of limiting force of blows and where one may strike their target while offering a more realistic simulated combat style that requires fighters to take greater care in their engagements. This system also offers the benefit of including weapons and combat styles seldom seen elsewhere, such as flails, nunchaku, tonfa, bows with foam-headed arrows, unarmed combat, and event catapults! We are rather proud to be the pioneers of LARP-safe unarmed combat in the Ohio area.

We pride ourselves on offering a quality, immersive LARP that is fun, affordable, and welcoming to everyone!

Where do you see things going in the next 5-10 years?
If the past several years may offer any indication, it appears as though LARPing will continue to grow more popular as it gains additional mainstream attention and D&D’s popularity continues to rise. However, it will continue to compete with Virtual Reality in regards to drawing new attendees.

Interest in a greater focus on production quality, immersive costuming standards, and even the implementation of realistic combat styles, including the use of unarmed combat also appears to be on the rise and will hopefully continue to spread throughout the US. 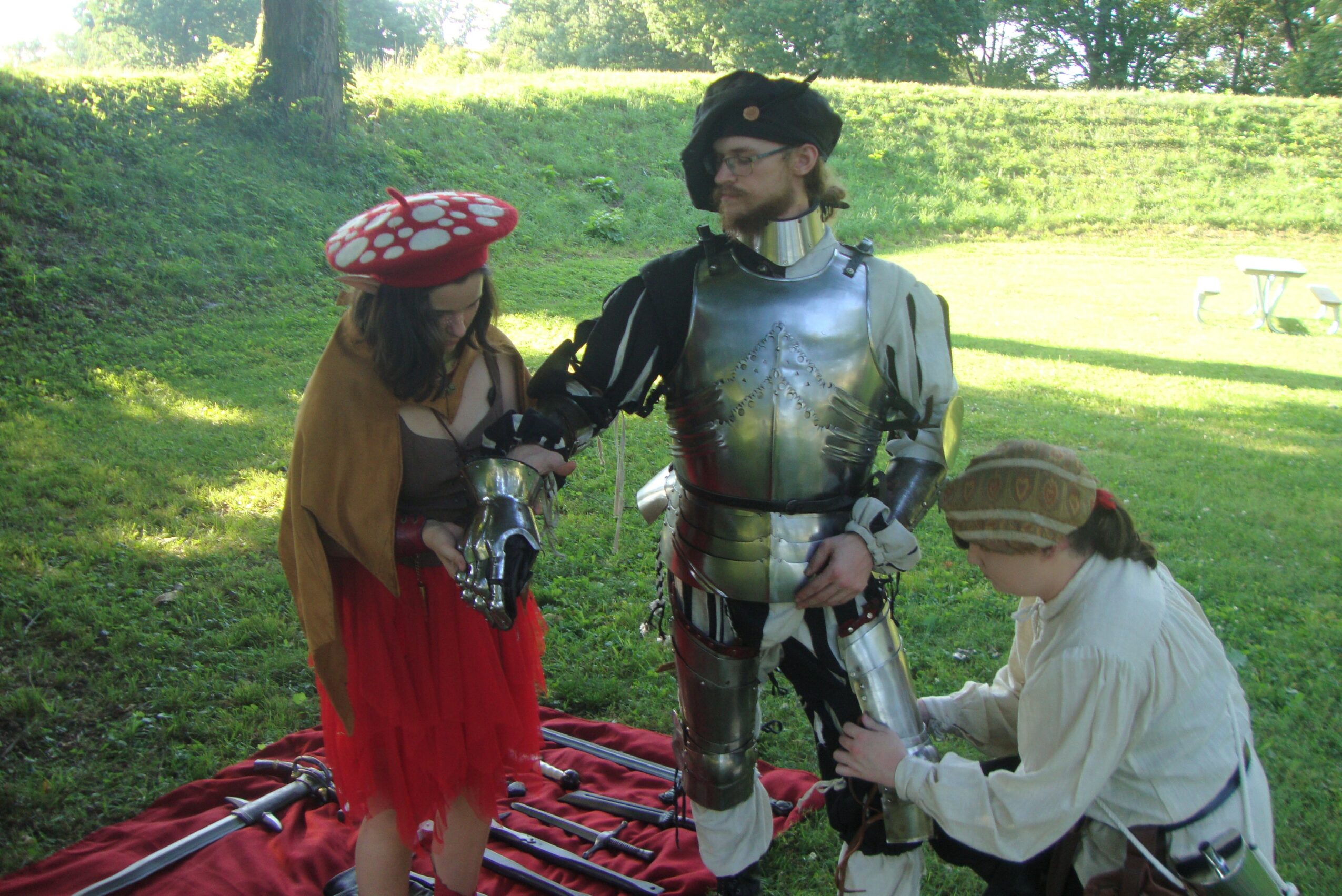 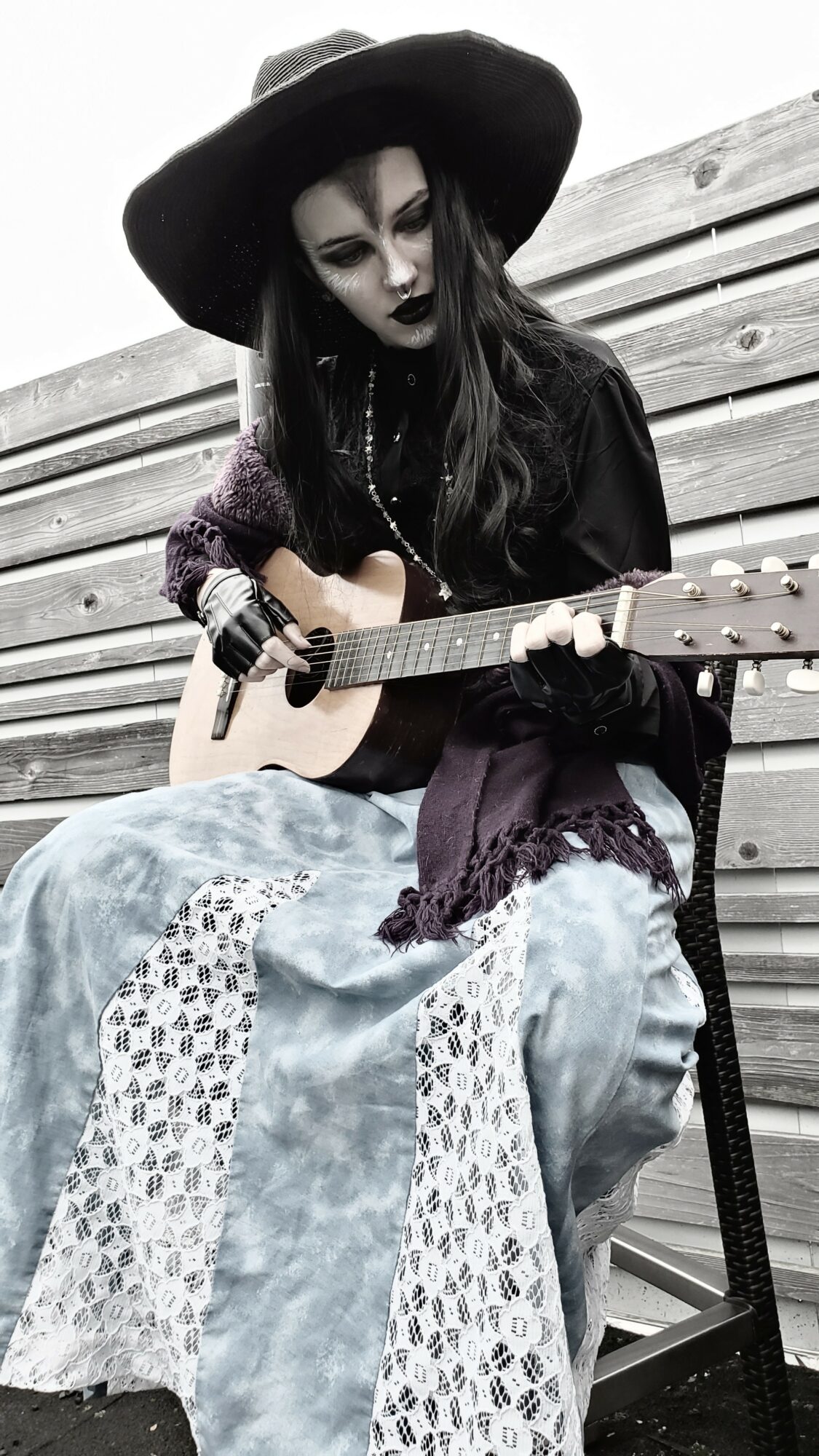 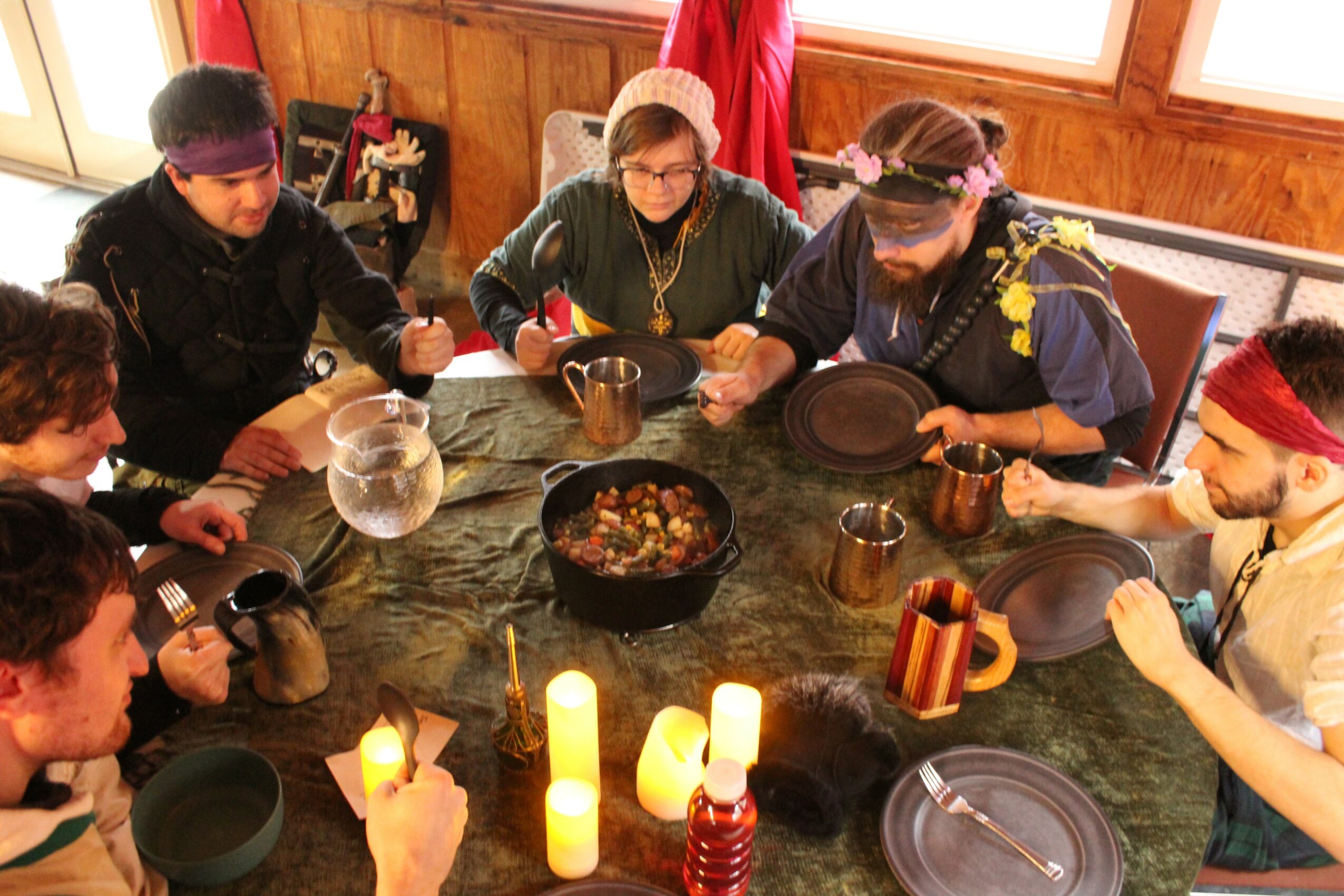 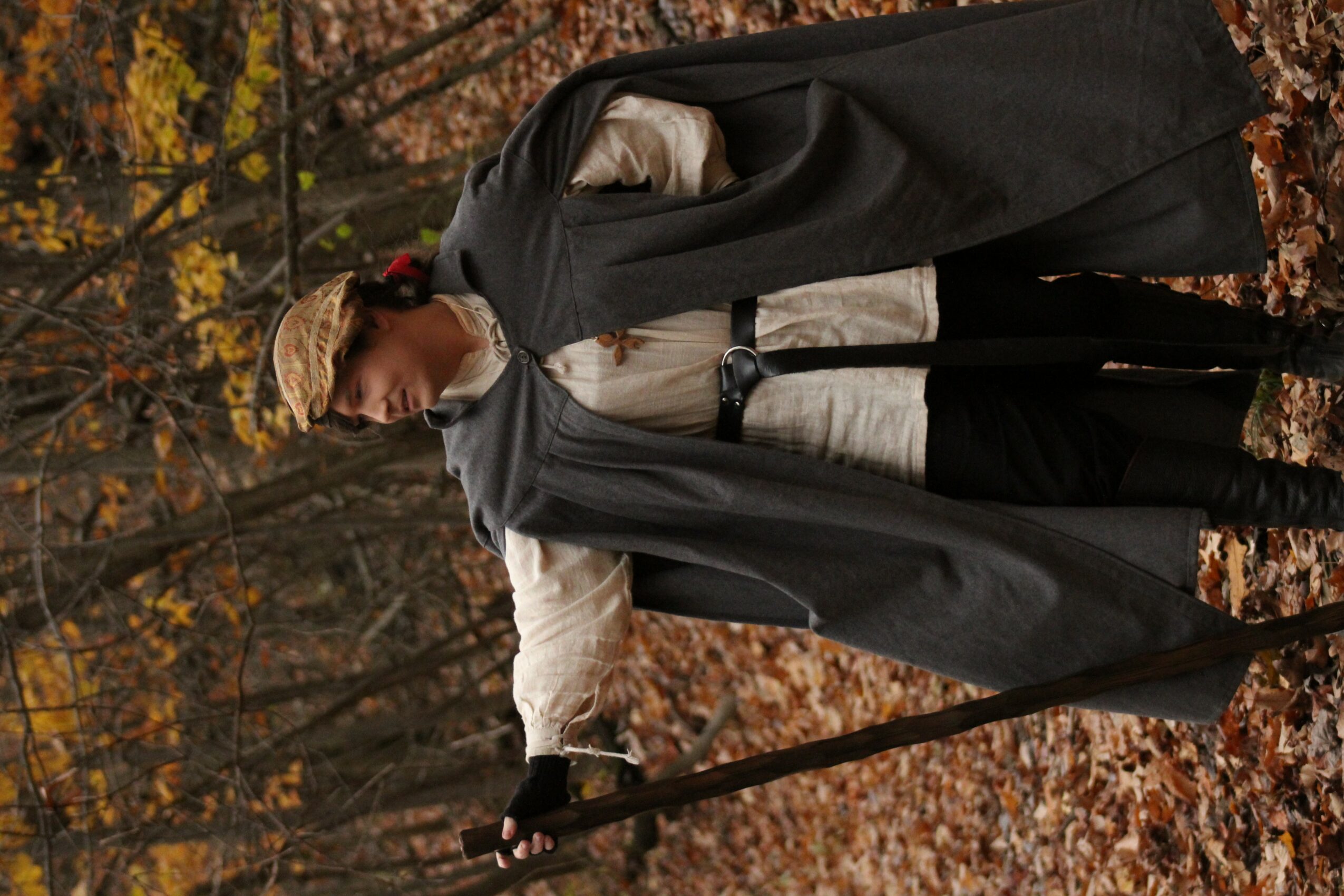 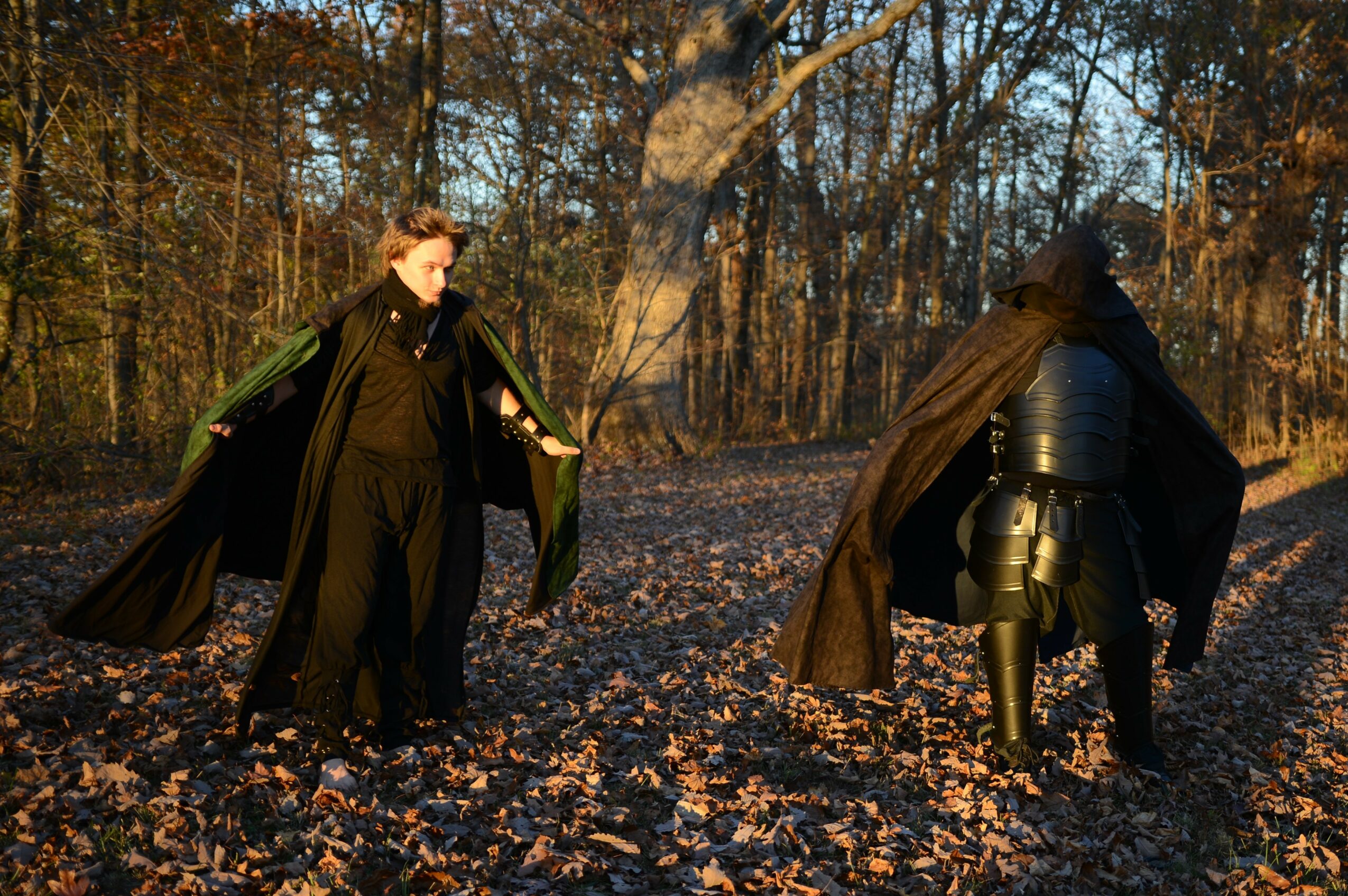 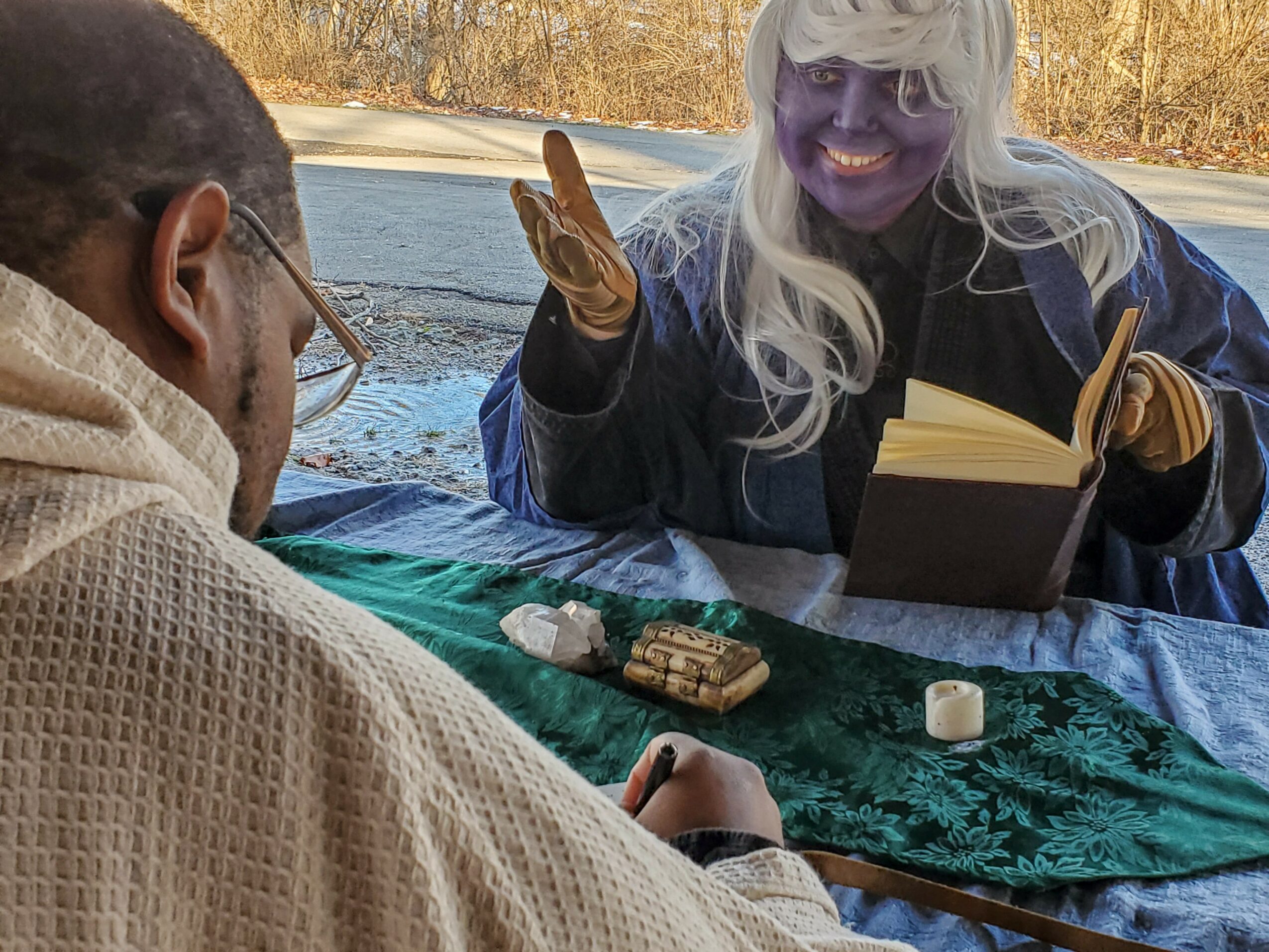 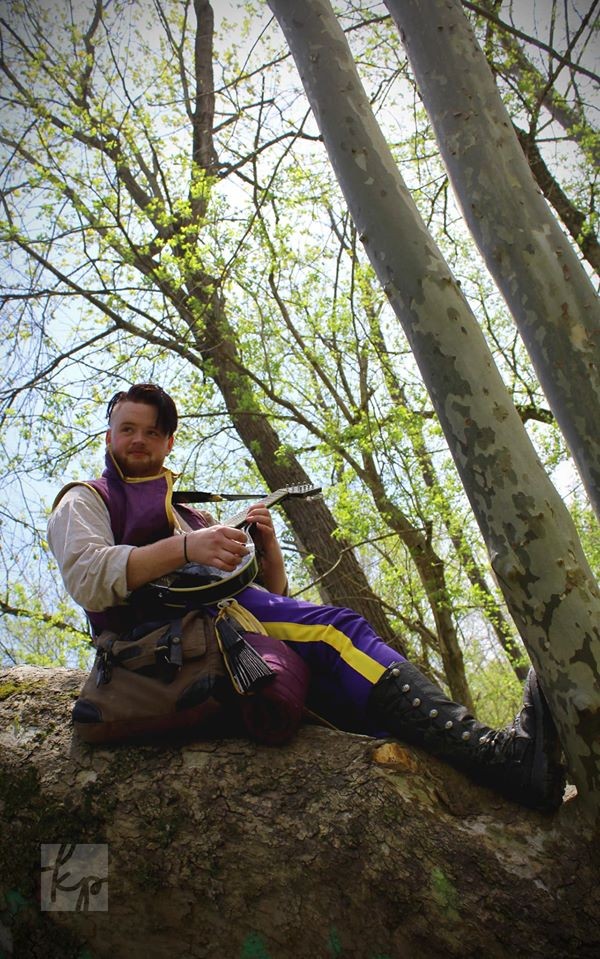