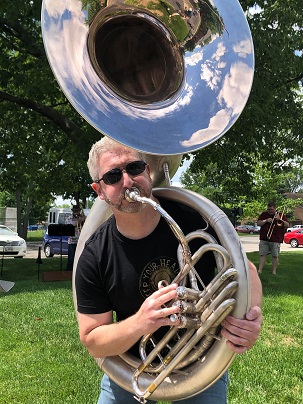 Today we’d like to introduce you to Steven Poast, the President and sousaphone player for NACHO Street Band.

Hi Steven, so excited to have you on the platform. So, before we get into questions about your work-life, maybe you can bring our readers up to speed on your story and how you got to where you are today?
It began in 2015 with a small group of employees at Nationwide Children’s Hospital who wanted to create a community band. It started small with about 10 to 12 musicians and only 5 to 7 songs. While some of the musicians were hospital employees, others were friends and family. Our first year we had one public performance, the Columbus Marathon. This has turned into our anniversary gig and each year we tailgate early in the morning, then set up to prepare for about three hours of playing for all the participants.

Our mission is to use music to raise awareness and support for Nationwide Children’s Hospital and Ronald McDonald House of Central Ohio. We play many performances for patients, families, and staff. It’s been great to see the smiles on people’s faces when we play. Audience size doesn’t matter to us. If we can make one patient, one family forget about their troubles for an hour, then we’ve done our job.

Seven years later the band has grown in membership (over 60 musicians), talent, heart, and music catalog, we have over 200 charts! We have averaged more than 50 performances the past three years and formed into a 501.c.3 nonprofit organization. We believe music is medicine and aspire to use music to provide a positive distraction from stress and worry for patients, families, and the community. The only requirements to join the band is the desire to play and help the kids and families at the hospital. If you would like to join in the NACHO mission either as a musician, hire the band for an event or donate to their fundraiser for the Ronald McDonald House of Central Ohio, go to nachostreet.org for more information.

Can you talk to us a bit about the challenges and lessons you’ve learned along the way? Looking back would you say it’s been easy or smooth in retrospect?
One of the biggest struggles early on was finding places to play. We were new and honestly a different type of band than most have seen. I started cold calling different events around the city to see if they needed or wanted a band. We had some videos that I could send to give them an idea of what we do and that got the ball rolling. After a short time, those events led to other performances, which led to others, and so on. Now we’ve gone from playing only small community events to major Columbus events like ComFest, HighBall Halloween, and Jazz & Rib Fest.

Getting musicians, especially woodwind players was a challenge for the first 3 years. Several of us are former Ohio State University Marching Band members, so playing in a brass and percussion group was nothing unusual. But we always craved the sounds only woodwinds can provide. I’m not sure how or why, but in early 2018 my inbox was lighting up with inquiries about joining the band. I think we more than doubled our membership in less than two months and many of those players were saxophone, flute, and clarinet players. That allowed us to really expand our song and music catalogue.

One of the biggest hurdles we’ve had to face is the one many have been dealing with these past two years, the pandemic. In mid-March of 2020, the governor shut down the state. We were in the middle of a mini-marathon of gigs that day. When we heard the news, we were stunned. So much of the momentum we had built over the past 2 years just stopped. We had to step back and evaluate if and how we could continue to move forward.

We went back to our mission, support the hospital, Ronald McDonald House, and the community. What did they all need, a positive distraction! That was something we could provide. So, with only taking 10 days off, we began our Social Distance Tour. We worked with different organizations, families, the hospital, and Ronald McDonald House to provide musical performances at a distance, so people could have something to enjoy. Many of us had played in marching band, either in high school or college, so the idea of being spaced apart and playing was no big deal.

We played in front yards, parking lots, sidewalks, any place where the band and our audiences could gather safely. We even partnered with other nonprofits to help them in their fundraising. Between April and November of 2020, we played over 40 performances in the Central Ohio area. We even live-streamed our shows on Facebook to reach a wider audience…and it worked. We gained followers from across the United State and different parts of the world. We had a big following in Brazil. I would argue that we were the only band in the world playing consistently during the first year of the pandemic. Not a week went by where we didn’t play at least one or two shows. The comments and feedback from the audience was heartwarming and motivated us to keep going. And because we were the only regular gig in town, we had several musicians sit in with us.

Thanks for sharing that. So, maybe next you can tell us a bit more about your work?
My day job is as a Sr. Technology Trainer for Nationwide Children’s Hospital. Before getting hired at the hospital, I joined the band which helped me get to know a lot of people in the organization who in turn, helped me prepare to interview for the job I have now. I develop in-person and virtual training classes, along with eLearning and digital materials. My background is in education with a bachelor’s degree in Elementary Education and a master’s degree in Educational Technology.

I love being able to see how information works and travels throughout the organization and how that impacts the patients and families. As a former elementary and middle school teacher, and parent of a child on the autism spectrum, I bring a unique perspective to my classes. I am also in the unique position to share the band’s mission with hospital staff and find those closet musicians hiding throughout the organization and get them back into playing.

What does success mean to you?
For us it’s simple to measure success…the smiles and laughter we get from the audience. After performances we hear from patients and families about how much our performance made their day, even week. They go through so much and to know that our 45 – 60 minutes of musical fun and silliness helped give them a break from all that, well there’s nothing better.

Because of that, our musicians have stepped up their game, whether that’s improv soloing, learning harder music, or adding fun schtick to a show. They see how much of an impact it has on the audience, which in turn makes them want to do more. It’s so much fun to see them develop as both musicians and performers.

This all helps in our ability to fundraise for the hospital and Ronald McDonald House. We have a great group of musicians who put on a wonderful show. Pair that with the stories we share from patients and families and people want to support that with their donations. It’s amazing to see and hear the donors’ stories and connections to our mission.

It helps support our belief that music is medicine. 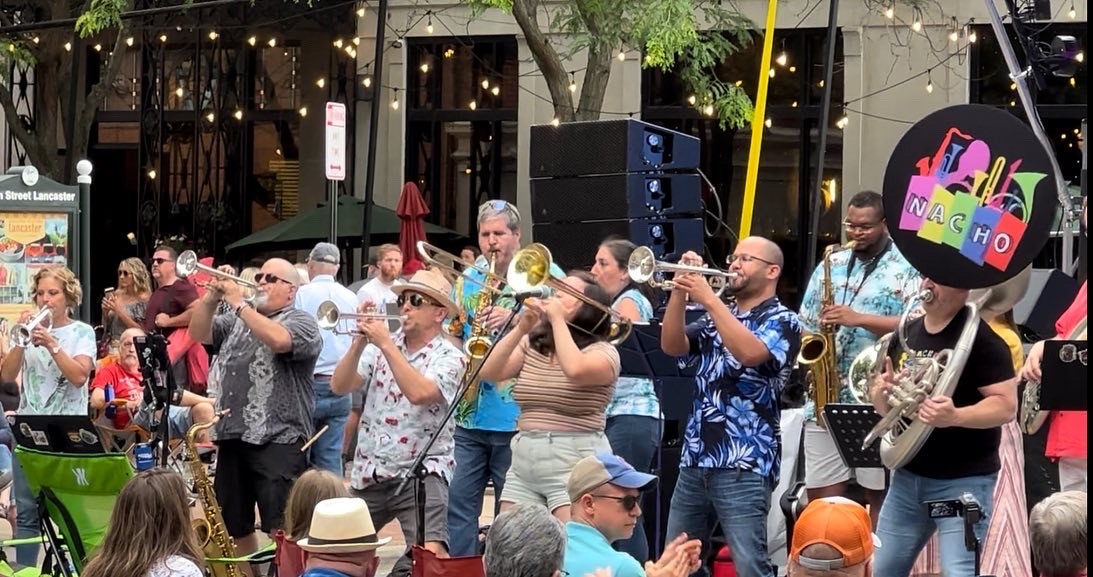 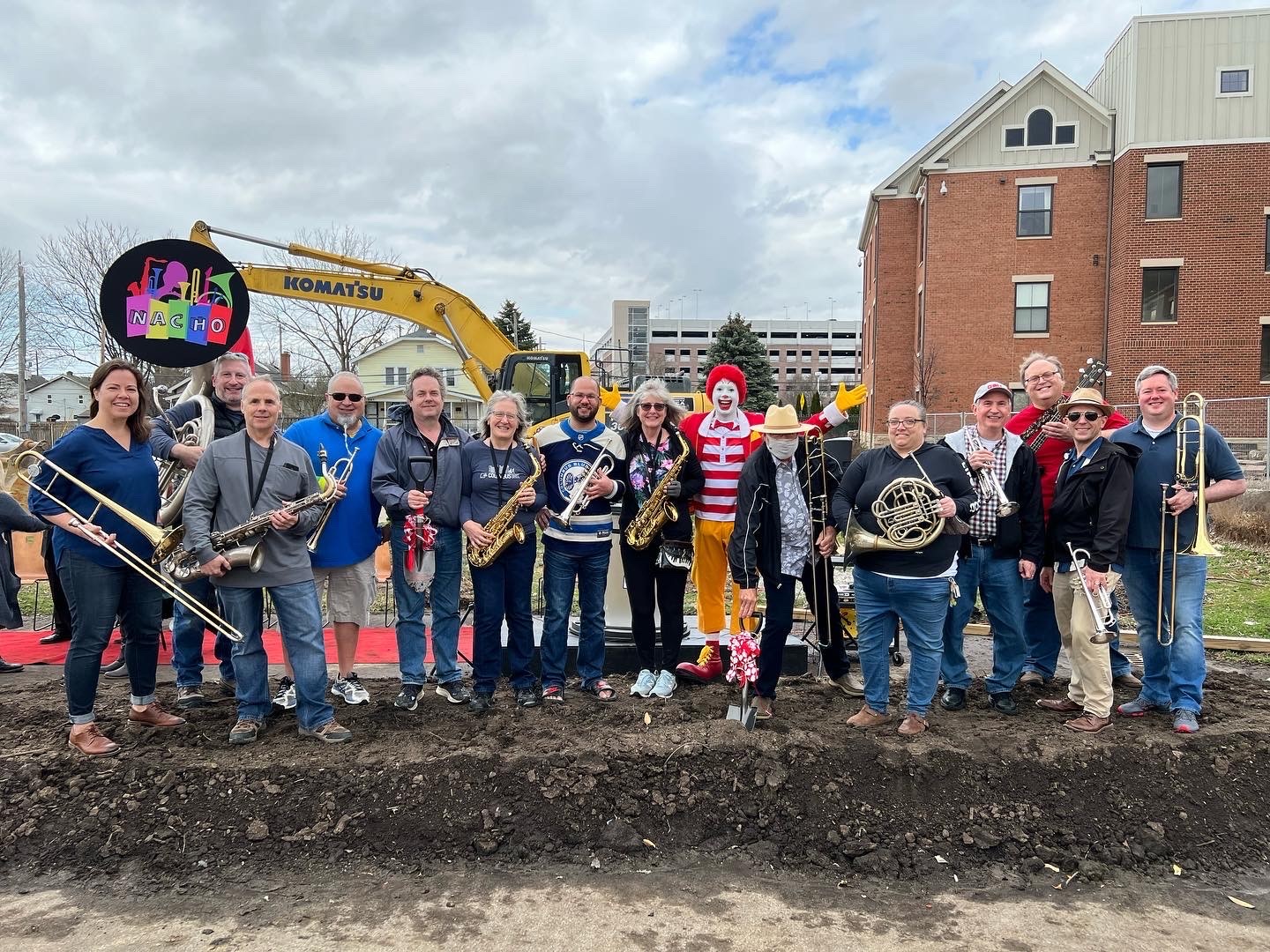 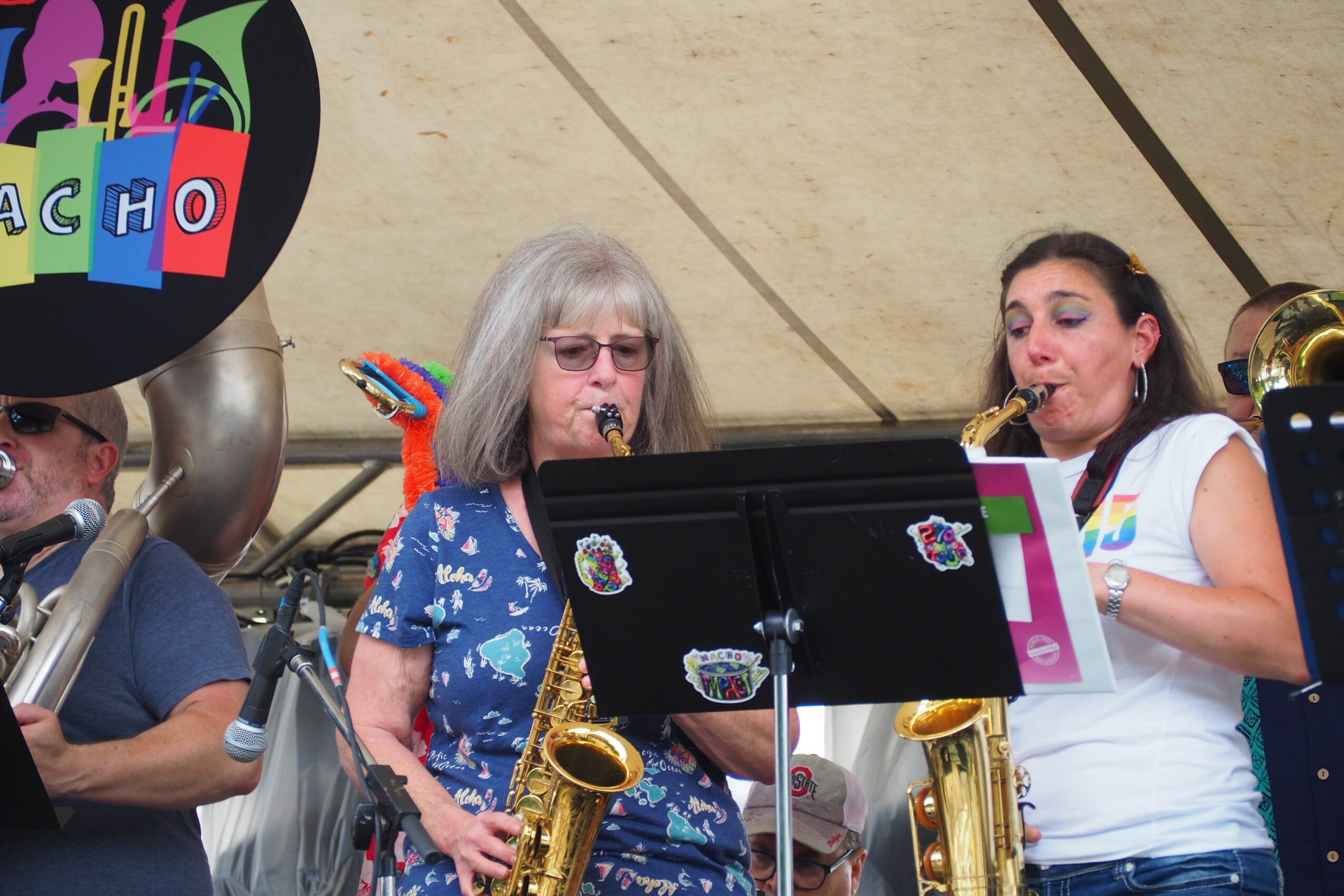 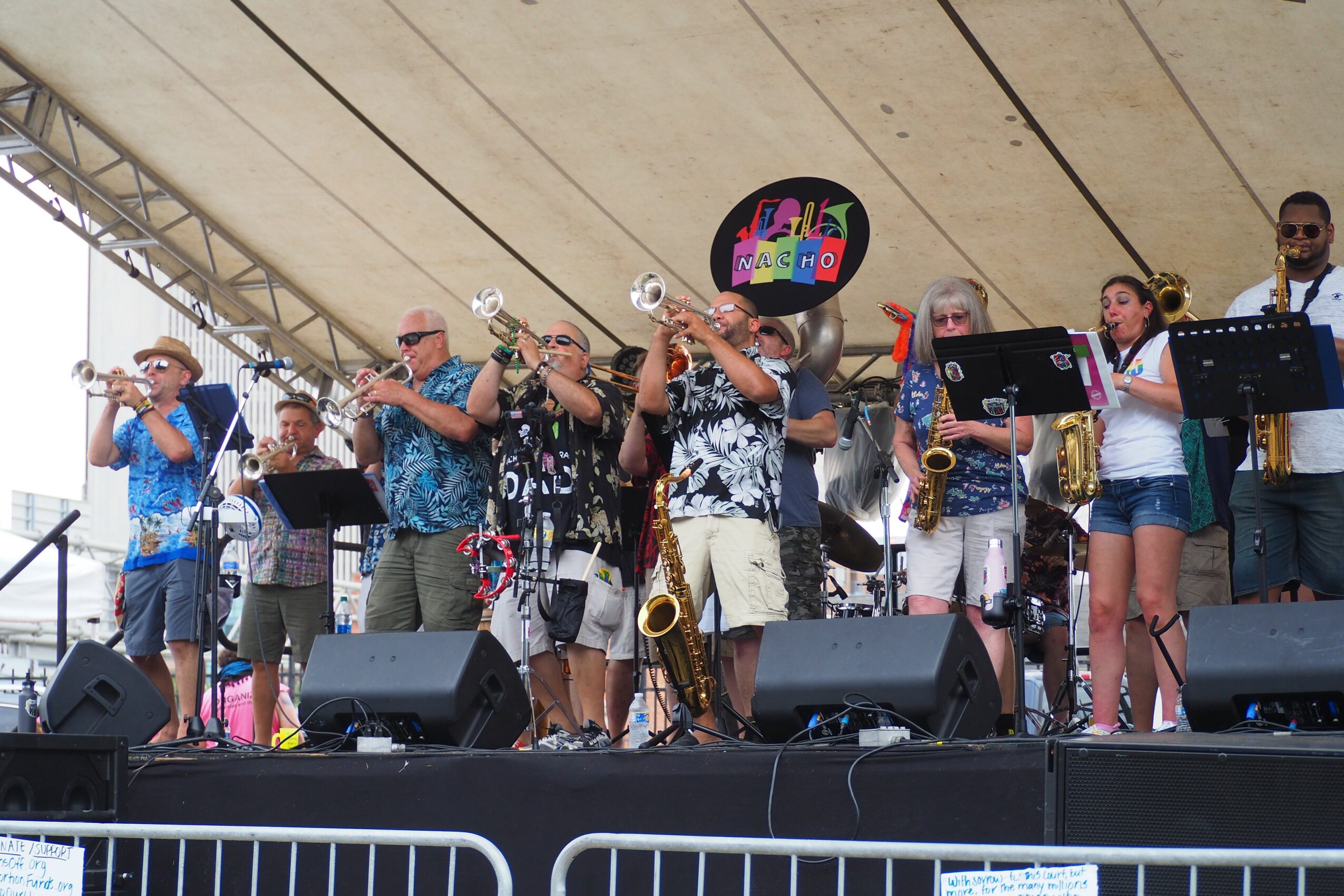 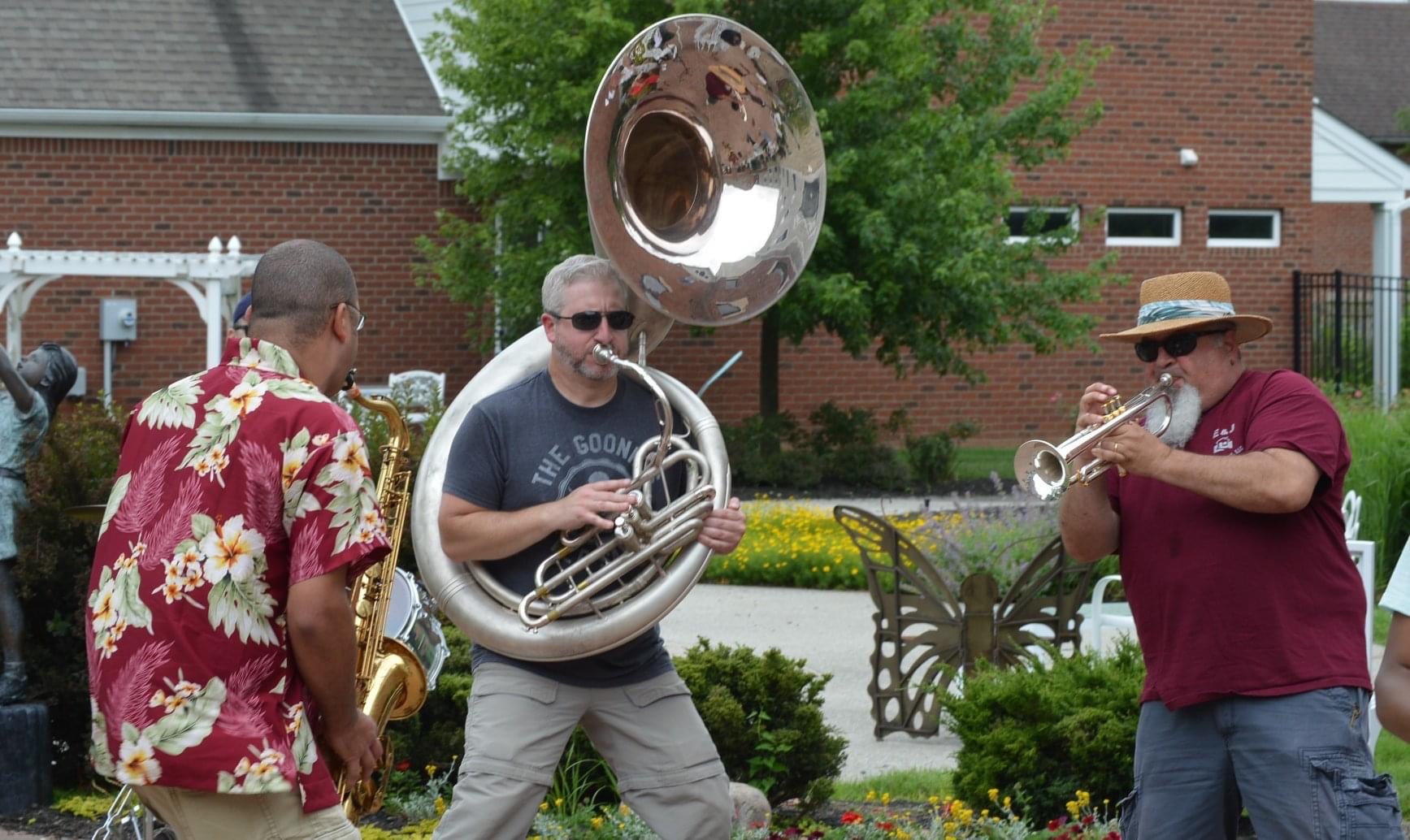 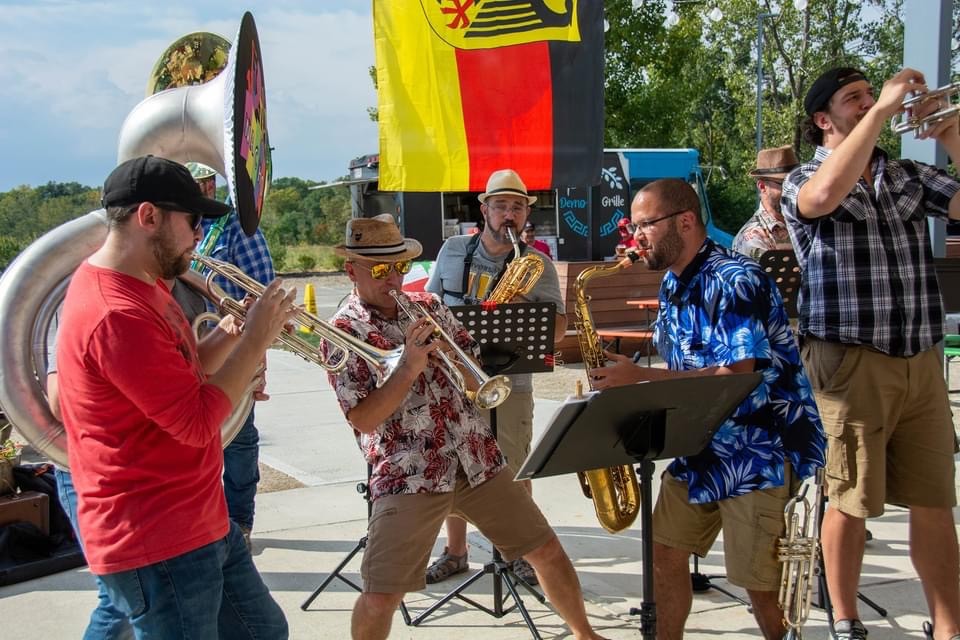 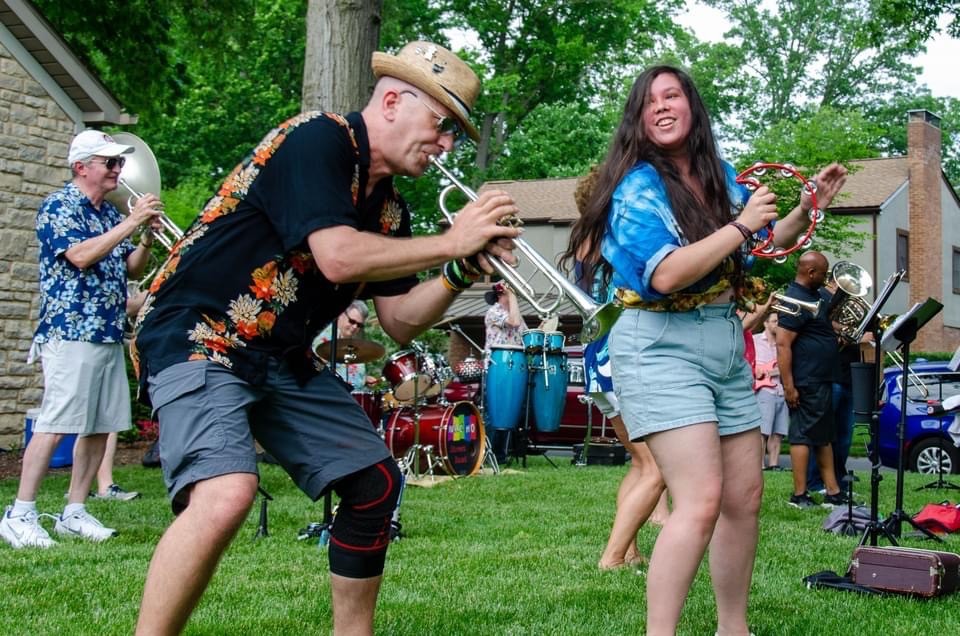 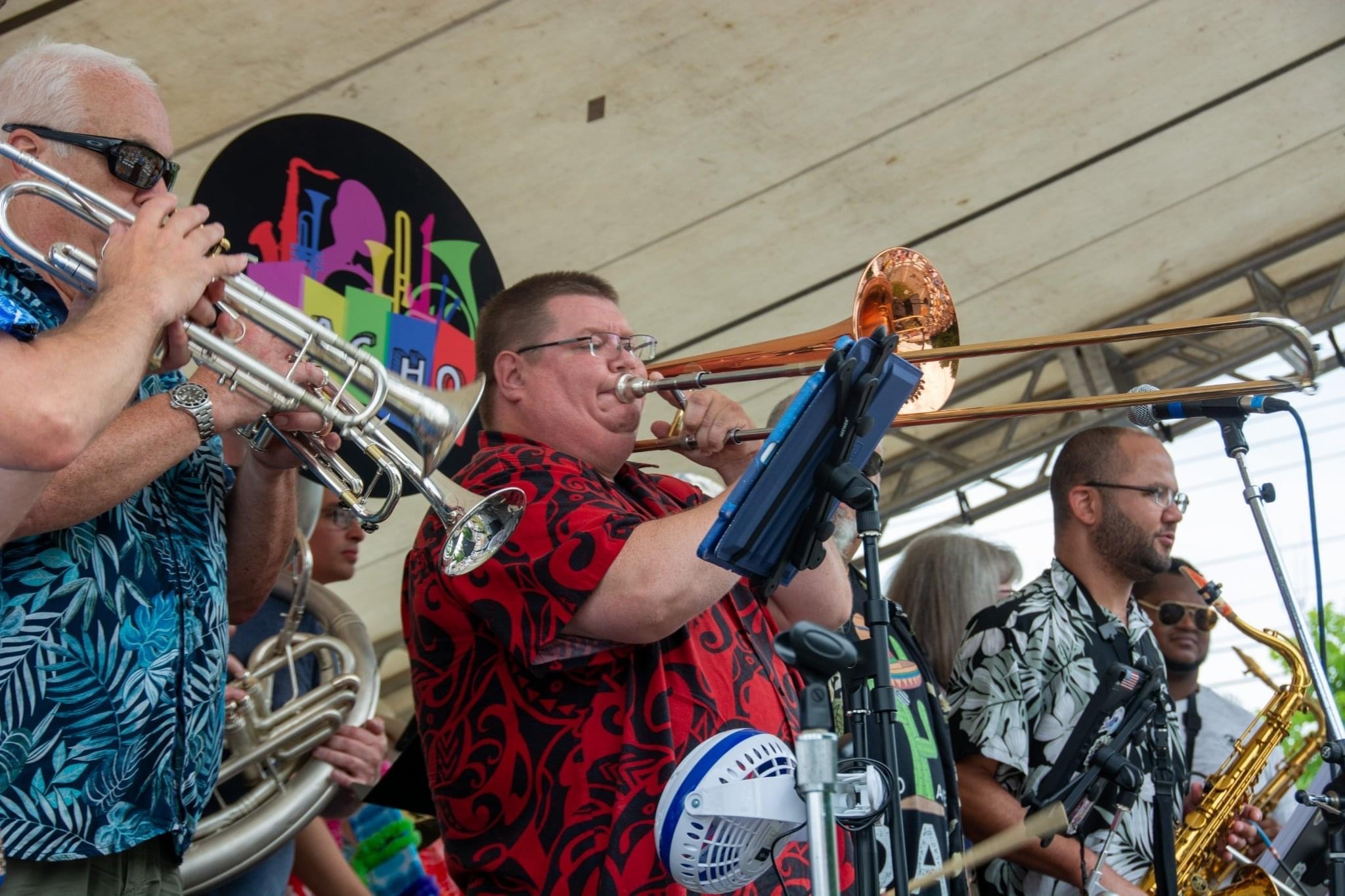